Want to flush out some of those wasteful habits at home? Abi Jackson taps into some easy ways to be more water-aware.

It’s surprisingly easy to forget how lucky we are to have free-flowing water at the turn of a tap, considering – as WaterAid highlights – one in nine people on this planet still don’t have access to clean water close to their home.

The average person in the UK gets through 150 litres of water a day, and while it might seem we have an abundance of the stuff (it certainly rains enough, right?), water doesn’t just magically appear in our pipes – there’s a lengthy, energy-consuming process involved in getting it there and ensuring it’s clean.

In the grand scheme of things, the carbon footprint associated with each litre of tap water is relatively tiny (exact figures are unclear but estimates range from 0.298g-0.79g C02/litre) compared with things like running a car, for instance (the average new car emits 120.1g C02/km, according to the SMMT New Car Report 2017), and is vastly smaller than that of its bottled water equivalent – so nobody’s suggesting a mass tap turn-off.

But, with climate change and sustainability becoming an increasing priority, running water isn’t something we should take for granted – and the least we can do is try not to be wasteful. Here are seven simple ways to waste less water at home… 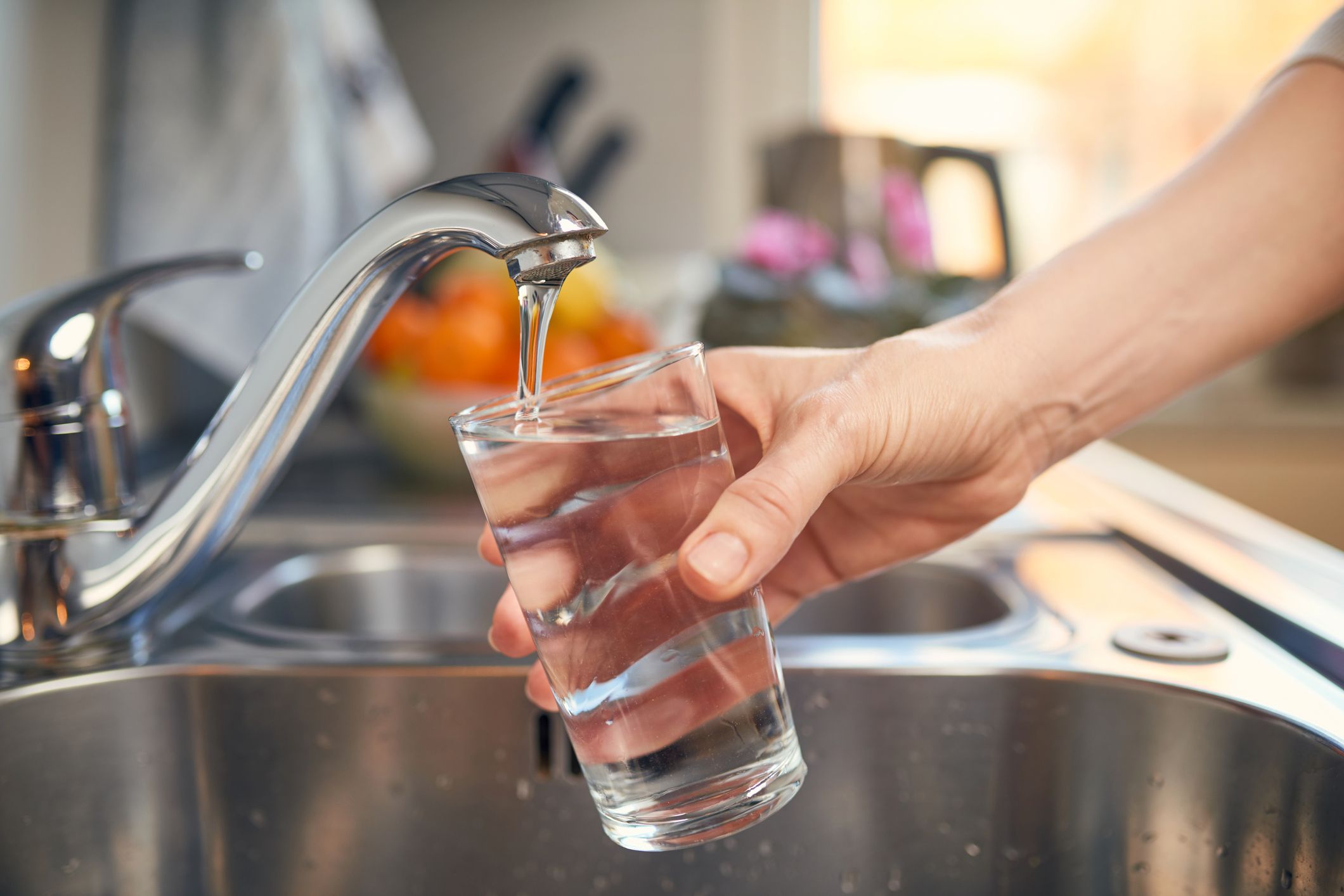 Not only is a dripping tap really annoying, but, according to the Energy Saving Trust, they account for around 5,500 litres of water waste a year. So don’t leave leaky taps to drip on for ages – tighten them up yourself if you can or get a plumber in to fix them.

Don’t leave the tap running when brushing your teeth

Tend to leave the tap running while brushing your teeth? That’s around six litres of water per minute just washing wantonly down the plughole. This is one of the simplest bad habits to break – just wet your brush, turn off the tap, then turn it back on quickly at the end to rinse. You’ll quickly get used to it.

Use a washing-up bowl

The same principle applies to doing the washing-up. Filling a bowl tends to use considerably less water than washing each item under a running tap. Plus, as ENGIE points out, washing up twice a day with a bowl, instead of leaving the hot tap running, could save around £25 a year on your gas bill and around £30 a year on your water bill (if you have a water meter).

You like a nice hot shower – who can blame you! But we really don’t need to turn the water on a good five or 10 minutes before getting in (if it really does take this long for your water to heat up, isn’t it time to get the boiler checked?). Nobody’s saying you need to stop having baths, or you should be taking cold showers; just make sure the water you’re running is being used, not mindlessly wasted.

Switch to a low-flow toilet flush

Older toilets can use around 13.6 litres of water per flush, while more efficient modern ones, or ones with low-flow fixtures installed in the plumping, can reduce this to an average six litres per flush – so it’s worth ensuring your loo is operating on low-flow mode.

As many gardeners will know, hosepipe bans do happen, but a good solution for trimming water waste in the garden is by investing in a suitable means of collecting rain water. There are a number of solutions out there for this – tap up Google or ask at your local garden centre for advice.

Be mindful of dishwasher/washing machine use

If you really must run a small load through the dishwasher/washing machine, use those eco and half-load settings (your energy bills will thank you too). Better still, try to get into the habit of being a bit more mindful of how frequently you’re putting on a wash. For instance, you really don’t need a fresh towel with every bath/shower (keep the room well ventilated and hang them up to air), and if you’re in the habit of tossing things into the laundry basket on auto-pilot, consider whether each item could last another wear or two (common sense of course – this doesn’t extend to underwear and sweaty vests!).