TheBoldAge discusses how golf helped Terry in his battle with Alzheimer’s, through the eyes of his best friend, David Cope who, along with others, helped him carry on enjoying the game.

Winding back the clock, “we’ve been mates for over 25 years and started playing golf together, pairing up and taking on all-comers,” said David.

Super fit and healthy, playing off a handicap of 14, Terry was always very competitive and had a favourite saying, “I just like winning.” Then about 8 years ago, out of the blue, Terry was diagnosed with Alzheimers. It would have been easy to give everything up, but that wasn’t Terry’s way and as a group we wanted to help our friend through this difficult period; helping him to carry on playing golf for as long as possible.

Whilst Terry is currently in a dementia assessment unit and will transition into full time care, he was until recently playing golf and still winning. 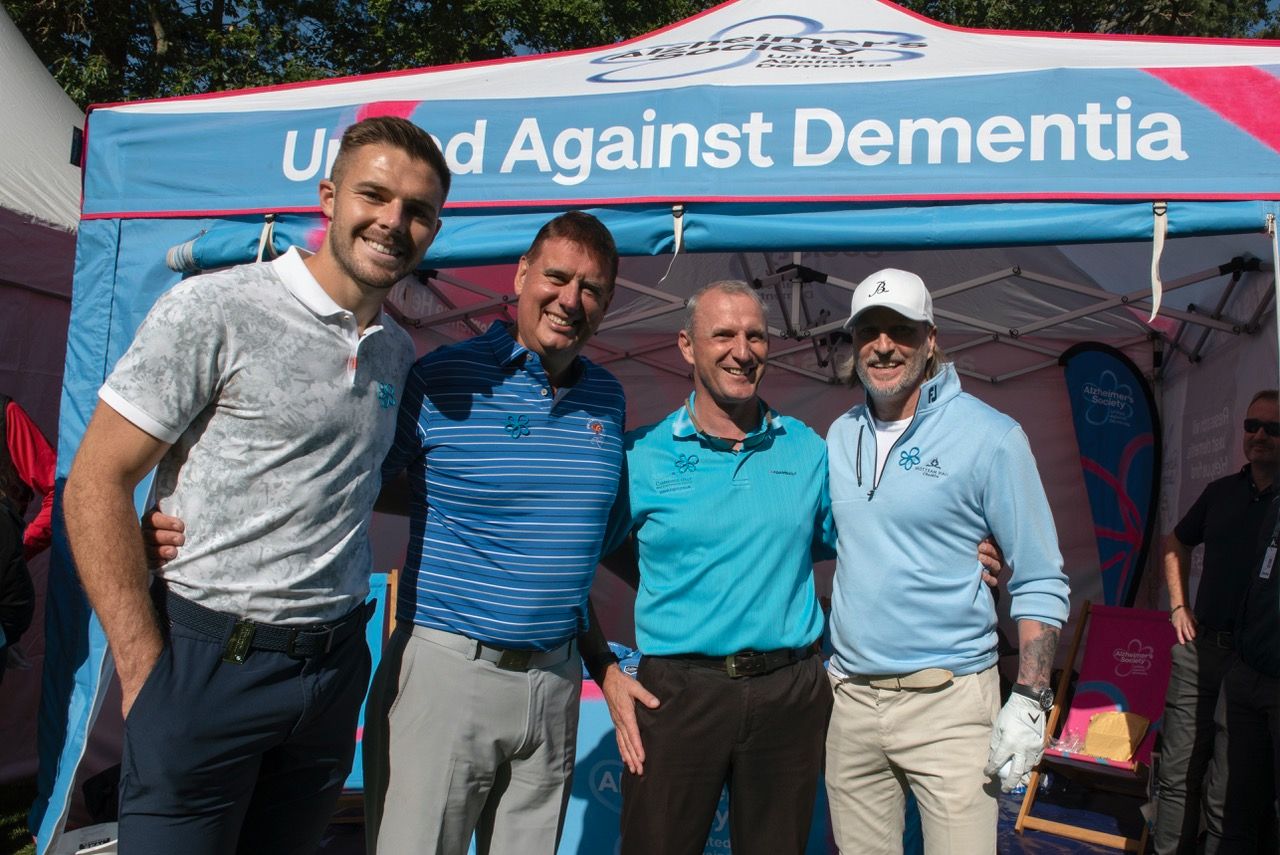 Dave strongly believes that golf and keeping active helped slow down the progression of the disease, giving Terry a better quality of life. The benefits of golf are numerous, according to Dave, it’s not just the 8-mile walk, it’s the physical challenge of the game – the motor skills and muscle memory in swinging a club and being in the open-air. Then there is the mental side of golf, the strategy and tactics, having a chat with your mates, and of course the 19th hole. All of these played their part in helping Terry.

Not only was a round of golf important for Terry but it also gave Debbie, his wife some valuable weekly downtime so she could relax, have some me-time and catch up with friends over a coffee.

Dave explained that at the beginning Terry could still choose the right club, he could follow and find his ball. However, over time this became more difficult. He would forget where his ball went and not remember which was his ball. So, we developed several simple strategies to help. For instance, we created some consistency with Terry always playing with a yellow ball, this helped him to quickly identify his ball. He would also tee off last so we could all follow his ball and talk through where it had gone – for us to remember and for Terry to have both the visual and auditory memory of where the ball had gone. Later, one of us would always go with him saying that we were going to look for our ball as well. We would all discuss our distances and club selection, asking him what he thought, that way he didn’t feel he was being helped.

What amazed us was that Terry could still drive 250-300 yards, his muscle memory seemed to take over. 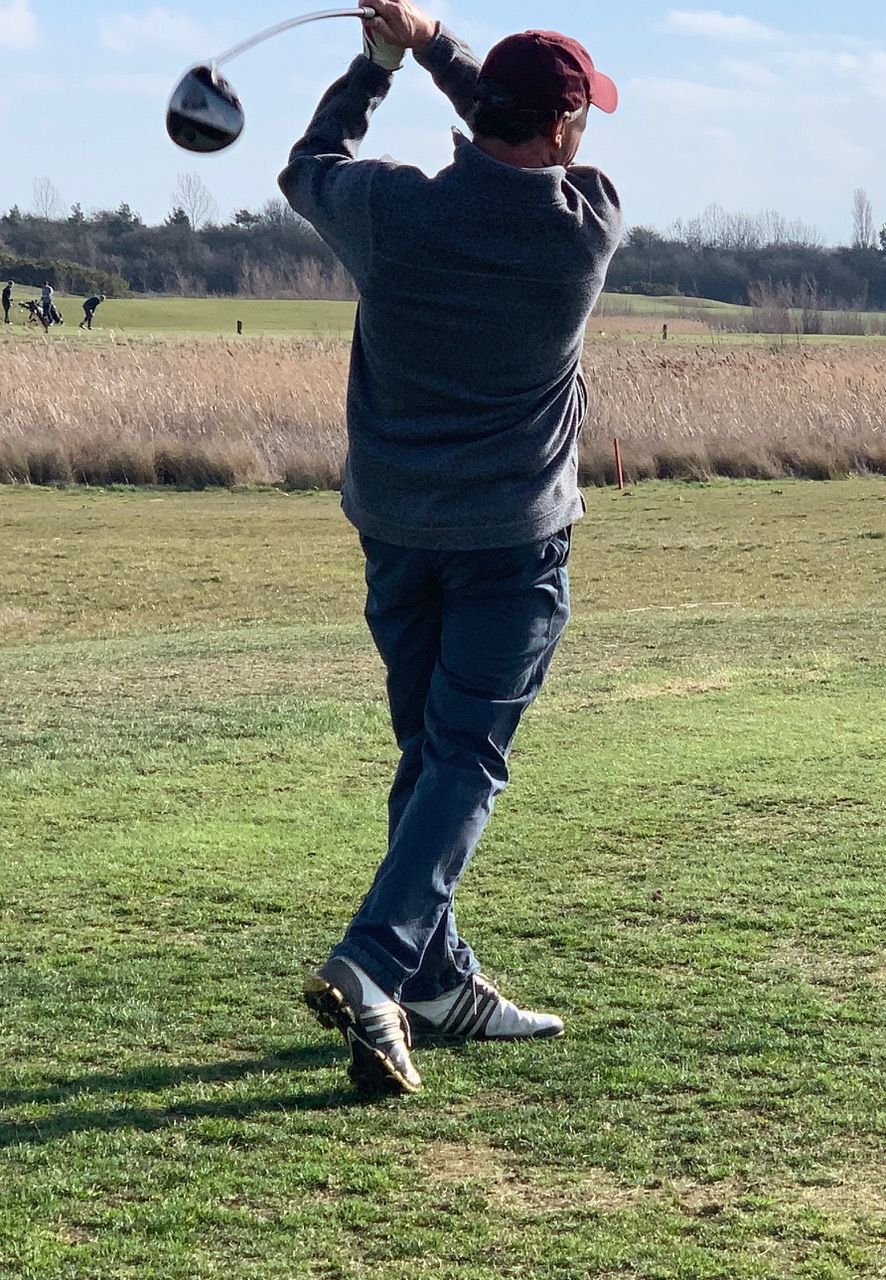 However, whilst slower than expected, the disease did progress, so we adapted again. Friends would get each other’s clubs out of their bags, discussing the type of shot in front of us. We would leave our tees in the ground for him to use avoiding him having to find the right one. Each of us would have a yellow ball in our pockets to ‘find’ when we needed it. Some days, if Terry was having particular difficulty, we would say we weren’t playing in the rough today and put the ball back on the fairway – but the same for all of us. When Terry began to stand too close to the ball on tee shots with his driver and on shots with his woods we took his woods out of his bag and all had ‘mulligans’ for bad tee shots (where you have another go). Also, when more technical shots became difficult, we would suggest easier ways round it – for example putting around a bunker rather than chipping over it.

Even in the later stages of his disease where every day tasks had become difficult for Terry to do by himself we found ways round it. When he had difficulty finding a club in his bag we would always be close enough to find it for him. He also needed help to get ready - so we would do it together and help him if he needed – putting our golf shoes on, jackets on, winter golf gloves, getting a cup of coffee and so on.

Playing golf can be a frustrating game at the best of times for all of us. Coping with Alzheimers as well could be overwhelming at times for Terry – you have to be patient – giving him a moment to get over it, walking on to the next shot or talking about something else and a few minutes later the difficulty is forgotten and the focus is on the next shot.

Dave described that whilst they had over 7 years of great golfing memories, Alzheimer’s inexorable march meant that Terry’s health and safety was becoming of greater concern and everyone agreed that it was better for him to stop.

Asking Dave what he though had helped the most, he reflected and outlined 7 key things: - Friendship and having a good social support group was crucial, in particular playing with other golfers who all understood the support Terry needed. - Ensuring you kept going week in, week out – exercise and keeping active was really important in helping Terry battle the illness. - Getting the co-operation and understanding of the golf club. St. Ives G.C. who were just great. - Consistency was very important, the yellow ball, amongst other things, was a gamechanger. - Keeping conversation going was key, both between shots and when finding his ball, choosing the club and deciding what shot to play. - Perseverance and patience, being prepared to be flexible and adapt as things progress - Most of all maintain a sense of fun – lots of high fives and friendly banter! 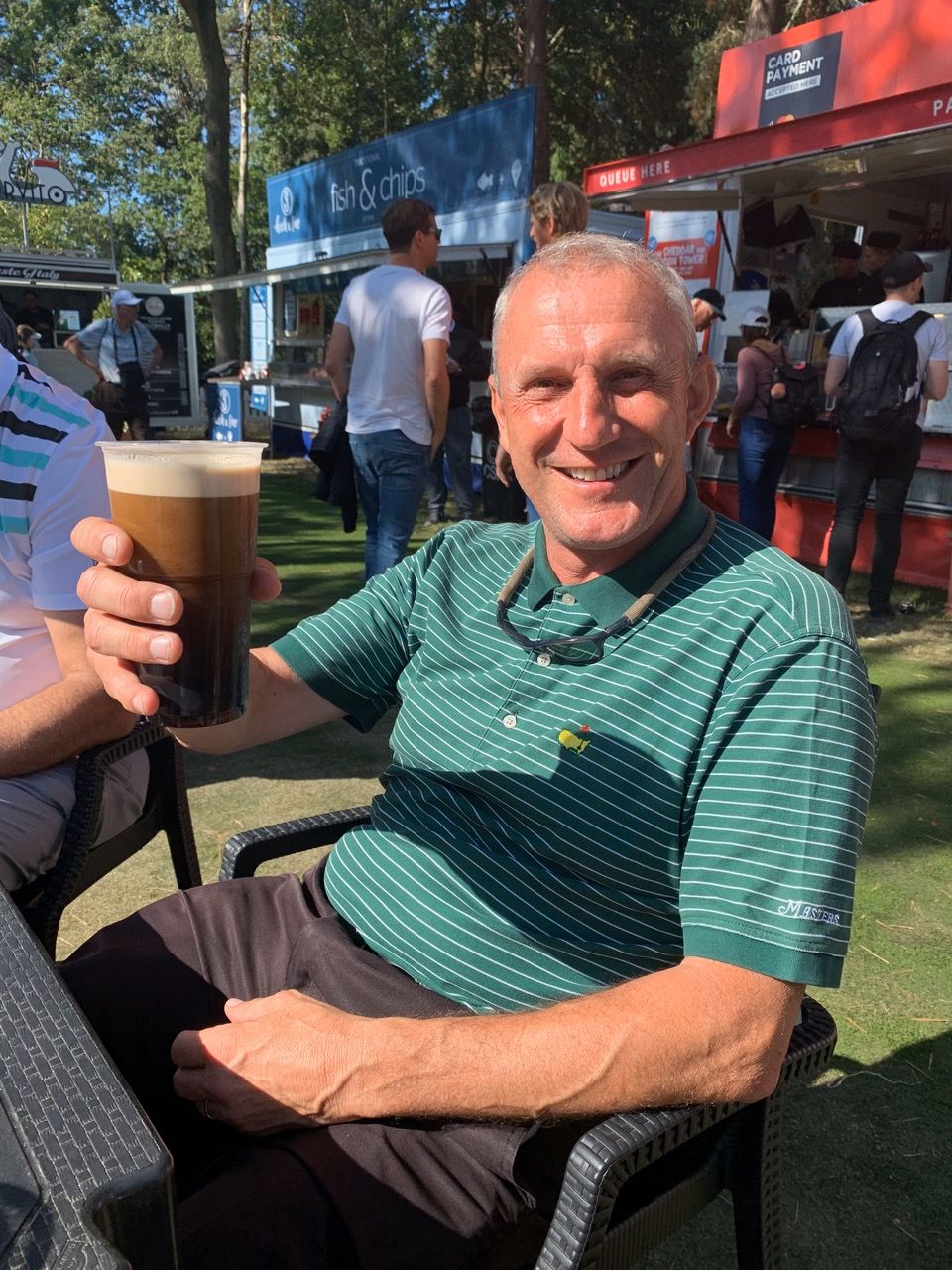