Bauhaus at over 100: The influential design movement that inspired IKEA and irritated the Nazis

As the world recovered from the First World War, the Bauhaus school started an artistic revolution in wire, stone and steel. TheBoldAge reflects

In some senses, it’s difficult to write a history of the Bauhaus, because much of its most influential work is still being done.

Though many of its artists are still widely celebrated – Wassily Kandinsky, Paul Klee and Laszlo Moholy-Nagy, to name a few – the Bauhaus itself lasted only 14 years, destroyed by the rise of the Nazis who considered it a product of decadent, communist intellectualism. Yet its legacy lives on in ever-evolving ideas and influences, more than it does in bricks and mortar. 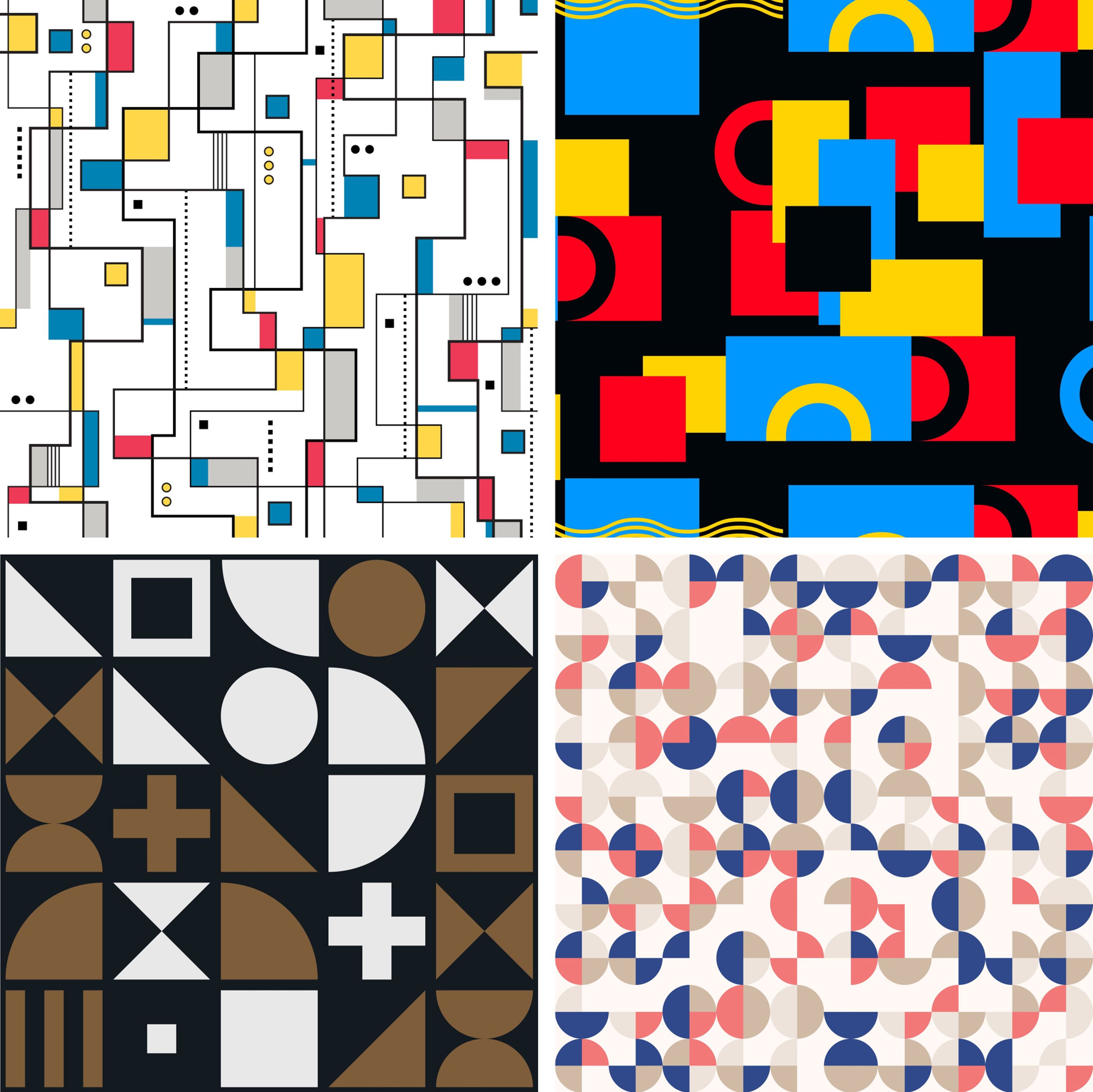 It’s perhaps this that makes the Bauhaus most unusual – it established a pervasive set of ideas, then, while they were still young and fresh, scattered their advocates abruptly across the globe, never to be reunited. Josef Albers became a teacher at Black Mountain College in North Carolina; Moholy-Nagy founded a ‘New Bauhaus’ in Chicago; Marcel Breuer passed through Basel, Zurich and London. Klee returned to Switzerland and Kandinsky fled to Paris, while a few lesser-known members made it as far afield as Chile.

With more than a touch of poetic justice, perhaps the greatest beneficiary was Israel. Many Jewish Bauhauslers migrated to Tel Aviv, and over the following decades designed the 4,000 buildings now collectively known as the UNESCO-listed White City.

The product of change

The Bauhaus was a radical movement, but it was born of a time that was radical by default. The traumatised troops streaming back from the trenches were returning to a nation in a state of flux – the Kaiser was gone, the rule of law diminished, and in the southern city of Weimar, a fledgling democracy was taking its first unsteady steps. 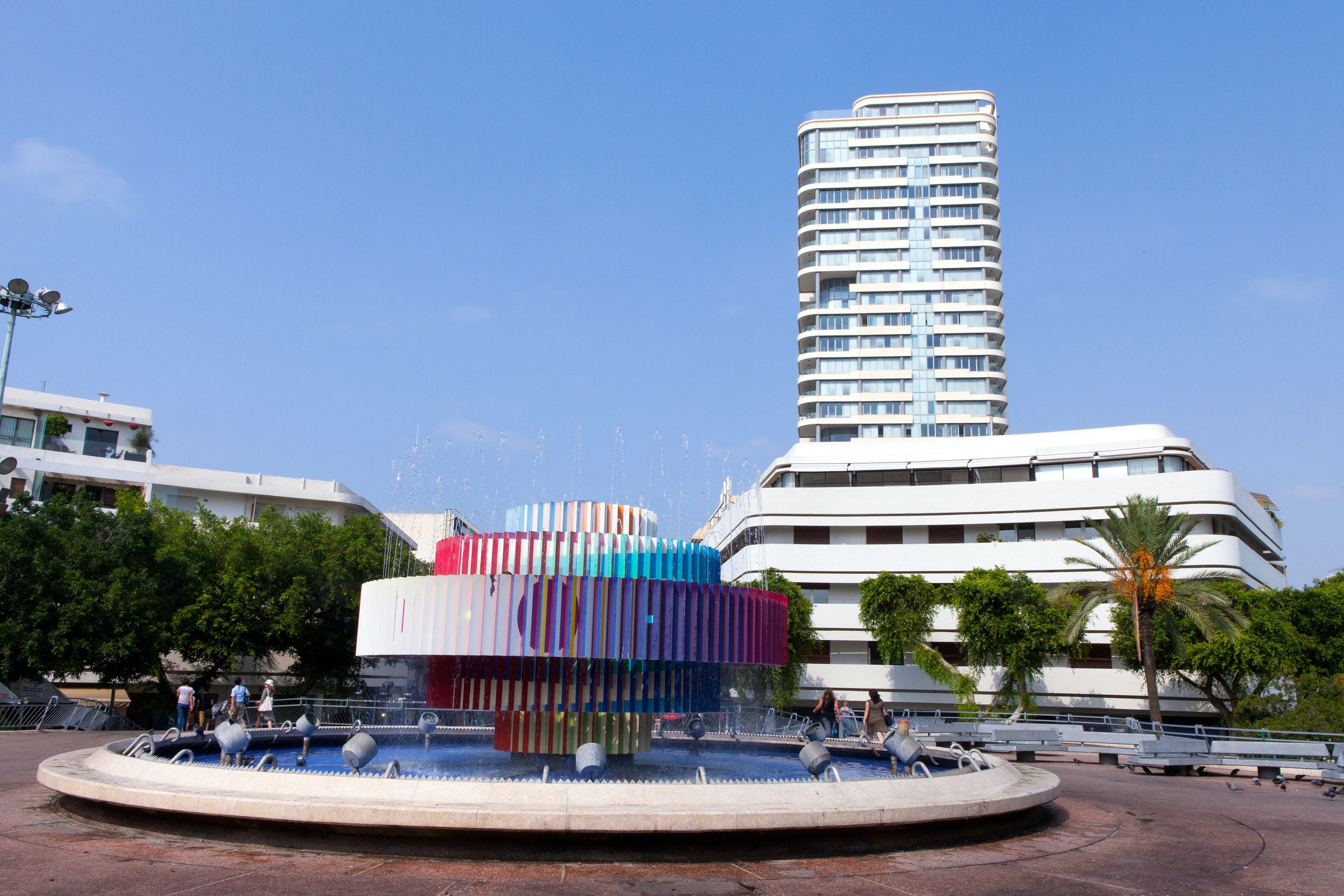 Bauhaus founder Walter Gropius was himself a returning soldier (twice a recipient of the Iron Cross), and he opened his new art school just two months after the birth of the new Weimar Republic, and a few hundred metres from the National Theatre where the new National Assembly first met. The city was in the midst of an experimental, liberal, democratic spasm, and the time was ripe for a pioneer.

‘A total work of art’

As early-20th century artistic movements go, the Bauhaus is relatively straightforward to define. While TS Eliot packed his poetry with obscure classical allusions, James Joyce ripped up narrative norms with Ulysses, and Marcel Duchamp tested artistic limits by exhibiting a urinal, the Bauhaus cultivated a concise, stripped down aesthetic, using modern materials to create geometric designs that were elegant in their simplicity.

Gone was the indulgence of romanticism and the frippery of the Renaissance, and in their place an effort to create ‘gesamtkunstwerk’ – usually translated as ‘total work of art’. Gropius set out to re-define art as a discipline, teaching students metalwork, pottery, stained glass, wall painting, weaving, graphic design, typography, theatre, and his own taught subject, carpentry. 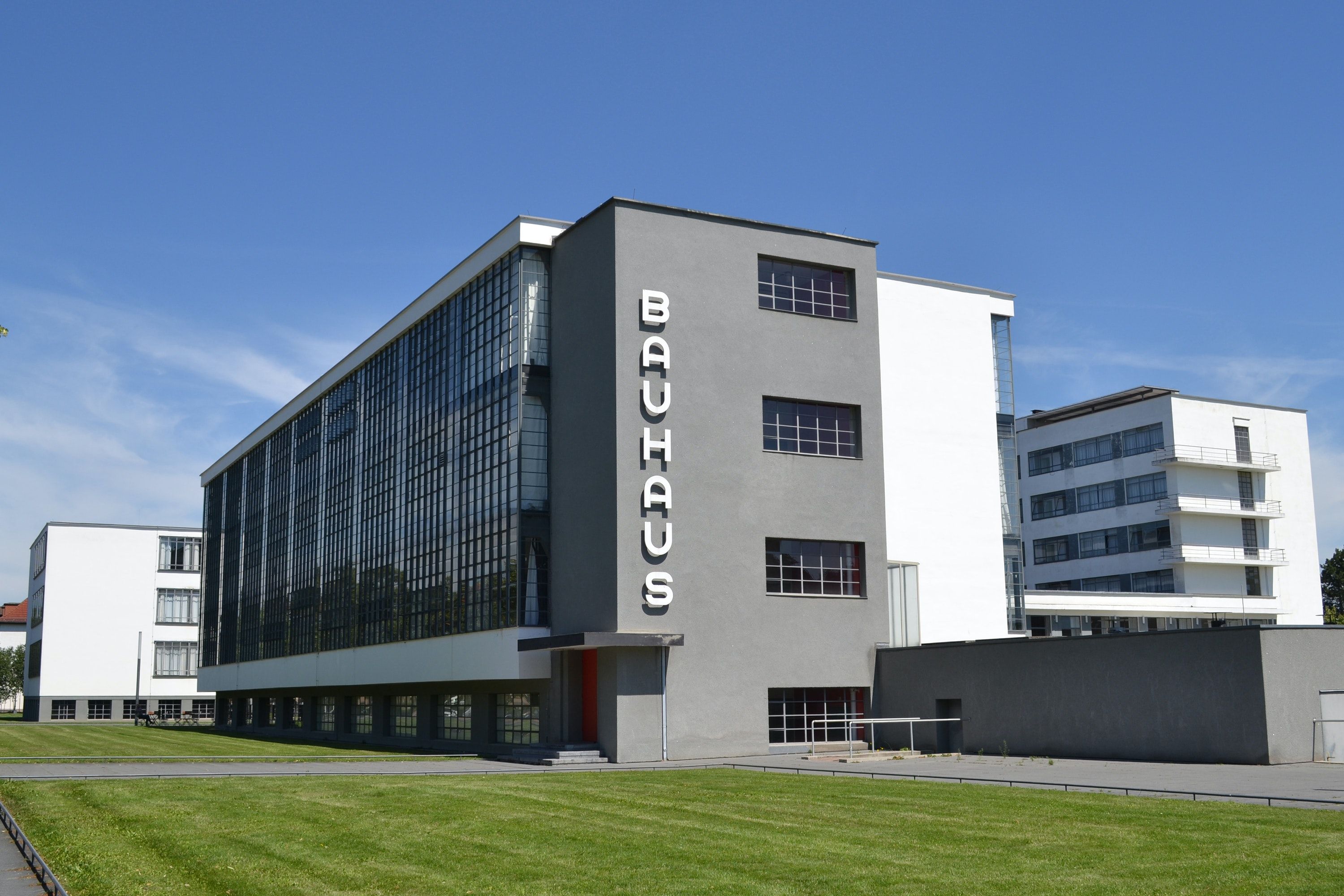 Strangely, though Gropius was an architect and architecture became central to the school’s reputation, architecture classes were not introduced until 1927.

For integrated art, you need an integrated community, and Bauhaus parties were legendary. For a group seemingly opposed to artistic extravagance, Bauhauslers sure knew how to let off steam, and would celebrate in an almost performance-like explosion of colour and costume.

Their work was often collaborative and their public events were too. The giant 1923 exhibition stands out as the moment the Bauhaus was sprung upon the world – with furniture, toys and light fixtures among the ‘art’ on display.

Not everyone was enthusiastic: With its internationalist outlook, progressive politics, and high proportion of foreign students, the school clashed with Weimar Conservatives. After a drastic budget cut, the Bauhaus moved north to Dessau.

The Dessau building – designed for the purpose by Gropius himself – is a perfect indicator of the Bauhaus’s enduring influence, mostly because it still looks completely fitting. These days, the glass facade, visible interior and flat, blocky design are pretty par for the course – but in the mid-1920s, they were anything but.

Part of the new Dessau ethos was to create designs that could be mass-produced for all. They began working with local industry, and started using industrial materials, such as the steel used for Marcel Breuer’s iconic tubular chairs. In the words of Gropius, they set out to design everyday products that “perfectly serve their function”, while being “inexpensive, durable and beautiful”.

If you think you’ve seen this somewhere before – check your IKEA catalogue. There’s clear line of succession between the Bauhaus and IKEA design maxims, like ‘form follows function’ and ‘less is more’.

Unfortunately, the trouble with revolutionary movements is that it’s very difficult to draw a line and say, ‘This is where the revolution stops’. During its dying days, the Bauhaus started to fracture, under pressure from politics both internal and external.

Gropius’s successor, Hannes Meyer, was a self-professed communist, and after a brief battle for the Bauhaus’ soul, he was dismissed in 1930. Following an unsuccessful relocation to Berlin, the school was finally squeezed out of existence in 1933. 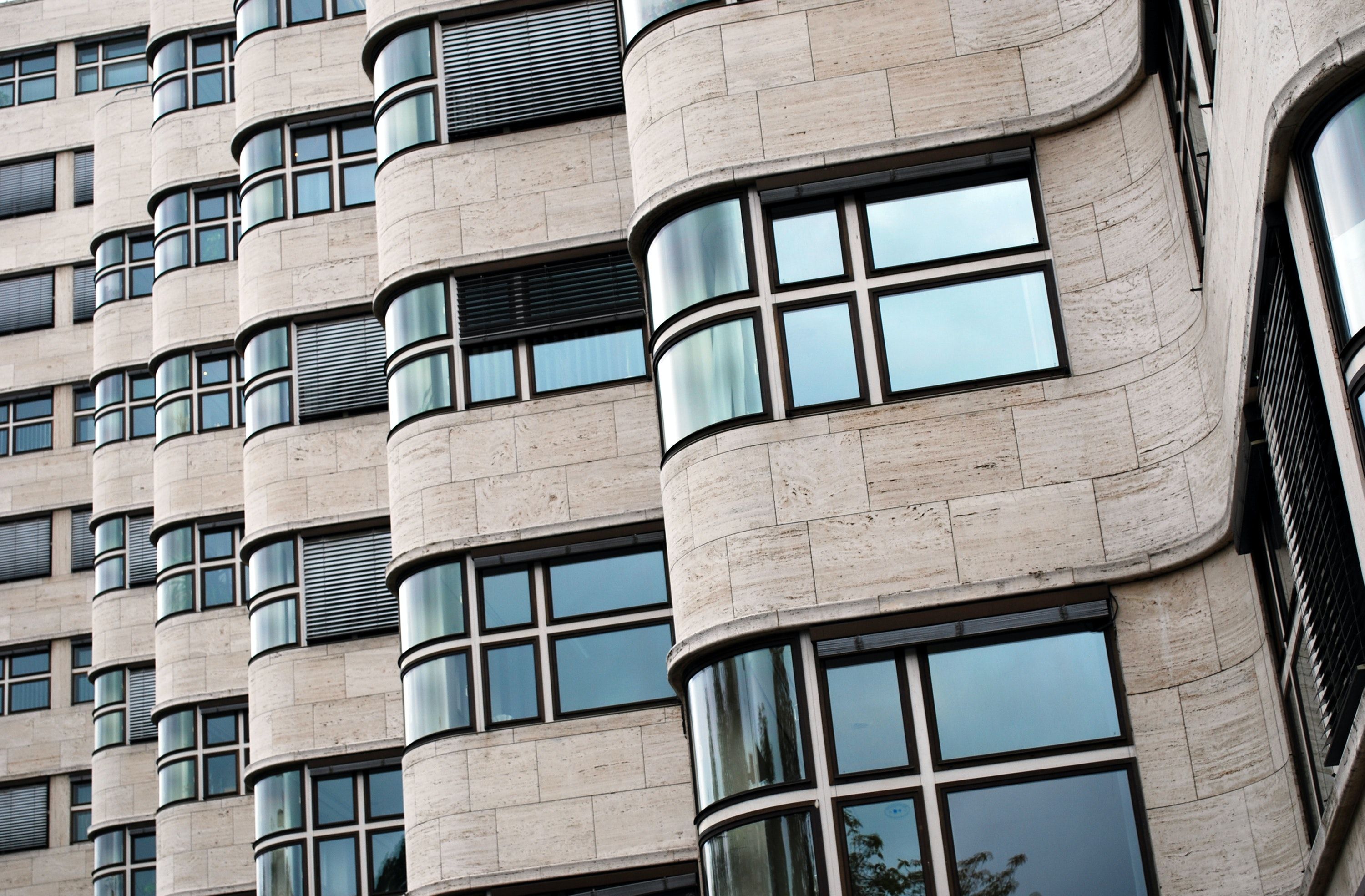 A truth only partially acknowledged

In the following decades, it wasn’t just the Nazis who were unconvinced of the Bauhaus’s charms. Gropius was unquestionably imaginative – when asked his favourite colour as a child, he replied “multi-coloured” – but in the years since his death, he’s gained a reputation as a humourless disciplinarian who was so poor with a pencil, he couldn’t even draw his own designs.

These designs have faced similar fire: In his 1981 polemic, From Bauhaus To Our House, Tom Wolfe blamed the movement for the ruination of inner cities and the ascent of the high-rise. “Every child,” he wrote, “goes to school in a building that looks like a duplicating-machine replacement-parts wholesale distribution warehouse. Not even the school commissioners can figure out how it happened.” 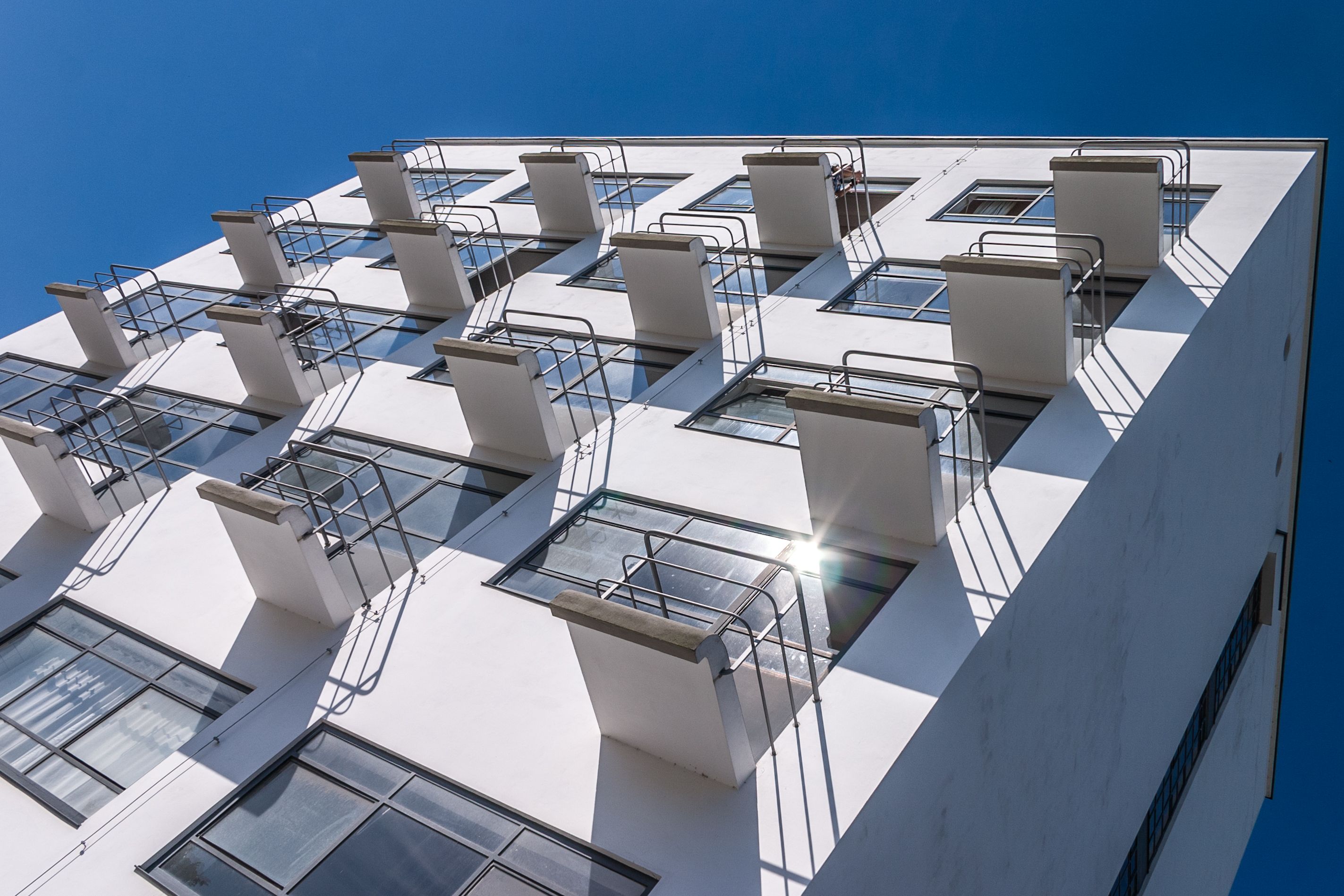 Wolfe despised the Bauhaus as an ideological overreaction to the First World War – a rejection of ornate, undemocratic, ‘bourgeois’ excess, which forgot that art was first and foremost supposed to look nice. Not everyone loves IKEA, and not everyone loved the Bauhaus.

However, one suspects there is an element of jealousy – the same distaste so often attributed to Manchester United or the Australian cricket team. The Bauhaus succeeded where few art movements have done so – by ensuring a legacy not just in galleries, but in the fundamental design of public life.