Cultural benchmark or total money spinner? A look back at how our favourite national days came to be

From pagan rituals to failed arson, TheBoldAge combs through the history, or lack thereof, of our calendar-marked celebrations.

Father's day is ver for another year. When you stop and think about it, we celebrate a really bizarre variety of things.

The ghosts and ghouls of Halloween, the mischief of April Fool’s Day, and a two millennia-old resurrection commemorated with a small armada of chocolate rabbits.

Some of these celebrations are woven into the very fabric of our culture; others were invented, almost literally, to sell greetings cards. How exactly did all these national days end up cemented in our calendars?

You’re probably quite familiar with the origins of Christmas. Here’s the best of the rest… 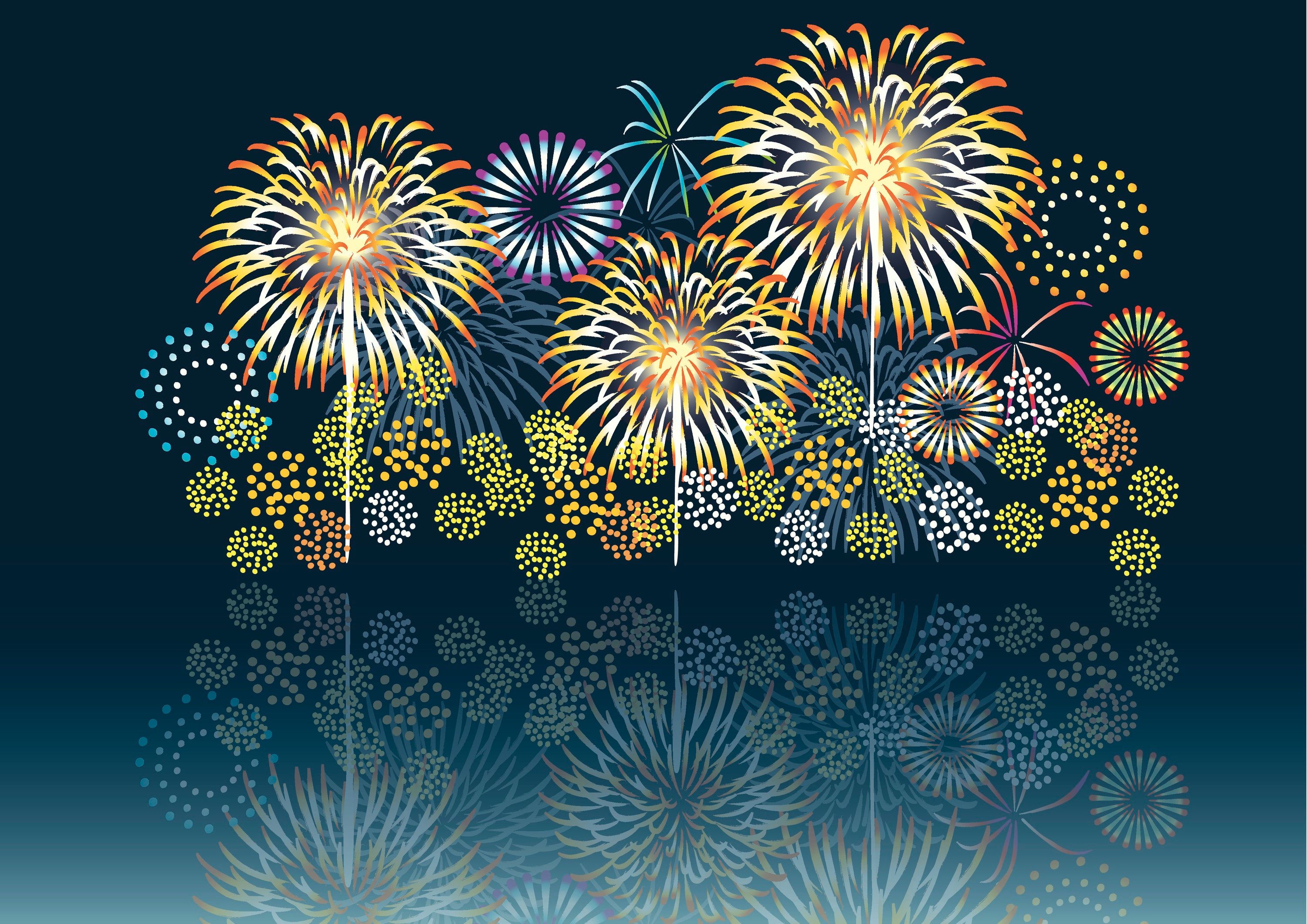 At four centuries old, Bonfire Night is hardly our most historic celebration, but it might just be the most British. When the Gunpowder Plot – an attempt to assassinate England’s King James and Parliament, organised by a catholic group of which Guy Fawkes was a member – failed, on November 5, 1605, protestant Londoners lit bonfires in celebration, and the Observance of 5th November Act was enshrined in law the following year.

The act was repealed in 1859, but Bonfire Night still happens on or near November 5 each year. These days though, it tends to be more about majestic firework displays, than bonfires and burning effigies. 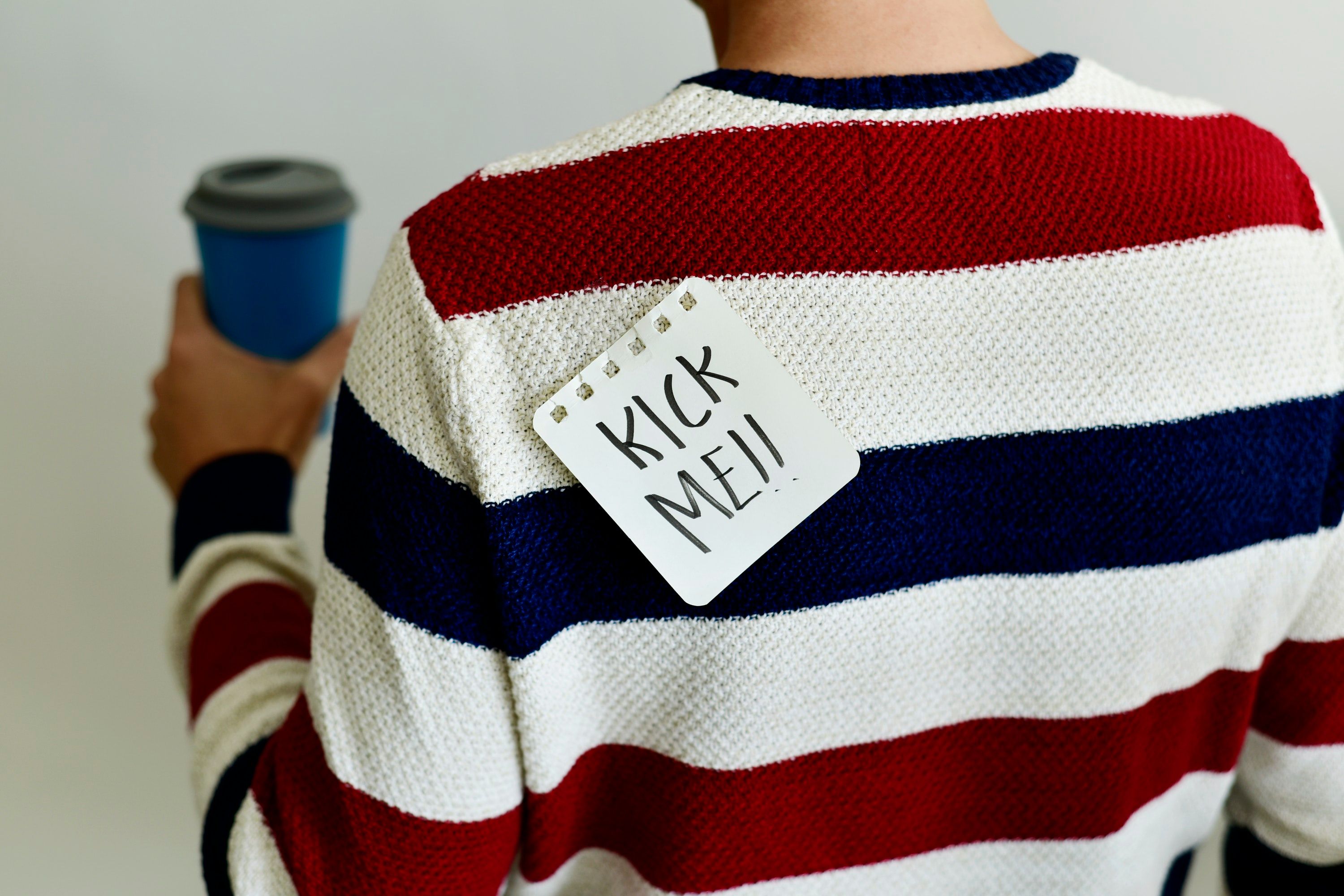 Perhaps fittingly, the origins of April Fool’s Day on April 1 are mired in confusion. Some historians suggest it goes back to 1582, when France shelved the Julian calendar for the Gregorian calendar we use today. On the previous timetable, New Year’s occurred during late March, and those that failed to move their celebrations supposedly became the butt of jokes. Other theories point to the ancient Roman celebration of Hilaria – a general binge of dress-up and revelry – though evidence of a direct link is sparse.

Either way, the tradition spread through the UK during the 1700s and has yielded some marvellous hoaxes. In 1957, the BBC’s Panorama programme aired a special on Swiss farmers experiencing a record spaghetti crop, accompanied by footage of people ‘harvesting’ noodles from trees.

In 1977, the Guardian newspaper produced a seven-page supplement on hot new holiday destination, San Serriffe – an archipelago in the shape of a giant semicolon, with two main islands named ‘Upper Caisse’ and ‘Lower Caisse’. The paper was inundated with enquiries from members of the public, apparently unaware that every aspect of the island was named after printing terminology. 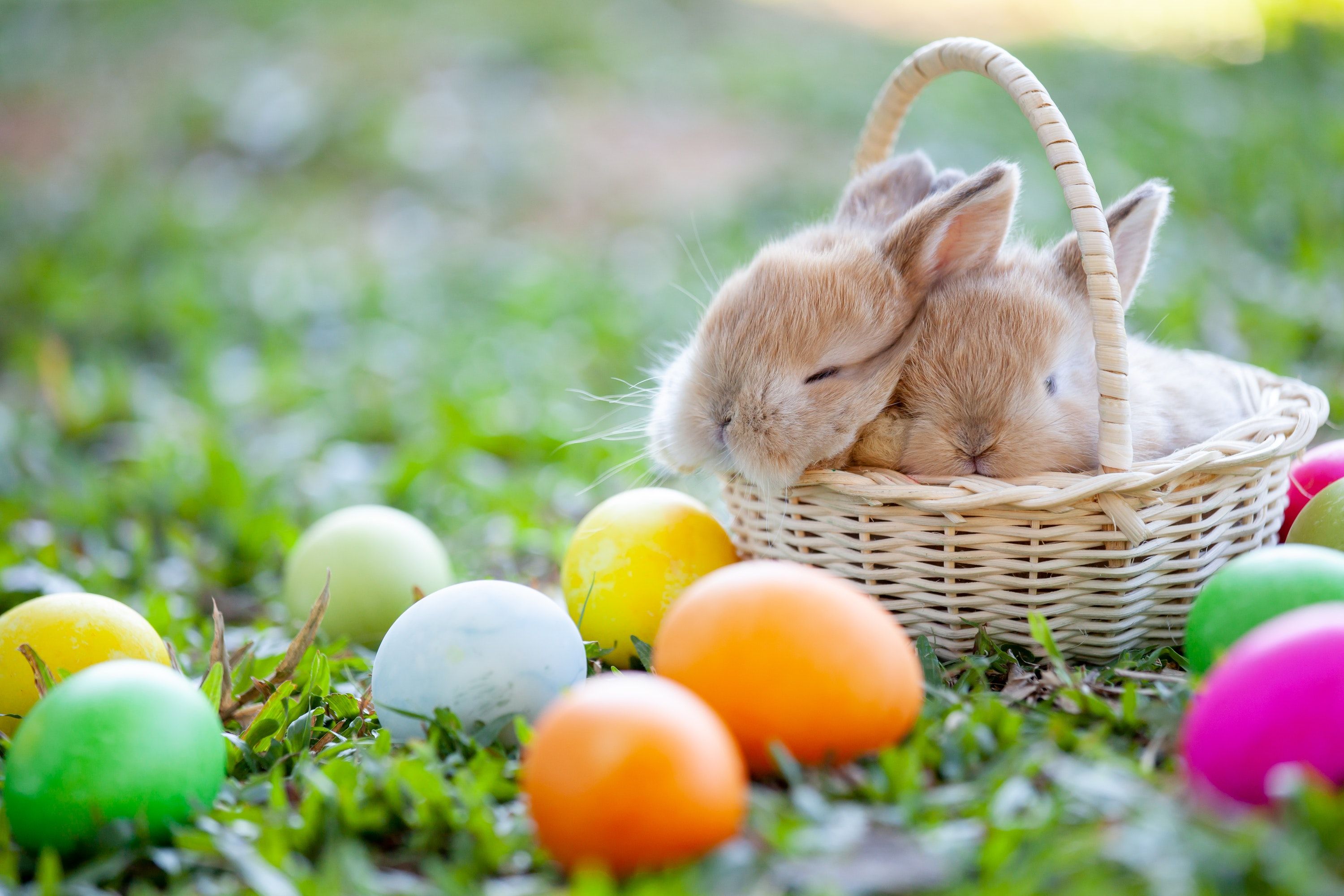 It’s not that hard to see how the Easter Bunny fits with Easter, which is, of course, a religious holiday at heart. Rabbits are famed for their breeding and producing big litters, making them suitably symbolic of new life. The same can be said for eggs – plus it’s sometimes said that eggs became a part of the holiday’s traditions as they’d typically have been banned during lent, resulting in an eggy feast come Easter weekend.

But it’s fair to say that a good dose of imagination (and marketing) has come into play in popularising the notion of the Easter Bunny bringing and hiding chocolate eggs for children to hunt.

Early chocolate eggs were solid, bitter, and made in Germany in the late-1800s. Now, as well as an endless choice of chocolate eggs, savoury Easter egg options are growing in popularity too. 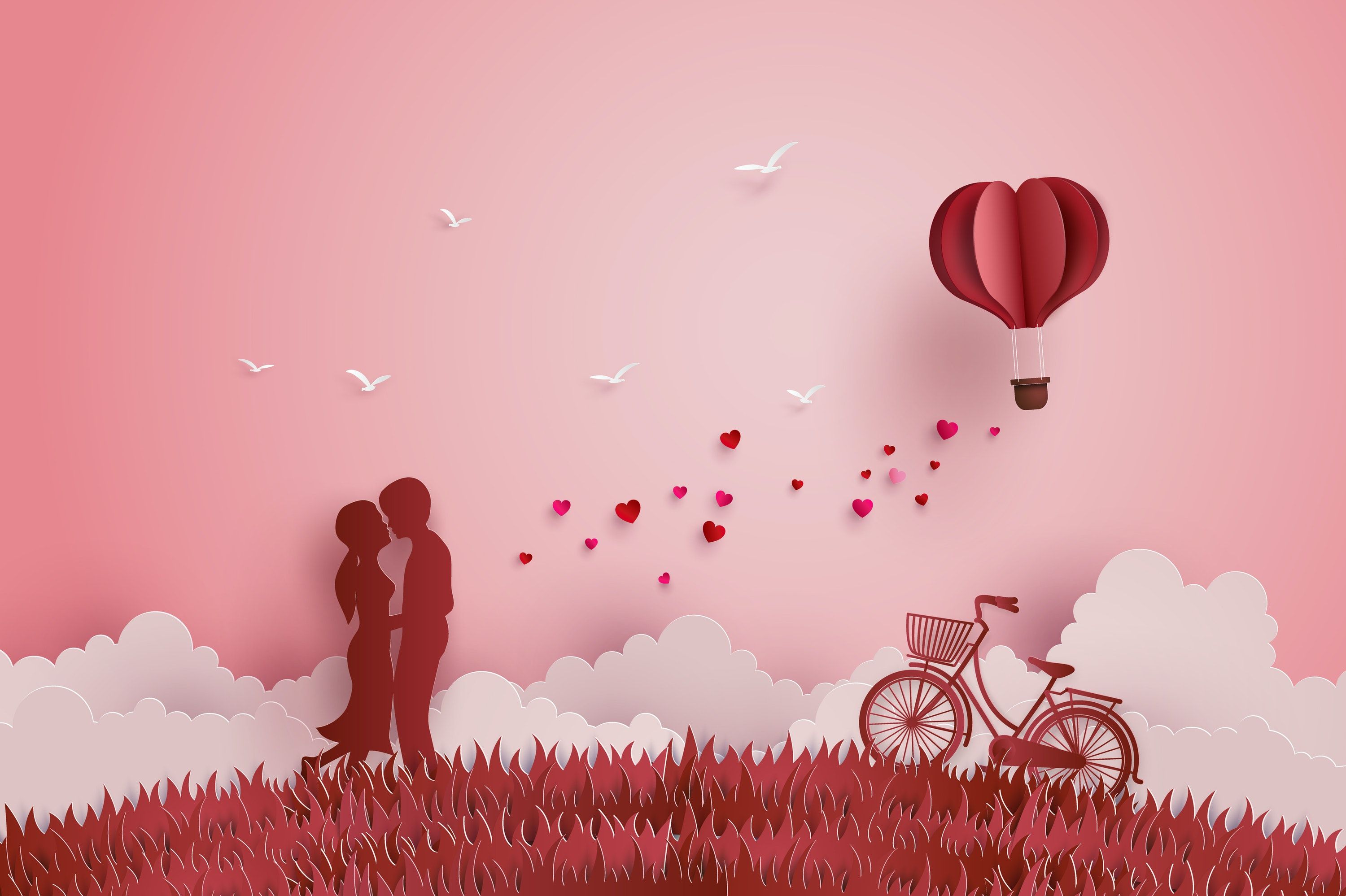 In a rare case of historical certainty – the first St. Valentine’s Day was declared by Pope Gelasius on 14 February, 496 AD. Unfortunately, we don’t know which St. Valentine he was referring to.

It could have been St. Valentine the former Bishop of Interamna, or a more mysterious St. Valentine martyred in North Africa some years before. The popular (though unproven) choice is St. Valentine the Roman priest, who continued administering marriage ceremonies despite a ban from Emperor Claudius. He was promptly condemned to death, fell in love with the jailer’s daughter while imprisoned, and slipped her a note reading, ‘From Your Valentine’, on his way to the gallows.

As ever, the story is somewhat apocryphal, and some say Valentine’s Day was probably an attempt to ‘Christianise’ the Roman festival of Lupercalia. Anyway, the UK didn’t properly catch on until the 1500s – the first Valentine’s Day card written in English dates from 1477 – and Hallmark’s done pretty well from it ever since. 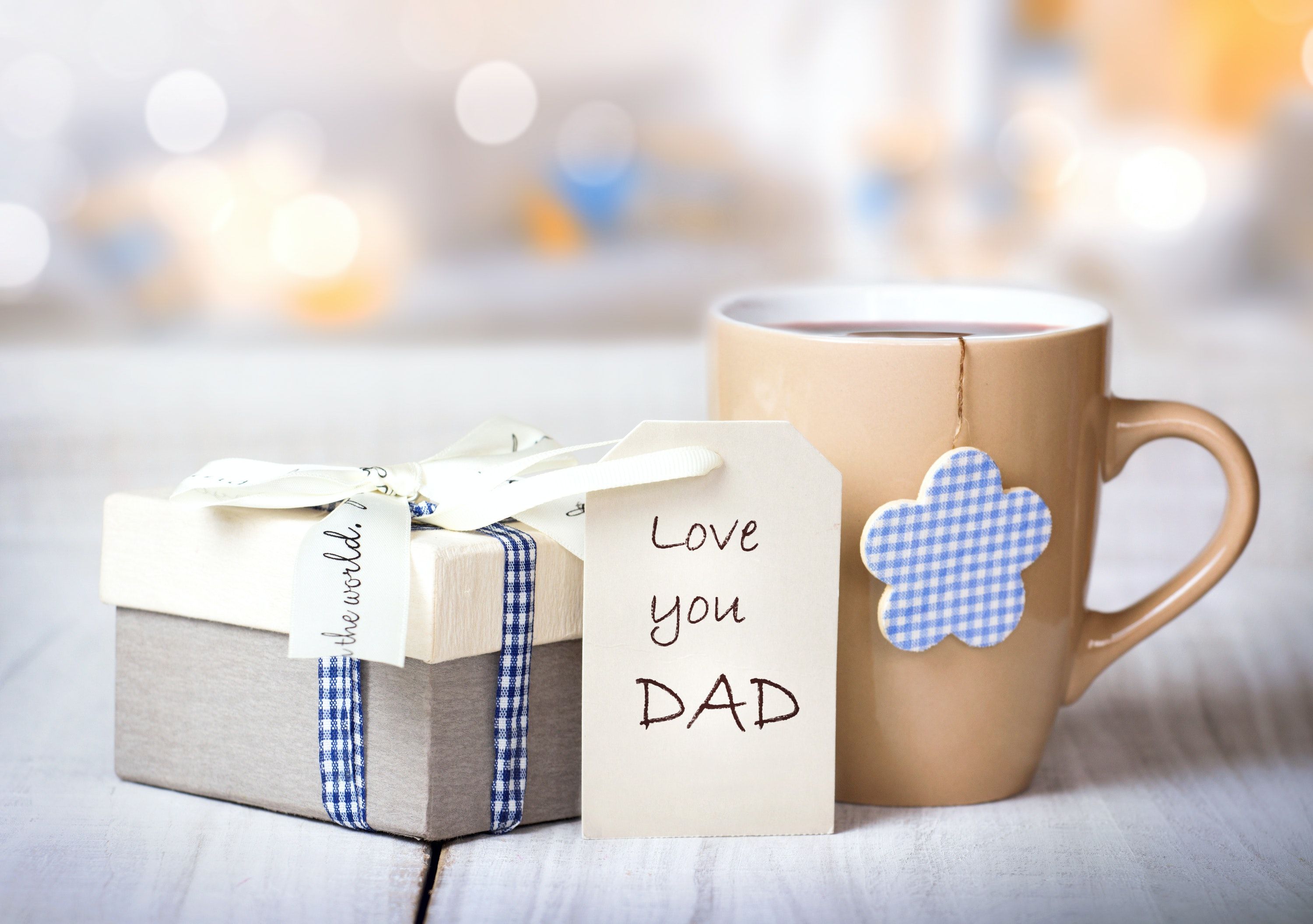 There are two distinct strands to the Mother’s Day tale – one British and historic, one American and tragic. In the UK, we celebrate Mother’s Day during lent – a continuation of Mothering Sunday, a medieval celebration in which servants would leave their posts and return to their mothers for a special service in the run-up to Easter.

Much of the rest of the world celebrates the American Mother’s Day, created after a long campaign by Anna Jarvis as a tribute to her late mother. The holiday was signed into US law in 1914 – but the ensuing commercialisation appalled Jarvis, who began boycotting it.

Father’s Day is not nearly so storied – although, to be fair, its origins vary depending where you are in the world (for example, Thailand celebrates Father’s Day on December 5 – the birthday of ‘Father of the Nation’, late King Bhumibol).

The Father’s Day that’s celebrated in June, meanwhile, originates in the US. Some sources say it was a chance to capitalise on the success of Mother’s Day, while others point to more meaningful personal origins of people wanting to honour their beloved dads.

With roots in the ancient pagan festival of Samhain, this well-travelled holiday has crossed the Atlantic and is now as much about anything-goes fancy-dress, as spooks and ghouls.

In the 8th century, Pope Gregory III moved the date of All Saints Day to coincide with the pagan festivities, in another example of Christianisation.

The previous evening became All Hallow’s Eve (from the Old English word ‘halga’, meaning holy), slowly evolving over the centuries into an agricultural festival meant to ward off witchcraft. Following the English Civil War, all ‘Papist’ ceremonies were banned, and the festivities declined.

Instead, Halloween in its current form stems from the Irish potato famine. The shortages forced a million people to emigrate across the pond from Ireland in 1845, and references to Halloween start emerging in America shortly after. The tradition of ‘guising’ became trick-or-treating, pumpkins added the trademark Halloween orange, and many of the more ghoulish elements were stripped away.

Halloween is not an American creation, but some of its modern characteristics are. Mind you, some homegrown traditions – bobbing for apples, burning mounds of chaff, and carving grotesque faces into turnips – still remain.