Francis Rossi: ‘Think about my legacy? That would be far too pompous’

Status Quo’s Francis Rossi has a frank chat with Luke Rix-Standing – trashing the so-called rock ‘n’ roll lifestyle and ‘fessing up to his own antics.

The truth of the title of Francis Rossi’s autobiography, I Talk Too Much, seems entirely subjective. He talks just the right amount for me, if a little too much for the comfort of his PR people.

“I did it for the money,” he declares, in response to the obvious question of why it felt like the time to tell his story. “The idea that any of these things are done because the ‘world needs to know’ is bullst. They asked. I said no. They added a few zeroes…”

People tend to connect with that kind of authenticity, I cautiously venture, but Rossi is true to his word: “With respect, I don’t really care if they do or not.” 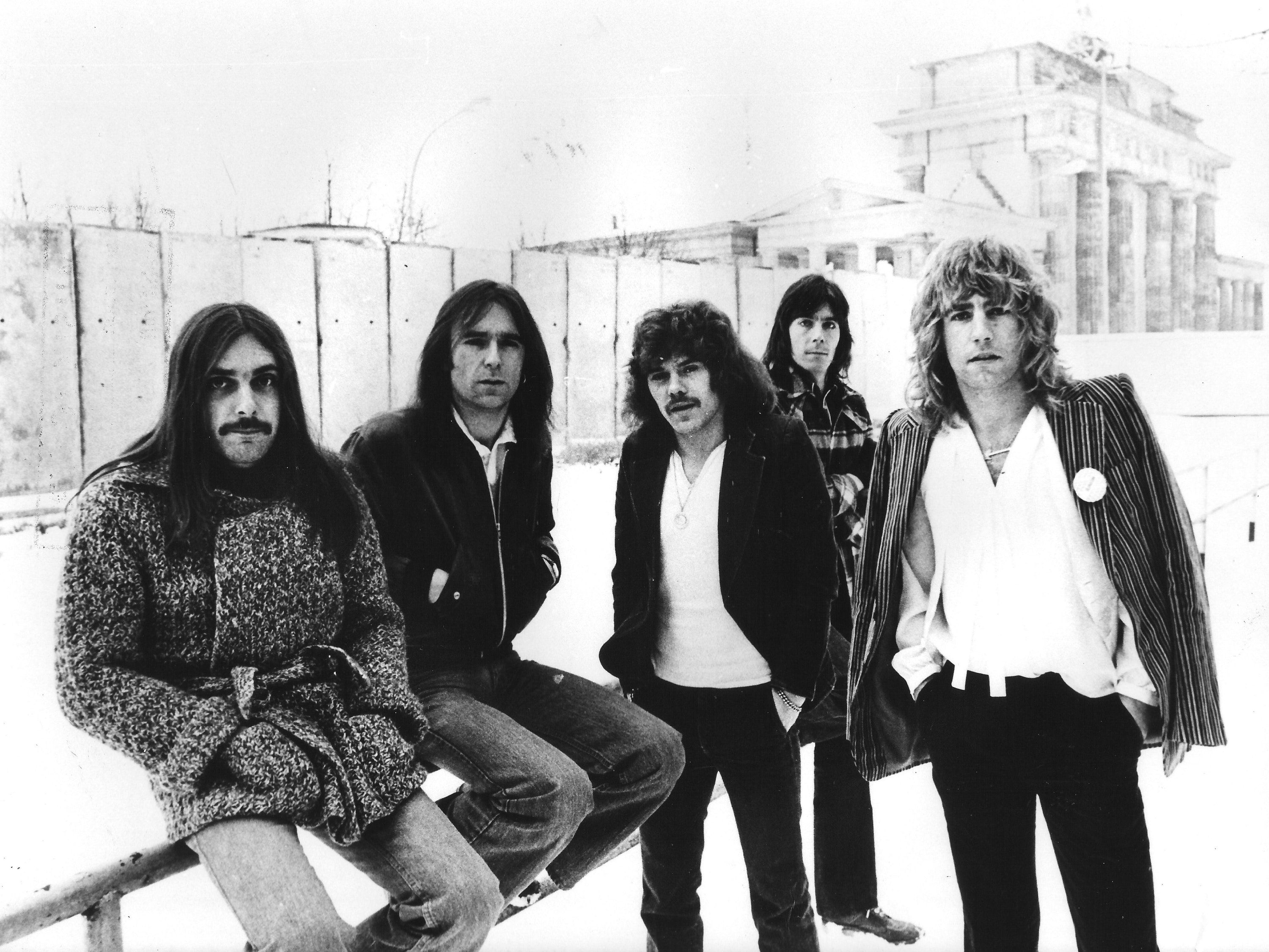 There’s something inherently likeable in Rossi’s frankness. He criticises his former self as much as anything else; he has regrets but doesn’t wallow in self-flagellation; he swears like a sailor but is personally very polite.

His most colourful language is reserved for his former habits – the alcoholism and cocaine addiction that lend his book much of its lurid appeal. I start asking how he sees the ‘rock ‘n’ roll lifestyle’ now, but only get through half the question when he interjects: “Aholes! There is no rock’ n’ roll lifestyle, what they mean is ahole behaviour. Getting drunk, touching up women, getting thrown out of clubs, taking loads of drugs, smashing your car – that’s being a f*ing idiot. In the rock ‘n’ roll archives, they’ll go, ‘Ah yeah, they were great’, but if you guys did that, you’d immediately lose your job.” 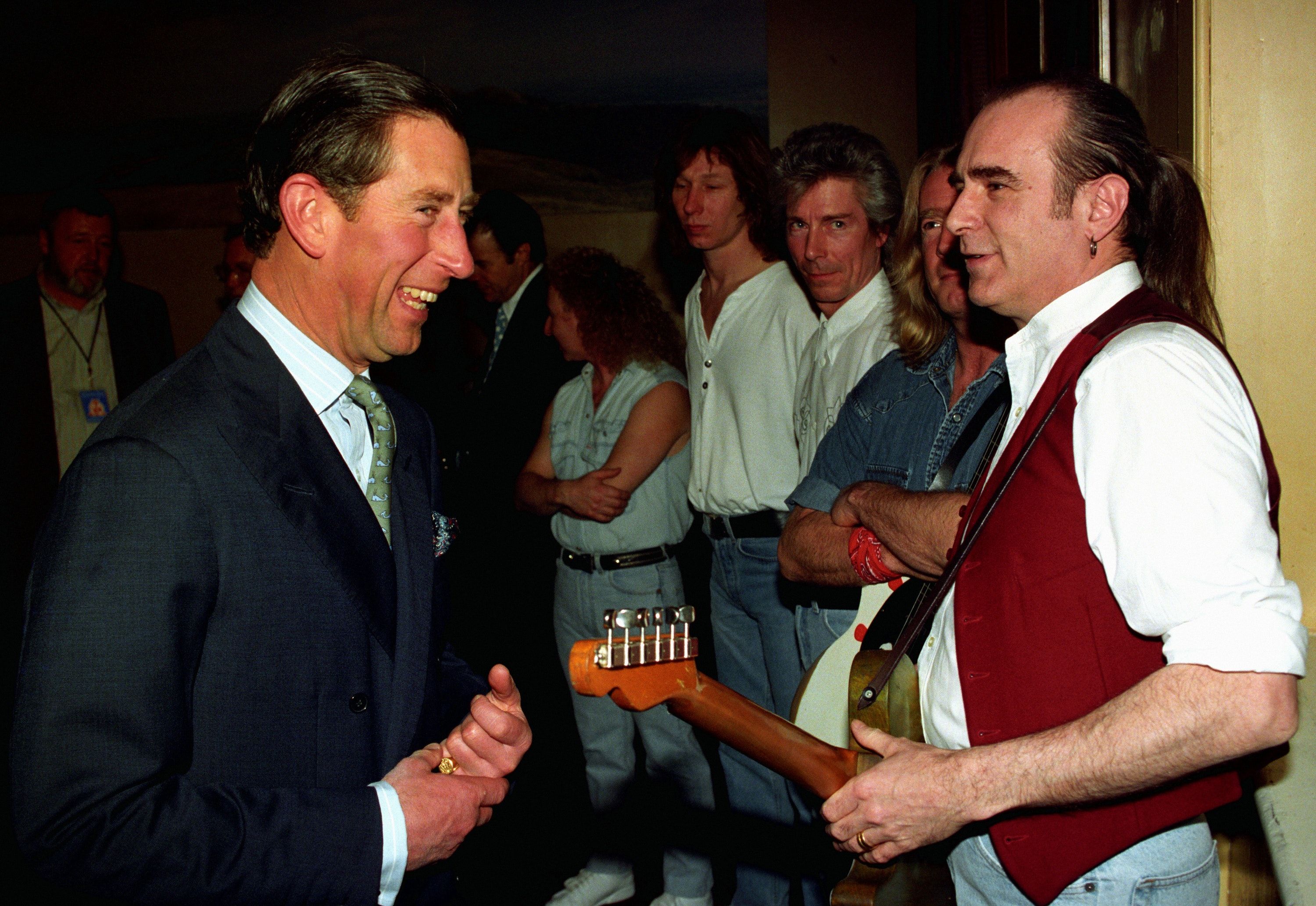 Rossi’s own excesses took a different toll. He was in the shower one morning when he heard a faint splat, and looked down to see his septum was lying in a small bloody pulp next to the drain. Now, he warns his children’s friends off drugs by sticking a cotton bud clean through his nostrils (“Cocaine is not f*ing good”).

“We were so indulged,” he says, “We’d get the studio at five, fk around and break for dinner at six, have fabulous meals, have a few drinks, take drugs to ‘create’. You’d listen the next day and everything you did after dinner was a load of st.” 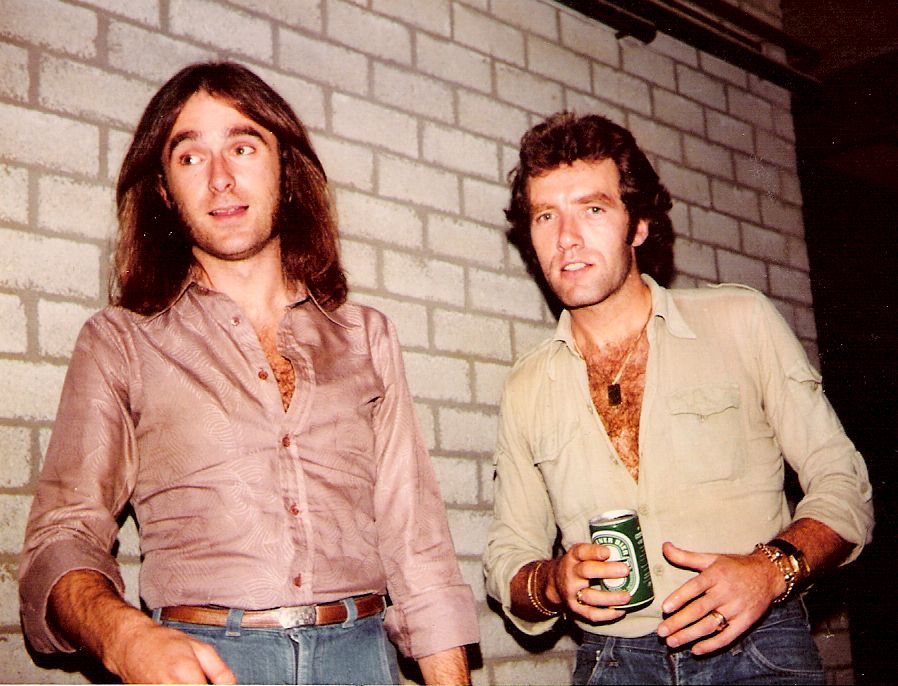 Amid all the publicity surrounding the tantrums and extravagance, it’s easy to forget that Rossi fronted one of the most successful rock bands of all time. He was never virtuosic on the guitar, but he never needed to be. He had an ear for a catchy tune that made him one of the more prolific songwriters of his generation.

Status Quo haven’t always been lauded by musicologists, and Rossi’s customary candour saves me from an inevitably awkward question about the jokes sometimes made at the band’s expense. “I can understand them, if you’re trying to be funny,” he offers. “Some people think Status Quo are amazing, most people don’t know who they are, and a lot of people hate them.”

More than the songs (which he sometimes listens to, but not often), Rossi treasures his memories of playing live – but even here, there’s a chasm-like disparity between the band’s supposed highlights and his own. 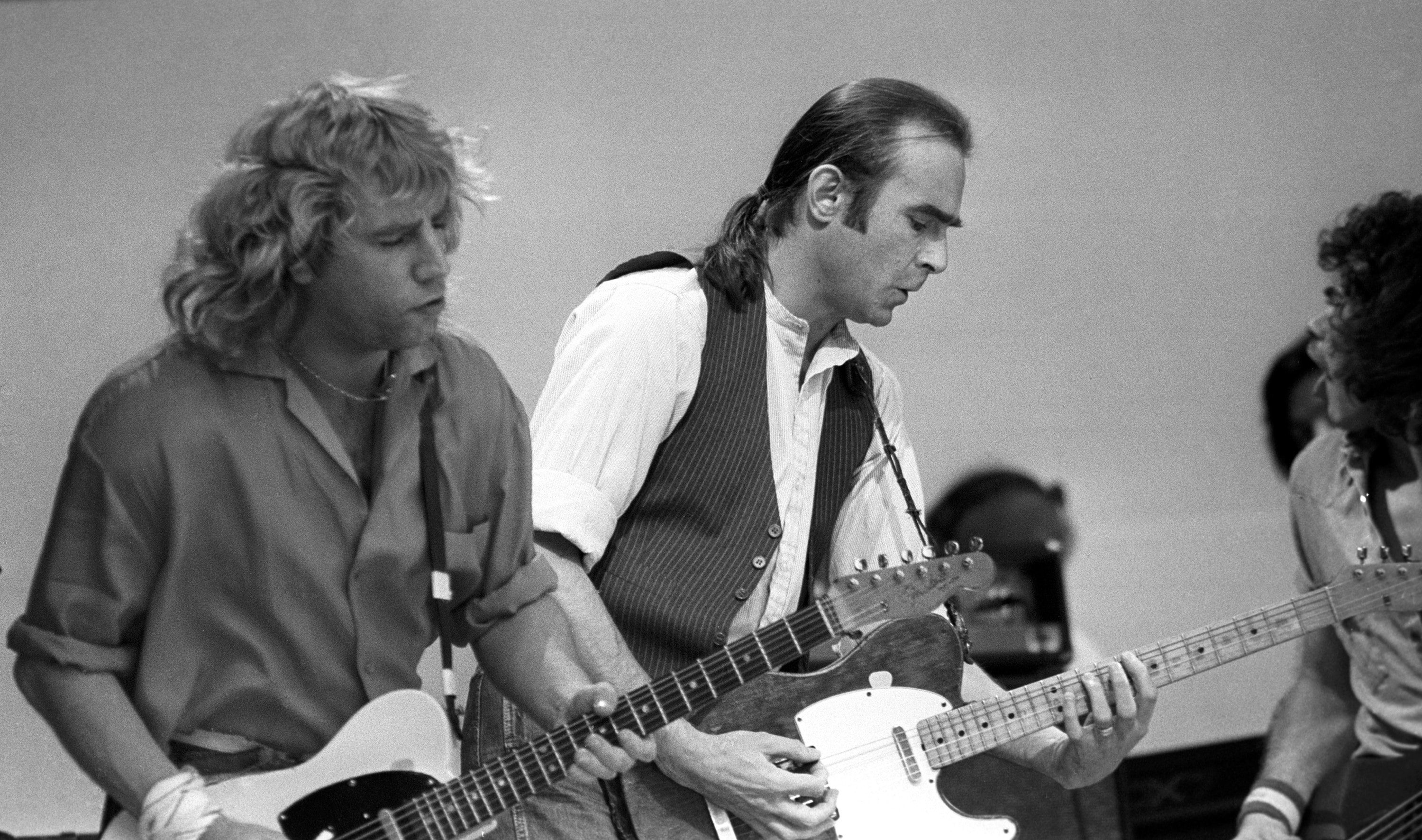 Headlining Live Aid was perhaps the signature Status Quo concert, but Rossi’s prevailing memory is of the rows between the event’s many megastars over who received top billing. “It was just a gig and we weren’t particularly good. Bowie was good, and Queen were good. Everyone else, I can’t really remember.”

A German gig last year, though, receives a very different response: “It was some godforsaken out-of-the-way town, there were only about three bands and 6,000 people, and it was outside and drizzly all day. The gig was phenomenal, and I would love to live that moment over and over and over again.”

He seems very self-aware: “One side of me is quite ‘Jack the Lad’ cocky, one side of me is desperately insecure, and I can’t let either one of those take over.” In the book, he tracks a lot of his character back to childhood, as a slight, uncertain young boy trying to fit in on the mean streets of South London. On day, he was whacked round the face on the way to school – an act of seemingly random violence – which he says engendered a fear of his fellow men that lasted well into adulthood. His early band days were a welcome escape, and he met Rick Parfitt, who would become his partner in crime for the next five decades, while playing at a Somerset branch of Butlins in the mid-Sixties.

Their central relationship has probably gobbled up more column inches, and been more commonly mischaracterised, than any other part of the Status Quo story. But scandalmongers hoping for an embittered exposé will be left sorely disappointed – Rossi did not write the book to trash his former comrade-in-arms: “There were times it was frosty between us, but never to the extent that people thought, just as we were never as besotted as people thought.”

One particularly pertinent anecdote concerns the addition of an extra tour bus. Observers were quick to presume that the two stars could no longer travel in each other’s company. “No,” says Rossi, “me and Rick were on one bus, the rest of the band were on the other.” 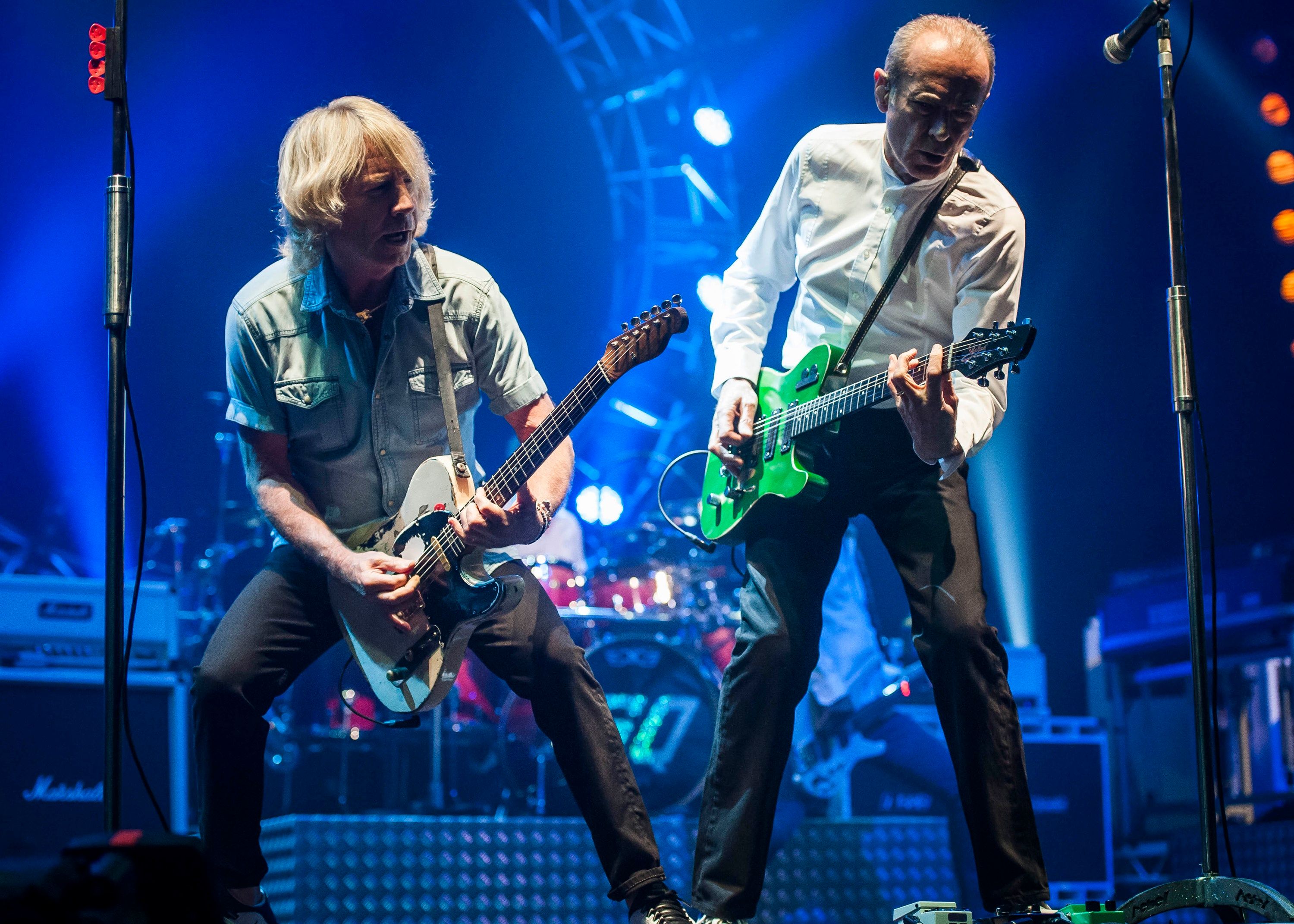 Now 69, Rossi swims every morning, eats like a nutritionist, and works out at 5pm before rehearsals. He’s still regularly performing and recording and prepares assiduously.

He’s philosophical about his adventures. He loudly professes his contempt for promotion, analyses his own interviews while he’s having them, and reflects on his career without a sliver of romanticism. “No, no, no,” he says, when I ask whether he thinks about his legacy. “That would be far too pompous and self-important.”

He has no time for showbiz sensationalism, either. A previous interviewer apparently asked him whether it was true he’d had 25,000 women and spent £1.5 million on cocaine. “I said, ‘F*ing hell, what? Think about how much cocaine that would be! And 25,000 – it’s maybe 50 perhaps? I wouldn’t be happy with all those women – but for the purpose of show business, I had em’ all. Six in a bed, 4,000 in a week. Yeah, yeah, yeah. It’s boring.” 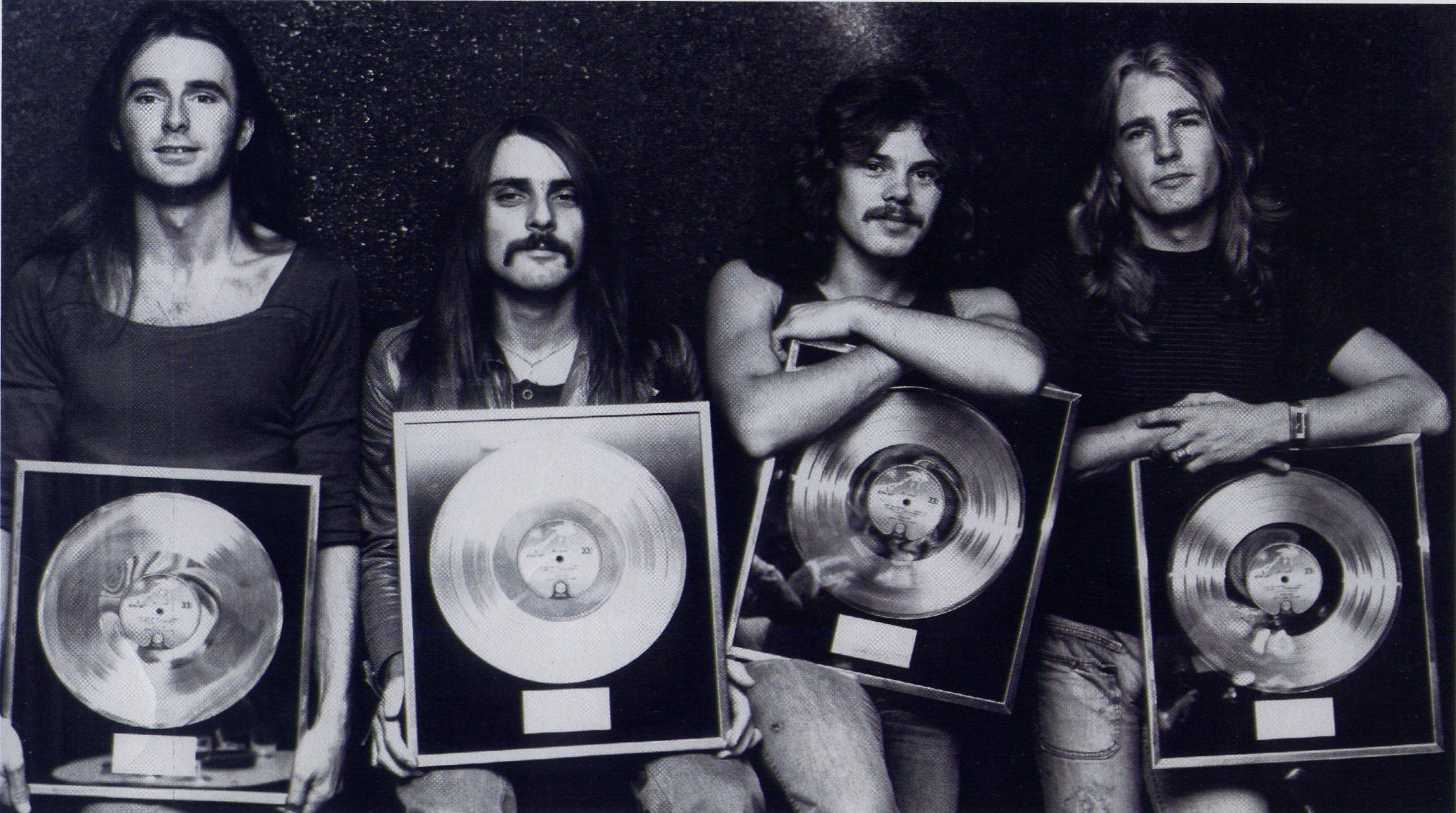 All this aside, there were occasions when everything came together of course, and those are what Rossi really remembers.

“When it works, it’s so f*ing incredible,” he says. “There’s only one way I can get other people to understand. It’s like that moment in sex.”

I Talk Too Much: My Autobiography by Francis Rossi is published by Little Brown, priced £20 (hardback).