From crème brûlée to prawn cocktails: Classic dinner party menus from the 1950s to the 2000s

Safe to say, a lot of these dishes are seriously retro.

You know you’ve reached adulthood when you start attending – and even throwing – your own dinner parties.

It’s the pinnacle of sophistication; cocktails and a three-course meal with a group of your friends. OK, they’re not always that posh, but they definitely are a classier way to glug wine and get fed with your mates.

Dinner parties have been a staple of any adult’s social calendar since the 1950s – but that’s pretty much the only thing that’s stayed the same. The clothes, music and booze have all changed over the years, and nothing more so than the food.

So what were we typically serving up for guests in previous decades? We take a look back at some of the classic dinner-party menus from the 1950s through to the 2000s.

Dinner parties weren’t hugely common in the 1950s – this wasn’t so long after the end of World War Two, and rationing was fresh in everyone’s memories.

This was a shame, because music from this era was perfect for parties. You could start off with some Miles Davis and Frank Sinatra, and then smoothly make your way into James Brown and Elvis.

If a dinner party was being put on, starters would likely have been a range of appetisers that would seem extremely dated to us now. Think devilled eggs or shrimp puffs: retro finger-food at its finest.

After finally being free from rationing, the main event would likely have been a classic celebration of meat. Think a roast with potatoes and vegetables on the side. 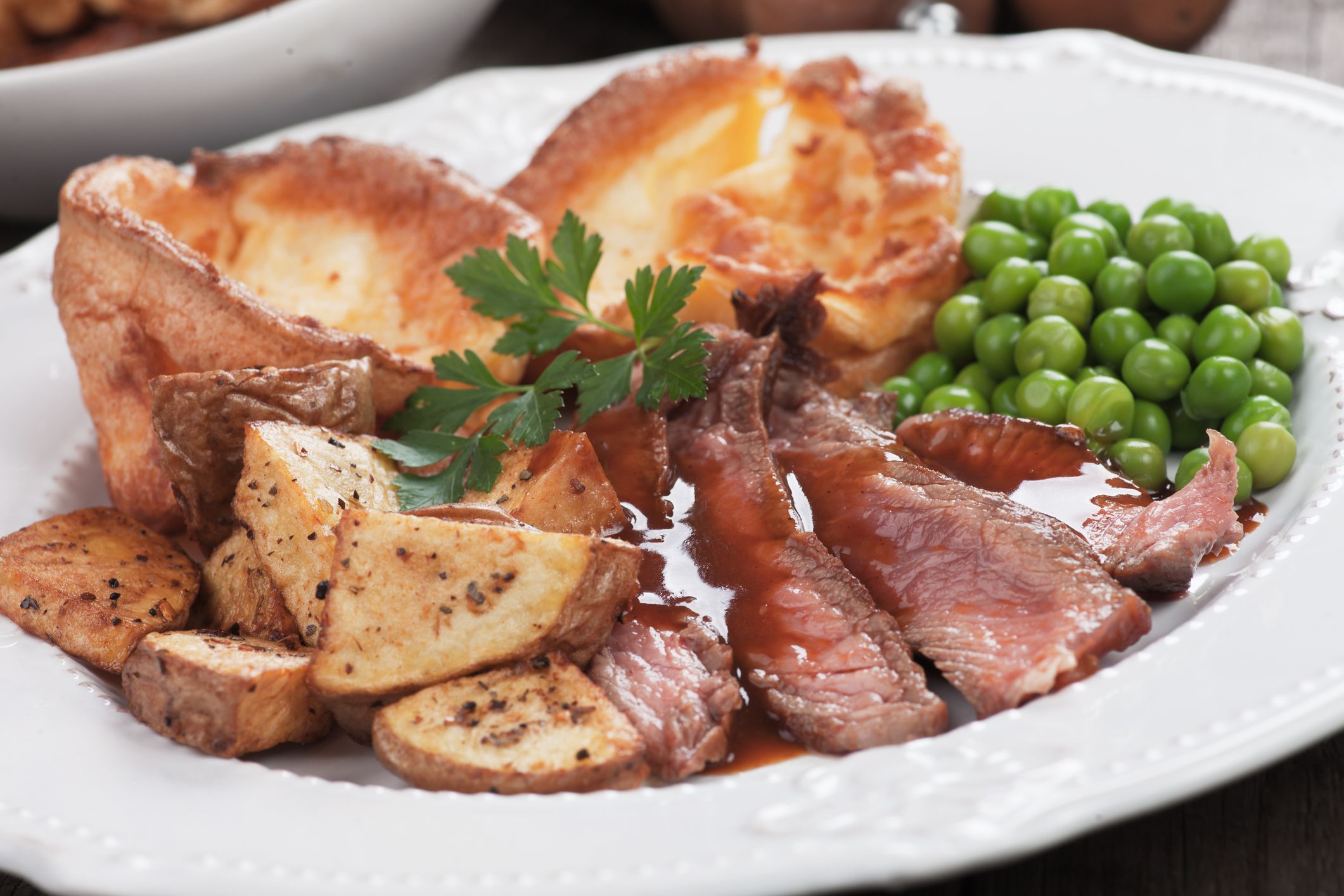 For dessert, any type of fruit cake was generally a hit. A pineapple upside down cake, topped with maraschino cherries (which were then considered very chic), would have gone down a treat. 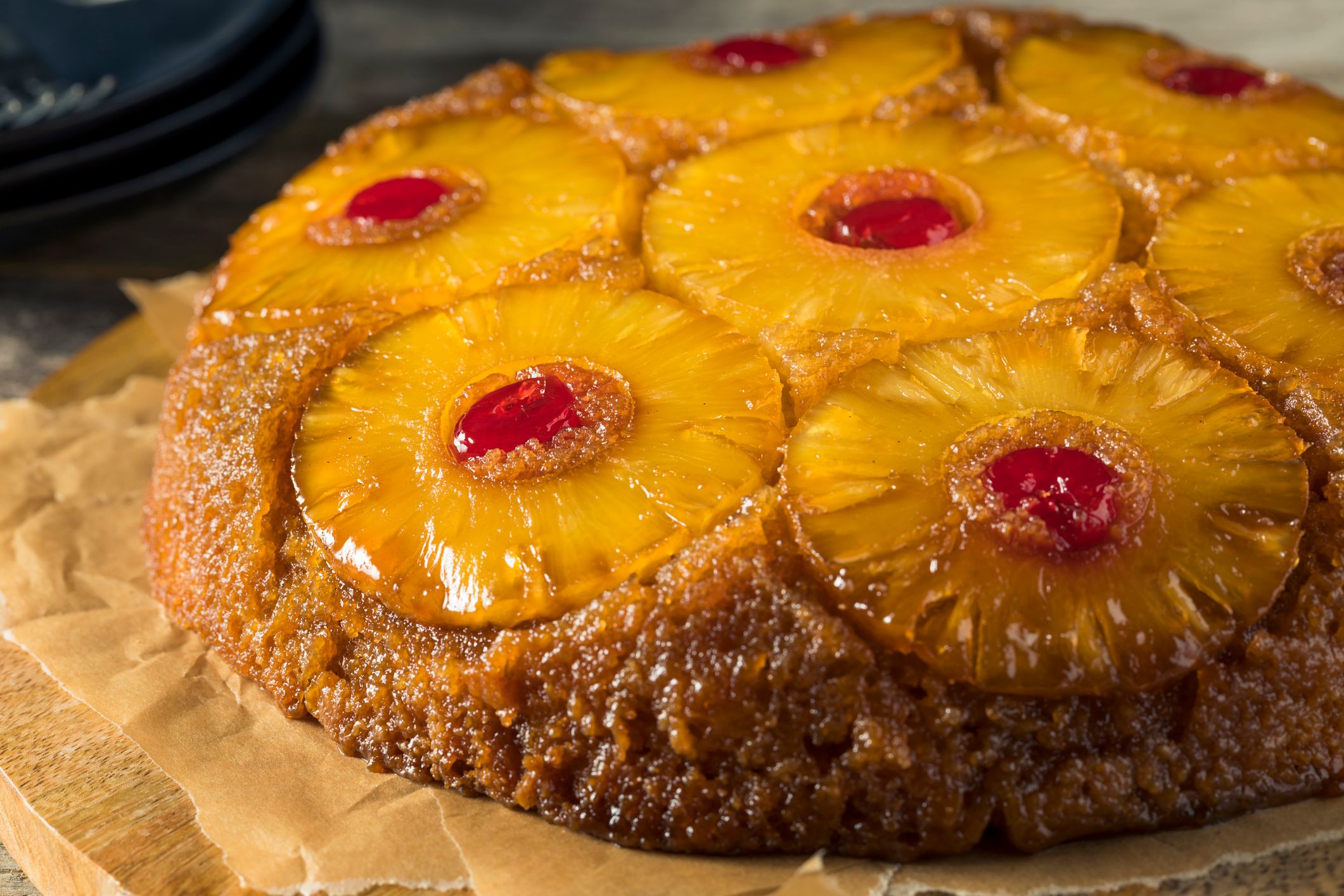 By the 1960s, dinner parties were becoming a more regular occurrence.

This was when cocktails and nibbles to start the evening really surged in popularity. One particular favourite was cheese and pineapple on a stick – ideally served stuck into half a grapefruit, hedgehog-style, for extra wow factor. This would be at the centre of your appetisers, with crisps and nuts, arranged in fancy glass dishes, assembled around it.

This was also a decade of experimenting with cocktails, and guests would be served drinks like whisky sours and sidecars. 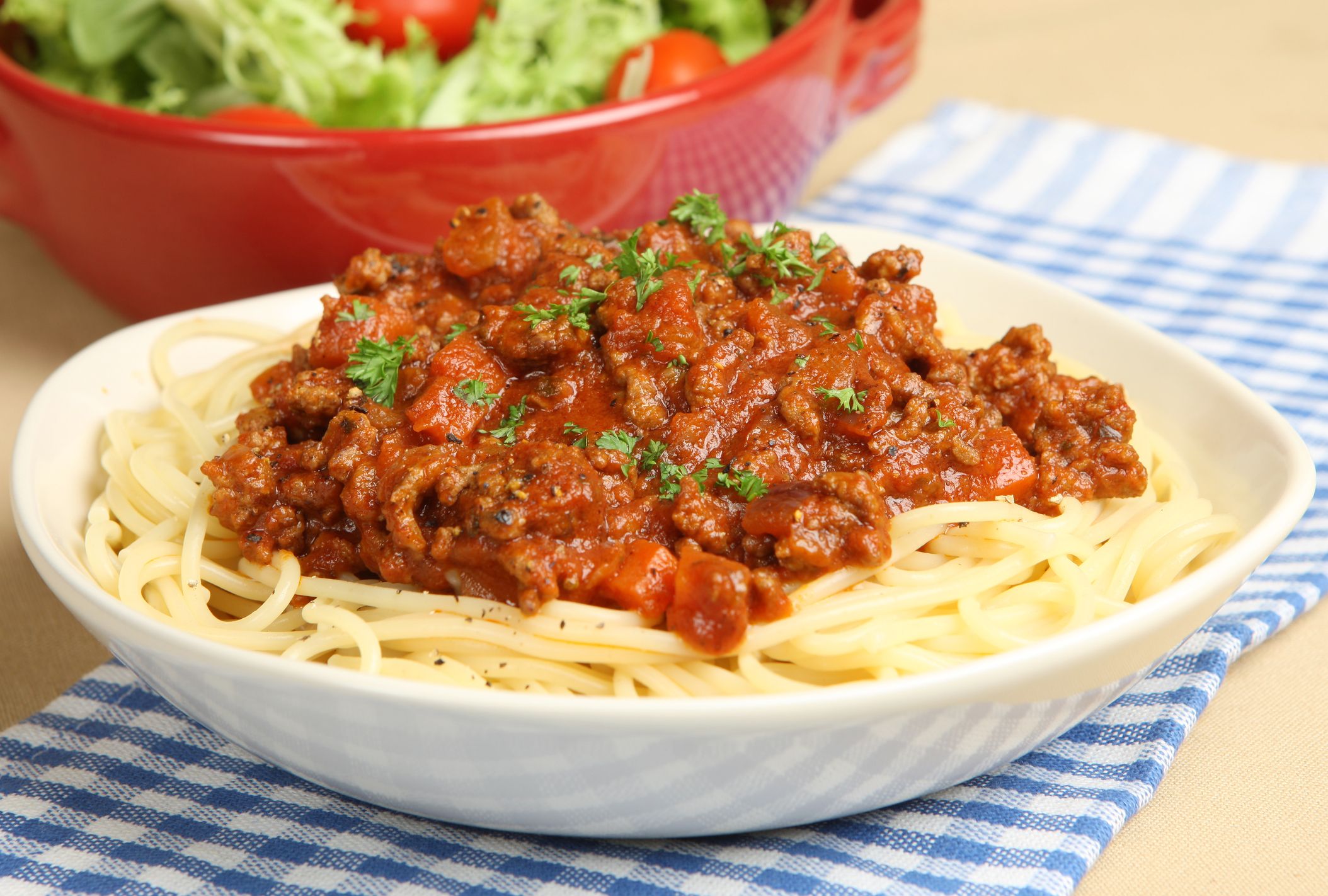 Believe it or not, at this time, spaghetti Bolognese was seen as a wildly exotic and refined dish. During the Sixties, it was a common main meal at dinner parties, paired with red wine. 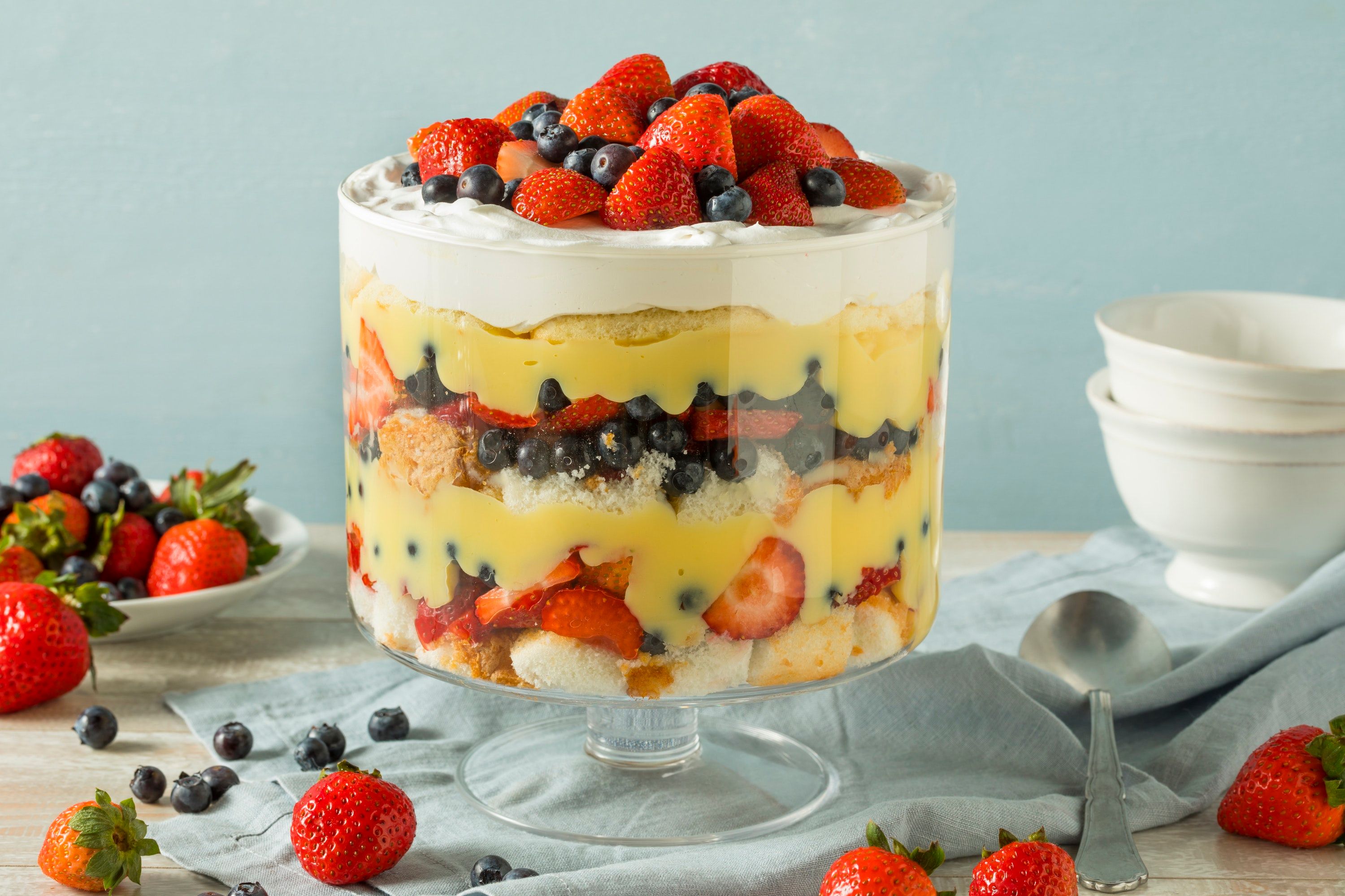 And to finish, many dinner-party menus would bring things back home with a trifle. The layers of fruit, sponge, custard and cream made it a perfect centrepiece to any table.

When you think of retro dinner-party menus, nothing gets more classic than those from the 1970s – even if it is the era that Heston Blumenthal once deemed “the decade that good food forgot”. 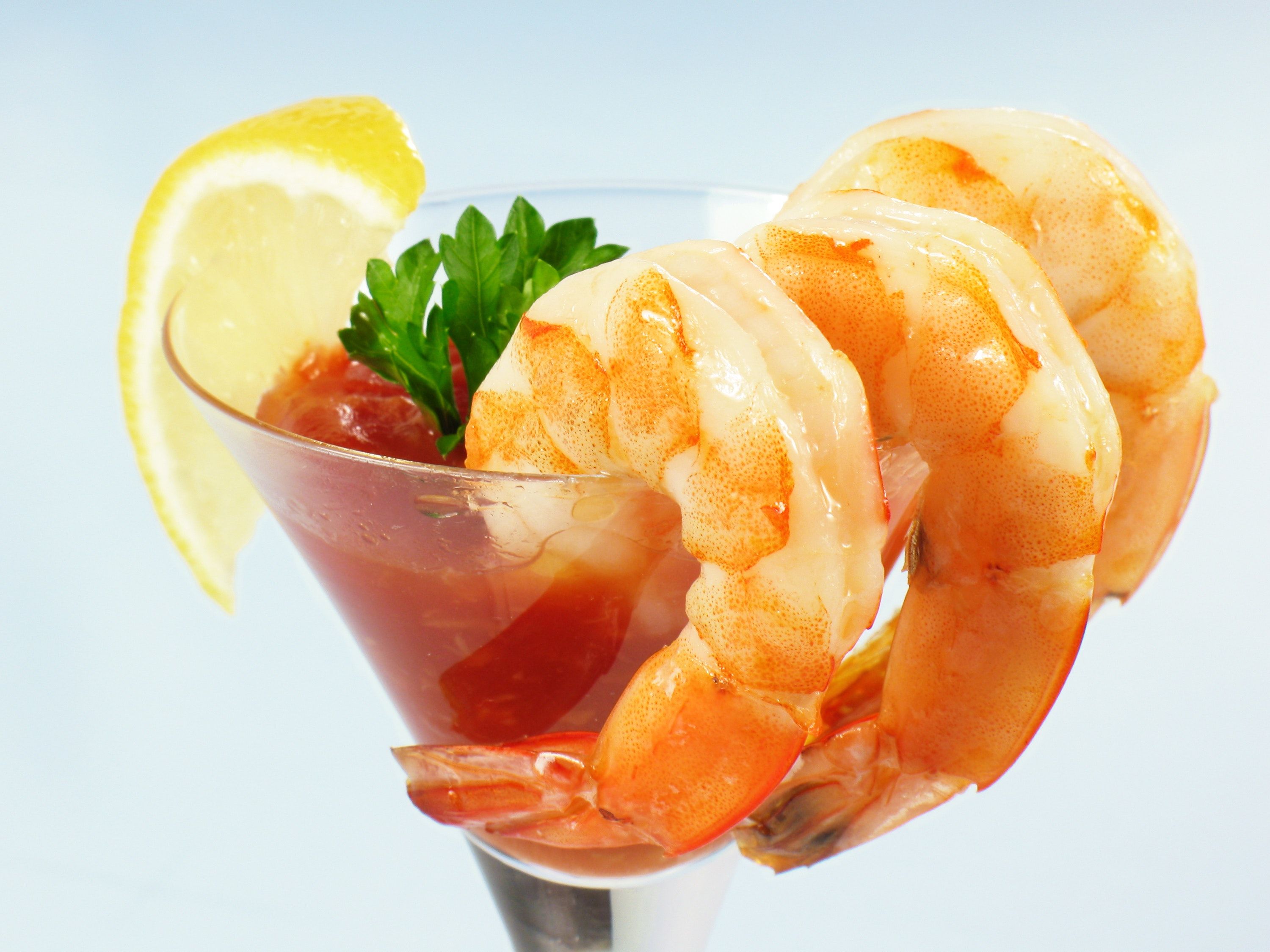 To start, you would be hard-pressed to find a host who wouldn’t dish up a neat prawn cocktail. In fact, it was so ubiquitous of this period that the fishy dish has still not come back into fashion – people had more than enough of them in the Seventies.

Chances are, duck a l’orange would feature as the main course – a fancy French name could hide the fact that it’s actually a pretty simple dish. 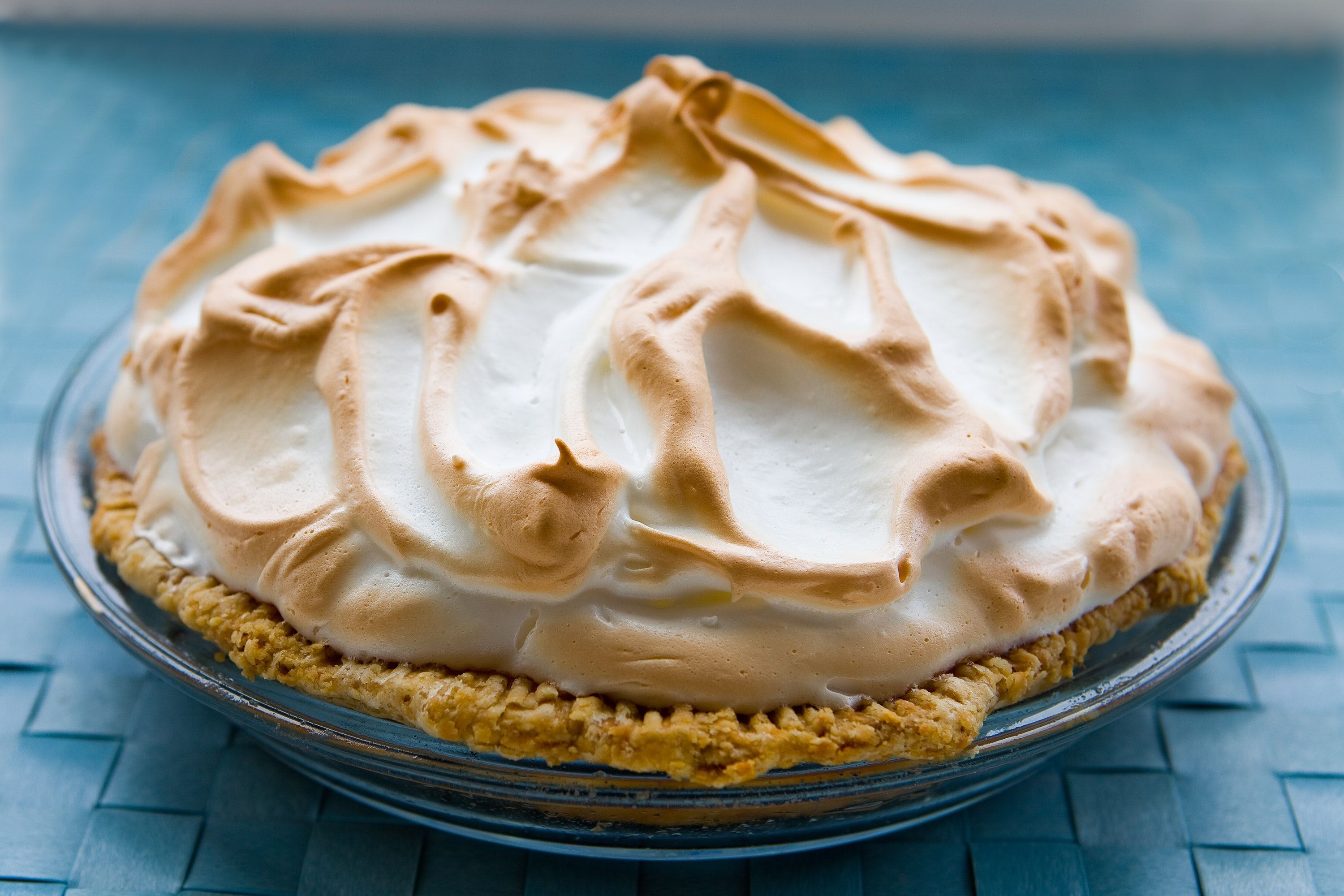 And to finish? Another retro classic: Lemon meringue pie. While many dishes from the 1970s haven’t quite regained popularity, this is one dinner-party favourite that will still please many modern diners.

While French cuisine has somewhat fallen out of favour nowadays, in the 1980s, it really was considered the pinnacle of fine dining. Although many French dishes might have proved a bit too fiddly to recreate at home, one you definitely could whip up to impress your guests was French onion soup. 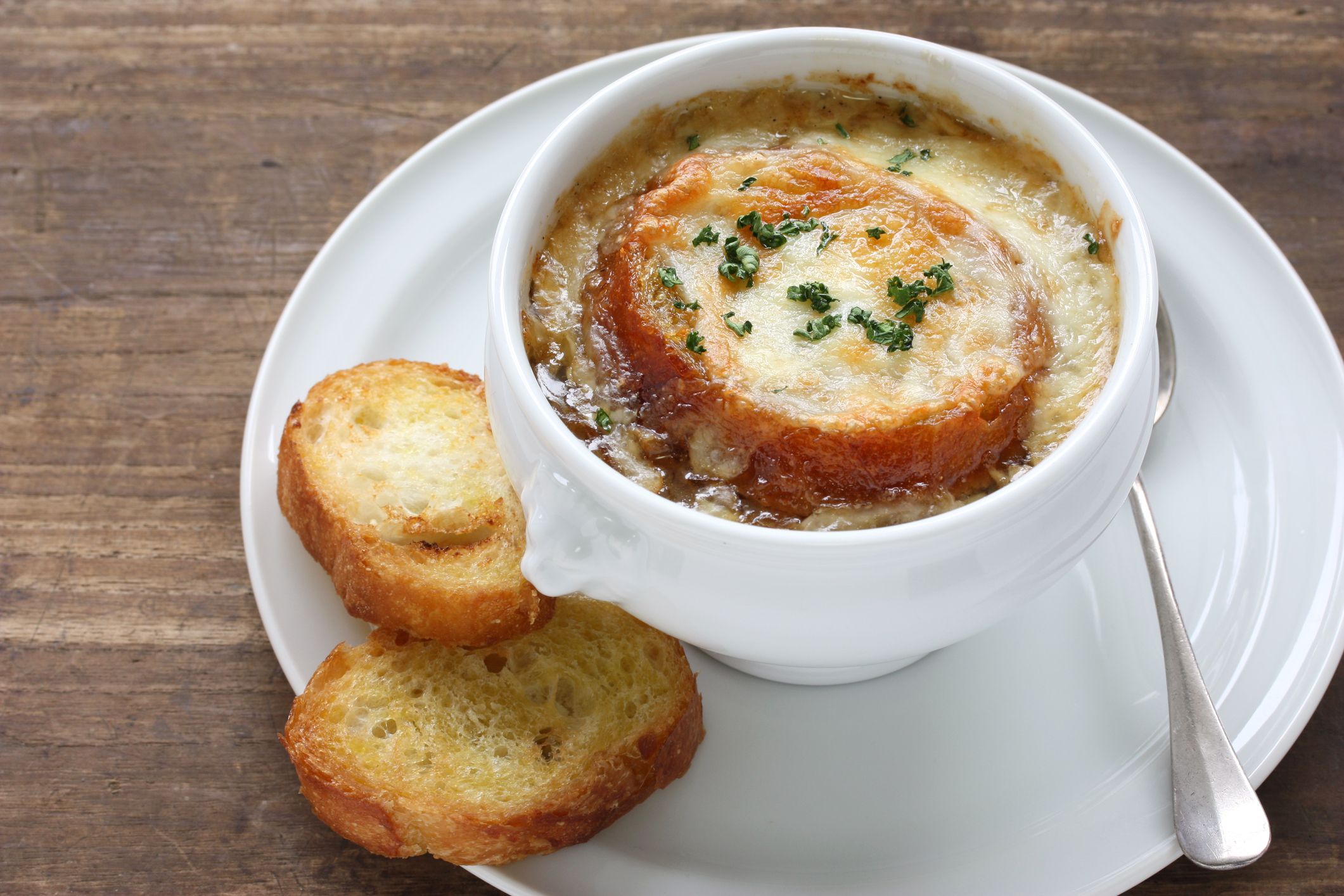 Back then, chicken was by no means as widespread as it is now – so if you really wanted to pull out the stops for your dinner party, this would likely be the star of your menu. And what is more 1980s than a chicken kiev? For those who have erased this dish from their memories, a chicken kiev is where the meat is pounded out, rolled up and filled with garlic butter, and then coated in breadcrumbs and fried or baked. 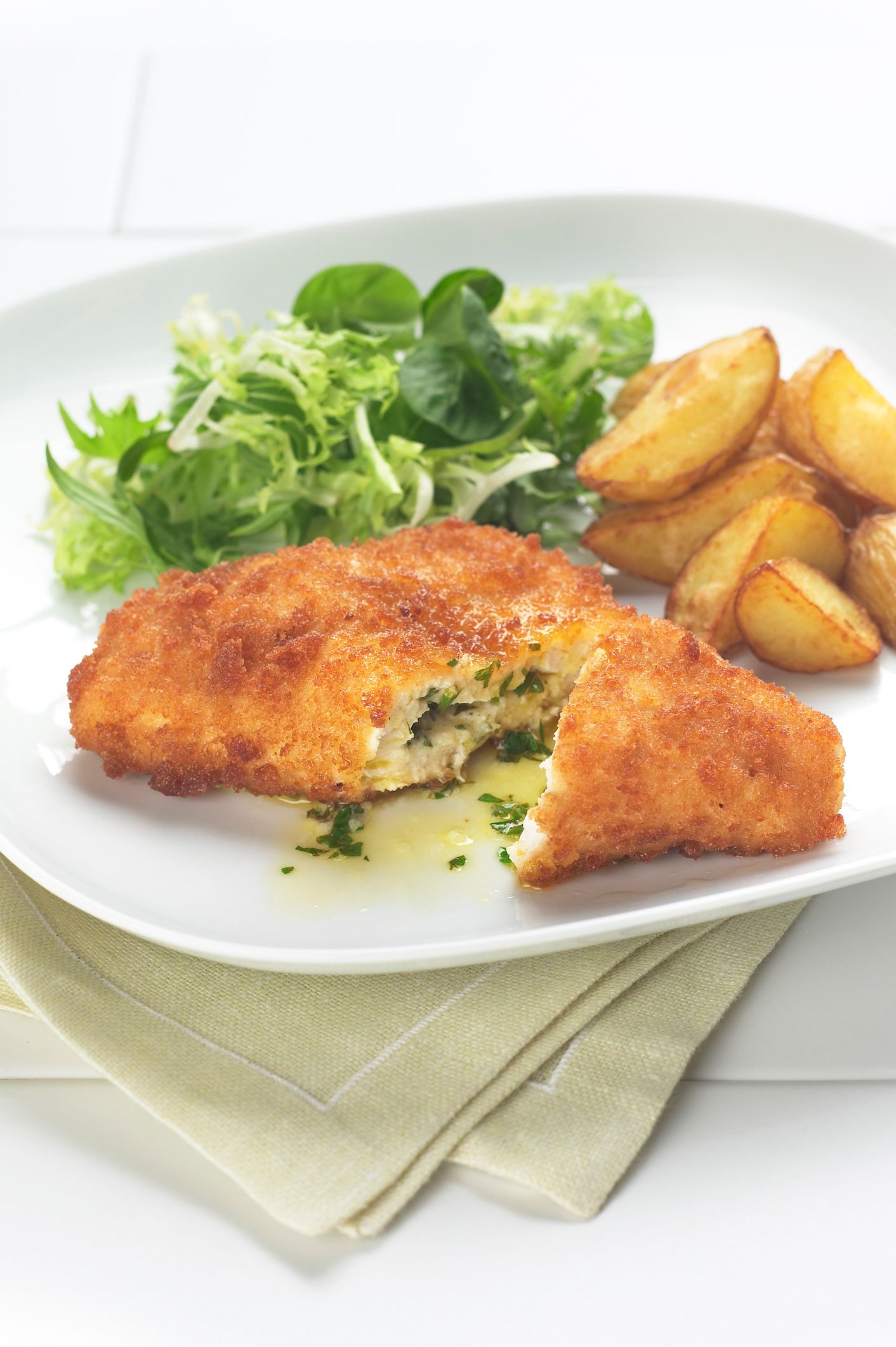 To end this (already very rich) meal, chocolate mousse would be a classic move. It might seem more like a children’s dessert nowadays, but at the time, it was the height of sophistication. 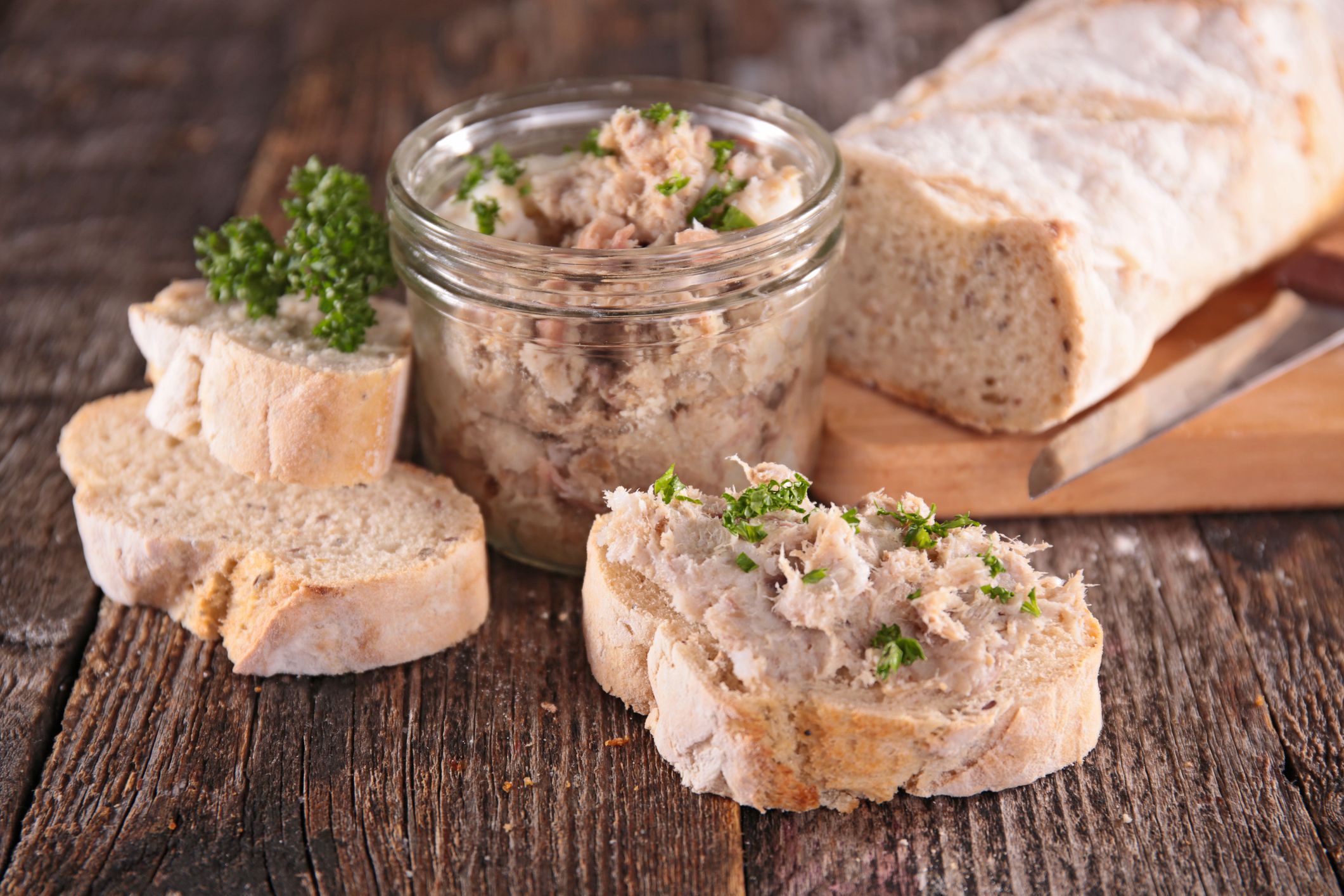 French food was still popular throughout the 1990s, and pâté was a common starter at any dinner party. Looking back, we have a lot of queries about pâté. For example, how could you possibly make spreadable meat look appetising and fancy for your guests?

One thing it does have going for it is the fact it can be made in advance, giving the host more time for entertaining and chatting, and less time stuck in the kitchen. 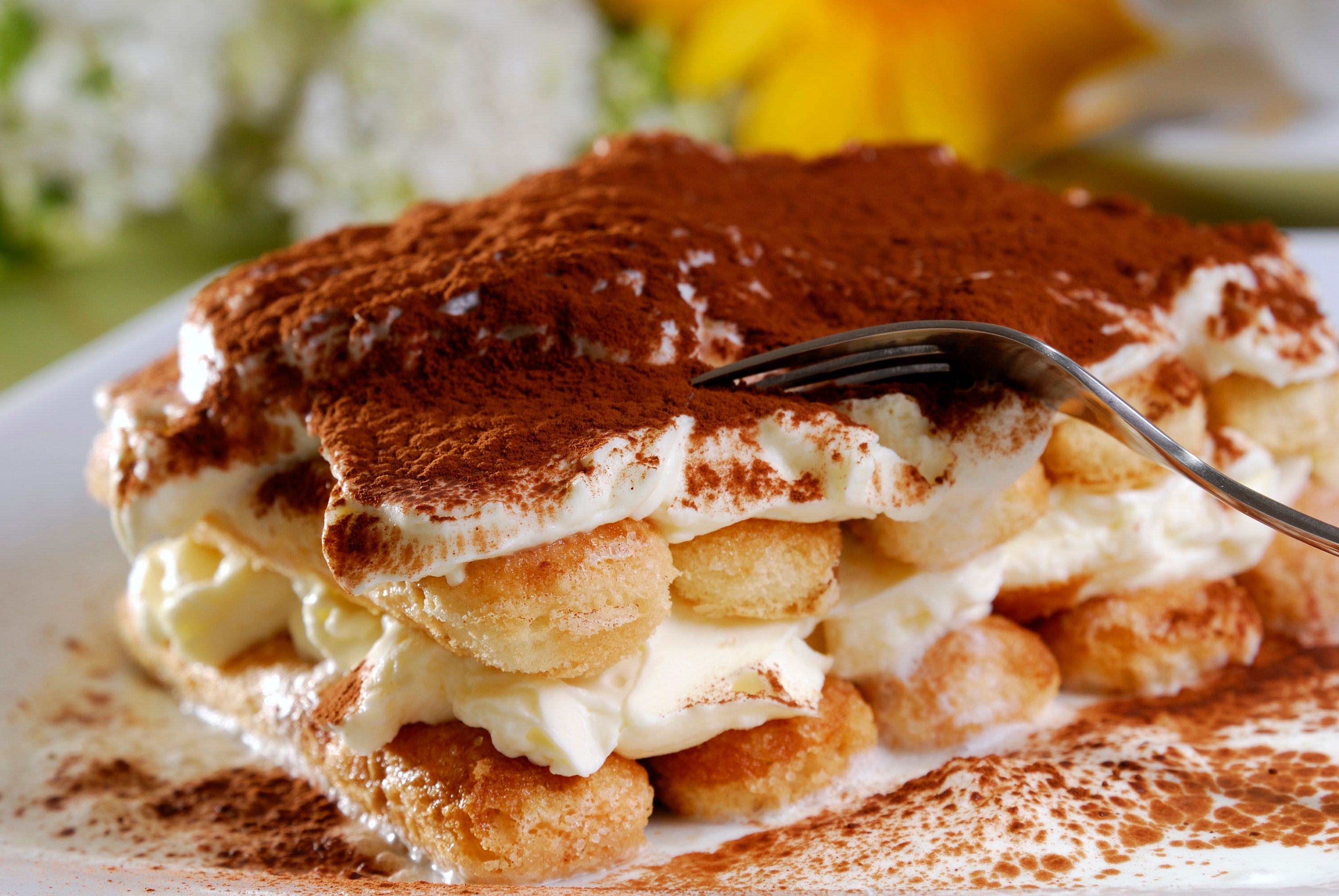 For mains in the Nineties, people were keen to move past your classic chicken dish (so Eighties!) and started experimenting with other birds, like quail.

And for dessert? Tiramisu. Sure, the coffee, ladyfingers, cocoa and mascarpone creation was hardly new in the 1990s, but it was during this decade that people in the UK and America became obsessed with it (let’s face it, many still are). 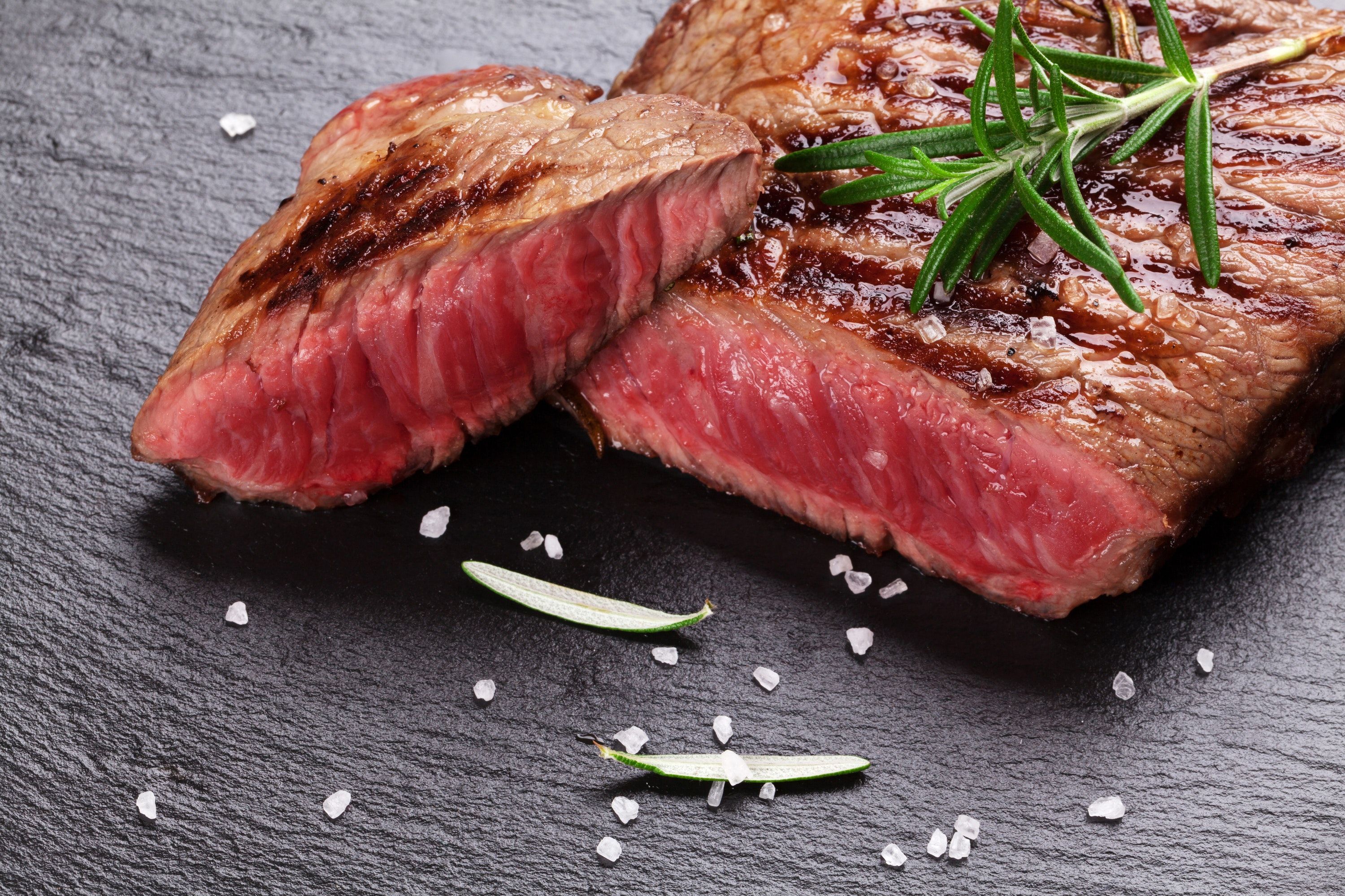 The 2000s were a decade of people becoming much more conscious of their food – vegetarianism was on the rise, and it became cool to tell people that you shopped organic.

Salads were a good way to show off your fresh and local produce (and give you an opportunity to start boring people about the latest article you read about sustainability), so you might have seen something like a watermelon and feta salad dished up at dinner parties; very fresh, very chic. 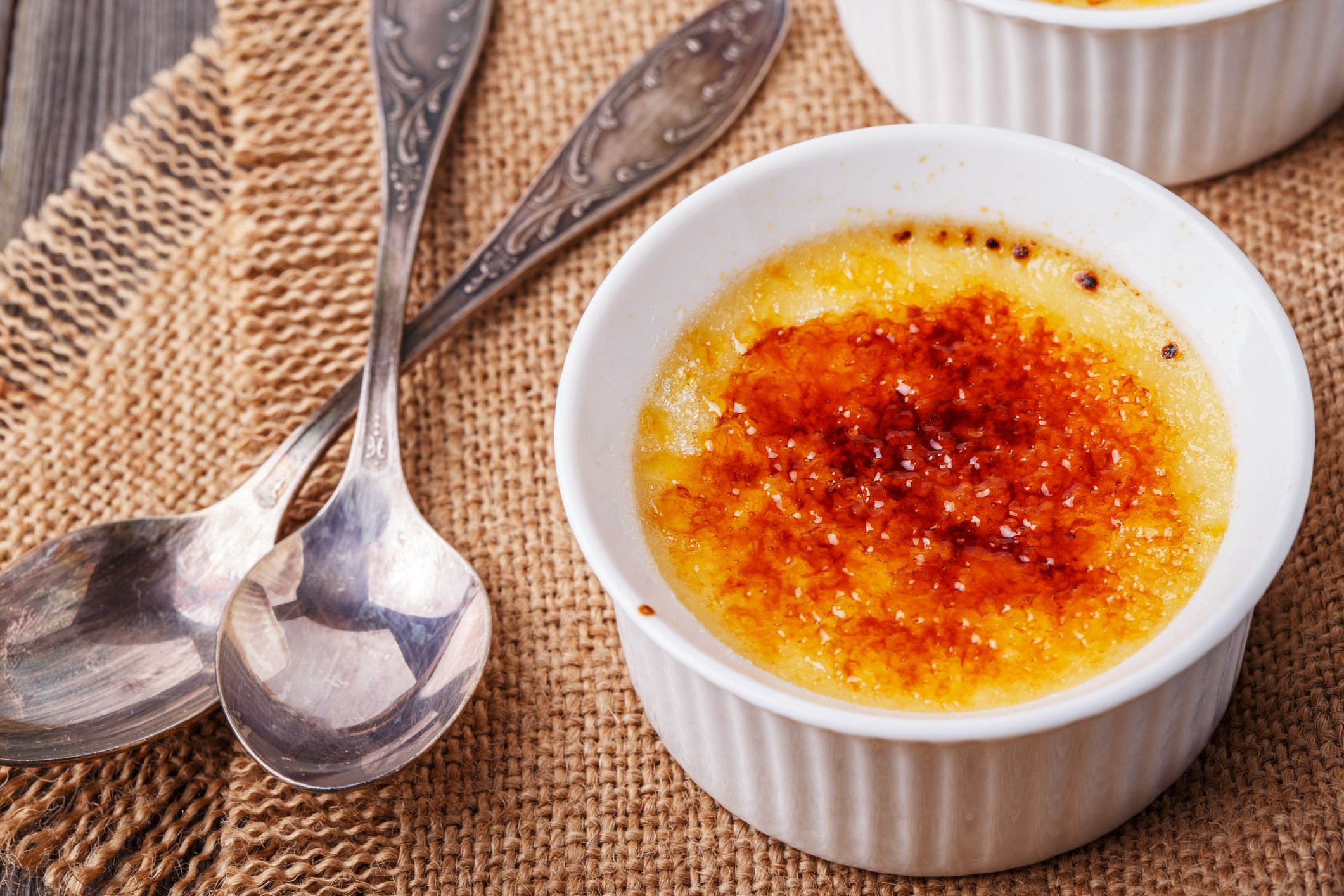 For the main, if you weren’t going full veggie with some trendy quinoa-based concoction, you might have seen something from the opposite end of the food spectrum on your plate – probably a juicy steak. Popular in restaurants, people were following suit at home – something which could be down to the ubiquitous low-carb/high-protein Atkins diet.

In the spirit of showing off (well, isn’t that half the point of a dinner party?!), really finishing off your meal with a flourish during the 2000s would possibly have meant whipping up a crème brûlée for pud.

Spare a thought for all those who have kitchen blow-torches cluttering up their kitchen cupboards; they probably haven’t been used since 2009.