Good hydration is crucial for health and happiness in later years.

We all know – hopefully – that drinking water is important. The human body is more than 50% made up of the stuff, and from splitting headaches to dreadful hangovers, dehydration is a quick route to a miserable day. 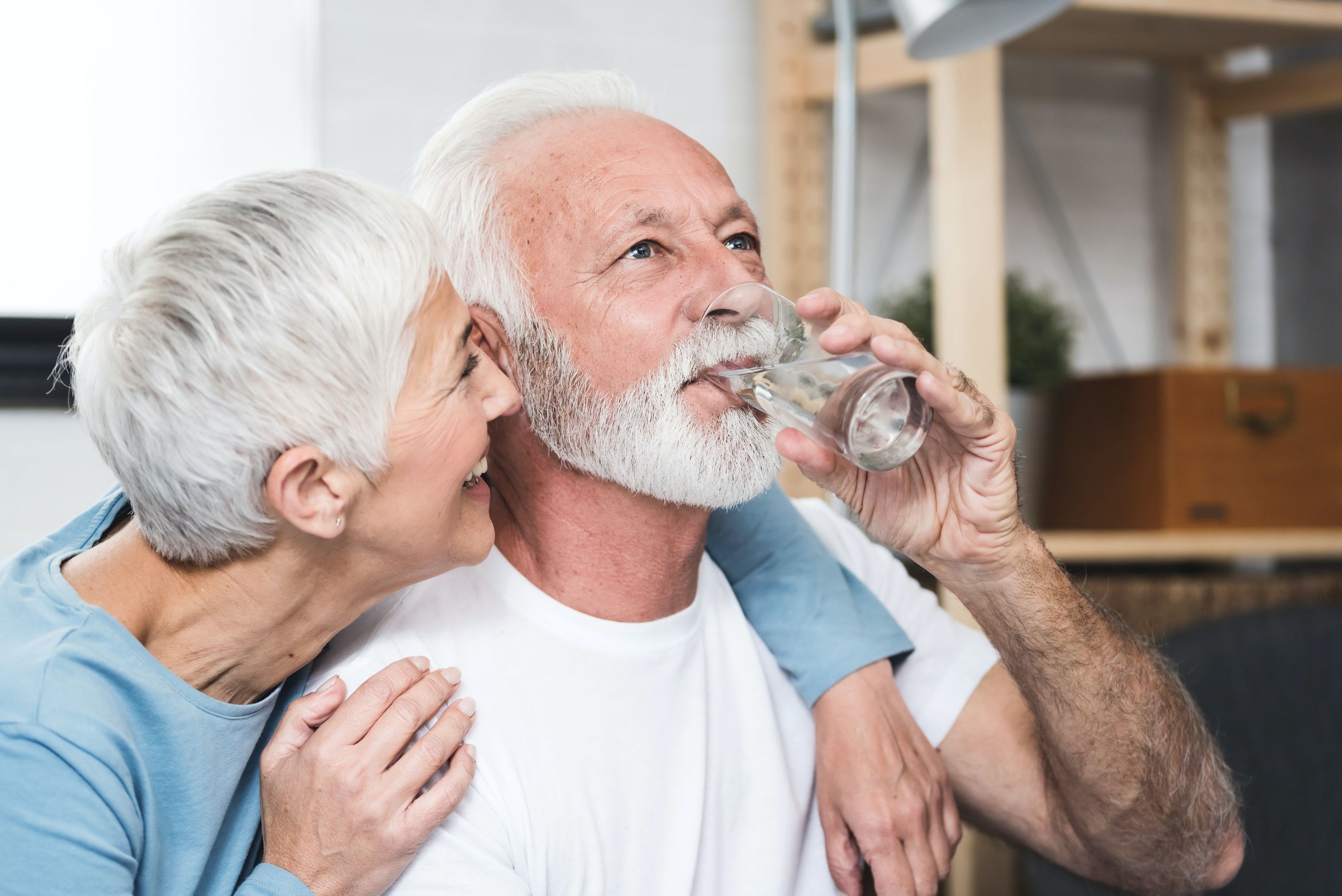 But a recent study suggests there are a number of misconceptions among older people about hydration, which could be harming their health and wellbeing.

Dehydration among the elderly can be dangerous, but is preventable. Here’s what you need to know…

What are the misconceptions?

Though most of the study’s participants agreed that water matters, there was some confusion over the hows and whys. Some associated hydration solely with ‘plain water’ – neglecting the hydrating benefits of other beverages, including tea and coffee, which could make hydration more palatable.

Many needed external prompts to actively consider water intake (like a prolonged period of hot weather), and not to drink only when thirsty. Although thirst is a natural symptom of dehydration, it’s been found that feelings of thirst tend to decrease in later life, and some older people might need to hydrate as a matter of discipline more than desire.

The study also found widespread uncertainty regarding the recommended daily water intake. You may have heard of the 8×8 rule – a popular guideline stipulating eight, eight-ounce glasses of water per day. Though not especially scientific, it’s not dissimilar to the 6-8 daily cups of fluid recommended by the NHS Eatwell Guide.

Finally, researchers highlighted the stigma associated with increasing incontinence, and an associated distrust of fluids. “Her generation has a chronic panic about not managing to get to the loo fast enough,” said one carer of her charge. “She moves slowly, that’s the thing, although she is completely continent.”

Why is dehydration dangerous? 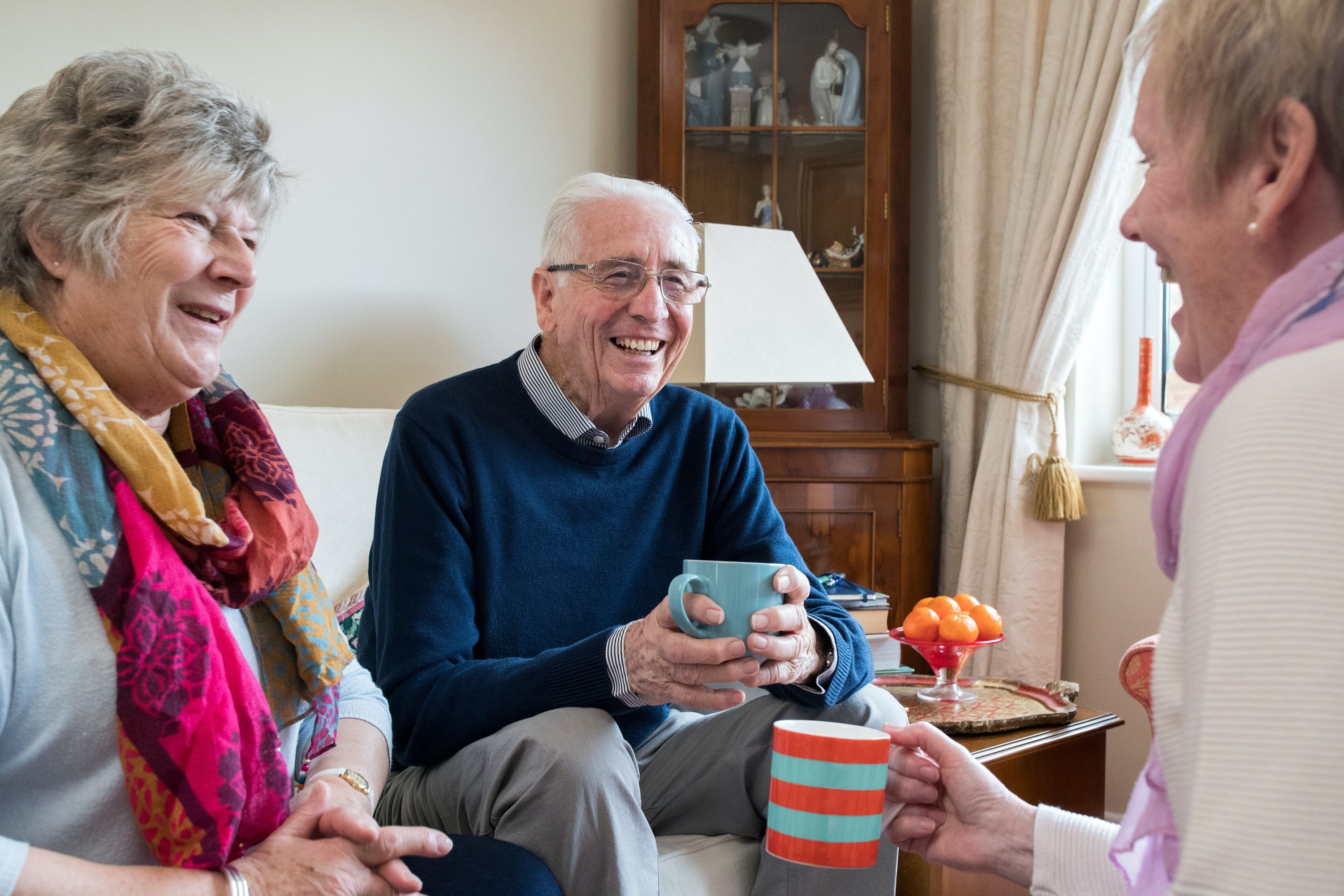 Dehydration doesn’t really display different symptoms among older people, it’s more that those symptoms can do more damage. “Dehydration can lead to dizziness,” says Vivienne Birch, director of quality and compliance for Bupa Care Homes, “which among older people can cause an increase in falls.”

“It can also cause an increase in urinary tract infections (UTIs), which can lead to discomfort and mean that people might need to pass water more often, or without warning. Among older people, UTIs can sometimes trigger changes in behaviour, bringing on dementia-like symptoms such as confusion or agitation.”

A dehydrated body simply functions poorly, and is at greater risk of hospitalisation, infection, disability, and mortality. Stroke victims, for instance, have been found to be more than twice as likely to experience future impairment if they’re dehydrated when the stroke occurs.

How to spot dehydration

“One of the easiest ways to check hydration,” says Birch, “is by looking at the colour of just-passed urine. It should be nearly clear, and darker shades signal dehydration.”

Of course, pee checks are not always possible or appropriate, so Birch says you should also look for dry mouth and lips, sunken eyes and feelings of dizziness or drowsiness. For the clearest diagnosis, you should talk to a doctor, and undergo a blood test.

The NHS website suggests a trip to A&E if a person hasn’t peed all day, or if symptoms evolve into disorientation, seizures, a weak or rapid pulse, or consistent dizziness when standing. These might be signs of severe dehydration, and may require urgent treatment.

How to encourage an older person to drink more 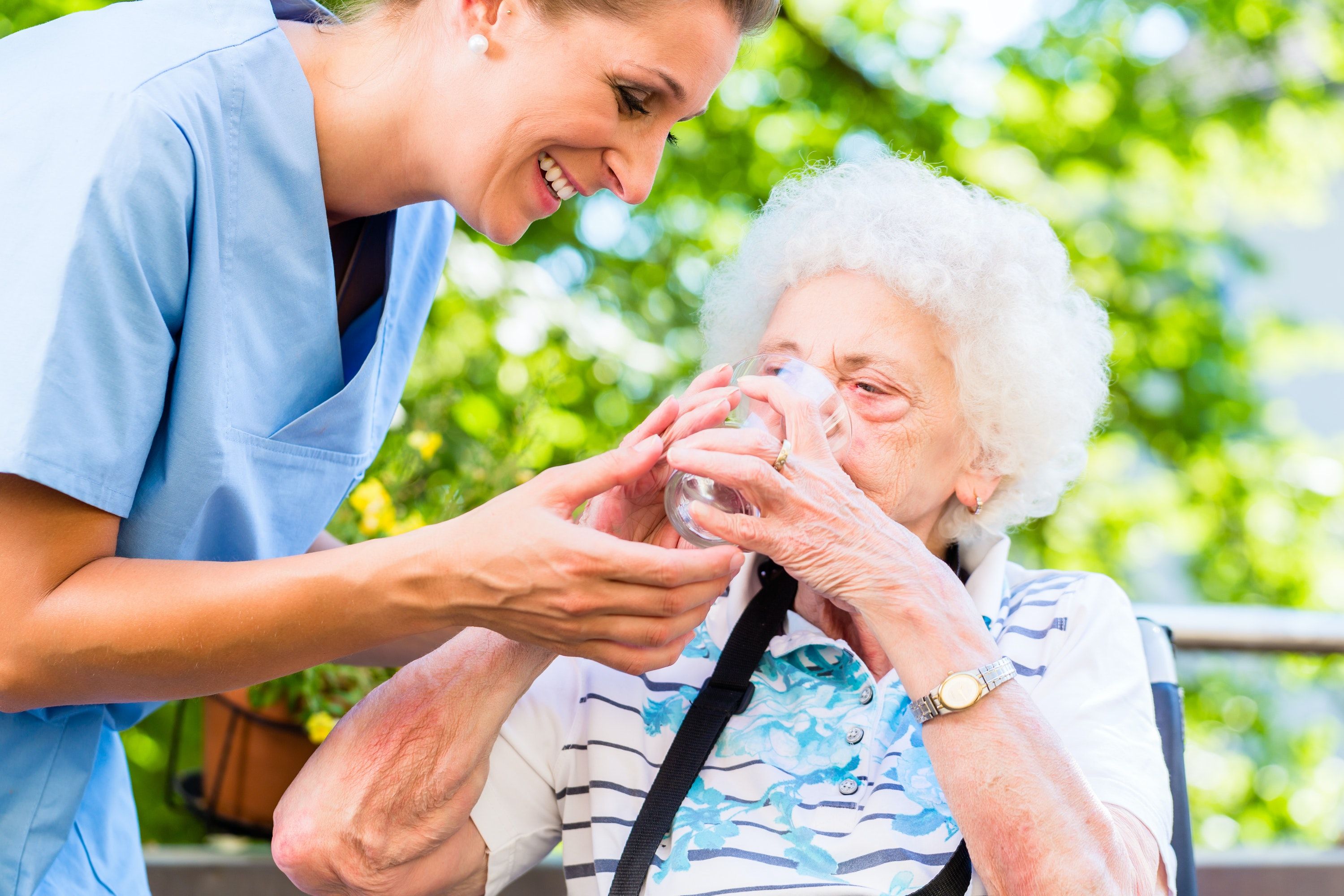 As with so many health concerns, awareness is key, as is making hydration as simple as possible. “If you are looking after an older person, always offer people a selection of drinks, both hot and cold,” says Birch, “and make drinks easy access so that older people can help themselves whenever they wish.”

Birch also suggests using a wide spectrum of edibles – from ice lollies during the summer to high-water foods like cucumber, melons and oranges. “If someone is regularly declining drinks,” she says, “then try and think about ways of making it more engaging. Some of our care homes have started making smoothies with residents, so they can choose their own ingredients.”

Consider trying to integrate more water into pre-existing routines too. Make sure they drink during mealtimes, or when taking medication, or make drinking part of a routine – a morning glass of milk, or an afternoon cup of tea.

Find the NHS Eatwell guide at the link here