Introducing Pete Berry, a true cycling Boldie who refuses to be defined by early onset dementia

“When I cycle, I leave my dementia at home. I become who I was, not who I am.”

Understandably, the diagnosis had a devastating effect on Teresa and their daughter, Kate. As Peter says, “a diagnosis of dementia is not just a diagnosis for the individual but it is a diagnosis for all of the family.”

Since April 2015 when the diagnosis was made, there have been huge and significant changes within the Berry household but bear with me as I am fast-forwarding to the summer of 2018 when I first met Peter. (The events leading up to that are explained in more detail in Peter’s book, “Slow Puncture”, which is due to be published on 28th September 2020). 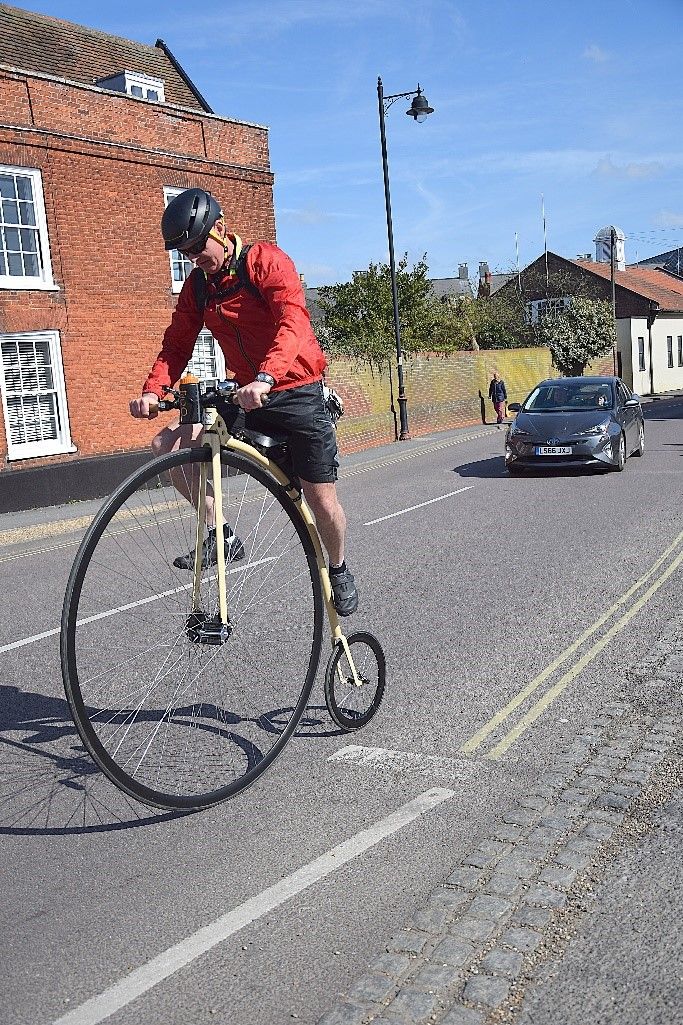 Peter is a passionate advocate of healthy living and exercise, regularly extolling the virtue of both and, more importantly, putting his beliefs into action by cycling several hundred miles a month, either on his penny farthing, his road bike or, more recently as the gears have now become too annoyingly complex, on his single speed 1950s Claud Butler. As Peter says, for every problem, there is a solution and his solution of cycling on a single speed bike has, if anything, made him a fitter athlete.

The words below are Peter’s, but I have typed them up for him as dementia has made reading and writing almost impossible for him, such is the catastrophic loss of his short-term memory. He explains: “By the time I have read one sentence and moved onto the second, I have forgotten the first sentence.” Equally, Peter now finds writing extremely difficult, not even knowing if he is left-handed or right-handed. But no one can doubt his eloquence or his remarkable ability to express what it is like for him to live with this terminal condition. Peter explains how daily exercise mitigates the effects of his dementia.

“When I cycle, I leave my dementia at home. I become who I was, not who I am."

"I have always had a passion for cycling and now that I cannot work, I have more time to cycle. So, there you are - despite dementia stripping me of so many things, that’s me taking back from dementia. It’s not a one-way street after all."

"I’m a great believer that we should take responsibility for our own health and well-being as much as we can, particularly as we creep over that dreaded age of 50! I eat a good diet, I have recently become vegetarian, and I help my wife prepare our food from scratch. The irony is that post-diagnosis, I am healthier than I was pre-diagnosis or at least I am from the eyebrows down! How very odd that it has taken a terminal condition to make me a healthier man."

"Cycling is my salvation. With every turn of the pedals, with every mile behind me, I feel stronger. When I cycle, I push my dementia away, into the shade where it stays until I get home.”

Cycling is my medication; the fresh air is my anti-depressant and the sights and sounds of the countryside act as a balm to my hurt mind. (Note from Deb: Actually, I have to take credit for this paragraph and apologise to Shakespeare for my shameless and brutal plagiarism of his words. But the truth is when Peter cycles, his spirits lift and the cloying thick cloud which was clogging his thoughts are shaken away. It is most extraordinary but, if he’s a little low when we meet, I actually witness a change in him, at the first turn of the pedals.)

But back to Peter!

“When I cycle, I feel powerful, in control and strong. I get to see the countryside, and sometimes it’s like I am seeing it for the first time. The world is a wonderful place when viewed through my cyclist’s eyes. Where there were dark and sinister shadows forming from the spectre of my dementia, there is now light and joy.

Here’s Peter, on a break from filming the Channel Four documentary “The Restaurant That Makes Mistakes” in November 2018. 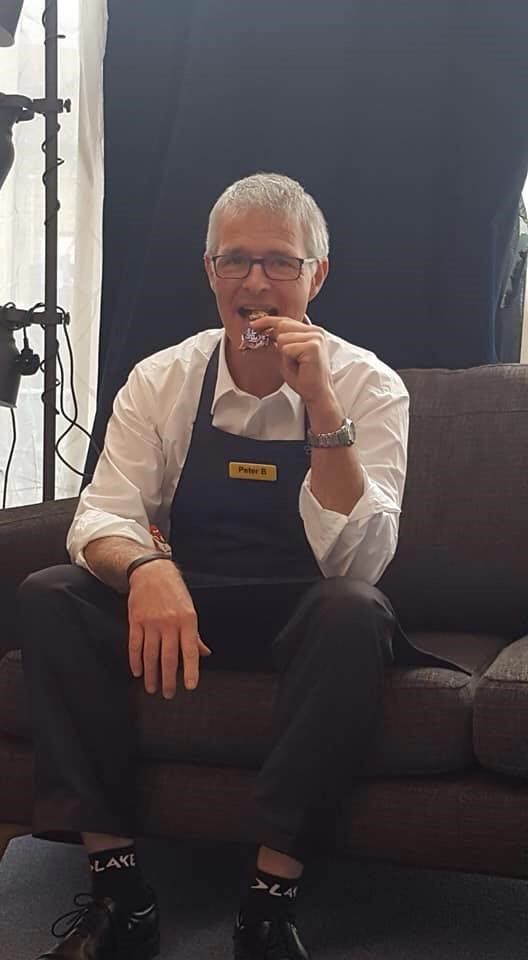