It's the final day of Sourdough September: Love sourdough? Here’s how to get started making it

Get that freshly baked loaf smell in your kitchen now.

Once upon a time all bread was sourdough. It wasn’t until the rise of commercial yeasts, which sped up the bread-making process, that sourdough (and its slow and labour-intensive natural yeast), took a back seat.

But sourdough is enjoying a resurgence with novice bakers taking to social media and popular courses, like the ones available at The Sourdough School, to learn about the intricacies of baking and fermentation.

Norwegian Martin Fjeld knows all there is to know about sourdough – he literally co-wrote the book (Sourdough) with fellow baker Casper Lugg and believes anyone can make good sourdough “with time and attention”. Here he tells us why we should be eating it and what we need to make the perfect loaf…

Why is sourdough so popular? 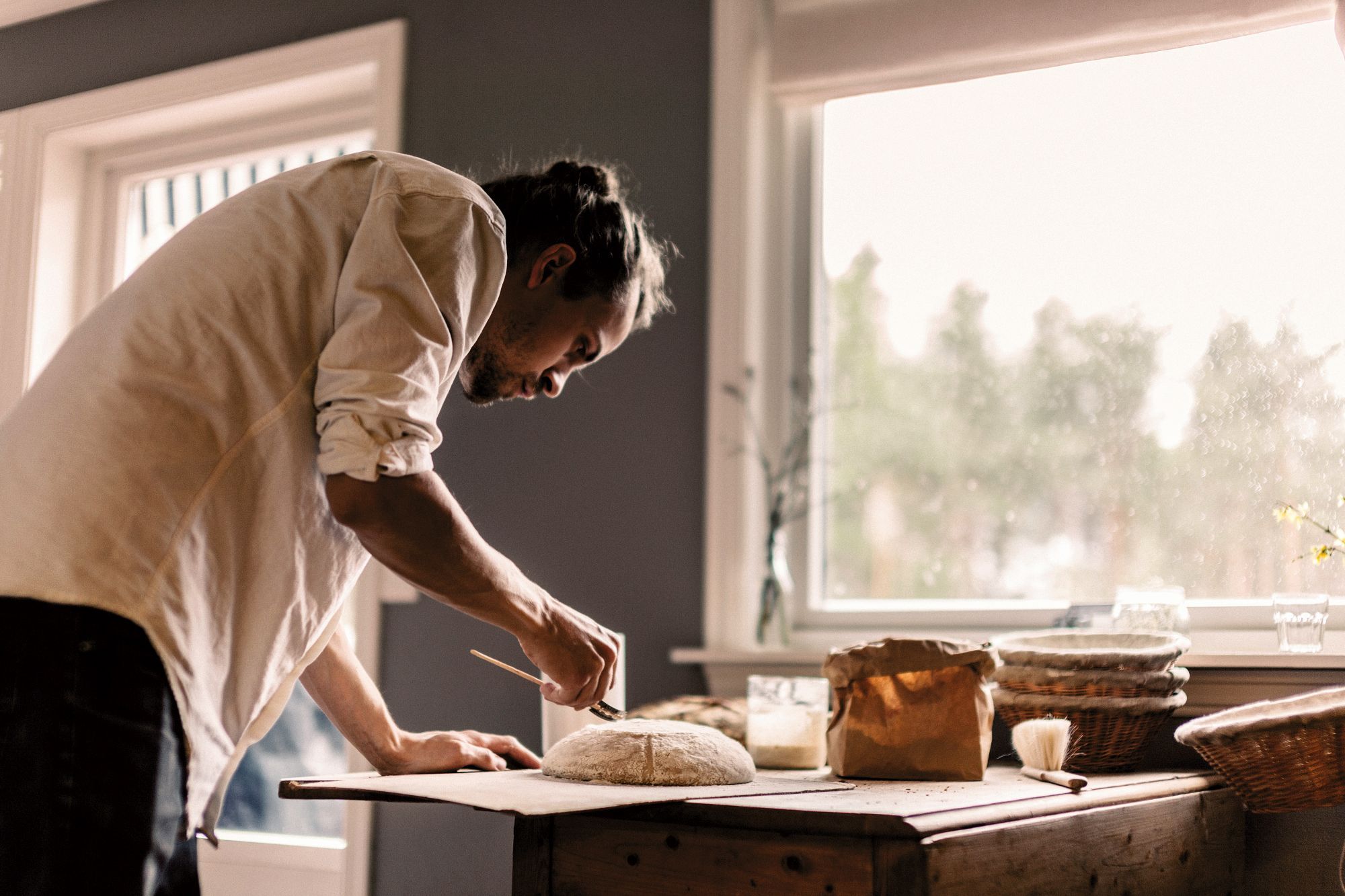 Martin started baking sourdough when he realised it was both healthier and tastier than normal bread.

For him sourdough follows processes that are thousands of years old and he thinks it’s time to reject the new way of doing things, which champions speed and efficiency over quality: “There was a reason people were doing it like that for thousands of years.”

Martin says: “The health aspect is, of course, one side to it. People want to eat more wholesome and I think they find that in the old ways of doing things.”

There’s more to sourdough than easy digestion. You’ll also find a range of vitamins and minerals, as well as proteins and fatty acids. If you’re patient and good at following recipes, homemade sourdough can be a cheap and healthy addition to your daily diet. 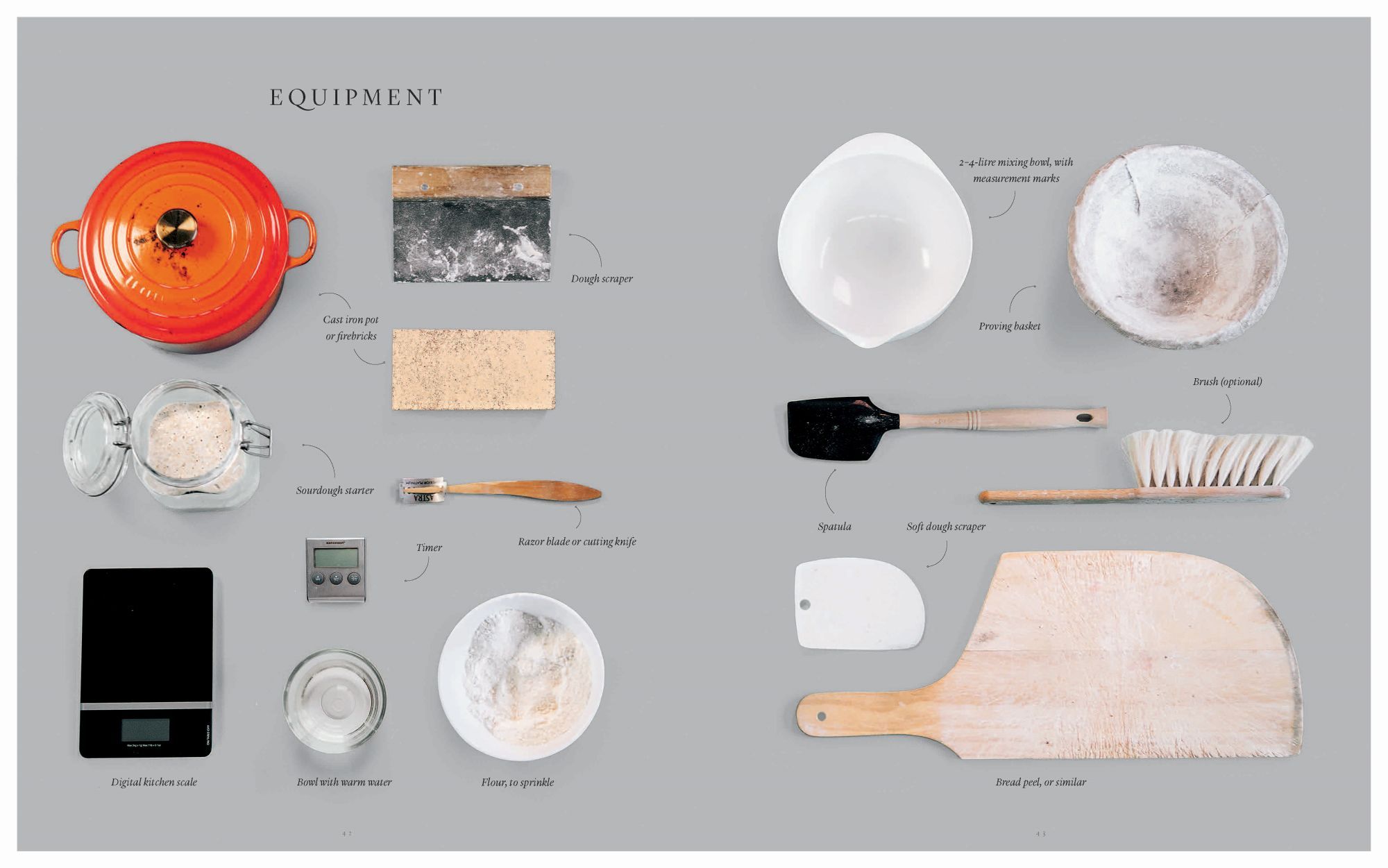 “It’s important to have the kit, but none of it is expensive,” says Martin. “You really don’t need a mixing machine or something like that. All you really need is a bowl and I would recommend people use a digital weight just to know exactly how much you put in.”

But you’ll definitely need a jar. Your ‘sourdough starter’ needs to be sealed in a clean jar or pot. A jam jar works just fine. The following will also make life a lot easier – a digital scale, a proofing basket, loaf pan, metal dough scraper and mixing bowl.

It all begins with flour, water and salt

But there’s a crucial fourth ingredient: time. “It is time that allows the flavours of the grain to mature, which gives the bread its unique quality,” says Martin.

To bake sourdough, you need to make what’s called a ‘sourdough starter’ – a mixture of flour and water that’s left at room temperature until it’s begun to ferment and become what Martin calls “a seething culture of yeast spores and lactic acid bacteria”.

It takes about a week – and some feeding with more flour and water – for your starter to grow and bubble up in its glass, ready for you to start baking with it.

“You just have to push the right buttons and you will get a good loaf,” says Martin. “So it’s more about the shaping and, all the time, techniques. It’s about learning the fermentation process and understanding that it’s a living organism that works for you, and figuring out when to start and when to stop.”

He also advocates that you use the best ingredients you can find: “Flour is an important part of a good loaf. Stone ground flour is important as well in terms of flavour.”

Although Martin doesn’t hate bread-making machines, he does believe mainly in hand mixing, but adds: “As long as you use good flour and if you’re able to naturally ferment it, then that’s going to be tasty. It doesn’t really matter to me how it’s made. That’s a good loaf.”

Martin’s book explores several ways things might go wrong and how to avoid them. He believes the secret to avoiding sourdough disasters is all in the recipe. His first loaf, he said, looked like a cannonball, but he was soon baking like a pro.

Here’s a couple to watch out for…

Dough can go flat if you’ve let it ferment for too long, as the dough no longer has enough strength to rise. You can avoid this by making sure your fridge is cool enough. If the problem persists, lighten the leaven (use less yeast).

If the dough is sticking to the proofing basket, it might mean your dough is too wet.

If your mixture is right, it should look a little like this:

If successful, a sourdough loaf worth its weight in flour, salt and water should test even the sharpest of bread knives with its thick crust.

As Martin puts it: “In a well-fermented loaf, you will see that by a deeply caramelised crust. Almost burnt, with a really, deep, crackling and crispy crust.”