Yep, chocolate and potatoes – together. Ella Walker tests it out.

Jersey Royals are the epitome of springtime. Give them to me steamed and doused in butter; just warm and dunked in salt and pepper; served alongside – or inside – a spring quiche; as an accompaniment to salmon, or as part of a grown up potato salad. With chocolate though? Perhaps not.

Sure, there’s a current culinary bent towards veggies in puddings, from courgette cakes and beetroot brownies, to avocado chocolate mousse, but so far, potatoes have not had much of a look in.

So, when challenged to bake and try Jersey Royal brownies, it would have been churlish to refuse…

The basic mix is classic brownie: chocolate, cocoa powder, sugar, butter, flour, eggs, but with the addition of Jersey Royals. It’s very bizarre grating boiled potatoes (I discard the skins) into molten dark chocolate – think Rachel’s cottage pie trifle in Friends. The potato made the batter quite lumpy too, and strangely sticky, but in the oven it puffed up exactly like a normal brownie – and all you could smell was cocoa, not baked potato, which was a relief.

Cooled and sliced, the lumpiness vanished, the middles were suitably gooey, and there’s absolutely no visible sign of potato. Biting into them, you genuinely can’t even taste the potato – and there’s no weird starchiness. The brownies do have an extra softness to them (no, not like mash), which means a not too-crisp top, which does seem to owe itself to the Jersey Royals, but overall, they’re pretty delicious (so much so, I accidentally ate half the tray in one sitting…).

Here’s how to make Jersey Royal brownies with peanut butter… 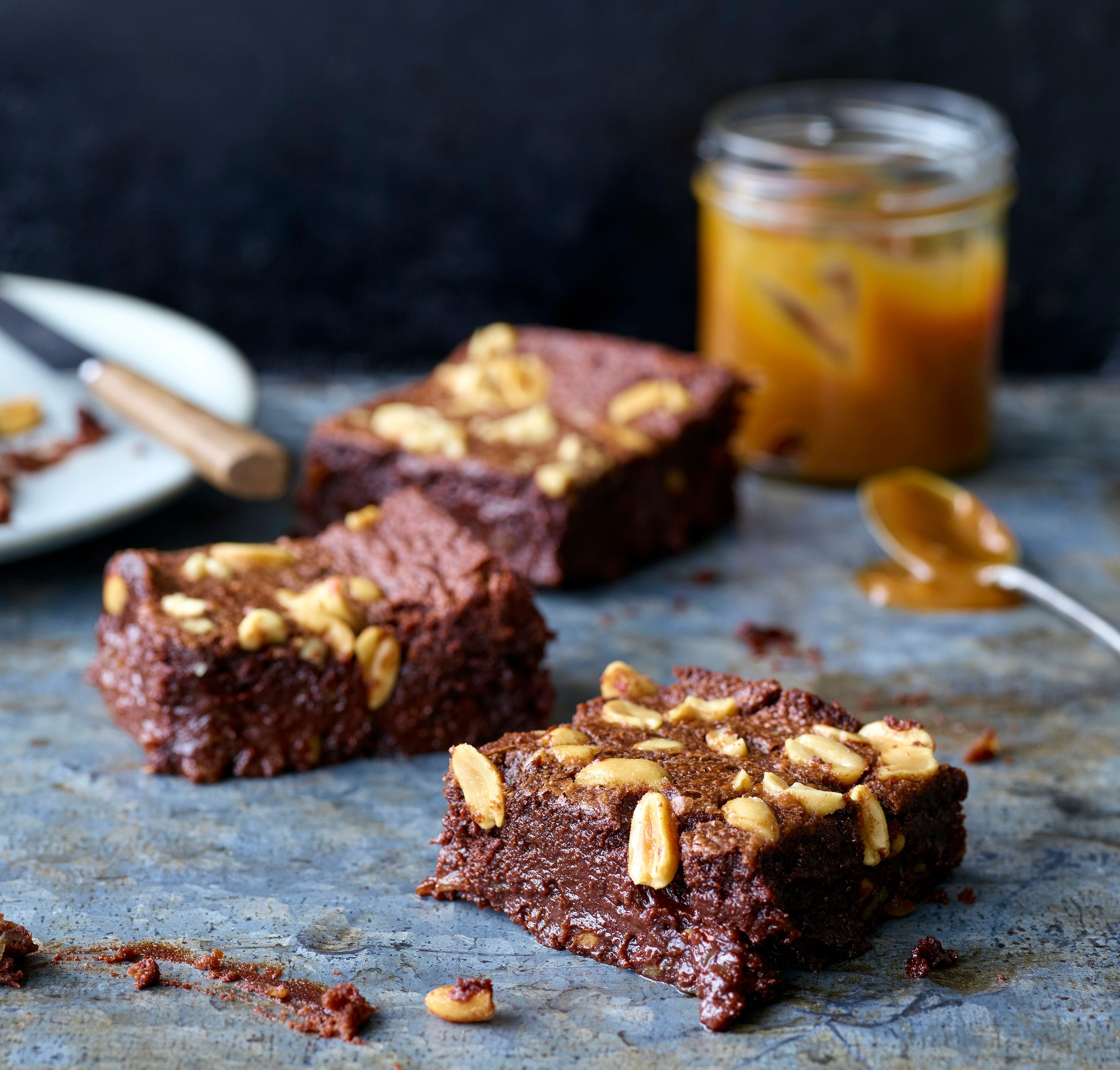 Bring a pan of water to the boil, add the potatoes, and cook for 10-12 minutes until tender. Drain and run under cold water until cool enough to handle. Pull off any loose bits of skin and then finely grate the potatoes.

In a large pan, gently melt the butter, peanut butter and chocolate, stirring regularly to combine and stop the chocolate catching on the bottom. Remove from the heat.

Use an electric whisk to beat the sugar and eggs for a few minutes until they are thick. Fold in the chocolate mixture until well combined, then gradually fold in the grated potatoes. Sift over the flour and cocoa and fold into the mix.

Spoon into the baking tray and scatter over the peanuts. Bake for 20 minutes until just cooked but still a little wobbly. Cool in the pan for 10 minutes before transferring to a wire rack.

Cut into squares and serve with the salted caramel – or eat plain. Store in an airtight container for up to three days.