Just over five centuries on from Leonardo da Vinci’s death, Luke Rix-Standing combs through the myriad abilities of one of history’s most talented men.

At some point in our lives, most of us have wondered why the sky is blue. It’s an obvious starter for 10 for the curious. Leonardo was no exception, and after much thought, theorised that the colour came from the reaction of light to droplets of moisture in the air.

It was an 8/10 answer from a man miles out of his field and way ahead of his time. No one bettered it for around 300 years.

The original ‘Renaissance man’, a true Boldie amongst Boldies, Leonardo was an all-round cultural behemoth whose genius continues to defy classification. He painted some of the world’s greatest masterpieces, designed an early prototype for a helicopter, and dabbled in cartography, palaeontology, botany, mathematics, architecture, anatomy, ichnology and engineering. 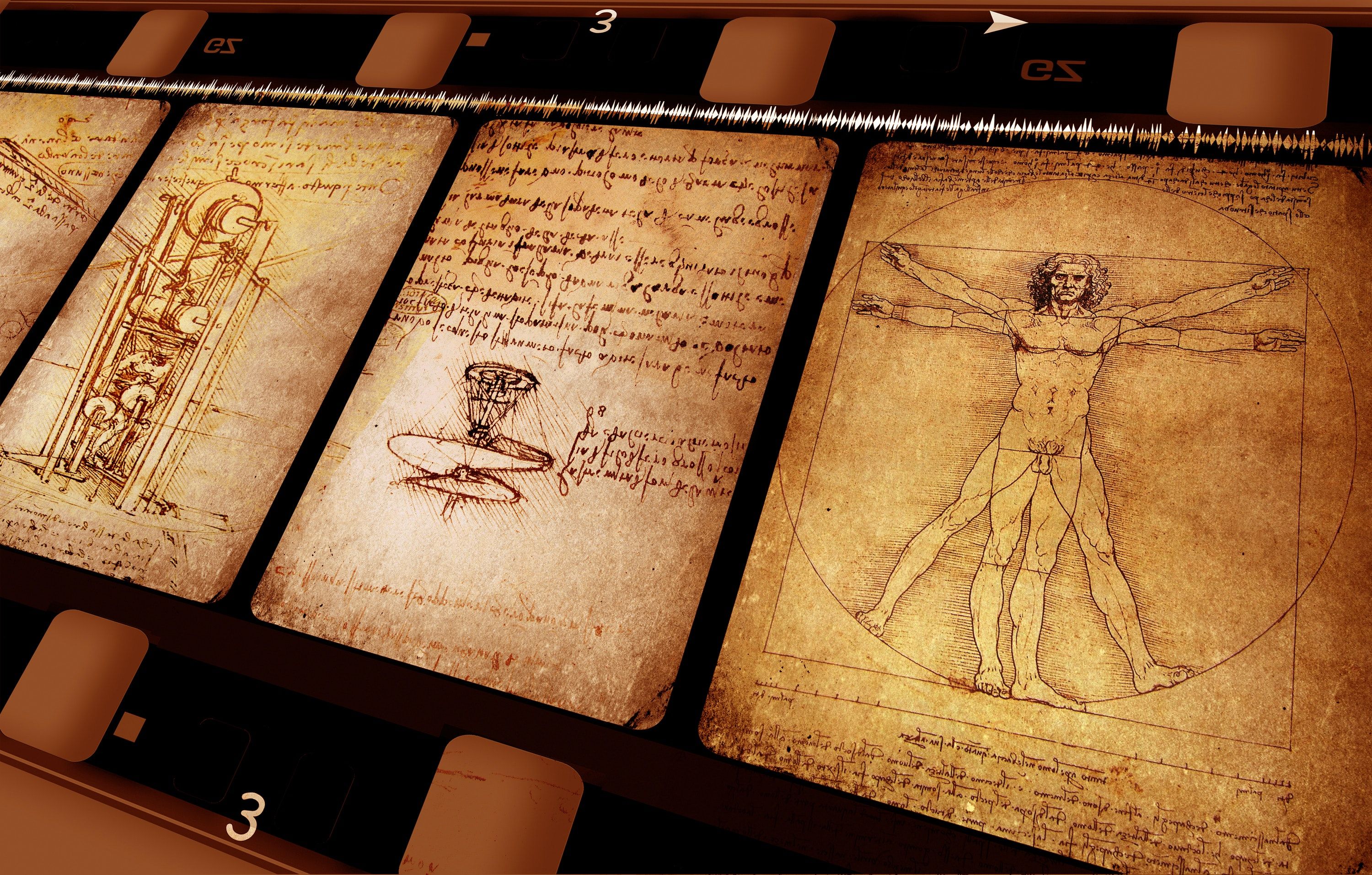 Unfortunately for the world’s biographers, there was only one subject that Leonardo did not seem to find too stimulating – himself. Though rarely seen without a notebook in hand, he never once used it as a diary, and his thousands of unpublished pages are filled with fastidious observation of the world around him, and enquiry into its workings.

Before this sounds like too much of a love-in, he could also be infuriatingly retentive, was prone to petty rivalries, and frequently failed to finish what he started. A classic perfectionist, on his deathbed, Leonardo uttered the immortal, seemingly preposterous phrase: “I have offended God and mankind, because my work did not reach the quality that it should have.”

So prodigious were his talents, that this may even contain a nugget of truth. Here, 500 years since Leonardo’s death in May, 1519, we take a look back…

It is almost strange that such a polymath should be best-known for his paintings, especially since he completed fewer than 20 of them. It helps, of course, that their number includes world’s-best-painting, the Mona Lisa. 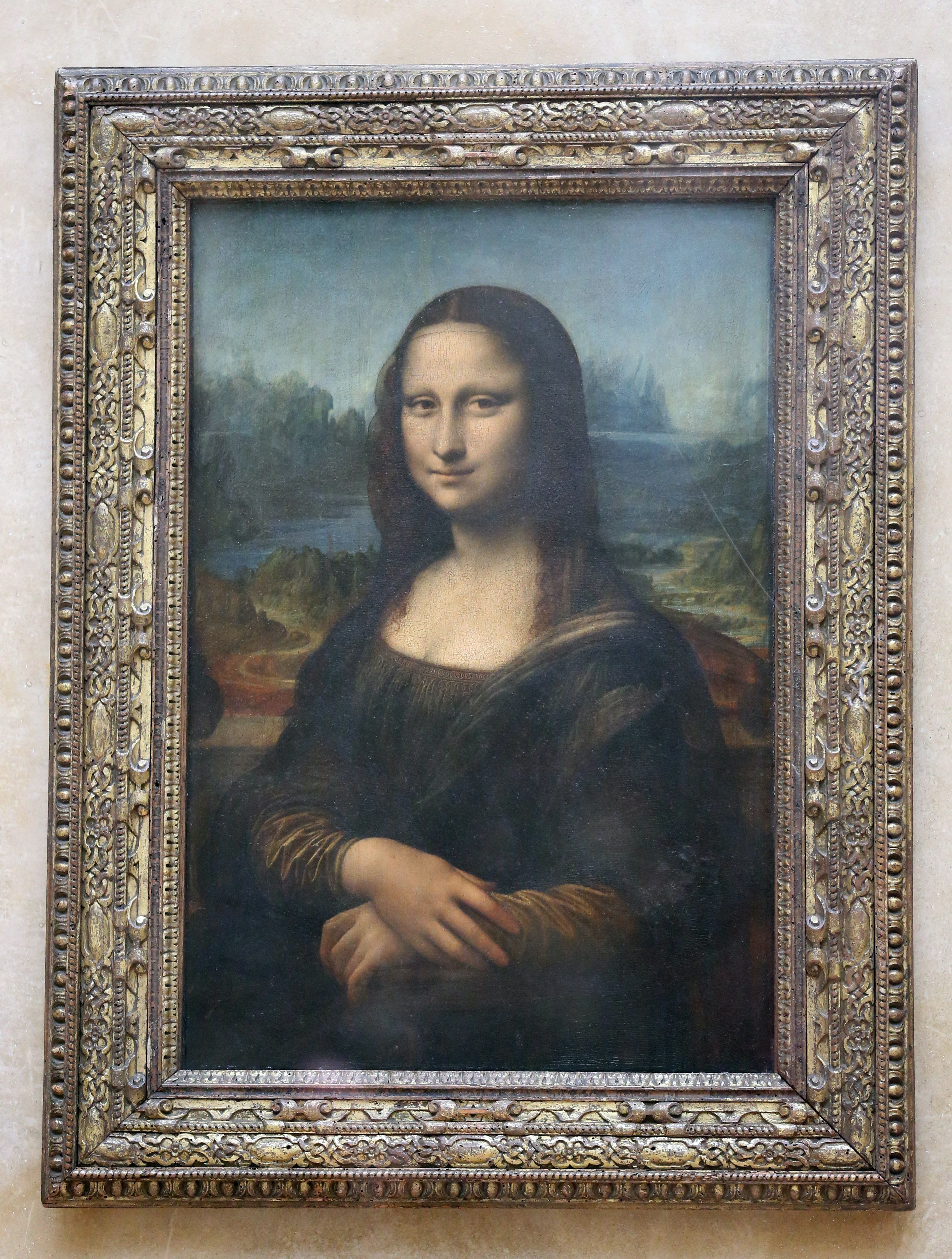 A long-time resident of The Louvre, the portrait’s enigmatic smile matches its mysterious history – sitter and date have long been a source of controversy, while legend has it that Leonardo spent more than a decade working and re-working the lips.

The painting did not hit super-stardom until 1911, when it was trousered by a hired handyman who’d hidden in a closet ’til closing time. The Thomas Crown Affair it was not, but it took two years of global media coverage before the painting was recovered. It now sits behind a layer of bulletproof glass, and has its own letterbox for fan mail. 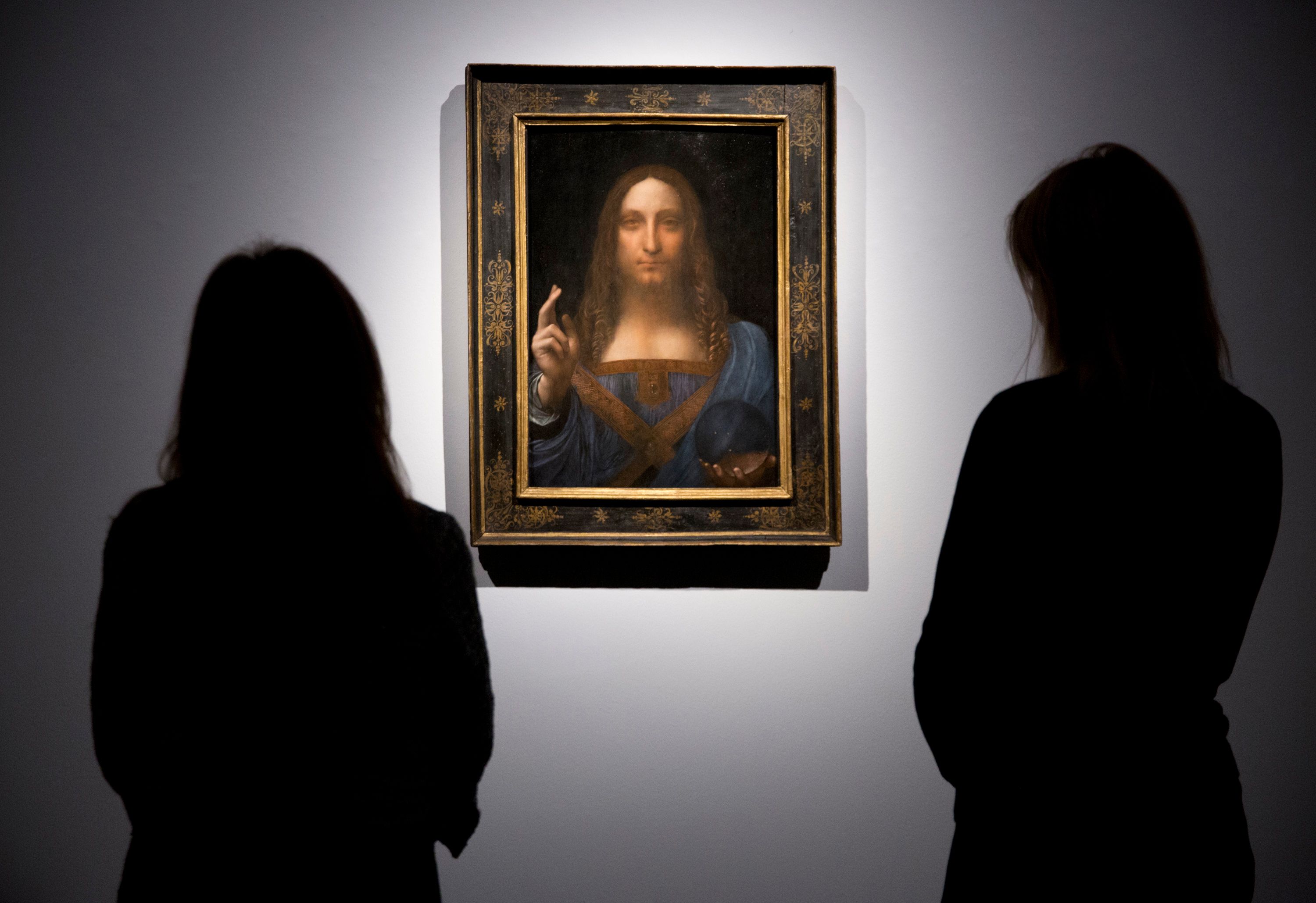 It’s written into French heritage law that the Mona Lisa cannot be sold (if the insurance is anything to go by, no one could afford her), but Leonardo tops the commercial rankings too. The only Leonardo in private hands, his Salvator Mundi recently fetched $450 million at auction.

In painting, Leonardo did not re-invent the wheel – he used hand-made oils and tempera, typical of the High Renaissance – but he took existing techniques to new heights. Lady with an Ermine is a classic of his oeuvre – a pyramidic composition and masterpiece of ‘chiaroscuro’, a heightened contrast between light and dark. 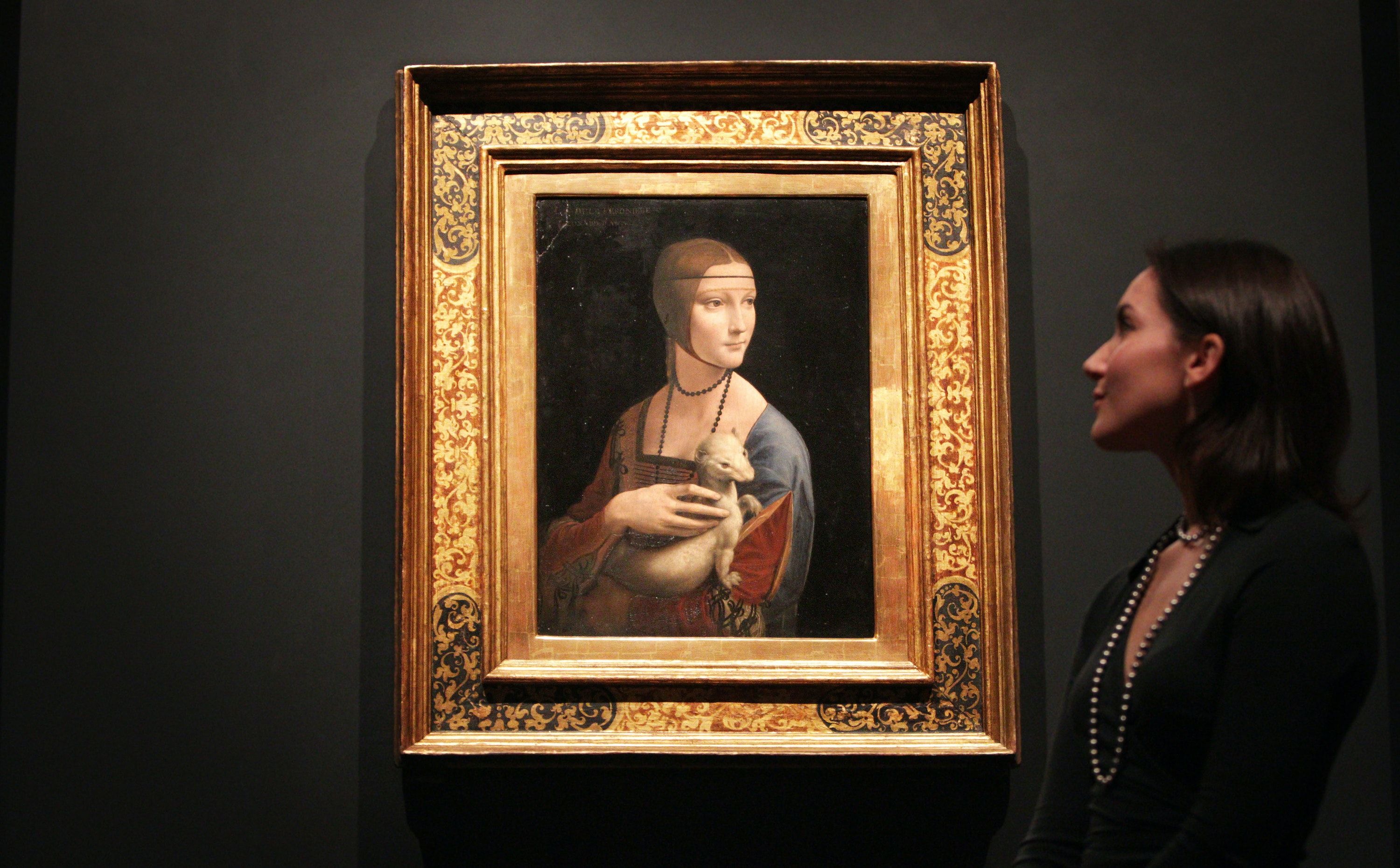 The colour is rooted in ‘sfumato’ (a subtle blending of softened colour used heavily on the Mona Lisa too), while the sitter’s exposed hand showcases extraordinary anatomical precision. Wrinkles, veins, fingernails – even the flexed tendon in her forefinger – are rendered with microscopic accuracy.

He did not always get it right. His giant Milanese wall painting, The Last Supper, ranks among the most famous artworks of all time, but Leonardo eschewed quick-setting fresco in favour of materials that allowed him to work at his own pace. 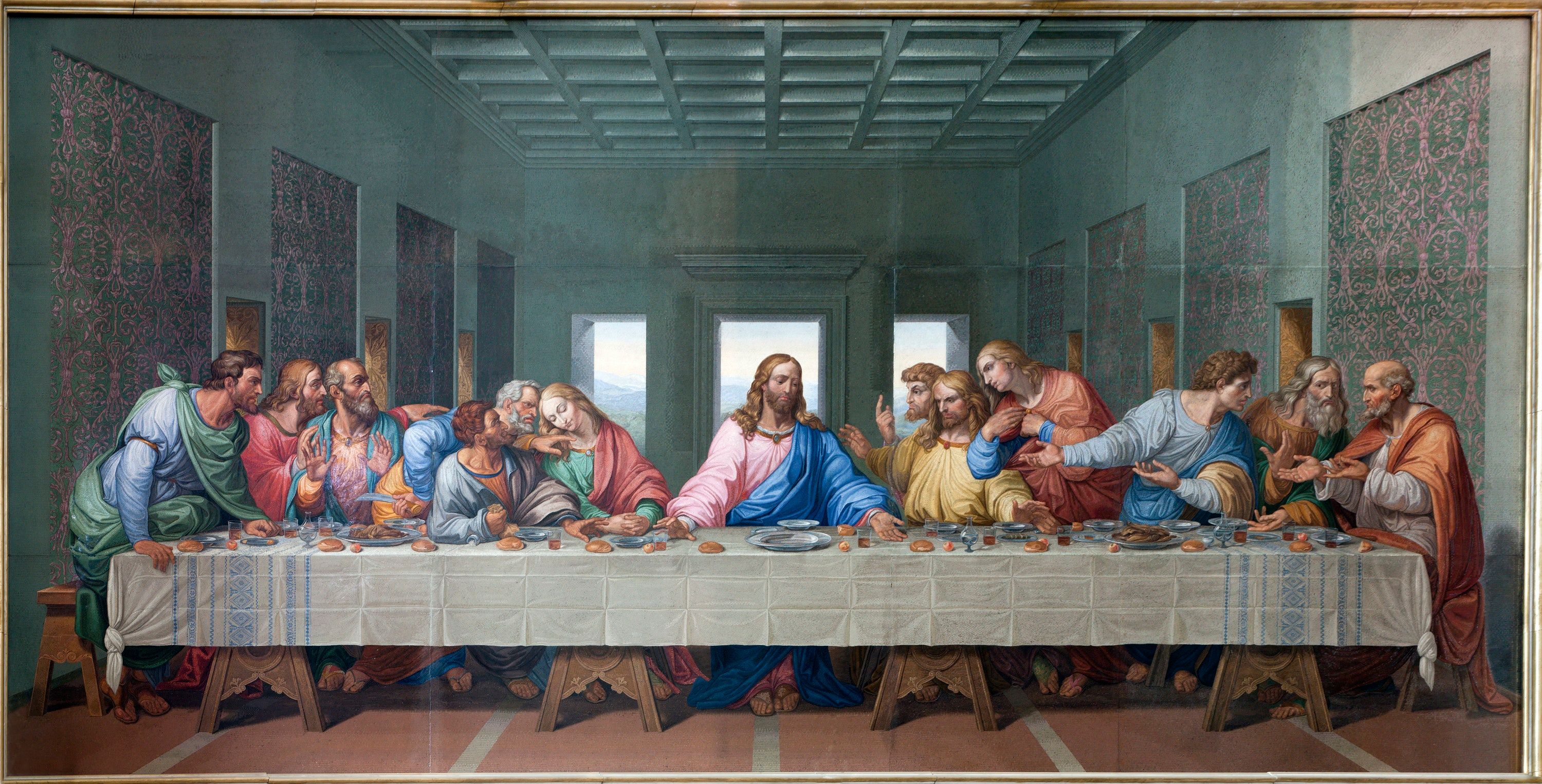 His decision meant the work began to flake even as it was finished, and by the 1550s onlookers described it as “ruined”. Several restoration attempts later, visitor numbers are now carefully regulated, but the artwork continues to degrade.

Leonardo was self-taught in most things, and once signed himself “a disciple of experience”. Most of his insights were gleaned through his own observation.

To modern minds, his paintings and inventions are clearly distinct, but the artist himself might not have thought so. It was typical of the High Renaissance to see art and science as one, and just as his paintings were geometric, his scientific sketches were rendered with care. 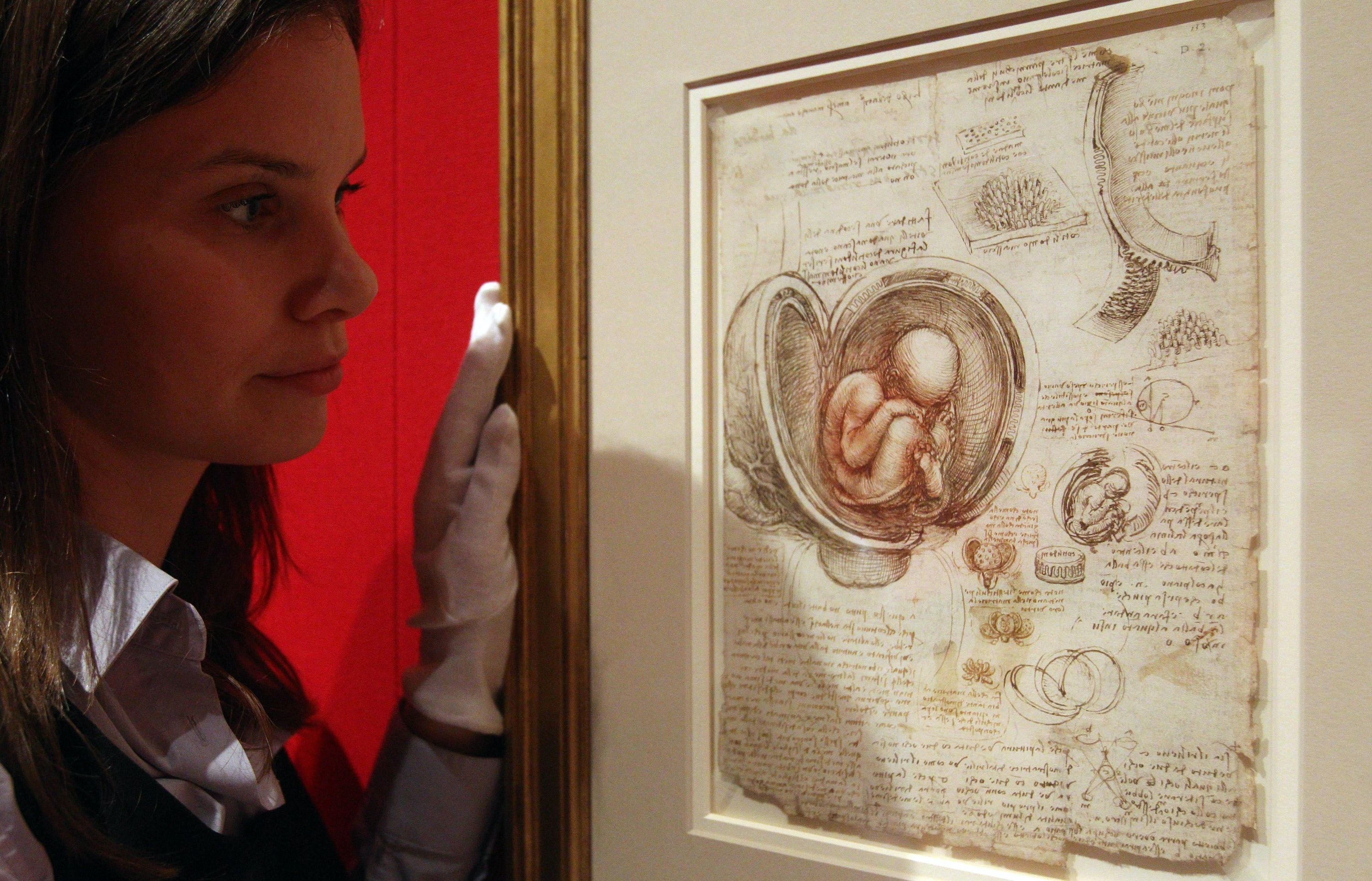 He built an international reputation as a civil engineer, designing a host of bridges and building projects, and contriving a grand, if unrealised plan to divert the River Arno. His notebooks yield a wide array of theoretical diagrams, including an armoured tank, an underwater breathing suit, and a famous flying machine with a helical rotor.

Yet more famous are his dissections – the calculated disassembling of countless cadavers to map the human anatomy. Initially, this was only permitted for a qualified physician – which Leonardo was not – so he reputedly procured corpses from grave robbers and through a friendly hospital director. 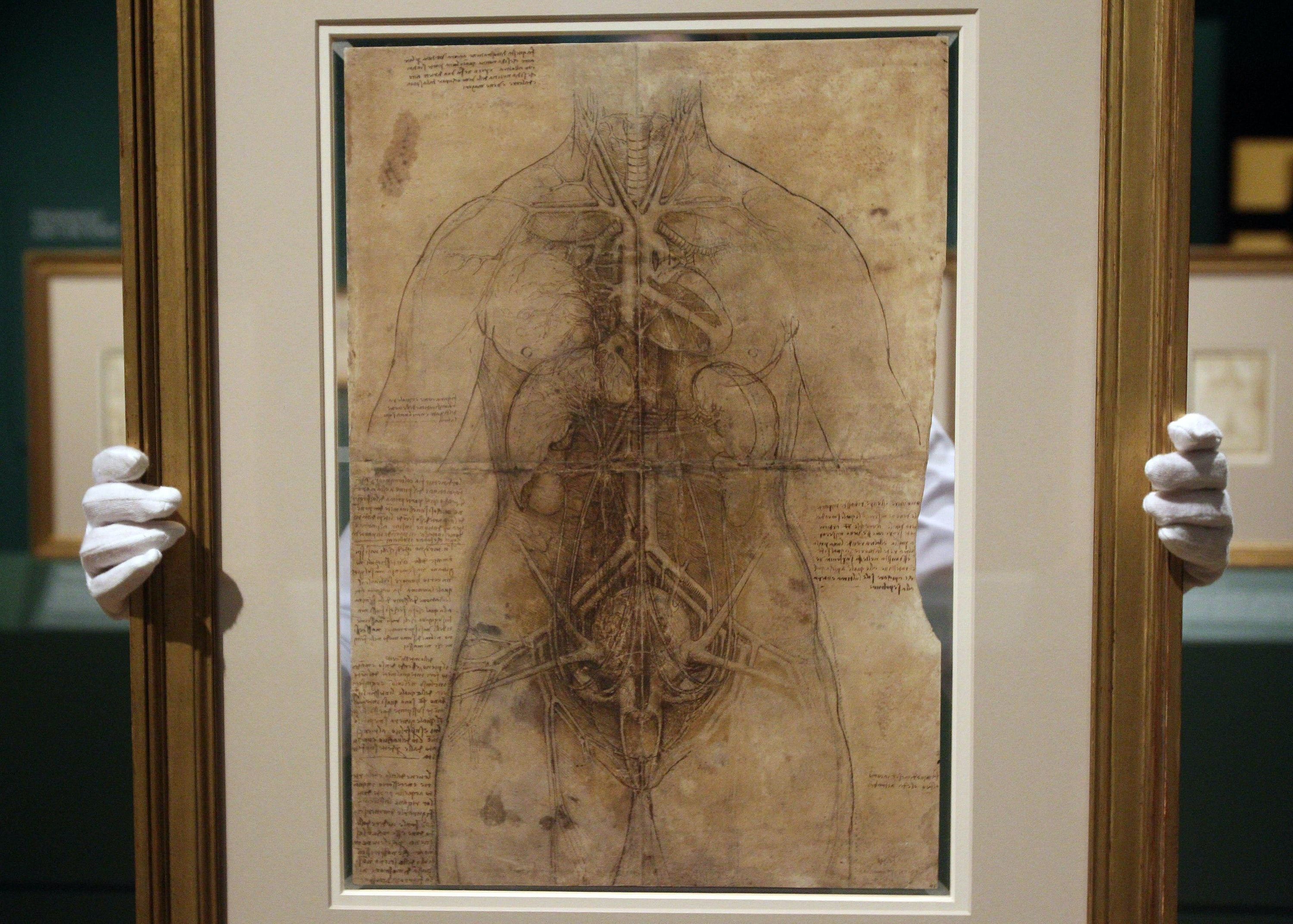 He determined that the heart governed the circulatory system, made one of the first drawings of a fetus in utero, and was the first to define cirrhosis of the liver. Just one example of the lengths to which Leonardo would go to satisfy his intellectual curiosity.

Even in his time, these unusual exploits built him a near-impenetrable mythos. Society likes its geniuses to be eccentric – and Leonardo was certainly that.

His notes were written in a back-to-front script that required a mirror to read, his designs featured deliberate mistakes to ensure they couldn’t be plagiarised. It’s widely believed he was dyslexic, almost certainly homosexual, and staunchly vegetarian. His love of animals was such that he would buy caged birds at markets in order to set them free.

He was a talented musician – especially on the lyre – but considered painting to be a higher art as it outlasted its performance. 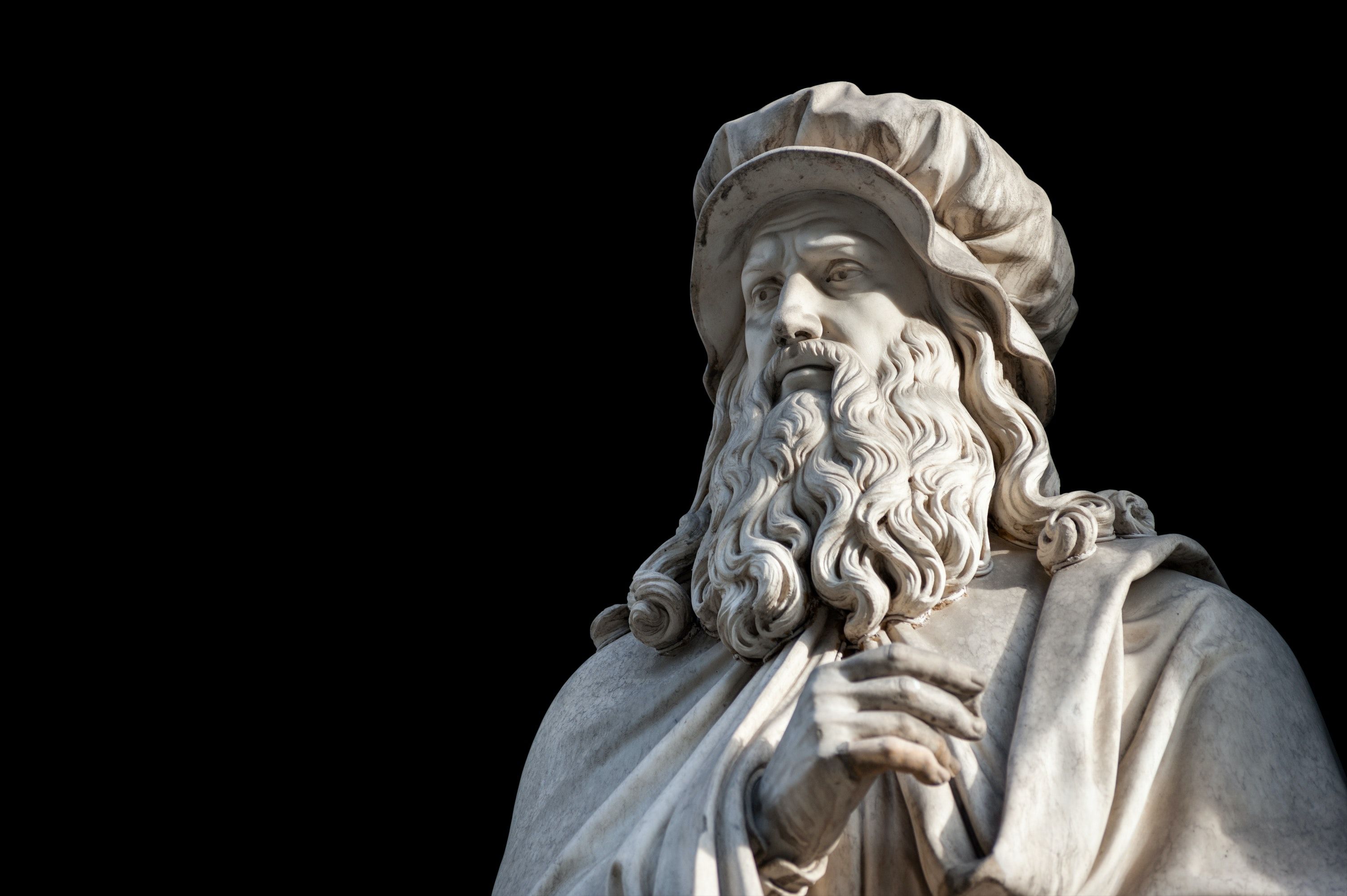 An illegitimate son of a respectable family with a passable but limited education, Leonardo was a born outsider who occupied a space between society’s classes. We know little about his early life – besides that he was born near the little village of Vinci – until he entered an apprenticeship aged 14 with Andrea del Verrocchio, one of Florence’s leading painters.

An almost certainly apocryphal anecdote relates that when the master saw what his pupil could do, he resolved never to touch a paintbrush again.

Despite his reputation, it’s probable Leonardo did not see himself first and foremost as a painter. He left Florence for Milan in 1582, and sent Duke Ludovico Sforza a letter listing his portfolio of talents. At the end, he mentioned – as an afterthought – that he could paint. 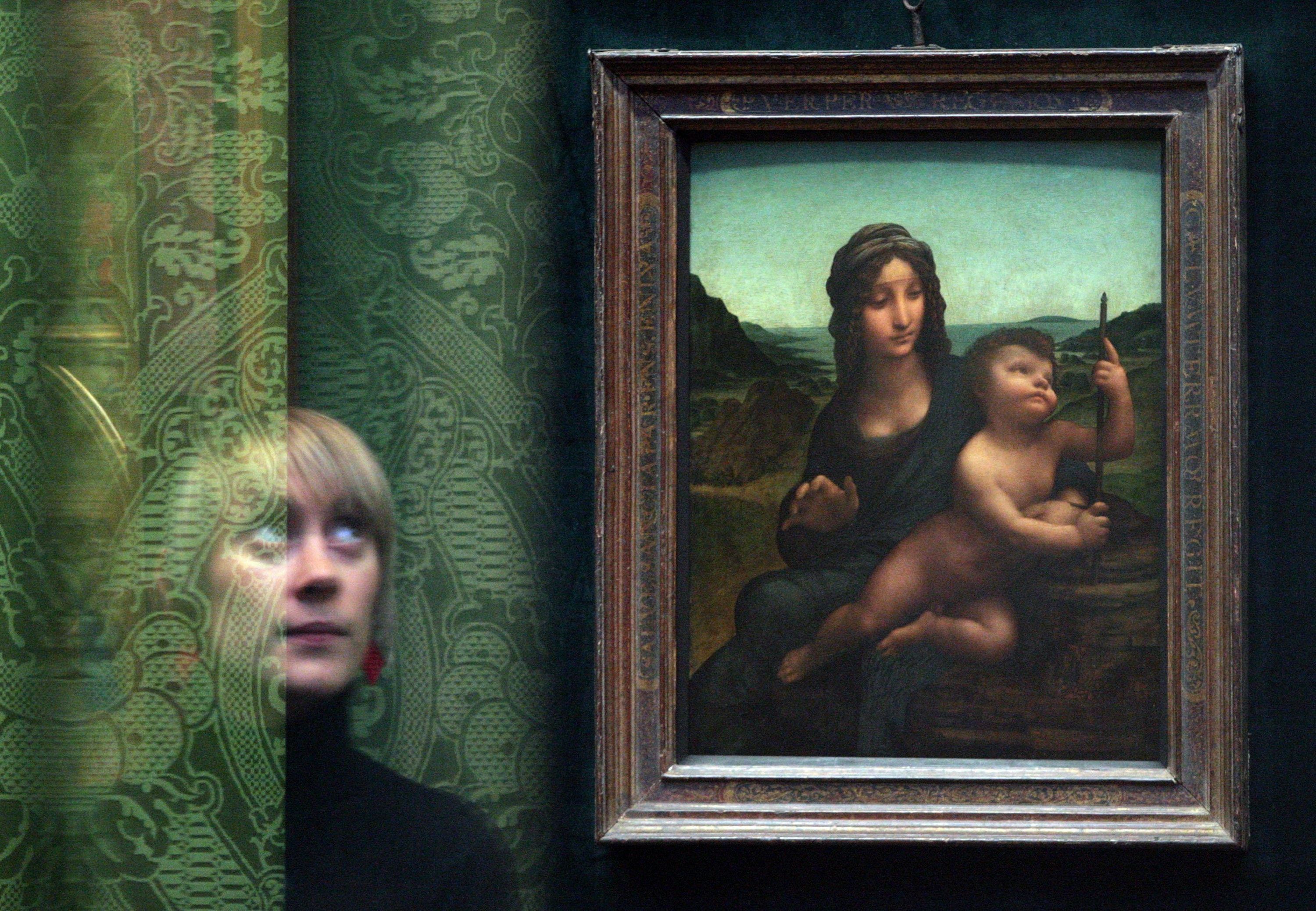 Under the Duke’s patronage, Leonardo enjoyed perhaps the most fruitful stage of his career, but fled the city for Venice after an invasion by the French. For some time he flitted from city to city – Rome, Florence, Cesena – before, in 1517, he was lured from Italy by Francis I of France.

Though not quite a household name in his lifetime, he was a rock star among the chattering classes, and the defection to the French court was quite a coup. Two years later he passed away aged 67, possibly of a stroke.