Len Goodman: ‘I dance the cha-cha-cha naked for my wife in the morning!’

The former Strictly favourite talks to Gabrielle Fagan about his enduring love for work, and why looking after his joints has been life-changing.

He’s famous for judging dancing – but Len Goodman declares happily that, these days, the only time he ever actually dances is in his bedroom.

“I don’t dance at all now, except an occasional solo just after I’ve done my morning exercises, when my wife’s still in bed. I’ll dance the cha-cha-cha naked just to give her a treat! It certainly wakes her up!” he says, roaring with laughter.

The 75-year-old is still as full of charm and wit as he was on Strictly Come Dancing, which he joined as head judge when the show began back in 2004, staying on for 12 years before bowing out in 2016.

Famous for his familiar “Seveeeen!” score, he also had a great line in colourful catchphrases – including “pickle me walnuts”, “winner, winner, chicken dinner, finger-licking good”, and “spank me gently with a wet chamois”.

His unique blend of knowledge, innate kindness to contestants, straight-talking and occasional grumpiness endeared him to millions.

He still watches Strictly, but says: “It’s like having a girlfriend who you’ve dated for a while and you’re happily split from – but when you see her out with another bloke, you think, ‘No, that’s not right, that was my girl’. 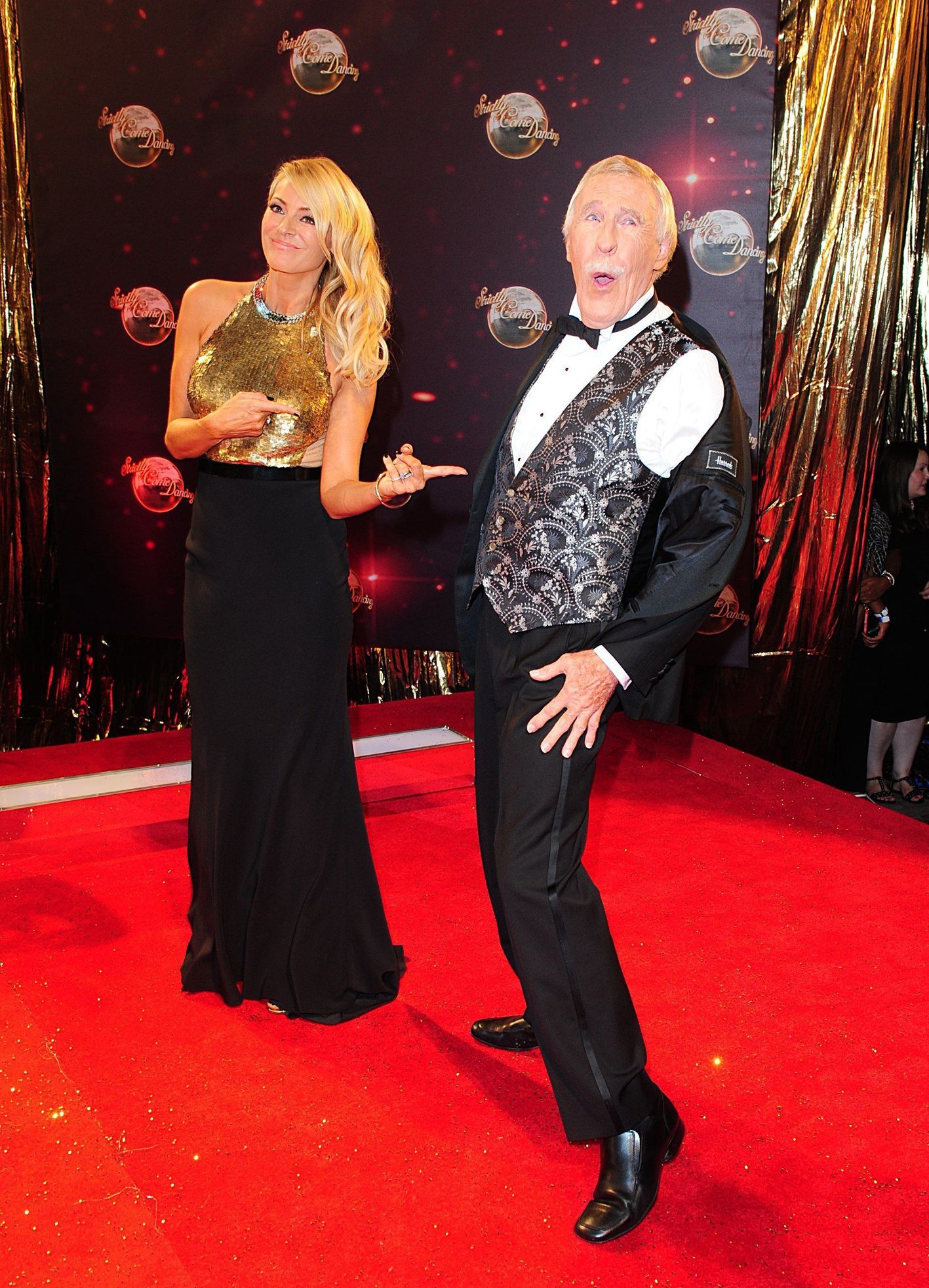 “So it feels funny but I don’t miss it – it’s about looking forward not back. Even if they asked me to go back as a guest judge, I wouldn’t. I did my best for all those years and I wanted people to say, ‘It’s a shame old Len’s gone’, instead of, ‘Thank goodness he’s gone!'”

Those morning exercises (but not the dance!) he mentioned were recommended to him by the late Sir Bruce Forsyth, and he credits them for both his impressive sprightliness and unflagging humour.

“Brucie used to say to me: ‘Len, when you get up in the morning, before you do anything, have a stretch’,” he recalls with a smile.

“He did it all his life. I do circles with my arms, stretch my legs and try – and fail -to touch my toes! It’s not just about staying physically fit. Being active adds to my general feeling of wellbeing.

“I’m as fit as a biscuit – I feel about 28 in my brain and around 40 in my body. It’s vital to keep moving. I play golf twice a week and go to the gym twice a week for 30 minutes, no heavy breathing mind, just a gentle workout on the bikes.”

He does acknowledge that years of ballroom dancing – he began aged 21 and was British champion by his late-20s – took a toll however, and he was plagued for years by arthritis.

He rolls up his trouser leg to show scars left by a partial knee replacement in 2015. With old-school ‘show must go on’ grit, he refused take a week off from Strictly after the surgery, instead appearing on the show with crutches.

“Dancing can punish your body – especially Latin – and in those early days there was never any talk of warming up, which probably didn’t help,” explains Goodman, who lives with his second wife, Sue, 54, in Kent, where they run their own ballroom dancing school along with Goodman’s son, James.

“I was in pain for years and by the time I was 67, I was in agony and barely able to walk. The worst thing was I love golf, but to do 18 holes I’d have to get a buggy around the course, which left me out of a lot of the fun with my mates.

“Sue finally insisted I go to the doctor, and although it was scary to have the operation and go under anaesthetic, it was so well worth it and better than hobbling around for the rest of my life.”

His surgeon told him the surgery was only 20% of the treatment though – the other 80% was about Goodman managing his recovery and fitness, which included building up his leg strength by swimming.

“I started gentle putting on the golf course within six weeks and gradually built it up, and was walking the course and playing golf within two-and-a-half months,” he says proudly.

“The doctors were amazed. Now every time I get an ache or pain, I rub the old Flexiseq in. I like the fact it’s totally drug-free.”

Three years ago, he had decompression surgery on his shoulder.

“That was definitely 40 years of dancing and teaching. Giving classes to beginners who don’t how to stand or move means you can end up taking their whole weight on your arms and shoulders,” he explains.

“The bone had to be shaved because it was jagged and had caused tears and aches and pains. It was so painful, I couldn’t lift my arm or play golf, which was very frustrating. But the operation was a success and I’ve never looked back.”

While fans still greet him wherever he goes, he’s dismissive of the label ‘celebrity.’

“I’m not a celebrity. I’m just a dance teacher from Dartford, who got really lucky and got asked to be on a very popular show,” insists Goodman, who’s still a judge on the American version, Dancing With The Stars.

“Strictly did change my life,” he adds. “I started at 60, which for most people is almost the end of the line for working, but for me it was the beginning of a whole new adventure.”

His advice for new judge Motsi Mabuse (sister of professional dancer, Oti), who’s replacing Dame Darcey Bussell, is: “Just be yourself and be honest. I was so worried when I started on the show, with no experience of TV, that I’d be wooden and boring – but that’s the advice the show’s producer told me. I’ve actually followed those wise words for life.

“The other thing to remember is, you’ve got to have balance on a judging panel. If the other three were being nasty, I’d always come up with something positive, or vice versa. I always tried to mix any negative criticism with positive remarks because I admired everyone who was gutsy enough to go on that show. 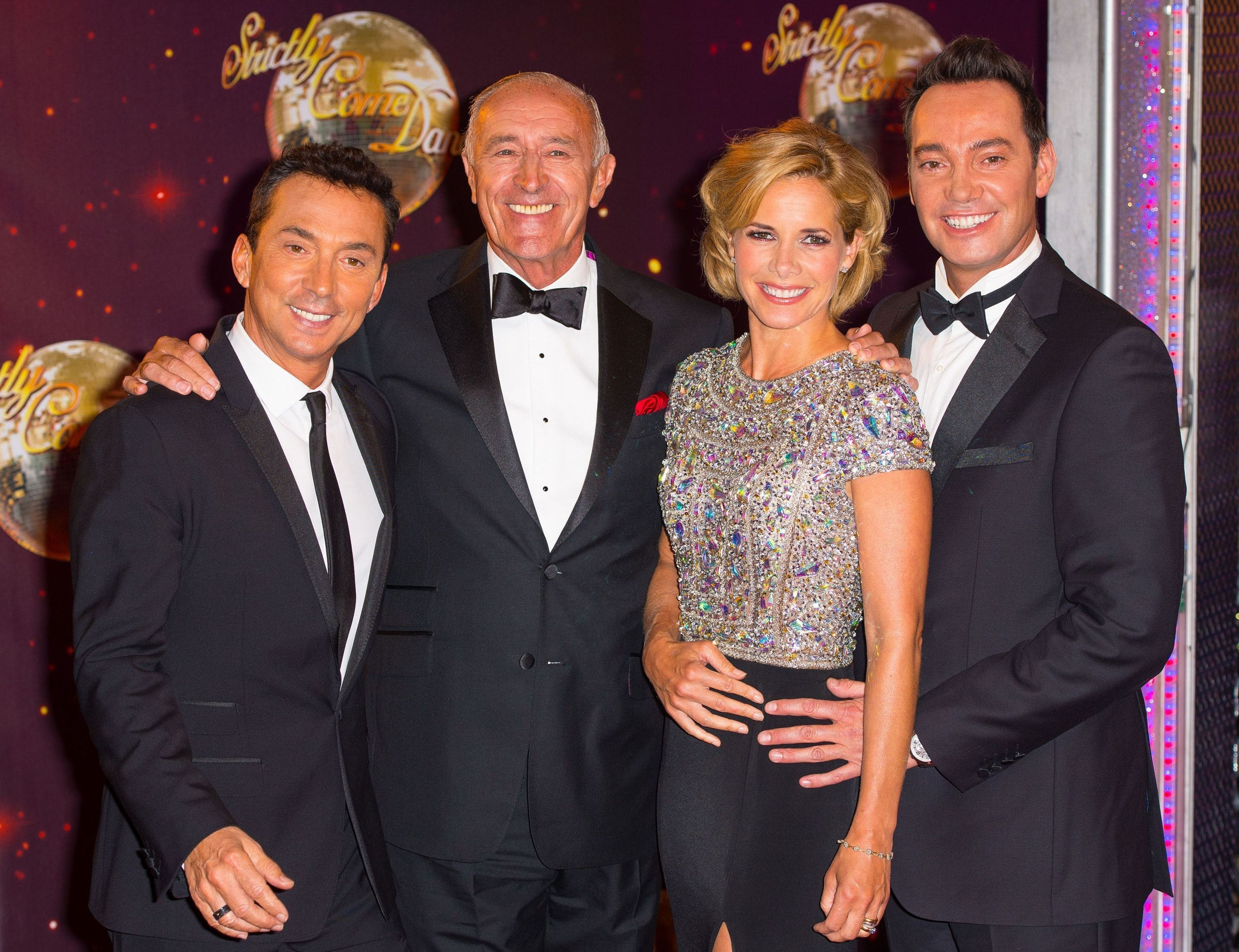 “For the life of me, I can’t understand why they did it, as it’s so traumatic and frightening to try to perform, in front of millions, at something you may not be much cop at.”

He’s determined to stay young at heart, and says that famed grumpiness is a thing of the past.

“I’m a chirpy optimistic type really,” he declares. “I used to go in a blooming strop about anything and everything and be intolerant, but I’m so much more mellow now. A healthy diet and exercise improve your general mood and outlook.”

His marriage is key in his contentment too. “My wife’s a wonderful influence on me,” he says of Sue, who he was with for 10 years before they tied the knot in 2012. “I knew when I met her, I would never, ever want to be with anyone else.”

And he’s determined never to retire: “You can’t sit around watching Homes Under The Hammer all day and expect to be content. You need to stay busy.

“I like working. On days off, I potter in the garden, play golf and spend time with my beautiful grandchildren,” says Goodman. “My initials are LG, and that spells ‘life’s good’ – and it really is.”