Lockdown: With time on your hands could origami make you a more mindful person?

There’s no doubt we could all do with slowing down and relaxing sometimes, but forcing yourself to just ‘be in the moment’ and incorporate mindfulness into everyday life, doesn’t always feel that easy. But hold on, in the current reality, we really do have the time to take those two steps back and try something new.

There are many things out there, to help us be more ‘present’, through arts and crafts – take grown-up colouring books, there’s no escape from them. The idea is simple: Adulting become too much? Revert back to being a child and colour inside the lines.

Many people find colouring-in simple shapes therapeutic and soothing, but the benefits of focusing solely on one artistic, repetitive activity, can run much deeper than that. And what if folding paper could have the same effect?

‘Mindful’ origami is a concept conceived by Samuel Tsang, who’d been an origami artist for many years before realising that every time he folded a model, he was practising mindfulness too. His book The Magic of Mindful Origami, introduces people to the idea of finding happiness through paper folding.

“You probably folded paper as a child. It kept you focused, concentrating and happy, so why did you stop folding paper? Something so simple can keep you fully focused and happy now too.” says Samuel.

Samuel says training ourselves to focus on the process of folding an origami paper crane for example, and doing so mindfully, can translate into other areas of our lives. 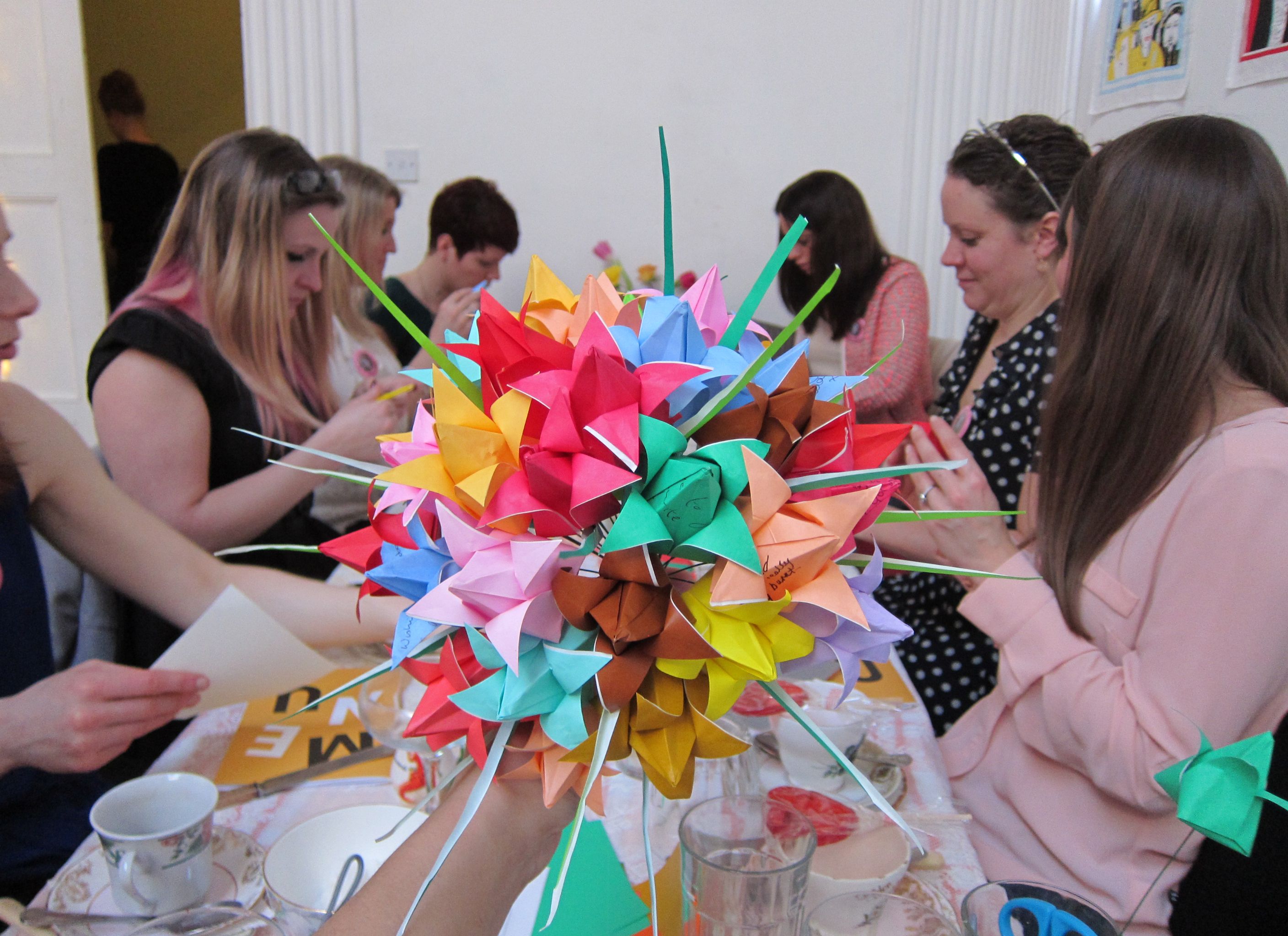 Each model in his books, has a suggested theme and the idea is that you focus your mind on that theme, or think a positive thought of your own to associate with it.

In the book, there’s a heart to fold for someone you love, a bird that represents peace, and a crow that is about inventiveness and problem-solving. This practice of turning your mind to an object and an all-consuming thought is basically a form of meditation.

“Just like when you do adult colouring books, you’re actually meditating, and that’s why it feels soothing and therapeutic.

“The whole idea of meditation isn’t actually to ‘not think’ about stuff that’s in your conscious mind, it’s about thinking about stuff that’s far more important than the house bills. Things like, ‘What am I doing with my life?’, ‘Where is the source of my happiness?’

As in other mindfulness practices like yoga, the key is to let go of the fear of failure or perfectionism.

“Think with a child’s mind,” says Samuel. “A lot of us worry when we try something new that we’ll fail or look stupid, but why should we care? And if you can approach any activity without judgement or prejudice, your life would be a whole lot easier.” 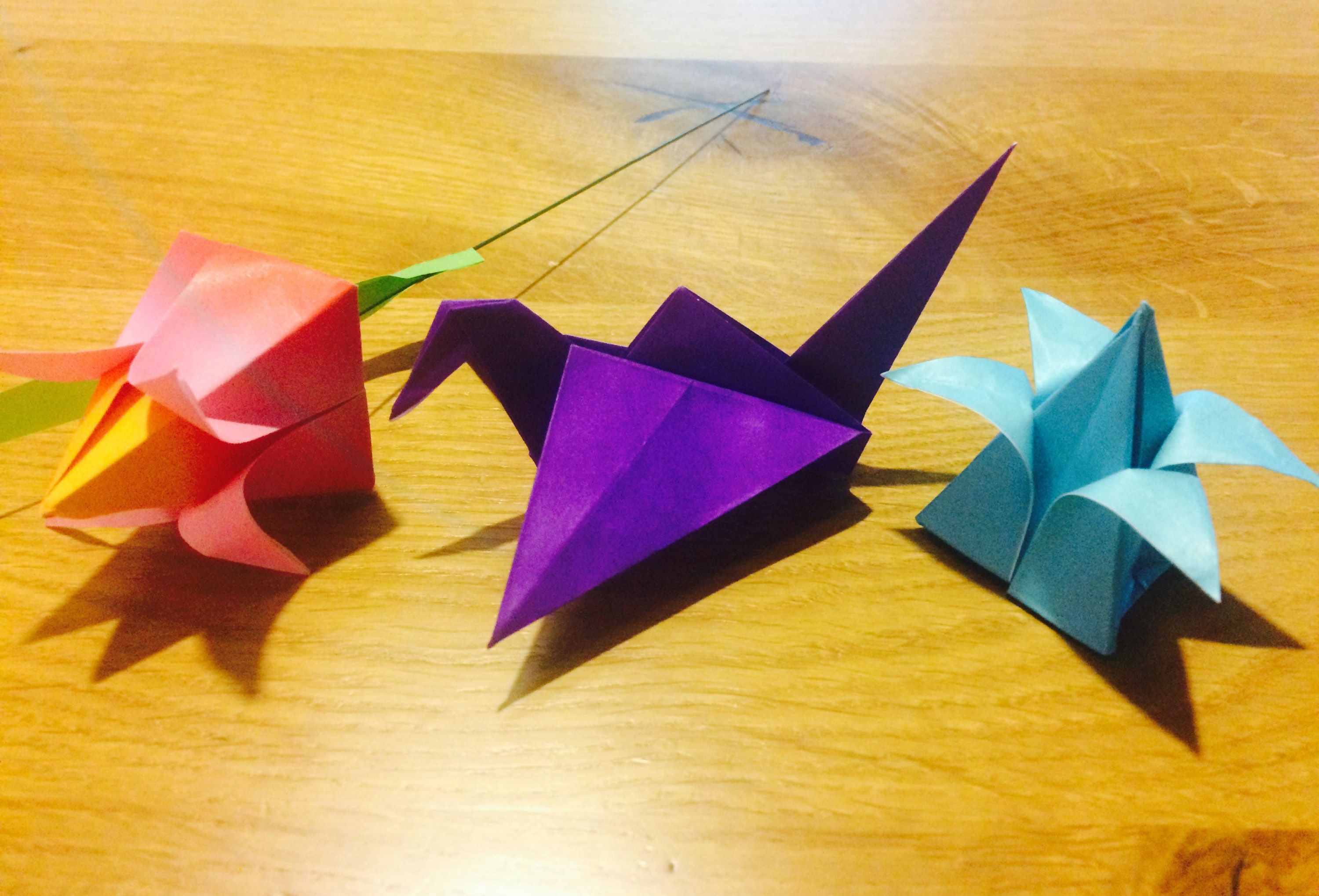 Samuel says it’s vital we take time out from our busy, task-filled lives to focus on our happiness.

“Everyone is just bubbling along on autopilot, but it’s important to think about what makes you happy, what makes you sad. Mindfulness if about understanding that. I’m not suggesting we all become monks, but there’s got to be a middle ground.”

He also wants to dispel myths that there is a stigma in people taking some time out to work on their mental health and wellbeing.

“You exercise because you want a healthy body, which makes you stronger, faster, fitter, it builds our immune system and allows us to recover quicker if we have an injury. But do you exercise your mind? Because the benefits are exactly the same,” he says. “It makes you stronger mentally, it makes you more flexible. It allows you to build your resistance to mental health issues to begin with, and it allows you to recover faster from mental health traumas like having your heart broken or bereavement.”

All of that from a simple piece of paper? It’s worth a shot. And if not, at least your origami flowers will look nice.

Go on give it a go, you have the time.