Keep an eye out for any of these changes.

Statistics show that when it comes to health, men are less likely to acknowledge illnesses or seek medical help when they’re sick.

Yet in the UK, one man in five dies before the age of 65, so it’s never been more important for guys to be clued up on health issues and the support that’s available.

Each year, Men’s Health Week (June 15-21st June) aims to bring awareness to health issues that affect men, and focuses on empowering men to identify any problems they could have, while encouraging them to seek the help they might need.

To mark the occasion, we asked health experts to identify and explain some of the key warning signs that guys often overlook. Here’s what they had to say…

1. Unusual changes to your testicles 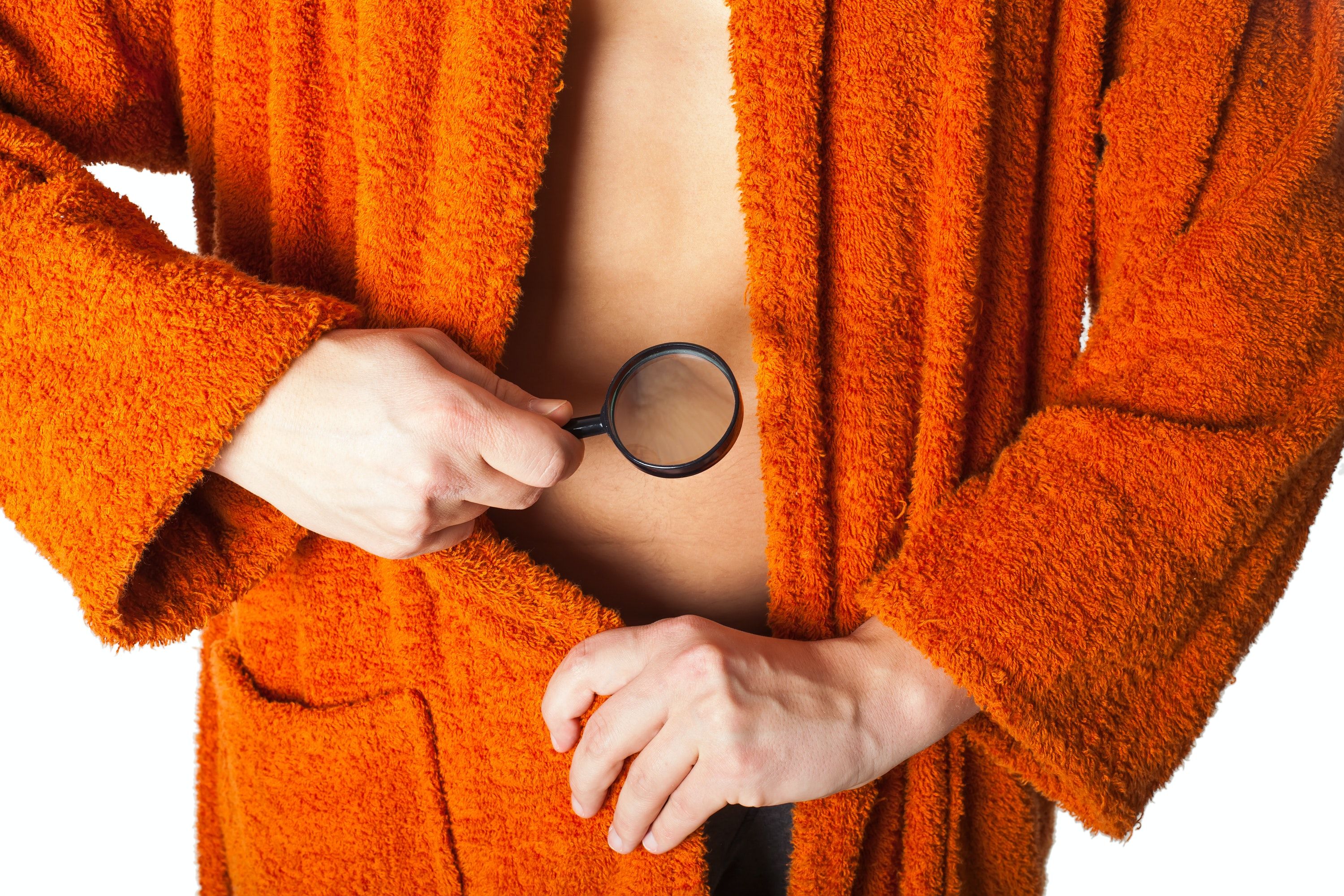 “Although awareness of cancer symptoms is increasing all the time, we know that one in four men have never checked, or can’t remember the last time they checked, their testicles for signs of cancer,” says Julia Ross, head of cancer at Bupa UK Insurance.

“Testicular cancer is one of the most treatable cancers, and most men make a full recovery, especially if it’s found and treated early, so it’s really important to check yourself regularly.”

She continues: “The most common symptom to watch out for is a swelling or hard lump on your testicle, but you may also notice a pulling sensation in your scrotum, pain or fluid in your scrotum, or a dull ache in your abdomen.

“It can be hard to remember all the symptoms, so I always advise people to ‘check-CUP for cancer’ and look out for a ‘Change that is Unexplained or Persistent.'”

2. Blood in your stools 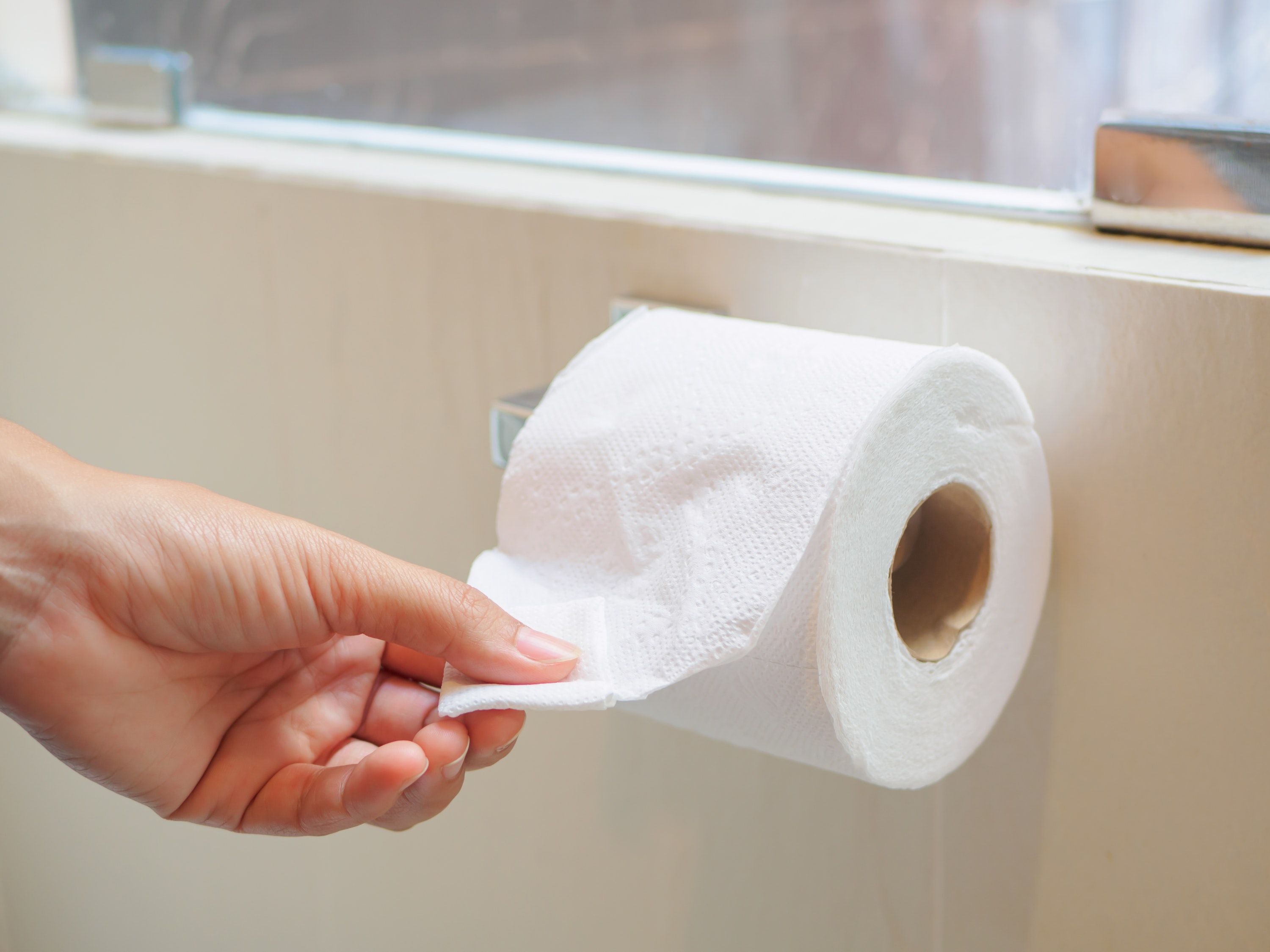 “Bowel cancer is one of the most common cancers in the UK, but when it is detected and treated at the earliest stage, 95% of people will survive for at least five years, making early diagnosis key,” says Ross.

“One in seven men told us they’d be embarrassed to speak to a medical professional about symptoms such as bleeding from the bottom, blood in their poo, or a change in toilet habits – some of the key symptoms of bowel cancer – and would ignore the symptoms for too long.

“Although it’s not something we like to talk about, it’s really important to keep an eye out for the symptoms of bowel cancer, particularly as we get older, and to speak to a health professional about any concerns.” 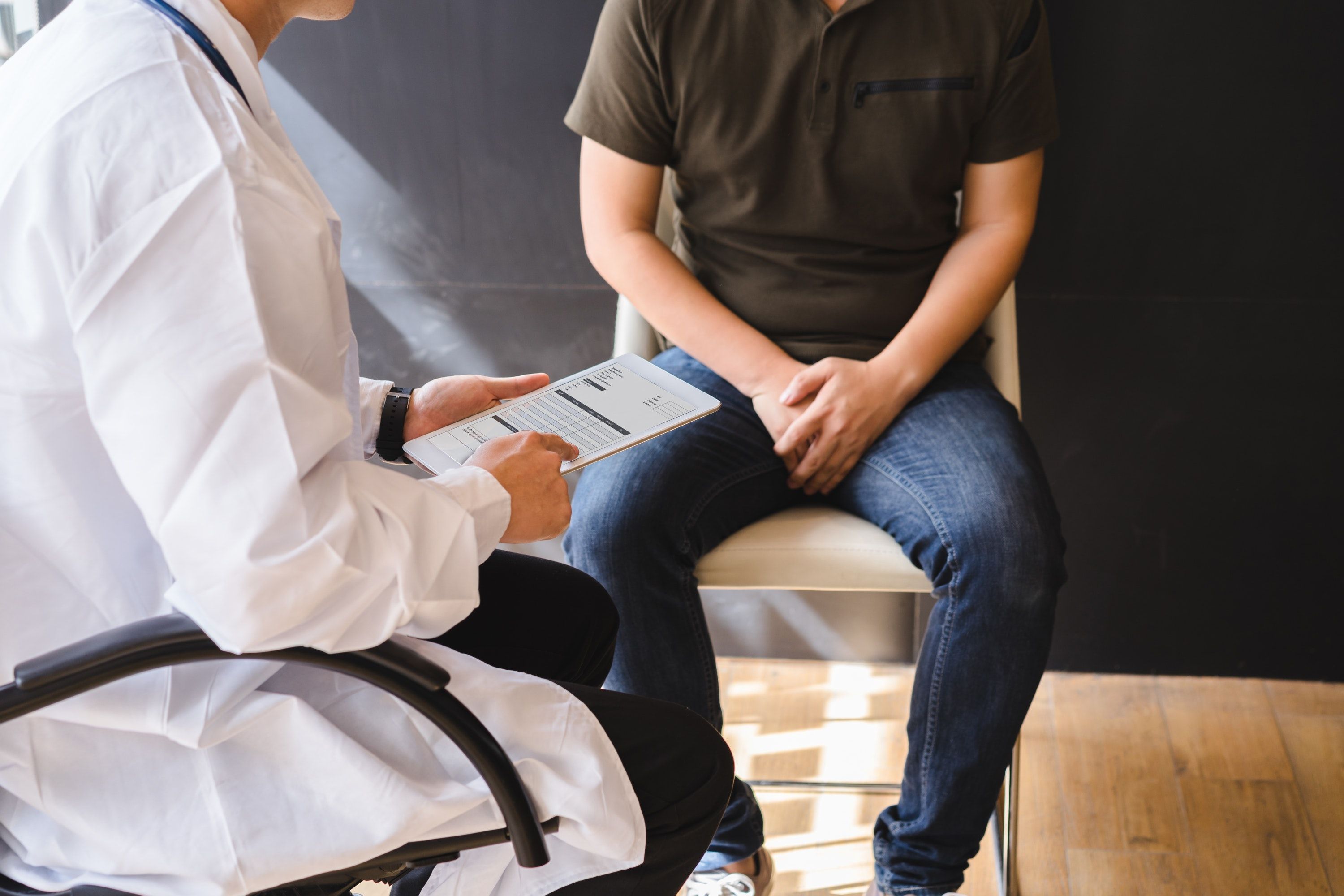 “Erectile dysfunction (ED) is when a man cannot get, or keep, a firm enough erection to have satisfactory sex,” says Dr Kathryn Basford at UK-based online doctor, Zava UK.

“Nearly 12 million men in the UK have experienced ED, but less than one in three have sought help from a health professional for the condition – and it’s affecting men’s self esteem and their relationships, even contributing to break ups.”

Dr Basford adds: “While this topic can be embarrassing for men to discuss, it’s important to raise any concerns around ED with a doctor.

“There are numerous solutions to ED that can help men get their sex lives back on track, one of which might be a prescribed medication. However, ED may also be a sign of an underlying health issue, such as high blood pressure, cholesterol or mental health issues like depression and anxiety, so it’s really important to get checked by a doctor, rather than ignore the problem.”

4. Discharge from your penis 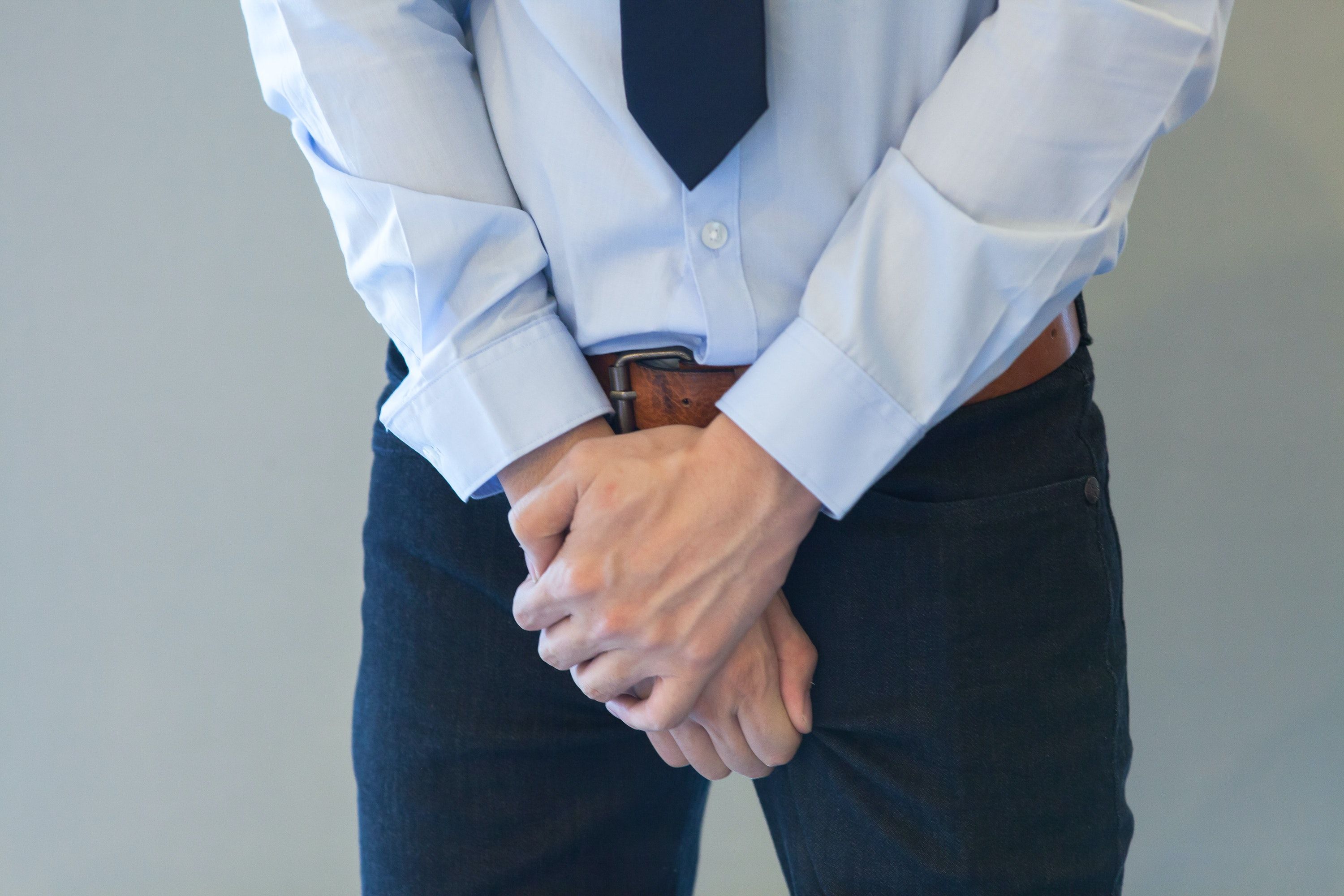 Dr Basford says: “Sexually transmitted infections may not have symptoms in all cases, but men should remain vigilant for any warning signs and speak to a doctor if they notice anything unusual, or are worried they may have contracted an STI.

“The latest Public Health England figures on STI diagnoses warn that gay, bisexual and men who have sex with men, are at higher risk of catching gonorrhoea, with almost half of cases diagnosed in this group over the last year. But heterosexual men should also remain vigilant, with gonorrhoea diagnoses up by 19% in the last year.

“If you have contracted an STI, it’s really important not to ignore the symptoms. You may experience irritation, pain or unusual discharge from the penis or the bottom, or pain when urinating. In some cases, such as syphilis or herpes, there may also be visible sores around the genitals or anus. It can be embarrassing or difficult to talk to a doctor about these symptoms, but don’t let that put you off – there are a number of at home test kits available for men to test for STIs.”

5. Feeling worried or sad most of the time 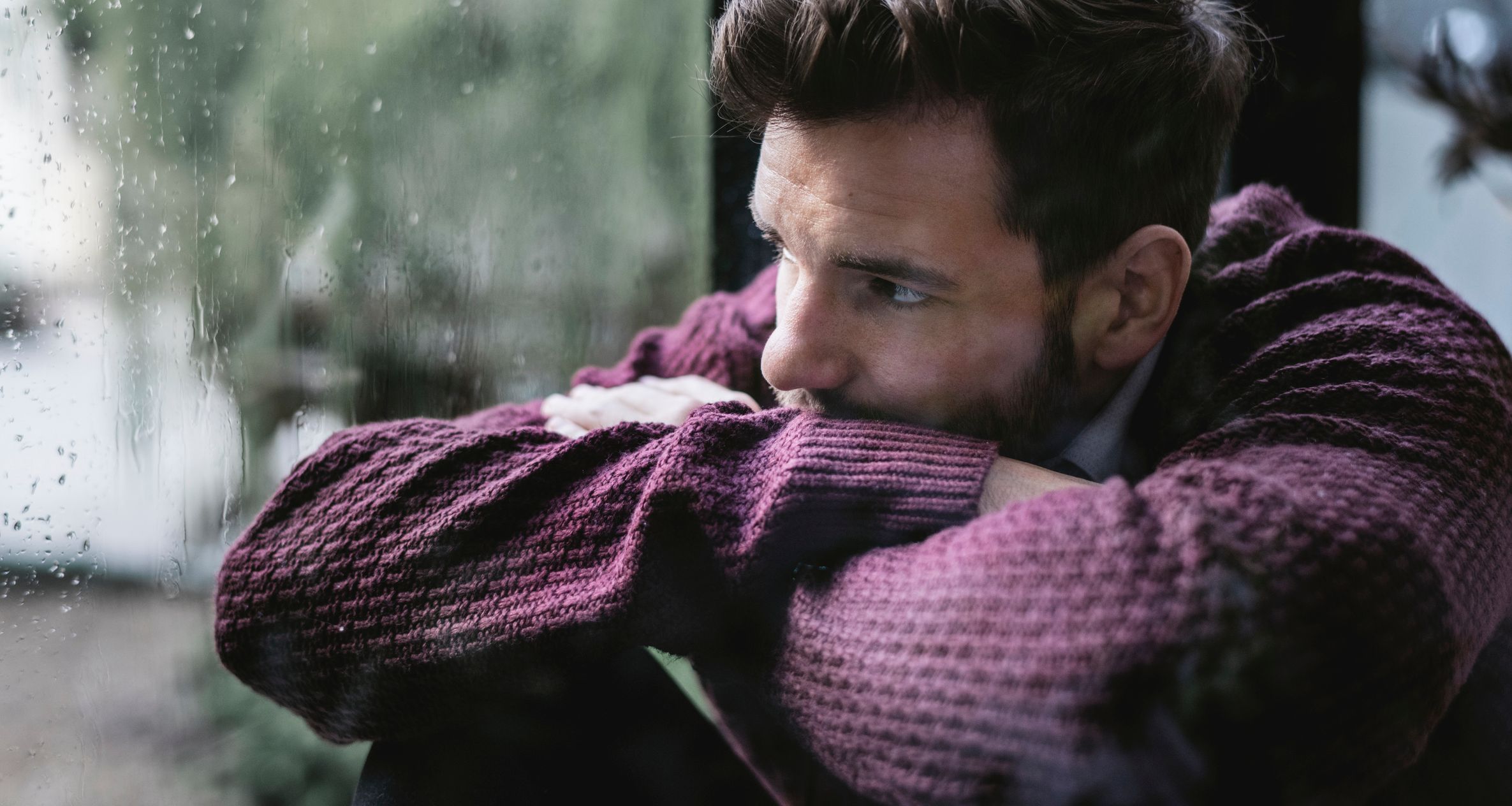 “Recent research from Bupa shows that more than one in three men have delayed or avoided seeking help for mental health symptoms such as feeling depressed or anxious – and one in 10 think that ‘mental health problems are a sign of weakness’,” says Pablo Vandenabeele, clinical director for mental health at Bupa UK.

“However, early diagnosis improves outcomes, so it’s really important that anyone who’s worried about their mental health seeks help from a medical professional.”

Vandenabeele adds: “Symptoms of depression include feeling helpless, guilty or low all the time, and you might also have trouble sleeping and lack energy.

“Although mild anxiety can at times be useful, for example, it might help you stay alert or perform an important task at work, it’s becoming a problem if it’s interfering with your normal life.

“You may be irritable, have trouble concentrating, have a racing heartbeat, have stomach butterflies, feel dizzy, or may even experience numbness in your fingers or toes.”

If you’re concerned about depression or anxiety, you should speak to your GP, who can refer you to the right mental health service for you.