More than just a fear of open spaces: What is agoraphobia and how is it treated?

This complex panic disorder often results in avoiding certain situations – or not leaving the house at all. TheBoldAge finds out more.

Popping to the shops, picking up a coffee on the way to work, queuing up for a travel card and then hopping on a bus or train – for most of us, these are everyday actions we don’t give a second thought to. But for people with agoraphobia, they could be the stuff of nightmares. And, the recent pandemic lockdown may be exacerbating the condition.

We might not talk about it very much, but agoraphobia is one of the most common panic-related disorders in the UK. While it’s commonly associated with a phobia of open spaces or leaving the house, there can be a lot more to it than that, and for some people, the fear may revolve around specific circumstances or places – such as being in crowded public spaces. 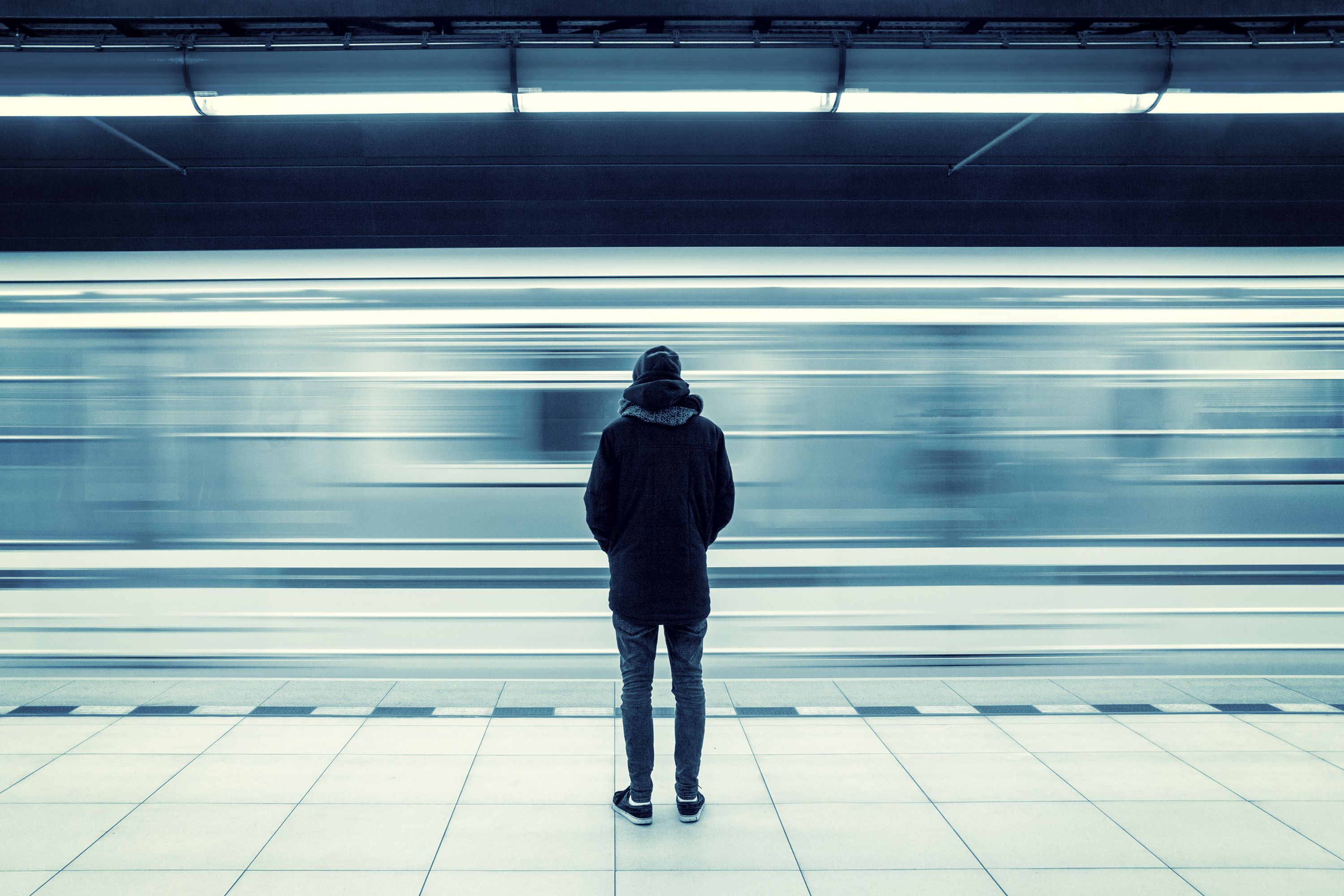 The NHS estimates that in the UK, up to two people in every 100 have some form of panic disorder, and it’s thought around a third of them will go on to develop agoraphobia, which can affect both men and women and develop at any age.

In its essence, agoraphobia is a fear of being in situations where escape might be difficult and help wouldn’t be available if things go wrong – but this can look different for different people.

“It has a wide definition and includes many different fears, such as open spaces, crowded places and being alone,” says Nicky Lidbetter, CEO of Anxiety UK , who explains that the term ‘agoraphobia’ refers to an interrelated cluster of phobias.

“Most often, a person with agoraphobia is afraid of having panicky feelings, wherever these may occur.

“While most agoraphobics can tell you what it is they dread will happen to them if they are placed in their feared environment, some agoraphobics simply do not know what lies at the root of their fear,” she adds.

In other words, in some cases, the phobia arises from a specific trigger or experience – while for others, it can be more general.

For many people with agoraphobia, it is not necessarily where they are that triggers panic, but the feeling of being trapped and unable to escape from the situation they find themselves in, which results in avoiding the places where this can happen most frequently. Examples might include being a passenger in a car, travelling on a train or bus, or standing in a queue. 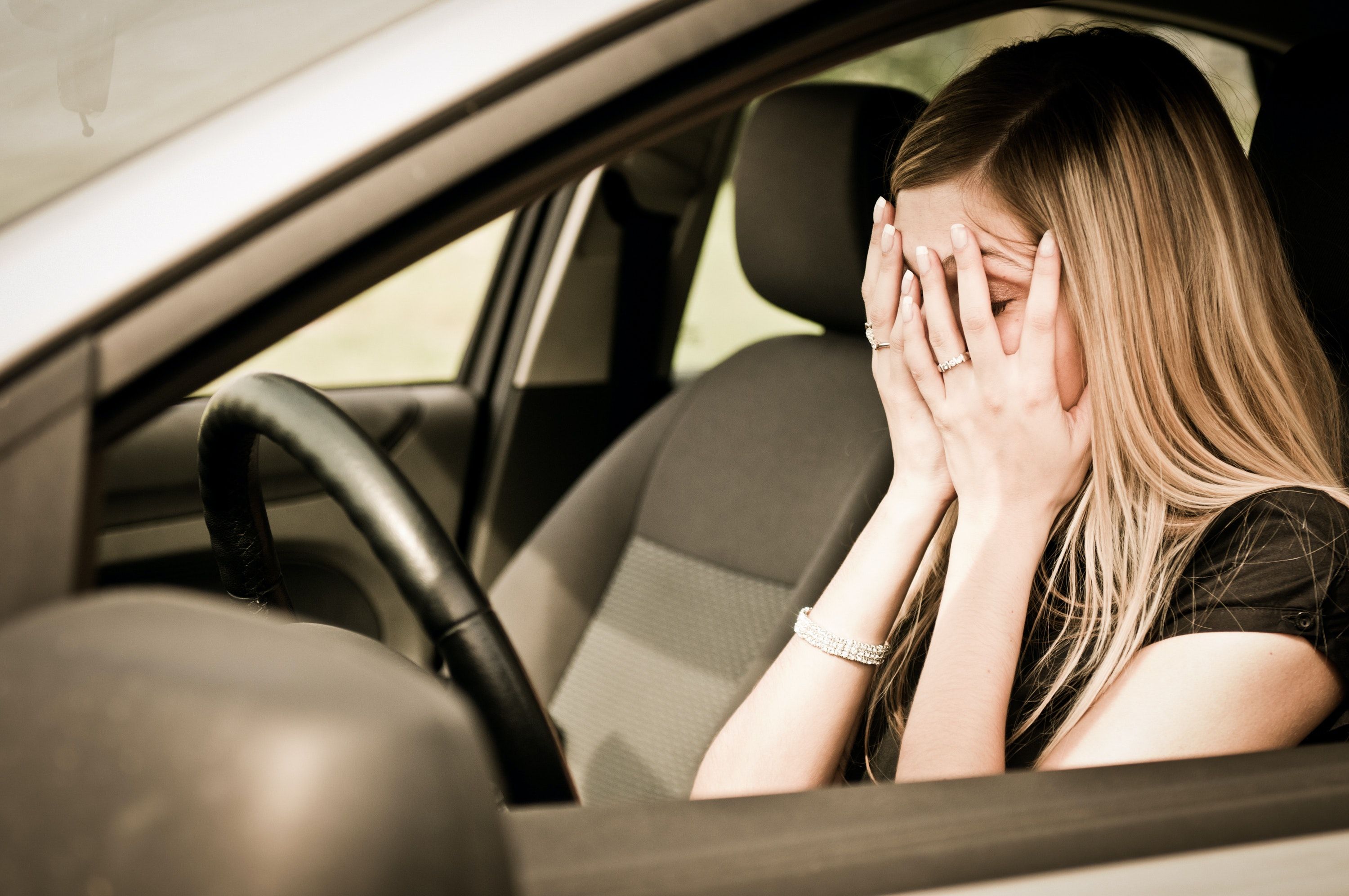 When a person with agoraphobia encounters a situation they don’t feel comfortable with, they’ll usually experience symptoms of a panic attack, such as a rapid heartbeat, shortness of breath, shaky limbs, feeling hot and sweaty and nauseous.

Once a panic attack has happened, Lidbetter says avoidance is often the key characteristic of agoraphobia – whereby the individual concerned starts to consciously avoid any situation that resembles where they first had a panic attack.

“At its worst, agoraphobia can prevent individuals from leaving a room, rendering them effectively room-bound,” says Lidbetter. “Others who suffer with milder versions of agoraphobia may appear to be functioning fairly normally to the outsider, when they are actually coping by avoiding potentially fearful situations such as travel further afield.

“Another common feature of agoraphobia is dependence on a trusted person,” Lidbetter adds. These ‘support persons’ are considered safe – but if they are depended on too heavily, further problems might develop, such as monophobia, or the acute fear of being alone.

Help is out there

Experts say the first thing anyone who may be experiencing signs of agoraphobia should do is speak to their GP. They’ll be able to help make a correct diagnosis and discuss suitable treatment options.

“If you’ve already started to avoid places, the most appropriate form of therapy is something called ‘graded exposure therapy’, or ‘systematic desensitisation’,” says Lidbetter. “This process involves gradually re-entering phobic situations and learning to cope with anxiety and panic as it occurs, and not moving up the hierarchy of feared situations until the anxiety experienced at each step has dissipated.

“It can be beneficial to practise this with a trained cognitive behavioural therapist, although it is possible to do so on your own.”

Cognitive behavioural therapy (CBT) can be a very effective talking treatment for phobias. “A cognitive behavioural therapist will actively focus on specific problems occurring in a client’s present daily life, teaching skills such as how to examine and recognise ‘negative thinking patterns’ and ‘negative automatic thoughts’,” explains Lidbetter. “By identifying these thought distortions, people are able to learn to modify their thoughts which in turn has a positive impact on mood.”

She explains that this can help change the negative associations a person with agoraphobia has with certain places, “allowing them to feel much more in control when faced with being in the situations that previously made them feel anxious”.

Jessica Boston is a hypnotherapist who treats clients with severe agoraphobia (jessicaboston.com). “The way I approach it, is that [agoraphobia] is a mystery that needs to be solved. There is always a reason behind it: If you weren’t born with it, we can make sense of it, and most people aren’t born with agoraphobia.”

Boston says hypnotherapy can help to tap into the subconscious mind, which is where behaviours can be buried. Even though we may know a fear is irrational, for a person with a phobia, irrational thoughts can seem far more powerful than rational ones.

“It’s absolutely curable for most people though,” Boston adds. “With understanding and knowledge, you can change a lot of things, and it is avoidance and ‘the fear of the fear’ that will keep you in it.”

Awareness and understanding of agoraphobia is improving – and treatment really can work – so nobody should feel embarrassed about asking for help.

“There has been so much stigma around [agoraphobia] for years, that it was a sign of weakness, and now we are all realising that you wouldn’t be alive if you didn’t have some form of anxiety,” says Boston. “Panic attacks are designed to feel completely terrible – they are the primitive response that our mind and body have to avoid danger, so it’s not supposed to feel like a treat.

“If you weren’t receiving responses from your mind to your body to keep you away from certain dangers, you wouldn’t be alive. It’s just that the responses have got out of control [in people with panic disorders], and you’re not functioning in the way that you’d like to.

“Seek help,” she adds, “because there is no shame.”

Anxiety UK have some great resources which can be accessed here

The NHS discusses Agrophobia in this link