Nashville: Why the Music City is grooving to a foodie beat

Nashville’s food scene is running at an all-time high. James Callery samples some of the city’s finest grub.

“It’s hard to imagine, but when we opened in 2001, there was nothing here. You could sit on the corner and wait quite a while before a car drove by.”

Margot McCormack, owner of the Provence-inspired Margot Café & Bar, is referring to the increasingly gentrified East Nashville neighbourhood – but she could just as easily be commenting on the city’s food scene as a whole.

There are Nashville culinary institutions that have been around much longer ­than Margot Café & Bar – Arnold’s Country Kitchen opened in 1982, and Prince’s Hot Chicken Shack was set up more than 70 years ago – but it’s fair to say that since Margot herself helped pioneer the concept of a chef-driven restaurant in Music City, with the chef as the face of an eatery, the food scene has steadily diversified. 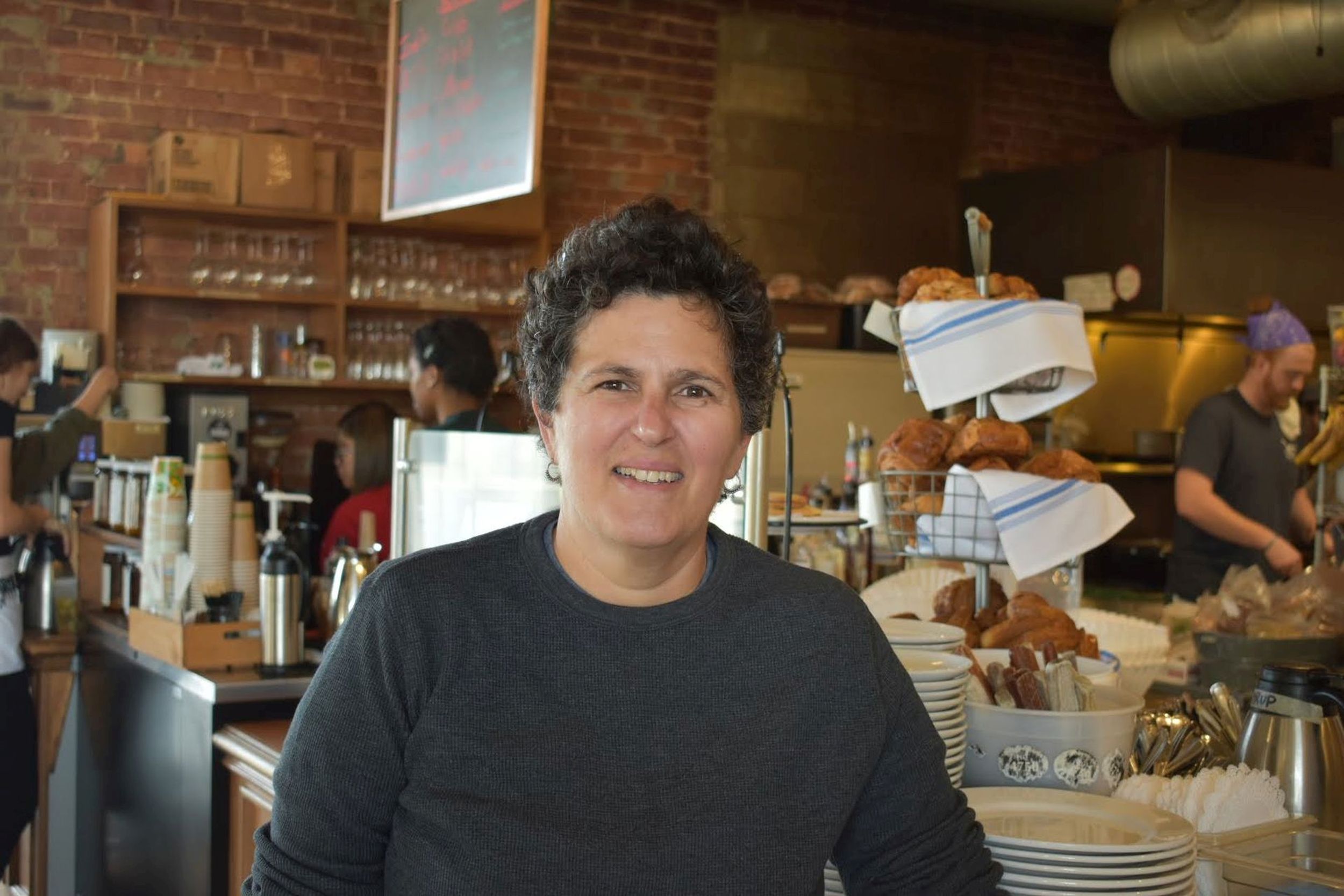 It’s this that I’ve come to explore – and I kick off my tour with a morning feast at Pinewood Social, a popular brunch spot and hangout space, complete with bowling alley. Co-owner Max Goldberg and his food writer pal Jim Myers are dining with us, as we tuck into some crumbly chicken buttermilk biscuits.

“Nashville has always been a destination city because of country music,” says Jim. “But in terms of food trends, it has a tendency to lag behind the coast by anything from three to five years.

“For cities to develop a food scene, they need chefs to stay in the city and open their own places. We didn’t have that for a long time, so it took a little longer for us to develop this critical mass of cooking talent,” he adds. 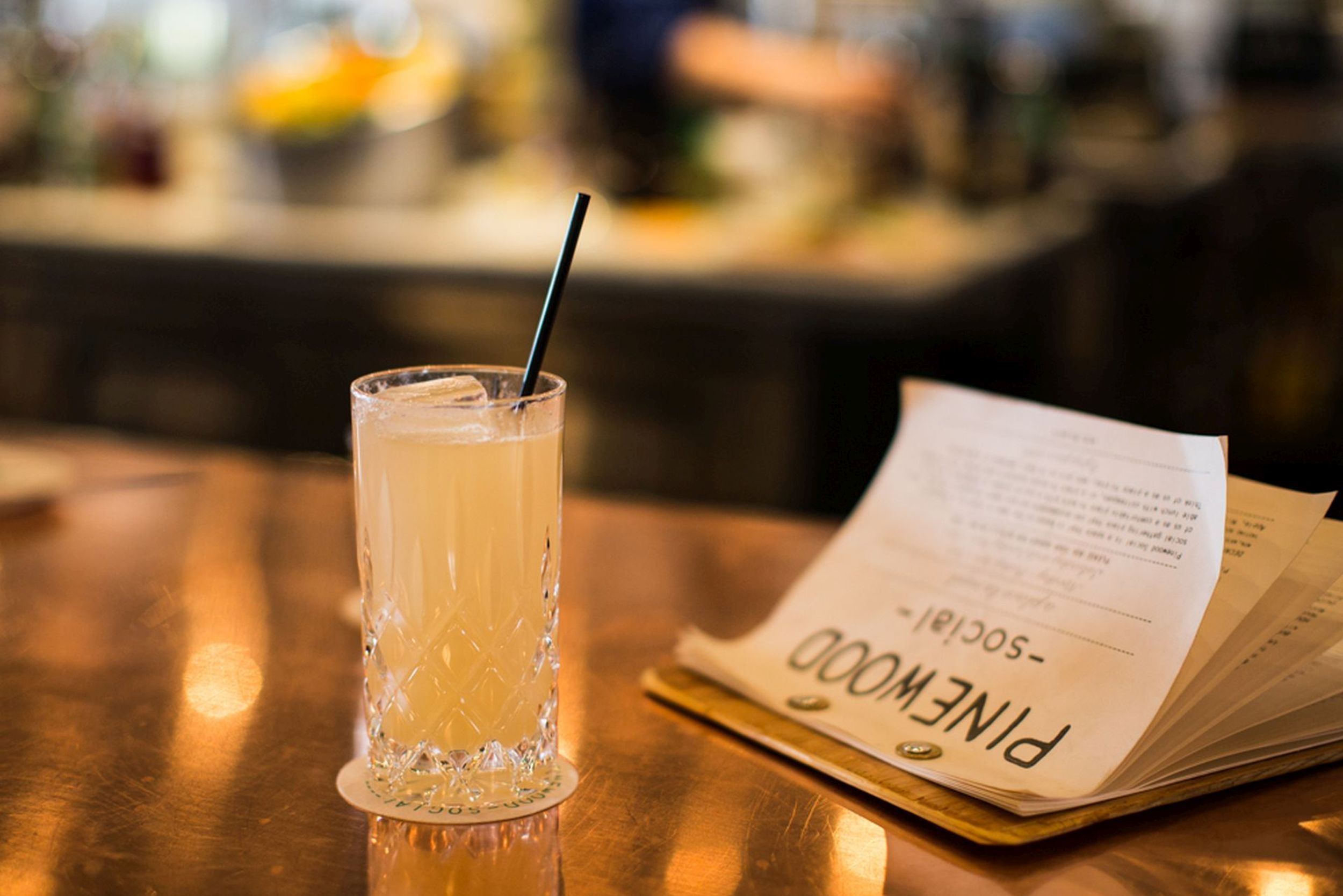 Nashvillians are immensely proud of their traditional ‘meat and three’ dining spots though, serving sides such as creamed corn and fried okra with foods that have followed the same recipe for generations.

With house prices soaring and big restaurant groups from outside of the city starting to muscle in on the food scene, it will be interesting to see if Nashville’s close-knit community of chefs can win the fight to keep simple food and friendly service at the forefront of its dining spots.

There is a genuine sense of excitement in the air, of a city about to have its moment. “The thing about Nashville,” says Max over parting drinks. “I hope it never gets so trendy that we lose sight of who we are.”

In the meantime, these are some of the places you should definitely try during a visit… 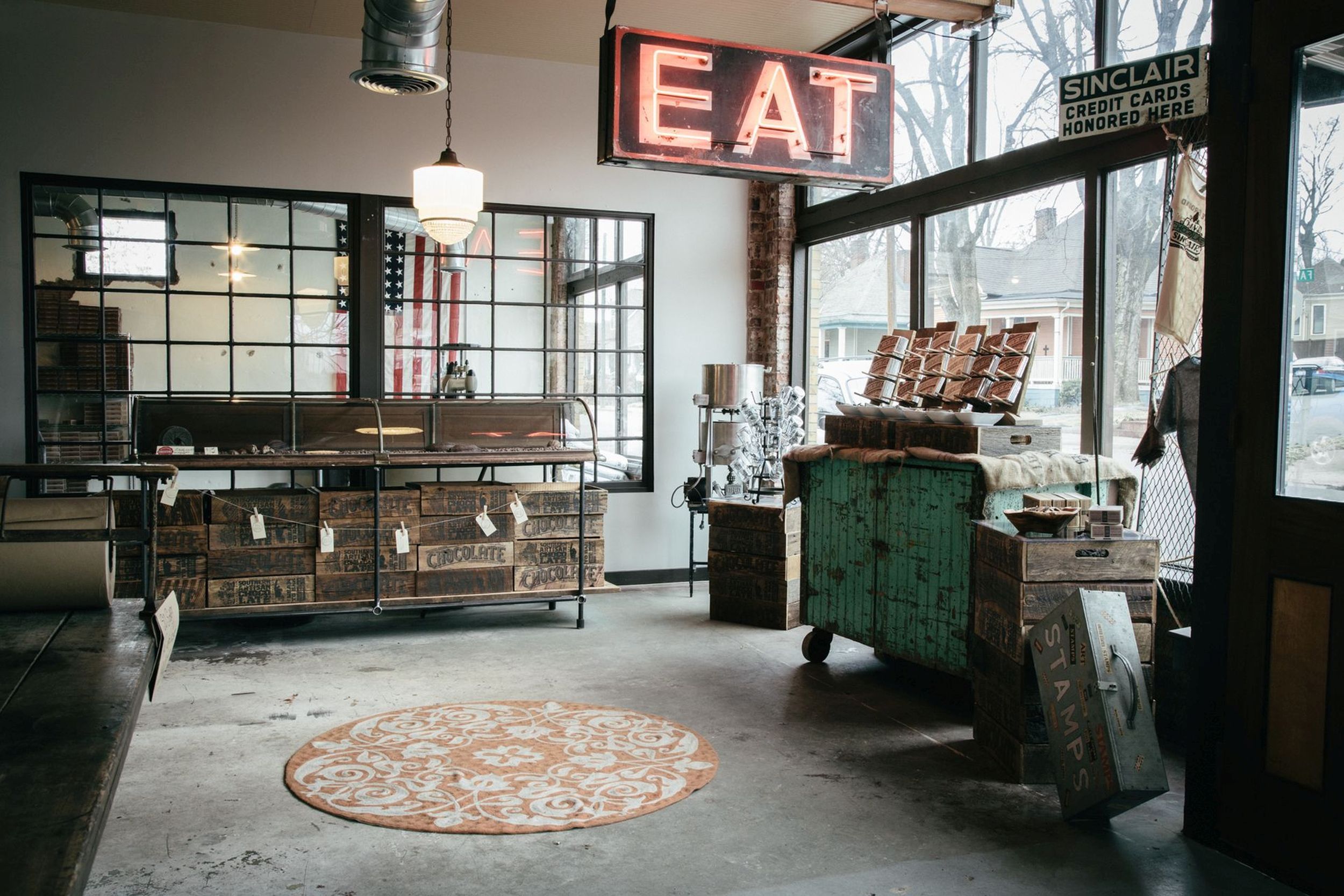 Olive & Sinclair is Tennessee’s first and only bean-to-bar chocolate maker. The process, from the stone-grinding of the bean to the moulding of the bars, takes place in a factory on Fatherland Street in East Nashville.

Wearing Vans with trodden down heels and speaking in a shaky southern drawl, the owner, Scott Witherow, looks like he knows how to relax after a long day of work.

In the front of house, over the sound of whirring machinery, we sample a number of peculiar flavours, from Smoked Nib Brittle to Sea Salt & Vinegar Caramels. 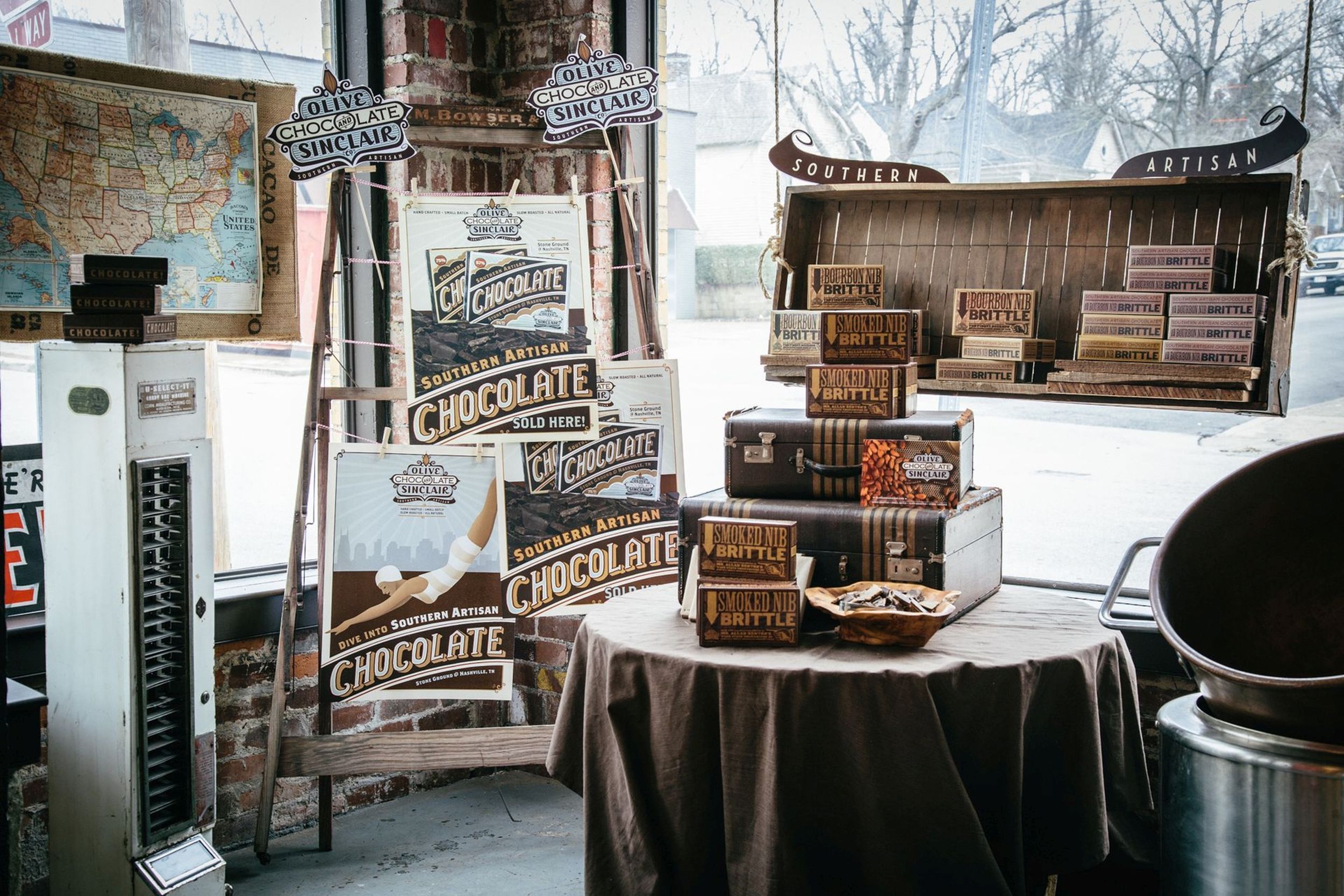 “These are called Muzzle Loaders,” says Scott, passing them over to the group. “Bourbon balls are a big thing in the South. They’re chocolate spheres with liquid salted bourbon caramel inside.”

Scott saves his best until last, bringing out a chocolate log known as ‘chocuterie’.

“We designed it to hopefully look like a dried salami,” he says. “You can slice it and share it among friends. This one is fig, balsamic and shortbread. We use the shortbread to mimic those cubes of fat that you would get on a dry-aged pork product.”

How: Tickets are $5 (£3.75) per person and include samples. Tours are on Saturdays only (with some exceptions). Visit oliveandsinclair.com.

Diskin Cider is located in the once-desolate Wedgewood-Houston (‘WeHo’) neighbourhood, just south of downtown, that is now being taken over by Nashville’s artistic community. The craft cidery’s expansive factory, which opened in May 2018, includes a bar where you can sample the produce.

“Craft cider wasn’t always a thing in the States,” the bartender explains. “All people had was the mass-produced stuff, made from sugar water. I’m excited to be part of the craft cider movement.”

Diskin’s gluten-free drinks are made from fresh-pressed apples, with no additives, to avoid the sweet taste that most people associate with cider. They are sold at restaurants, bars and liquor stores across Nashville.

“A lot of restaurants in Nashville carry fruit tea on the menu. This is our ode to the city,” the bartender says. She hands us a tray of Six One Fives, which blend fruit tea and cider.

“We add in fermented apple juice, pineapple juice, orange juice and a little bit of lemon.” 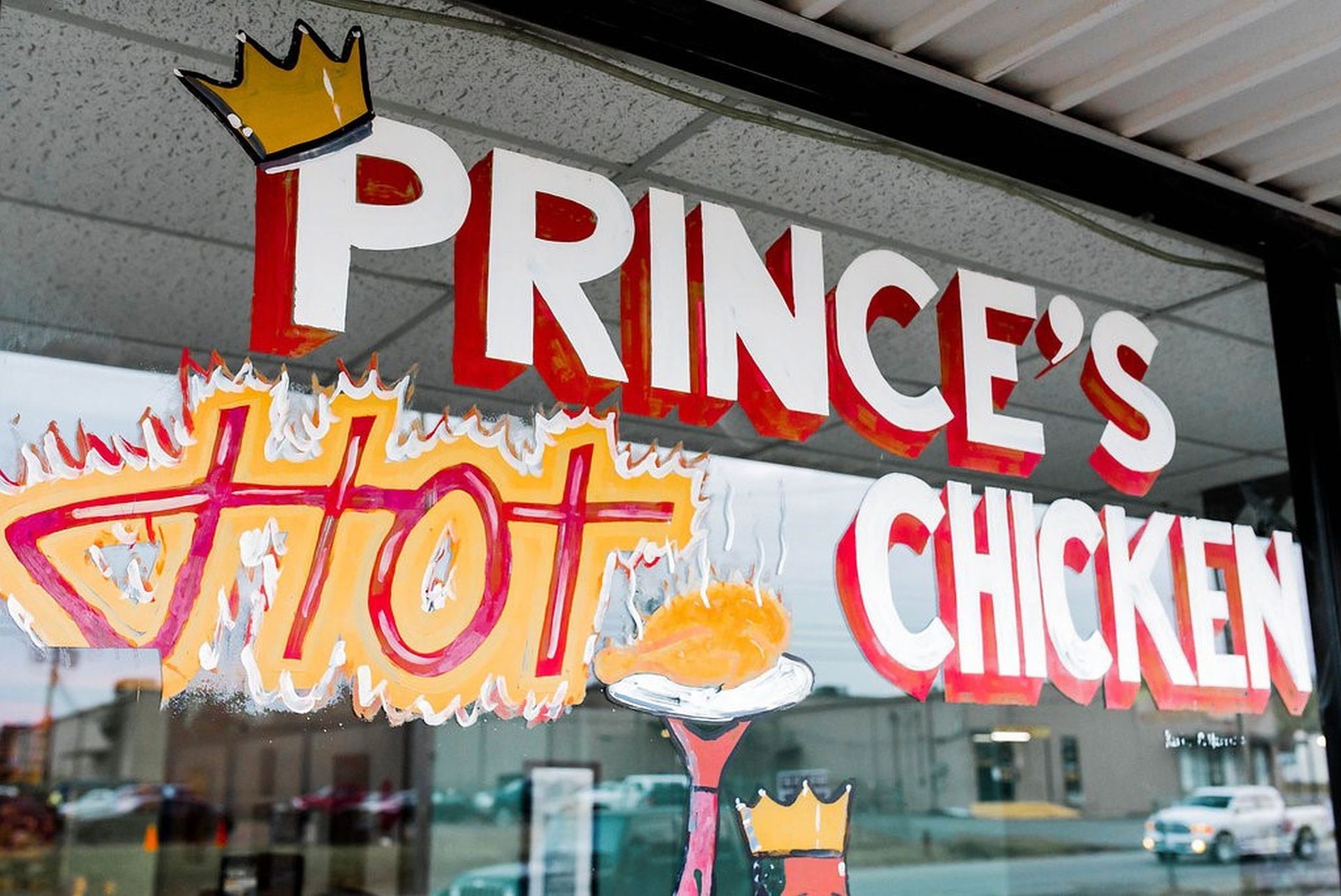 The business was set up by ladies’ man Thornton Prince, who came up with the recipe when his jealous girlfriend dumped some cayenne pepper in his fried chicken, or so the story goes.

The business has now been passed over to his niece, André Prince Jeffries, who tells us that customers range from “ladies of the night” to superstar celebrities, such as Jerry Seinfeld and Shaquille O’Neal.

André reveals that she keeps an even spicier chicken in her handbag for those who like it molten hot, but we are out of the door before she has chance to whip it out. 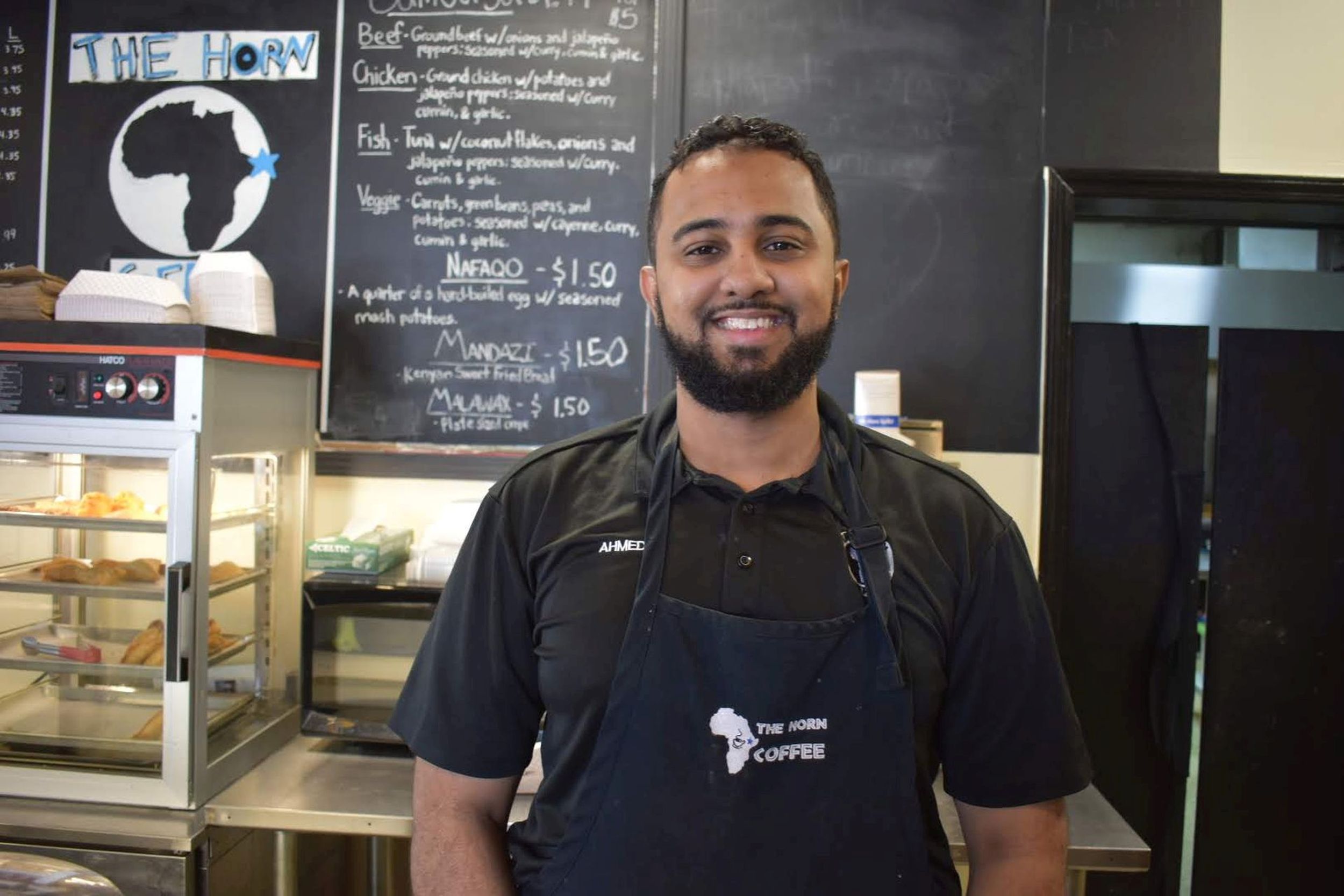 The Horn is a coffee shop in South East Nashville, run by Somali refugees. Despite the presence of a Somali community in the city, there are not many Somali-owned restaurants. Co-owners Ahmed and Zakariya Sayid quit their careers so they could help their father run the café.

They serve us sambusas, which are like samosas, stuffed with beef, chicken, fish or vegetables. They also bring out chai tea as part of a typical Somali breakfast.

“At the beginning, our customer base was 100% Somali,” says Ahmed. “But this city has gotten so expensive, and the wages have been stagnant, so people moved up north. After that we introduced Americans to our sambusas.” 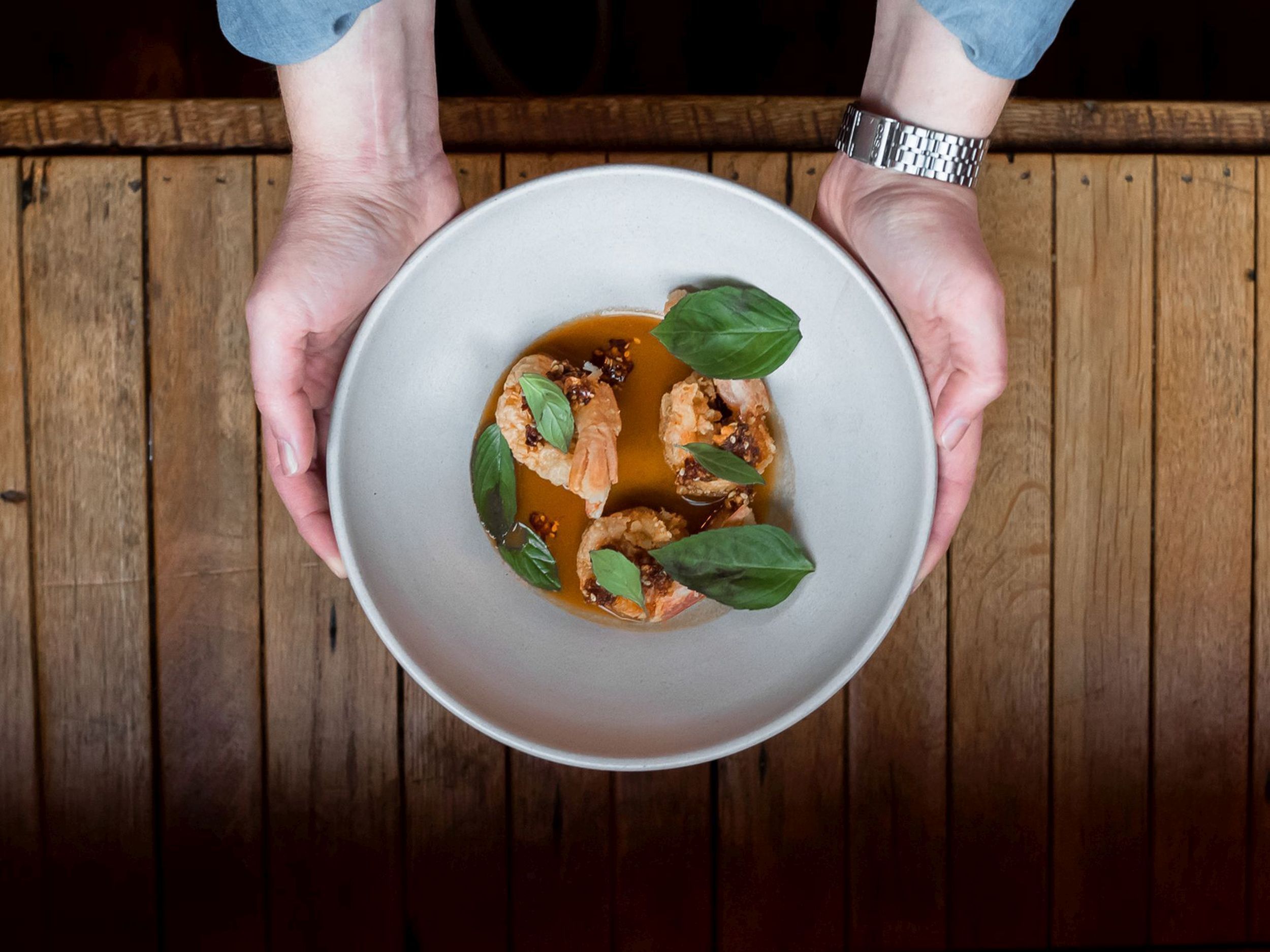 Our final night is spent at Tailor Nashville, a dinner party-esque dining experience in which guests are offered eight to 10 dishes. Interpretations of traditional Indian dishes like dhokla and bhel appear on the menu.

Culinary creator Vivek Surti was born in the United States, but his parents moved over from India. Since opening the dining spot in December 2018, he has struggled to put a name to the food served. For a while, he called it ‘Indian-ish’, then ‘spice-centric’, before he finally landed on ‘South Asian American’.

“I don’t think there’s a category designed to talk about first-generation food,” he says. “How can you describe something where you’re a part of both without calling it fusion?

“When I talk about fusion, it means two different cultures that are forced together, which might create something like Indian tacos or nachos. But these are dishes that I think have a base in one single story, which is growing up here.”