Not just a tremor: 10 early symptoms of Parkinson’s disease everybody should know about

You may know the condition can cause shakes, but would you recognise any other telltale symptoms? TheBoldAge asks an expert to explain.

Around 1 in 500 people in the UK are affected by Parkinson’s disease, but many of us are still in the dark when it comes to spotting the signs and symptoms, whether in a loved one or ourselves.

The neurological condition is caused by a loss of nerve cells in part of the brain called the ‘substantia nigra’. When these vital cells begin to deteriorate, it causes a reduction of dopamine – a chemical that plays a key role in controlling and coordinating movement in the body.

This damage can lead to the telltale tremors that many of us most typically associate with the disease, where the hands, arms, legs, lips, jaw or tongue become shaky when they’re not in use.

However, as Parkinson’s UK points out, it’s not just tremors you need to be on the lookout for.

The condition can actually affect people in a wide range of ways – in fact, there are over 40 possible symptoms.

“You might notice that your sense of smell is not as strong as it was or has disappeared.” says Goates. “For example, you may struggle to smell your favourite foods.” This is a key warning sign to look out for, she adds, as a loss of smell can sometimes occur several years before other symptoms develop.

Tossing and turning all night? “Changes in your sleeping pattern might be another early sign of Parkinson’s,” warns Goates.

“Sleep and night-time problems are common and they can affect you at any stage of the condition, leaving you feeling tired and drowsy during the day.”

Goates explains that people with Parkinson’s can be more prone to insomnia because the accompanying symptoms such as tremor, stiffness, pain and restless legs syndrome, can all disturb sleep.

As sleeping problems can also be caused by mental health problems, like stress, anxiety and depression, it’s worth consulting your GP to get to the root of the cause.

Bowel problems such as cramps, bloating, diarrhoea and constipation are common, but any change to your toilet habits, particularly if you see blood in your bowel movements, should be reported to your GP.

“If you have Parkinson’s, you may be more likely to have problems with your bladder or bowels than people of a similar age without the condition,” says Goates. “Signs of an overactive bladder, such as needing to urinate immediately without warning, or needing to go frequently throughout the night, are the most common symptoms of people with Parkinson’s.

“These may happen because the messages from the brain giving the bladder instructions aren’t getting through properly.”

Goates says: “Depression is usually diagnosed when someone has feelings of extreme sadness or a sense of emotional emptiness for a long time.” It’s more than a temporary feeling of sadness, unhappiness or frustration after a rough day at work or a financial setback.

“There are several possible explanations for why people with Parkinson’s might get depression, and it is often difficult to get diagnosed because its symptoms can be very common and be related to many other factors, including genetics, stress, diet and loneliness.

“In some cases, people have experienced depression months before they notice any other Parkinson’s symptoms though,” Goates adds. 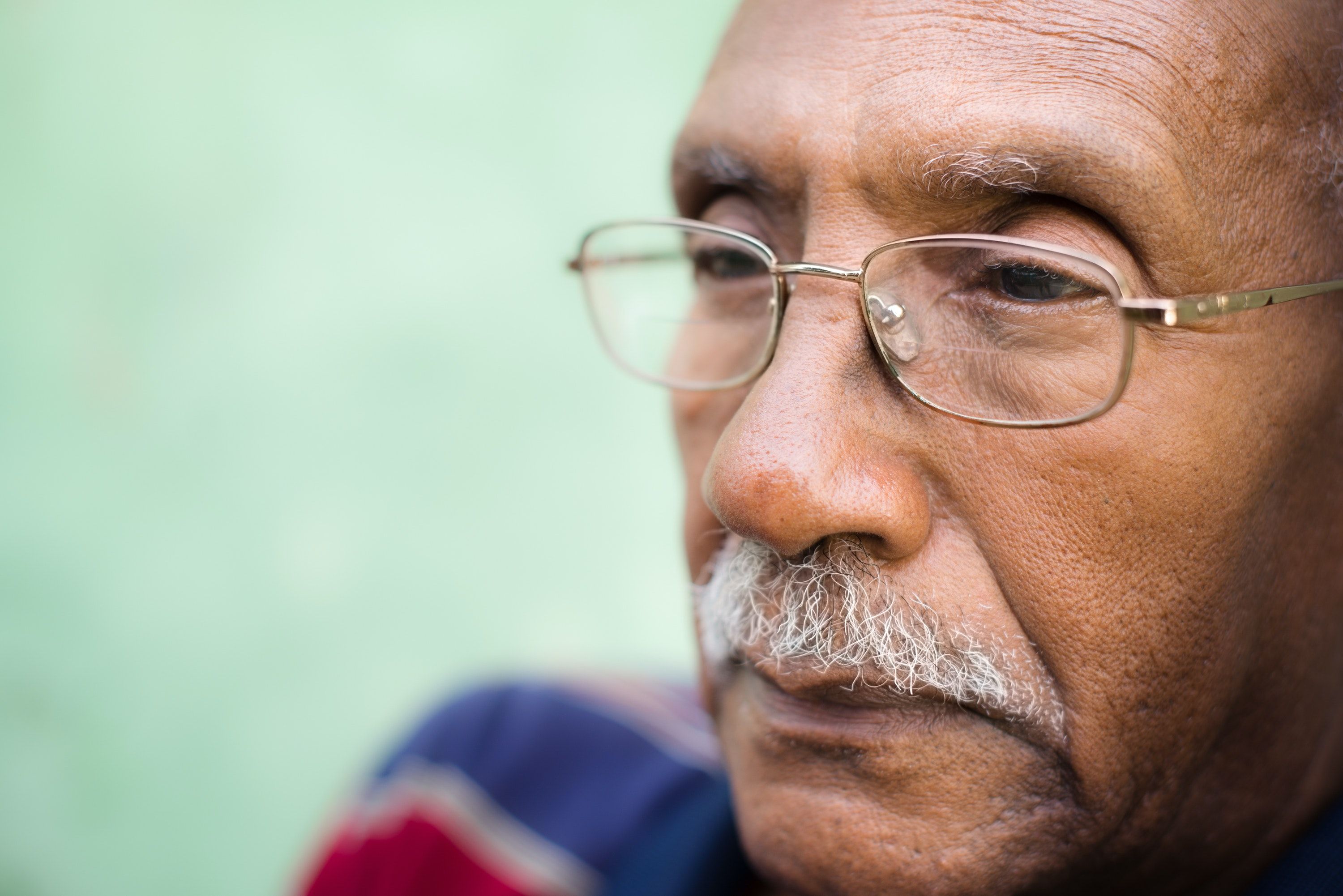 Feelings of unease, worry and fear can also strike during the onset of Parkinson’s. And this isn’t simply a reaction to the diagnosis but is a key part of the disease itself, caused by changes in the brain.

Anxiety is often a natural reaction to situations we find threatening or difficult and there are several ways of managing it, says Goates.

“People with anxiety may experience some emotional symptoms, including a sense of dread, constant worry or have difficulty concentrating. You may also experience physical symptoms if you’re feeling anxious. These may include, sweating, pounding or racing heart (palpitations), feeling breathless, dizziness or trembling.”

Feelings of fatigue don’t go away, however much you rest, can be one of the earliest signs of Parkinson’s.

“You may feel quite fit and able one day, and then too fatigued to do much the following day,” notes Goates. “If you’re working, for example, you may feel much more exhausted in the evenings than you used to, and you may not have the energy to do anything else.”

“Tremor is one of the main symptoms of Parkinson’s and is an uncontrollable movement that affects a part of the body,” says Goates.

“Typically, a Parkinson’s tremor starts in the hand before ‘spreading’ to affect the rest of the arm, or down to the foot on the same side of the body.”

Goates says that while there is no cure for a tremor, there are ways to effectively manage the symptoms, so it’s better to get a diagnosis as early as possible. 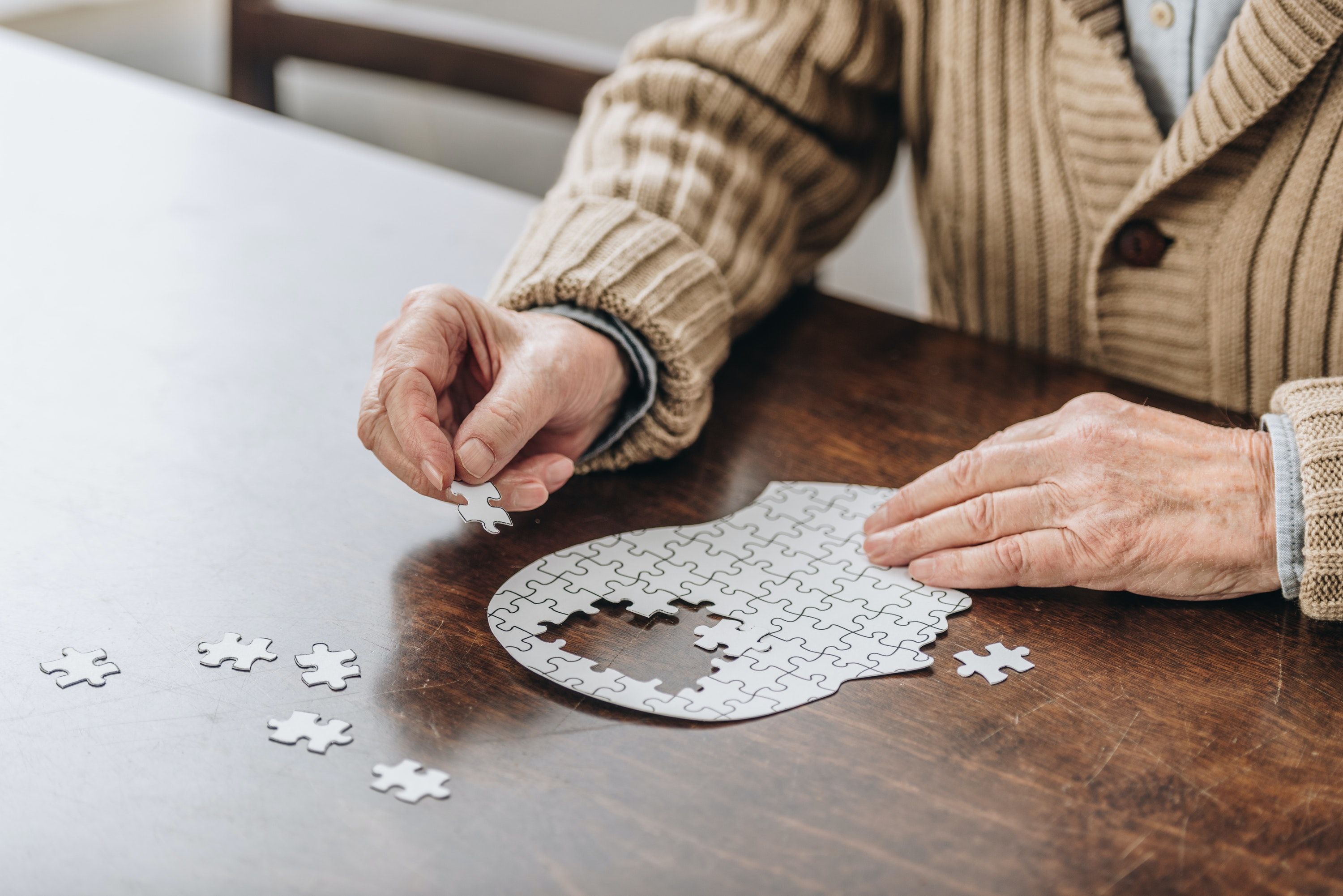 Everyday tasks, such as paying for items at the supermarket or walking to a bus stop, might take you longer with Parkinson’s.

“Slowness of movement, which is medically referred to as ‘bradykinesia’, may mean that it takes you longer to do things,” says Goates. “For example, you might struggle with coordination, your walking speed may slow down, or it may become more like a shuffle.”

Difficulty turning over in bed

Stiffness and tension in the muscles, which can make it difficult to move around and make facial expressions, is a really common symtoms.

“Rigidity can stop muscles from stretching and relaxing, it can be particularly noticeable, for example, if you struggle to turn over or get in and out of bed,” advises Goates. 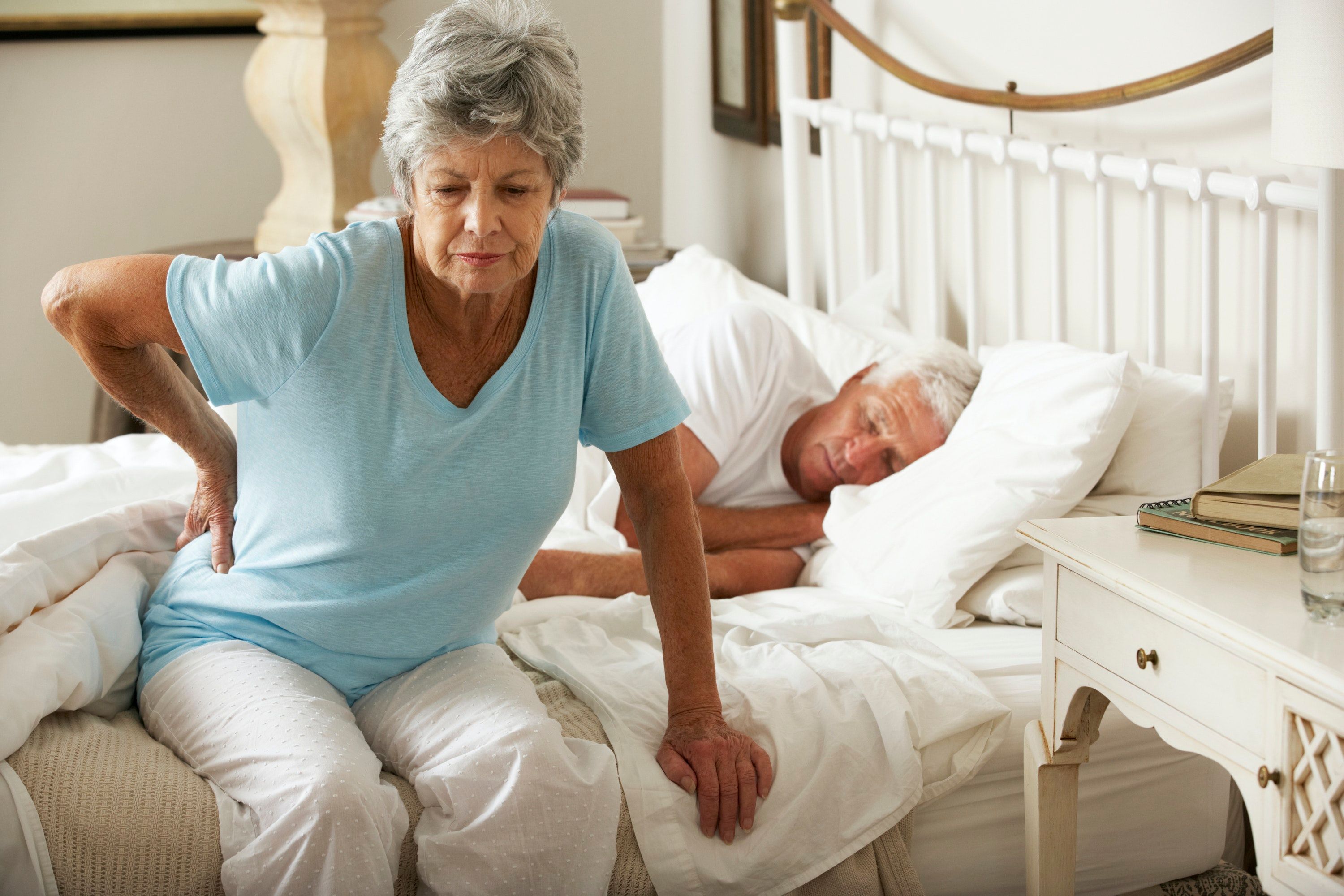 “Because it causes stiff muscles, inflexibility or cramps, people with Parkinson’s also notice it can make it hard to do things like writing, doing up buttons or tying shoe laces.”

She explains that when looking for signs of Parkinson’s, a specialist may observe or ask you about your experiences with any of these movement issues. “A simple task they may ask you to do is walk around the room, so they can observe if there is a reduction in the natural swing of your arm.” 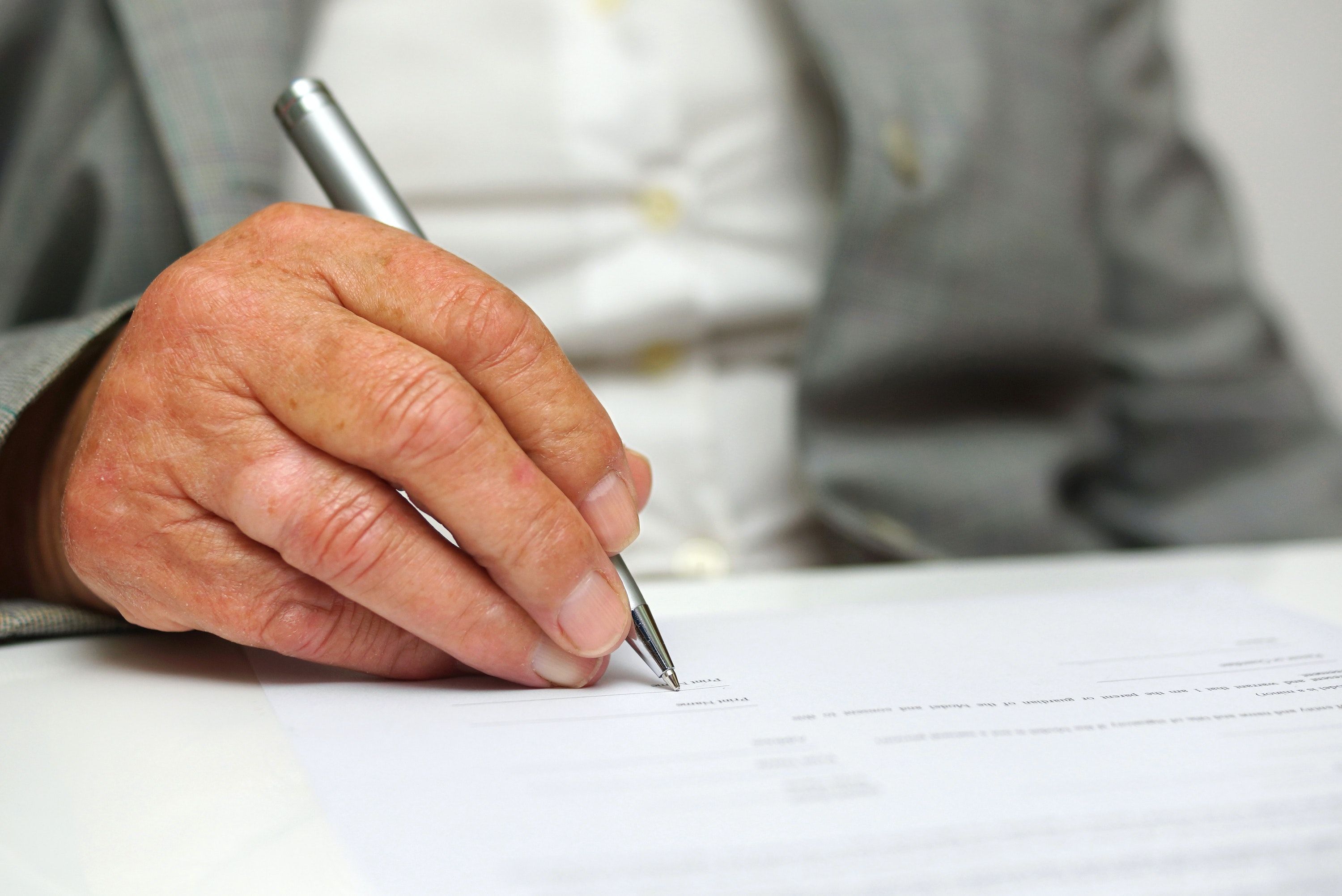 Parkinson’s causes changes in the brain, and because of this, many people with the condition can find that their movements become smaller and less forceful than before.

A good example is that you may find your writing is smaller than it previously was, or gradually gets smaller as you write.

If you’re concerned that you may be experiencing symptoms of Parkinson’s disease, see your GP – if only to rule it out and put your mind at ease. Your GP will ask about the problems you’re experiencing and may refer you to a specialist for further tests.