On This Day 1 August

In 1774 oxygen was identified; in 1800 Act of Union merged Kingdom of Great Britain and the Kingdom of Ireland; in 1944 Anne Frank made her last diary entry; in 1966 the British Empire came to an end creating the Commonwealth; in 1996 A Game of Thrones was first published. In 1896 the first rowboat arrived in Isles of Scilly from New York after 55 days.

Both Frank and George were Norwegian-born Americans and who both met along the New Jersey Coast where they were working in the fishing villages as clammers. 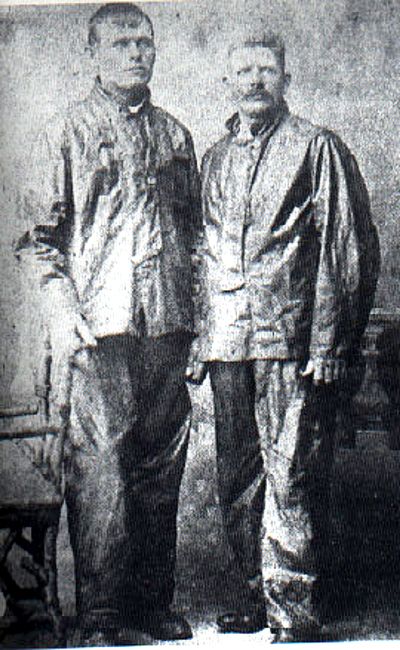 The publisher of the National Police Gazette offered a prize to the first men to row across the Atlantic and Frank and George were the ones to take him up on it. They had an 18ft oak rowboat built called The Fox. The boat had 2 rowing benches and rails to help if they capsized. On the 6th of June 1896 they set out from The Battery in New York with a compass, a sextant, their copy of the Nautical Almanac and 3 sets of oars.

55 days later they arrived on the Isles of Scilly and were the first to row across an ocean with their time not being beaten until 2010 by 4 rowers who made the trip in 43 days.

Listen to this wonderful telling of their story in music.

Listen to the story on a podcast on this, as well as other fantastically interesing stories on the Futility Closet