On This Day 2 August

In 1776 the US Declaration of Independence was signed; in 1865 Alice's Adventures in Wonderland was published; in 1880 GMT was adopted; in 1970 rubber bullets were used by the British Army for the first time and in 1990 Iraq invaded Kuwait. In 1898 the first screening in Azerbaijan of a motion picture took place.

Alexandre Michon produced the first motion pictures in Azerbaijan in 1898

The Lumière brothers premiered the first motion picture in Paris in 1895 and it quickly took off. Azerbaijan was, and still is, attractive to foreigners due to the oil industry.

One of the first entrepreneurs to settle in Baku was Alexander Michon, born in 1858 in Ukraine to a French family and entered into the photography industry having his own studio.

It was in 1898 that he started using the Lumiere motion picture device to capture daily life in Baku two of which are the Folk Dances of the Caucasus and the Oil Gush Fire in Bibiheybat which was shown on the 2nd of August 1898. 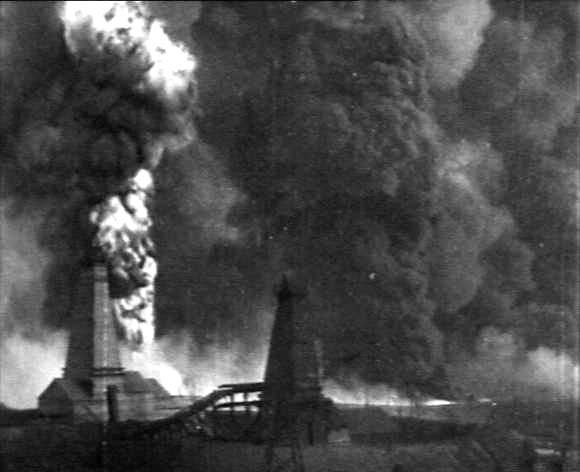 The first Baku International Film Festival - Bakı Beynəlxalq Film Festivalı Şərq-Qərb was held in 1991 after Azerbaijan gained independence from the Soviet Union and in 2000 the then President, Heydar Aliyez, proclaimed August 2 the Day of Azerbaijani Cinema.

While the original film "The Folk Dance of the Caucasus" can't be found on YouTube we did come across the below which shows the incredible speed of an Azerbaijani dance.