In 1796 Robert Burns died; in 1831 Belgium gained independence from the Netherlands; in 1897 the Tate Gallery opened in London and in 1969 Neil Armstrong was the first to step foot on the Moon with the images being transmitted from Australia; in 2012 at the age of 51 Erden Eruç was the first to complete a solo human-powered circumnavigation of the world

In 2012, at the age of 51, Erden Eruç parked his bike on a pier in Bodega Bay, California. It was from this same pier 5 years 11 days 12 hours and 22 minutes earlier that he had departed on his solo human-powered circumnavigation of the world.

A successful Engineer and Project Manager, Erden always had a dream of pursuing adventures outside of the corporate world. "A dream is a goal glimmering in the distance; it is an inner calling which, when accomplished, serves as the rite of passage into wisdom" was his response when asked what having a dream meant to him in 2004.

In 2007 he departed from California for Mooloolaba in Australia which he calculated as having a straight line distance of 11,400 km. There was only one incident when the boat was capsized while he was asleep; but the ballast ensured that the boat righted itself. He arrived in Australia in 2010 at which point he both kayaked and cycled across the country, eventually being ready to leave Carnarvon later that year. 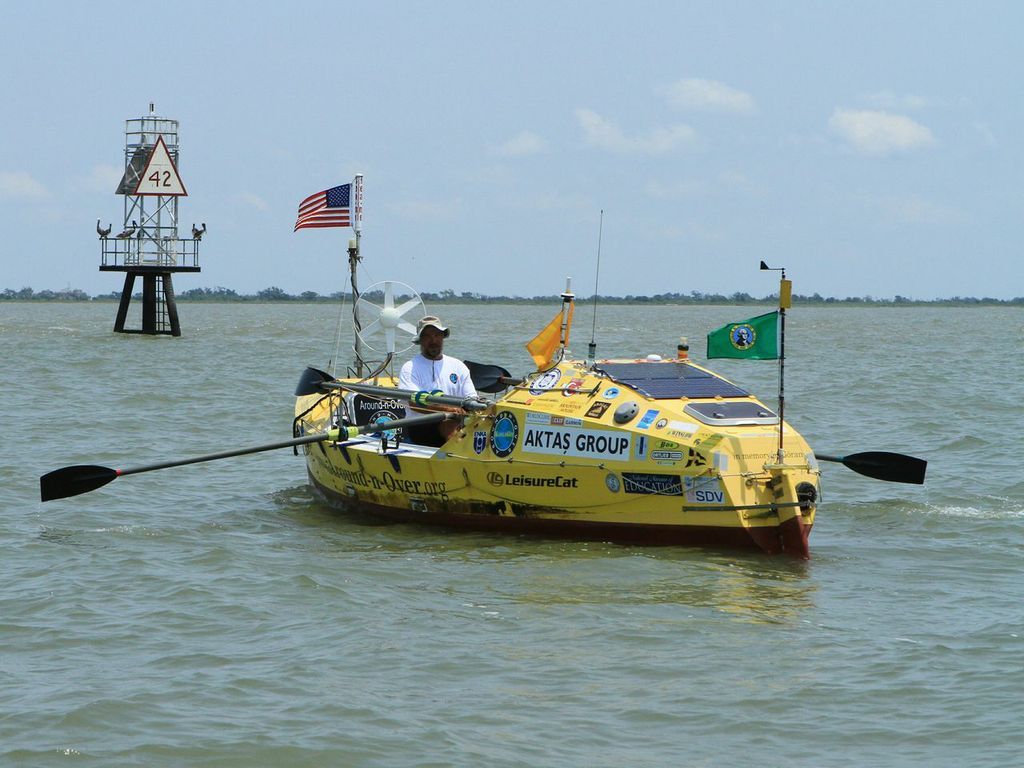 He departed Carnarvon for Africa and he was event accompanied by a frigate from the Turkish Navy who escorted him through the area which was being patrolled for piracy. Arriving in Mozambique he then cycled across Africa arriving in Namibia in 2011.

He next target was South America which took him about 5 months to reach; arriving in Venezuela. He then went onwards through the Caribbean Sea and Gulf of Mexico and landing in Louisiana. His final segment was completed on the bicycle bringing us full circle back to the pier in Bodega Bay.

Short portrait of Erden in Turkish

With his wife Around-N-Over was founded to help others realise their dreams.