On This Day 4 August

In 1834 John Venn (of Venn diagram fame) was born; in 1870 British Red Cross was founded; in 1902 Greenwich foot tunnel opened; in 1914 Britain declared war on Germany; in 1944 Anne Frank was captured and arrested. In 1693 Dom Perignon is credited with inventing champagne

Pérignon was born in 1638 to a family which owned several vineyards in the Champagne region of France. He entered the Benedictine Order at the age of 17 where monastic life comprised of prayer, study and manual labour. 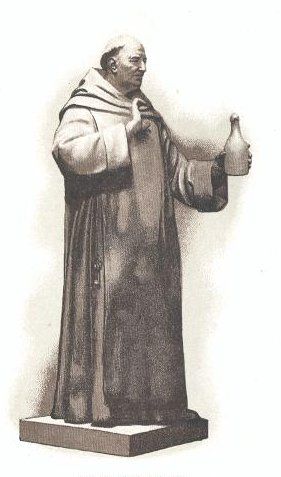 The bubbles caused by refermentation was actually a problem for the winemakers of the time turning some of the bottles into bombs. When weather warmed up the yeast began to generate carbon dioxide that would either push the cork out the bottle or explode the bottle. Pérignon attempted to avoid this refermentation through multiple means, some of which have resulted in the champagne that we have today - for example the blending of grapes from multiple vineyards.