On This Day 9 September

In 1803 the Lady Nelson arrived in Van Diemen's Land; in 1890 Dunlop received a patent for a pneumatic tire; in 1945 the first computer bug was discovered (a moth); in 1948 North Korea was established. In 1969 Canada became officially bilingual with the Official Languages Act.

Canada is an officially bilingual country with both French and English being the official languages. On the 9th of September, 1969, the Official Languages Act came into force which resulted in both languages having official status across the country.

The map below shows where French is spoken as the main language - predominantly the province of Quebec. There are 7.3 million native speakers of French in Canada at the last census. 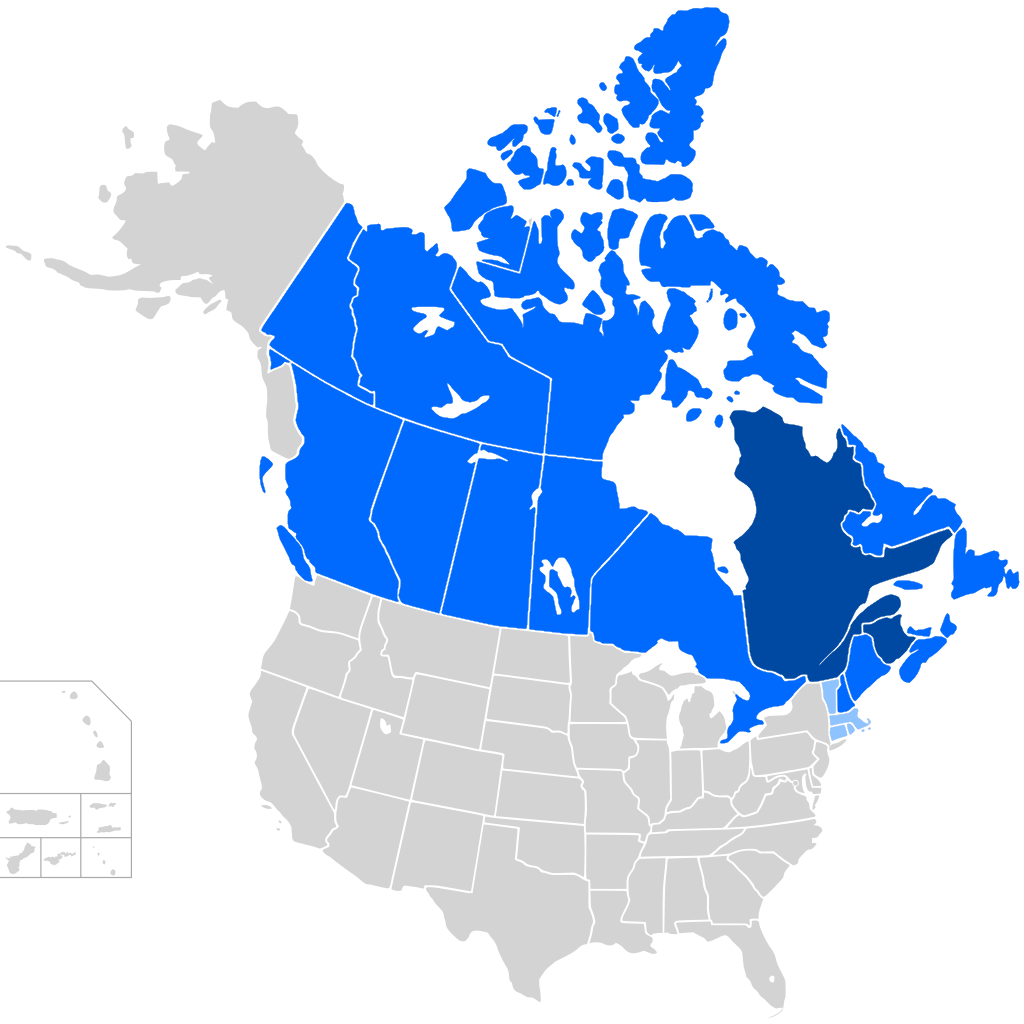 In the same way that Glaswegian English is very different from Chelsea English - in both accent and words used - there is a difference between French heard in Paris versus that heard in Montreal (not to mention the other regions with France and Canada).

It's not just the accent that is different though - there are differences in the meanings of words which can lead to confusion among French speakers when they travel between the regions. For example the word for boyfriend in European French is "le copain" while in Quebecois it is "le chum". In Quebecois have "une blonde" means having a girlfriend while in France it would be either a beer or a blond-haired woman. "J'ai besoin d'un nuage, je vais magasiner" would sound rather peculiar to someone in France with nuage being cloud (it's a scarf in Quebecois) and the word magasiner being used instead of "faire des courses".

Then there's the accent. Can you tell whether it's the blonde or the chum that's Quebecois in the below?