Rosemary Shrager: ‘I finally feel happy in my own skin’

The TV chef tells TheBoldAge how the threat of sight loss and developing diabetes inspired a health overhaul – and she feels better than ever.

TV chef Rosemary Shrager knows she has a higher than average risk of developing glaucoma – a common eye condition that can result in permanent sight loss. “I have worried sometimes that I’d wake up one morning and not be able to see,” the 69-year-old reveals. 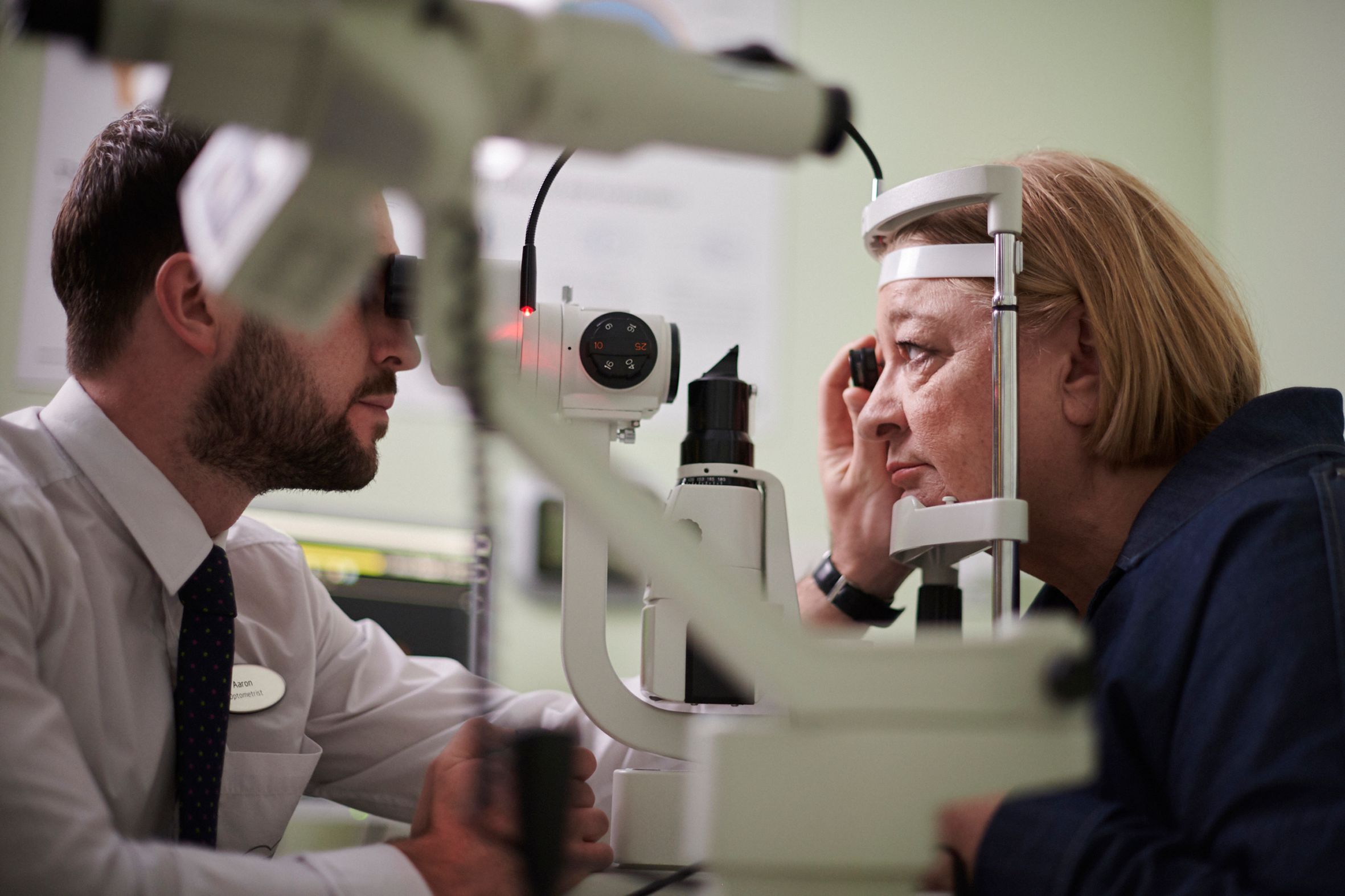 Shrager – who first found fame as the haute cuisine teacher on reality show Ladette To Lady back in 2005, and is one of the celebrity senior citizen stars on BBC One’s The Real Marigold On Tour – has several close family members who’ve lost their sight due to glaucoma.

There are different types of glaucoma, which causes the main nerve in the eye (the optic nerve) to become damaged, usually as a result of increased pressure in the eye. It affects more than 700,000 people in the UK but often doesn’t cause any symptoms in the early stages, which means many people don’t realise they have it. However, treating glaucoma early is vital in order to prevent it getting worse, otherwise irreversible damage and sight loss can occur.

“My grandmother and two great-aunts went blind, and my father had extremely restricted vision. As it’s often a hereditary, it’s a terrifying thought that I could get it too,” says Shrager, who has yearly check-ups and is working with Specsavers to raise awareness of the importance of regular eye tests – even if you think your eyes and vision haven’t changed. A lot of the time, early signs of problems can be detected through routine eye tests.

“Of all the senses, losing my sight is the one I fear the most because I’ve seen what it means,” London-born Shrager adds. “As a chef, my work depends on my sight – I couldn’t do what I do without it. It would finish my career.”

Shrager’s no-nonsense attitude and bubbly personality, coupled with her prodigious culinary skills, have made her an on-screen favourite. She’s had her own show (Rosemary Shrager’s School For Cooks), judged on a host of others including Soapstar Superchef and BBC Two’s The Big Family Cooking Showdown in 2017, and took part in I’m A Celebrity… Get Me Out Of Here! in 2012.

She only found out by chance 20 years ago that she could potentially develop glaucoma. “While I was at Moorfields Eye Hospital with my ex-husband, because he had a detached retina, I just happened to casually mention to a nurse there was glaucoma in my family,” she recalls. “I was so shocked when they told me that meant I was at high risk of developing it. Looking back, I think until then I’d been in denial, not wanting to find out anything about it. They made me confront it.”

With her busy life, she’s author of six cookery books and has worked with leading chefs including Jean-Christophe Novelli, she put it to the back of her mind and was only having eye checks every couple of years. But three years ago that changed.

After an optician highlighted a concern at a routine check-up, she saw a consultant ophthalmologist at her local NHS hospital in Pembury, Kent.

“He confirmed a tiny change – a thinning – in my left eye, which could point to the potential of glaucoma happening at some point. Thankfully he told me not to worry and I didn’t need treatment, but I now have annual check-ups,” she explains.

“It just so happened that at that time, I’d been diagnosed with type 2 diabetes, which can also affect your sight. I thought, ‘I’ve now got two things that could really harm my eyesight’. That’s when those fears of waking up one day and finding I was blind really reared up.”

Shrager – who admits she’s been “cavalier about my health over the years” – decided from then on to radically overhaul her health.

“In the last two years, I’ve lost a lot of weight – around three dress sizes and around 14cm around my waist. I’ve reversed the diabetes diagnosis, do more exercise and look after myself a lot better,” she says proudly. 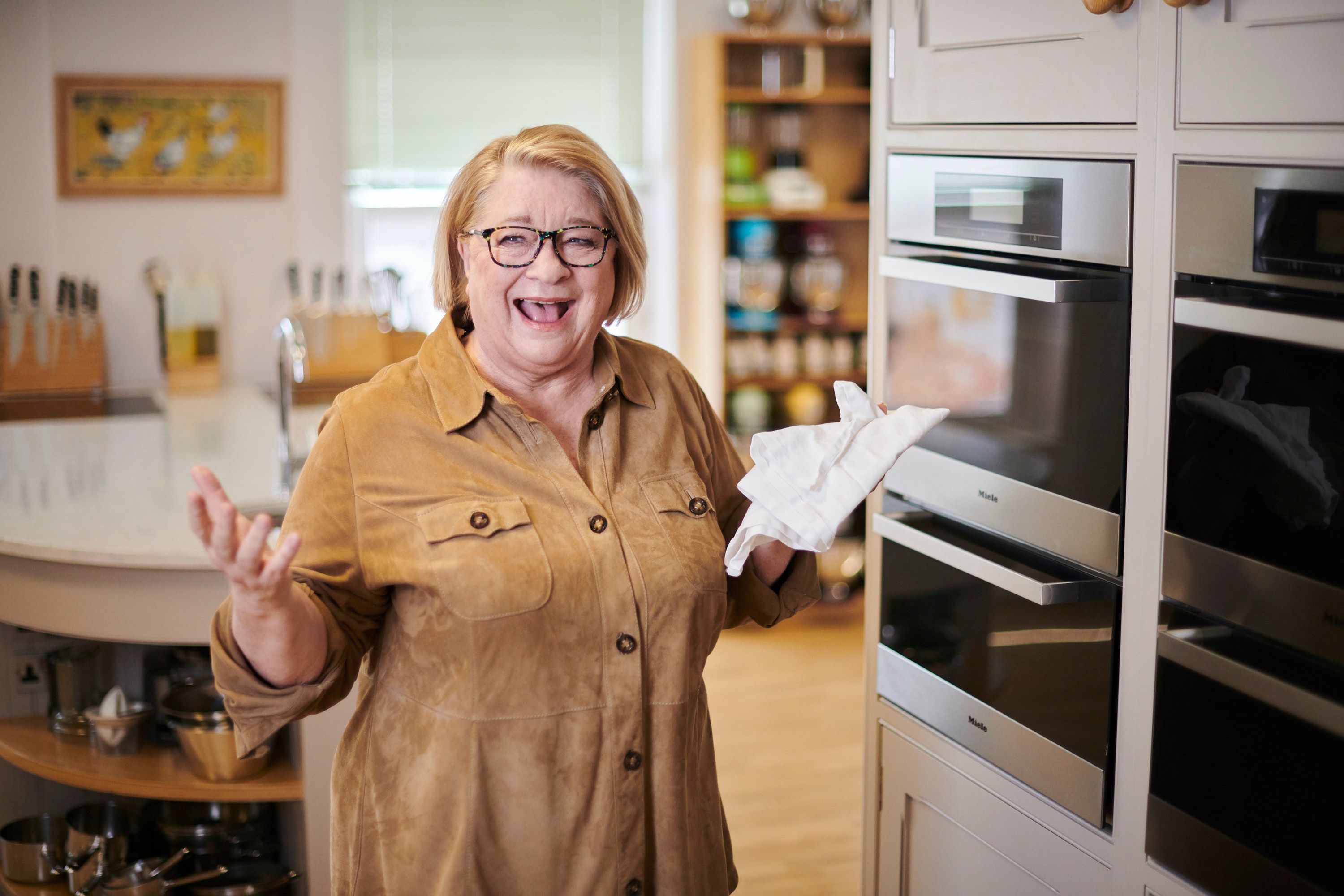 She’s positive about the future. “I wear glasses, as I’m both short-sighted and long-sighted, but I can see perfectly well. Personally, I think glaucoma might evolve when I’m older but thankfully I’m safeguarding my sight with check-ups.

“Generally, it can be treated very effectively if detected early, which is why I’m urging people to have their eyes tested. I don’t think I would ever go blind through it because I’m being monitored and everything’s moved on so much since my father’s day.”

Here, Shrager tells us more about what makes her happy, her approach to keeping well, and how TV changed her life…

What’s been the turning point in your life?

“My career on television has been wonderful for me. It saved my life as a person really, because it gave me so much more confidence. My passion’s always been chef-ing and cooking but I was so nervous and under-confident about speaking in public. When I first appeared on screen years ago, I could barely speak and was terrified.

“Then I slowly discovered that I actually love performing and acting, and got such fun out of combining that with my love of cooking. Now I have no qualms and absolutely love public speaking, teaching and demonstrating.”

How do you feel about ageing?

“Ageing’s ghastly – surely everyone wants to reverse it! But at this stage in life, I feel happy in my own skin and feel I’ve got lots of years left. I’m working still, travel all over the place, and never say no to anything if I think it’s worthwhile. It’s important to enjoy yourself and never stop learning – there’s such a lot of fun learning from the young today.”

How do you look after your health?

“I’ve been big all my life and I’ve never been confident about my body image. These days, I’m happy with myself and realise the important thing is not to feel bloated, to listen to your body, and to feel comfortable in it. It’s not about size. I’m fit, I do exercises with my personal trainer, play table tennis and I eat well.

“I have a regime where I only eat between midday and 8pm, so it’s like fasting 16 hours a day. It’s really helped me, I feel better in myself and have loads more energy. I snack on prunes now, which are great as they fill me up and I love them.”

How do you look after your wellbeing?

“I think you just have to enjoy yourself and actually be grateful. I’m always looking to the future, I’m the eternal optimist and very happy-go-lucky. Of course, I’ve had my down moments like everybody else but it’s vital to keep a positive attitude in life.

“You know the old saying – ‘when you cry, you cry alone, when you’re happy the world laughs with you’ – and that’s exactly what happens. My humour’s a bit unusual and I can usually see the funny side of things.”

How would you describe yourself?

“I’m an eccentric, larger-than-life character – slightly bonkers really! I hope people would say that I’m a nice, kind person who loves life. I’m happiest when I’m cooking, teaching and demonstrating – my total passion – and when I’m with my two children and grandchildren.”

Do you have any regrets?

“I totally regret that I didn’t have any confidence in myself when I was young. I felt a total failure. I wish I’d known everything would work out. Every day, I try to do the right thing and want to do better. I’m a perfectionist really – never satisfied.”

The RNIB also discuss glaucoma in this following link