Should you be worried about arsenic in rice? We ask an expert

Love a bowl of fried rice? There are concerns around the grain’s arsenic content.

Rice is one of those staples that just completes a meal, whether you’re having curry, risotto or stir fry for dinner. A store cupboard without it is just wrong.

However, people on an upvoted Reddit thread are asking if they should be worried about the amount of arsenic found in rice. “Rice seems to really agree with me and help my digestion,” noted user lukasfreely, adding: “But I’ve read up on arsenic in rice concerns. I do try to switch up the type I eat but I do eat a lot of white rice. Should I be concerned about arsenic?” 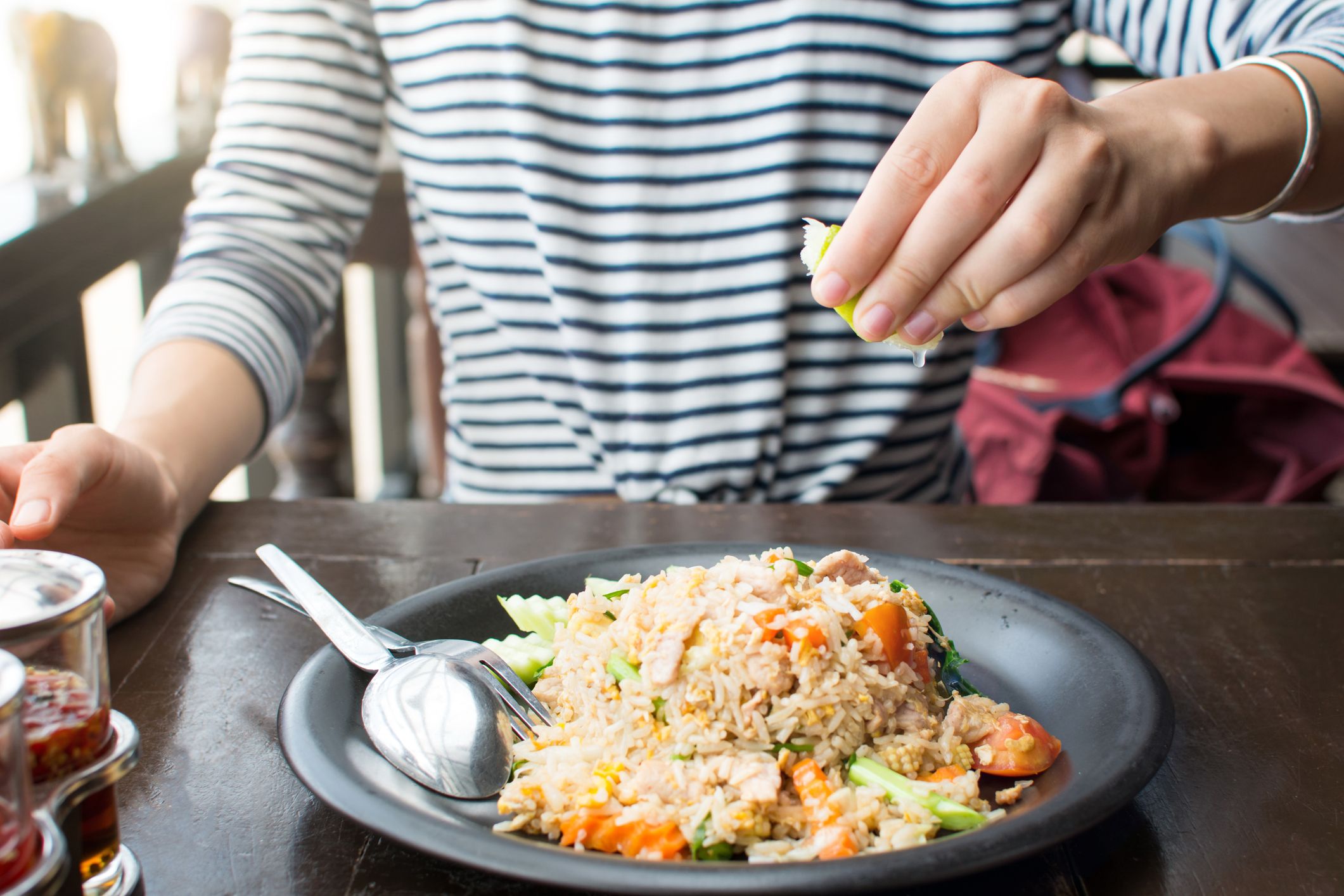 So what should you be aware of before whipping up fried rice for dinner? Here’s what you need to know…

First of all, what is arsenic, and is it really found in rice?

According to the World Health Organisation, “arsenic is a natural component of the earth’s crust and is widely distributed throughout the environment in the air, water and land”. It is found in many minerals across the globe, and is considered “highly toxic in its inorganic form”.

The Food Standards Agency (FSA) notes that “arsenic is a substance that is naturally present in the environment. This means it gets into food and water in varying amounts in different regions of the world.”

As a result “it’s impossible to eliminate arsenic from food” – and yes, it is found in rice. The FSA adds that “rice tends to take up more arsenic from the environment than other cereal crops, depending on the variety of rice and how it’s grown. The arsenic in rice also tends to be a more toxic form.”

Why is rice prone to containing arsenic?

“Arsenic mainly finds its way into soils and accumulates in rice cultivation through polluted irrigation water, and through historic contamination with arsenic-based insecticides, herbicides, fungicides, and other chemicals,” explains registered nutritional therapist Olivier Sanchez from clickfortherapy.com.

Some rice varieties are also more prone to containing it than others “depending on the level of arsenic in the soil, the pH, clay content, and other ions present in the soil, but also the size of the grain. The longer the grain, the higher the concentration.”

It seems unfair that rice is singled out in the arsenic stakes (especially when it’s so useful), but, says Sanchez: “Rice accumulates the highest amount of arsenic of all grain crops, because rice is largely grown in depleted soils, and the absent ions can no longer interfere with arsenic absorption.”

What impact can arsenic have on our health?

“Having too much arsenic in our diet could be harmful to our health,” says the FSA and notes that it “has the potential to increase the risk of illnesses in humans, including cancer.”

“Arsenic is considered one of the most important toxic elements found in the environment (and drinking water system) because of its potential risk to ecosystems and to human health,” agrees Sanchez. “The International Agency for Research on Cancer (IARC) places arsenic in the highest health hazard category (Class-1 carcinogen), and there is substantial evidence that it increases risk of cancer of the bladder, lung, skin, and prostate.”

What can you do as a consumer to limit you exposure to arsenic levels in rice? Should we stop eating it completely?

Rice is cheap, filling and a staple food item across the globe, and although high quantities can cause problems for humans, luckily, as Sanchez explains, “if you consume very little rice, there may be little reason for concern”.

But if you are a big eater of rice, you can take small steps towards limiting your exposure to arsenic. “Checking the origin of the rice on the label may help you avoid buying grains with higher concentration of arsenic,” says Sanchez. This is because arsenic levels are less a matter of what brand of rice you buy, but more where it originates from. “A recent study showed that rice grown in the US (Texas, the most), Italy and Spain contained the highest levels of arsenic, and in Pakistan and India, the least.”

At home “soaking rice overnight, boiling it in high volume of water and rinsing the rice well at every step” will also help reduce arsenic levels. So there’s no need to ditch your egg fried rice next time you fancy eating Chinese food. Phew.