Sir Lenny Henry: ‘I do wish I had stood up to racism more’

Sir Lenny Henry talks to TheBoldAge about racism, the pressures of fame, and his fears for today’s young wannabes.

When a 16-year-old Lenny Henry won the talent show New Faces in 1975 with his comic impersonations of Frank Spencer and Tommy Cooper, he couldn’t have imagined he’d go on to be an award-winning Shakespearean actor and charity ambassador with a knighthood.Now at 61, Sir Lenny Henry – comedian, actor and Comic Relief honorary life president – is reflecting on his early years as we discuss his memoir, Who Am I, Again?In it, he charts his formative years growing up in Dudley under the watchful eye of his larger-than-life mother, Winnie, the rock of the family and ‘Jamaican Wonder Woman’, as he calls her, who came over to the UK in the 1950s, followed shortly by her husband Winston (who turned out not to be Henry’s birth father) in search of a better life and ‘H’integration’, as he puts it.“Mum had a really good sense of humour and was a consummate storyteller,” he recalls. “She would spin stories and she had this glorious laugh. I used to think, ‘Wouldn’t it be great to make somebody laugh like that?’“You can psychoanalyse it now, but this whole thing about me wanting to be a comedian could have been about trying to please my mum, trying to make her laugh, trying to be seen.”Henry, who was born in Dudley, was the fifth of seven children. Life was noisy, busy, and often there were blazing arguments between his parents.He suffered racist jibes at school, countering them with humour, developing random impersonations of a Jamaican Scooby-Doo and Deputy Dawg from Dudley, moving on to David Bellamy, Tommy Cooper, Max Bygraves and Frank Spencer.Soon, he honed his impressions to entertain punters at the Queen Mary Ballroom in Dudley, local pubs and clubs and got himself an agent – and an audition for New Faces, which he went on to win of course.

How did he cope with fame at such an early age?

“Not very well,” he reflects. “I had an ‘ignorance is bliss’ attitude. I was 15 or 16-years-old. I was managed by a DJ called Mike Hollis for the first 10 years of my career. It was literally like being attached to a firework that had had the blue touch paper lit.“There was no way to process anything. I was really young and gullible, so everything that happened to me was with this gung-ho get-stuck-in attitude, without understanding the seriousness and the weight of decisions that were being made in split-second moments.“I drank underage, went out and when I discovered London, which was so different from Dudley, I almost exploded, and then when I went to New York for the first time, I nearly exploded again. There was an element of it where I had a great, great time in a hedonistic way, but I was young.”

So, are youngsters coming out of talent shows today better protected?

“No, I don’t think so at all. It’s worse now because kids are younger. Kids on The Voice are just thrown into the spotlight in front of seven million people. You sing your heart out and if you lose, how do you pick up the pieces from that? What happens then? That’s years of therapy.“If there’s nobody watching out for you it can lead to grave mistakes. The kids on all those talent shows, somebody needs to be watching out for them – and I really wish somebody had been watching out for me.”

He draws a line between talent shows and reality shows like Love Island.

“That’s not really about talent, it’s just about people watching people behave. If you have civilians on television being filmed and then editing them together, that’s going to have a terrible effect on their psyches once they are out of that programme.“All of those things should be regulated and monitored by people who know what they’re doing, rather than having therapists doing punditry. All of those people should receive counselling through the entire process. You’re laying your soul bare.”

He doesn’t, however, think talent shows should be banned.

“I wouldn’t be here without a talent show, but there’s a pastoral element that needs to be introduced. There’s a responsibility broadcasters have to young talent to make sure that the effect of being on television doesn’t affect them in an adverse way.”After winning New Faces, Henry signed up to do The Black And White Minstrel Show – the first actual black person in the line-up (the others were white men in make-up) – where he stayed for five years. “It was mentally bruising but kids have a tendency to endure hardship. I sort of pretended that it wasn’t happening and got on with the task of working in a big theatre,” he says.“Even though the guys who came in were white and lovely and nice to me, the truth of the matter is that I was stuck in this show that was a racial anomaly and in my heart of hearts, I hated being in it.”

“I do wish I had stood up to racism more,” he writes in the book.

Other more personal events are also charted, including the revelation that his father, Winston – who had a pretty cold relationship with his son – wasn’t his birth father. It was actually his ‘Uncle Bertie’, who lived nearby.“When I was 11, Mum said, ‘Oh you should go and help out with your Uncle Bertie down the road’, and suddenly I was down there and I think she felt I should just know who my birth father is, that’s all, nothing sinister.” 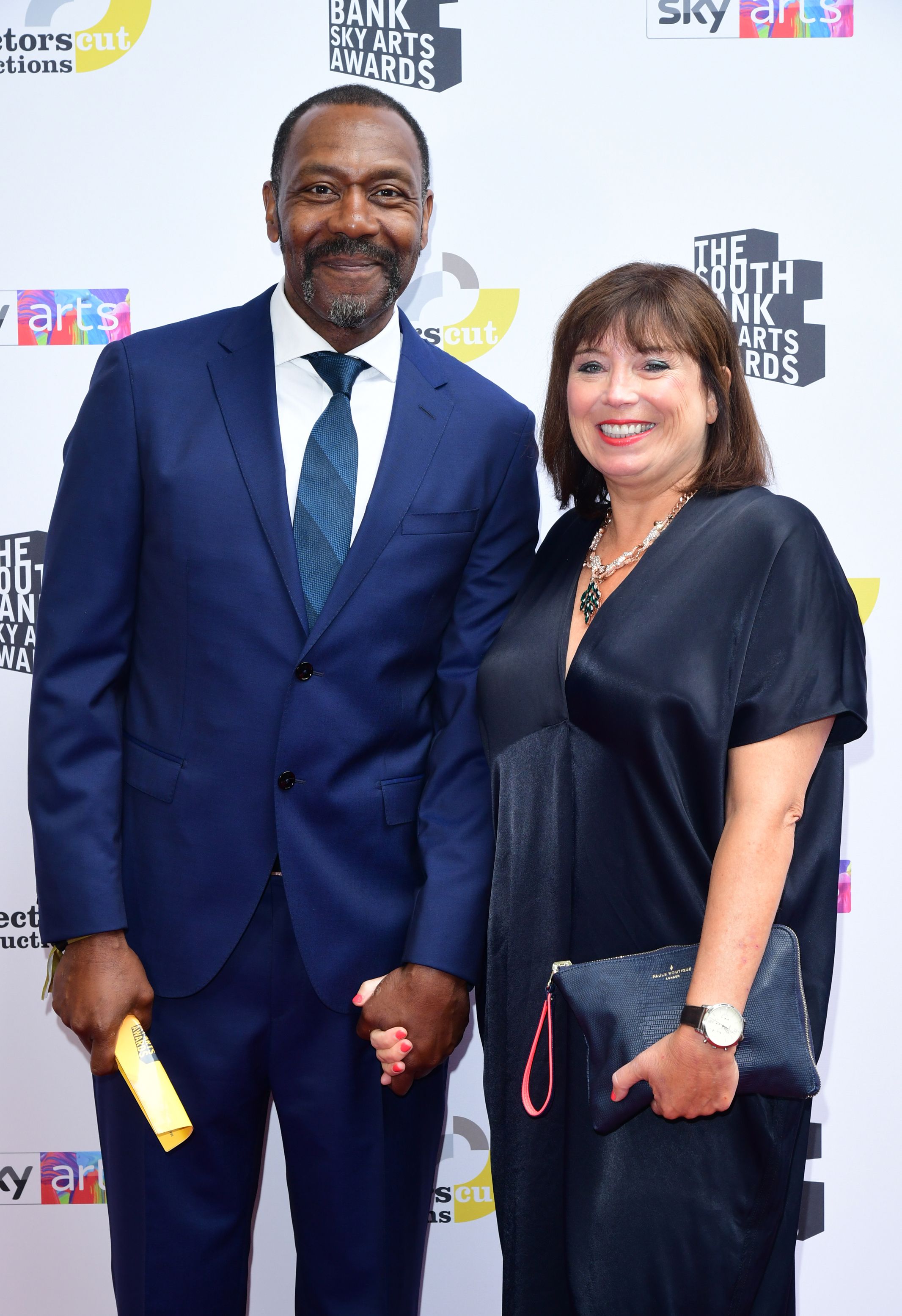 At 12, his stepbrother told him. “It was a bit like having a massive cosmic carpet whipped from under your feet. There was a real sense of displacement and disconnection and weirdness, just a feeling of shame, a feeling that I had two dads and nobody else had two dads. Then you realise that this kind of story is in lots of families, but as a kid I didn’t know that. It felt like a massive burden for quite a long time.”Now embarking on a nationwide tour, in which he’ll relate stories and anecdotes from the book, performing live still gives him a huge buzz, he reflects.“I love comedy, but since 2010 I’ve played Othello, Arturo Ui, I’ve been in Educating Rita, I’ve done more stage work and I want to do more acting.”He reckons the whole life story will take three books. The first takes us up to Tiswas and Three Of A Kind, but doesn’t feature his 25-year marriage to Dawn French, which ended in divorce nearly a decade ago, or his current relationship with theatre producer Lisa Makin.“I’m 61 and if you try to cram 61 years into one book, that’s a lot of pages. That amount of memory mining is like exhuming bodies, it’s a lot of work. I want to pace myself.” 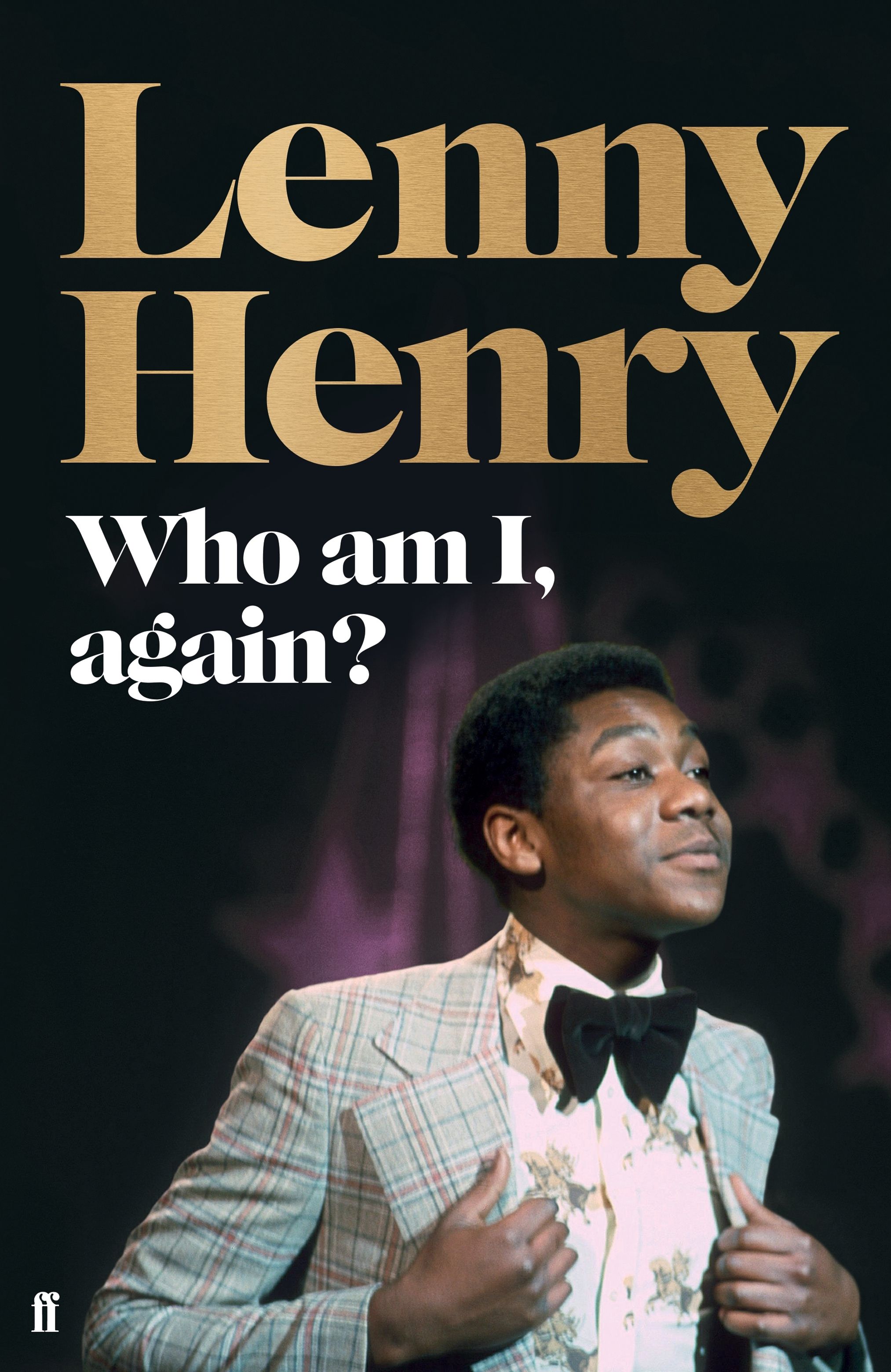 Who Am I, Again? by Lenny Henry is published by Faber & Faber