Former Gogglebox star Steph Parker tells Gabrielle Fagan how a terrifying health crisis made her realise she mustn’t forget to look after herself too.

“I had started going a bit mad because I had no oxygen in my system. I didn’t realise how seriously ill I was because when you are that sick, you don’t know what’s going on at all,” says Parker, 52, who found fame with her husband Dom as Gogglebox’s hugely entertaining, witty and boozy armchair critics.

The couple run a Kent B&B as well as juggling their radio and TV commitments (they quit Gogglebox in late-2016) and have two children – daughter, Honor, 15, and 18-year-old son Max, who is autistic and severely epileptic. 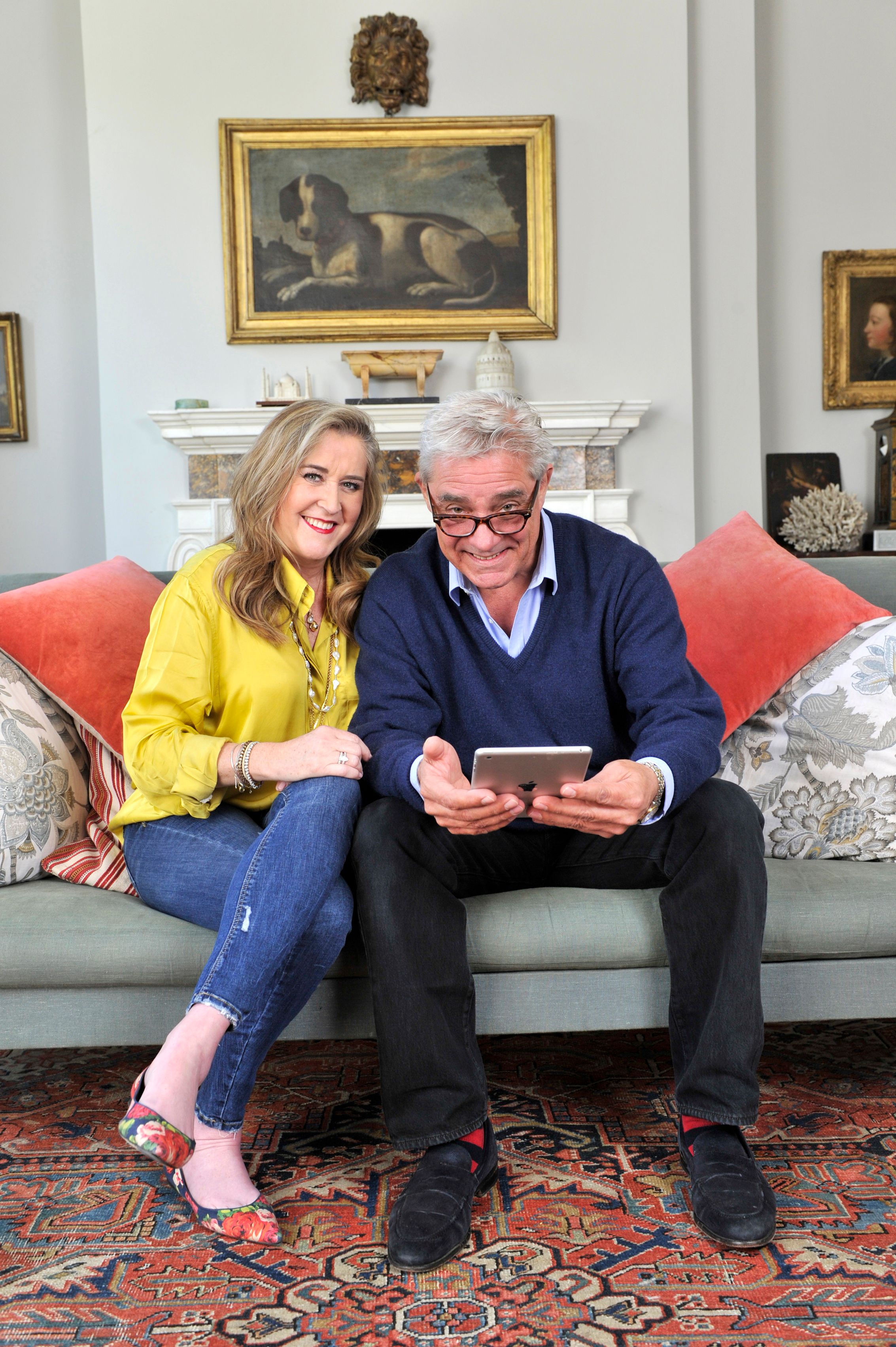 “Life’s very busy – I also help my sister with our father, who has dementia – and sometimes I feel my feet never touch the ground,” adds Parker, whose health crisis happened at Christmas. “I think with the festivities on top, I’d pushed myself too far and it was just sheer exhaustion that allowed infection in.

“I’d had a bad cough and felt run down but I just got worse very quickly. Dom called an ambulance on Boxing Day. The paramedics told him that if I’d been left another 20 minutes, I might have died. My lungs had given up and I was rushed to intensive care and pumped full of antibiotics. I got an infection in my heart so I was kept in a while longer, but thankfully I got through it all.

“Life’s hectic enough running around trying to get things done. The Boots service is brilliant because it takes all the work out of one chore – getting a prescription. It can be sent direct to your doctor or a local chemist.” 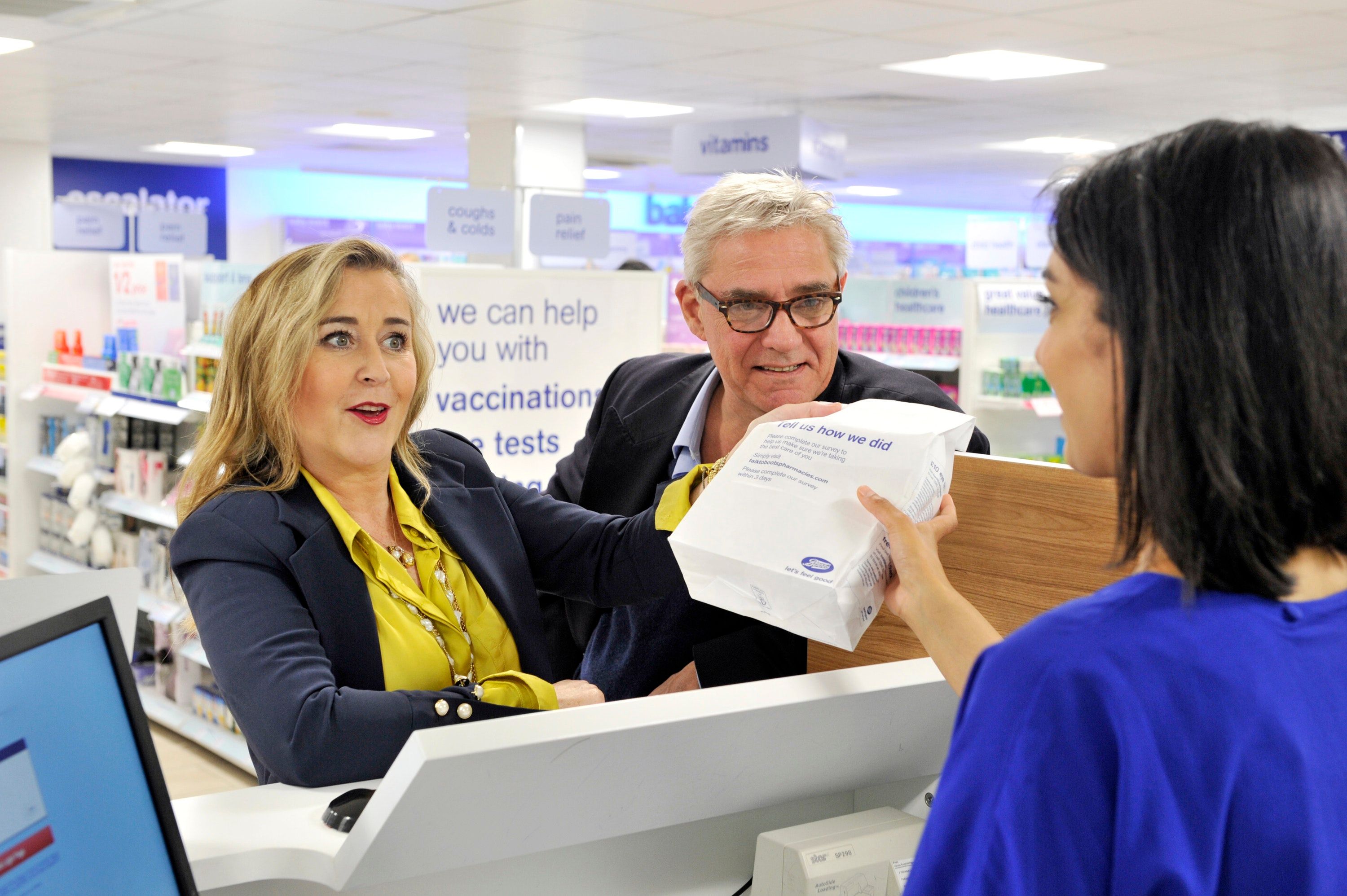 “I’ve been very good at looking after everybody else but not paid much attention to my own care. This has definitely shaken me up, it was very close to going disastrously wrong, and I know now it’s important,” she adds. “If I break down then everyone else around me breaks. I have to take responsibility for my health for the sake of myself and the family.”

This is something she has heightened awareness of because of Max’s needs.

Constant seizures since he was four have left him with a mental age of six, and they live in constant dread he will one day have a fatal seizure. The couple bravely revealed his condition for the first time last year in a moving Channel 4 documentary, Steph & Dom: Can Cannabis Save Our Son?

Some research has shown that medical marijuana/CBD may effectively control certain seizures, but there is controversy over allowing the treatment in the UK. Max joined an “early access” programme and received treatment over 20 weeks.

Parker is emotional as she reveals Max recently gave Dom a “huge hug, a proper hug. That’s never happened before in 18 years because Max doesn’t like to be touched. Dom was so shocked he nearly fell to the ground.

“I’ve never had a hug, never. All I’ll get is a headbutt in my chest, so to see him spontaneously run up to Daddy and put his arms around him was unbelievable. It was amazing and made both of us cry. Since he’s been on the treatment there’s definitely been an improvement in his mental awareness.”

They also noticed improvement in his communication. “His speech is very poor but we’re getting full sentences and he’s using the right words. We’re staggered as we’ve never had that before.”

There’s no trace of self-pity in this warm, down-to-earth woman, who explains that humour is the shield she and Dom, 53, use to help them cope with life’s challenges and their worry about Max, who can suffer up to 120 seizures a day.

“We laugh every day. We have to – not because we’re irreverent, disrespectful, or thoughtless, but because it’s the glue that holds us together and keeps us from being very sad,” she says.

“The early days, when Max was little and we didn’t understand what was wrong, were terrifying. At first we thought he might get better in time, but as the years have gone by there’s been a slow erosion of hope.

“We’ve managed by literally taking one step at a time. People say, ‘How do you cope?’ But you cope because you have no choice.

“Max has taught me so much in terms of patience and general wellbeing and understanding, and taking time over little things.” 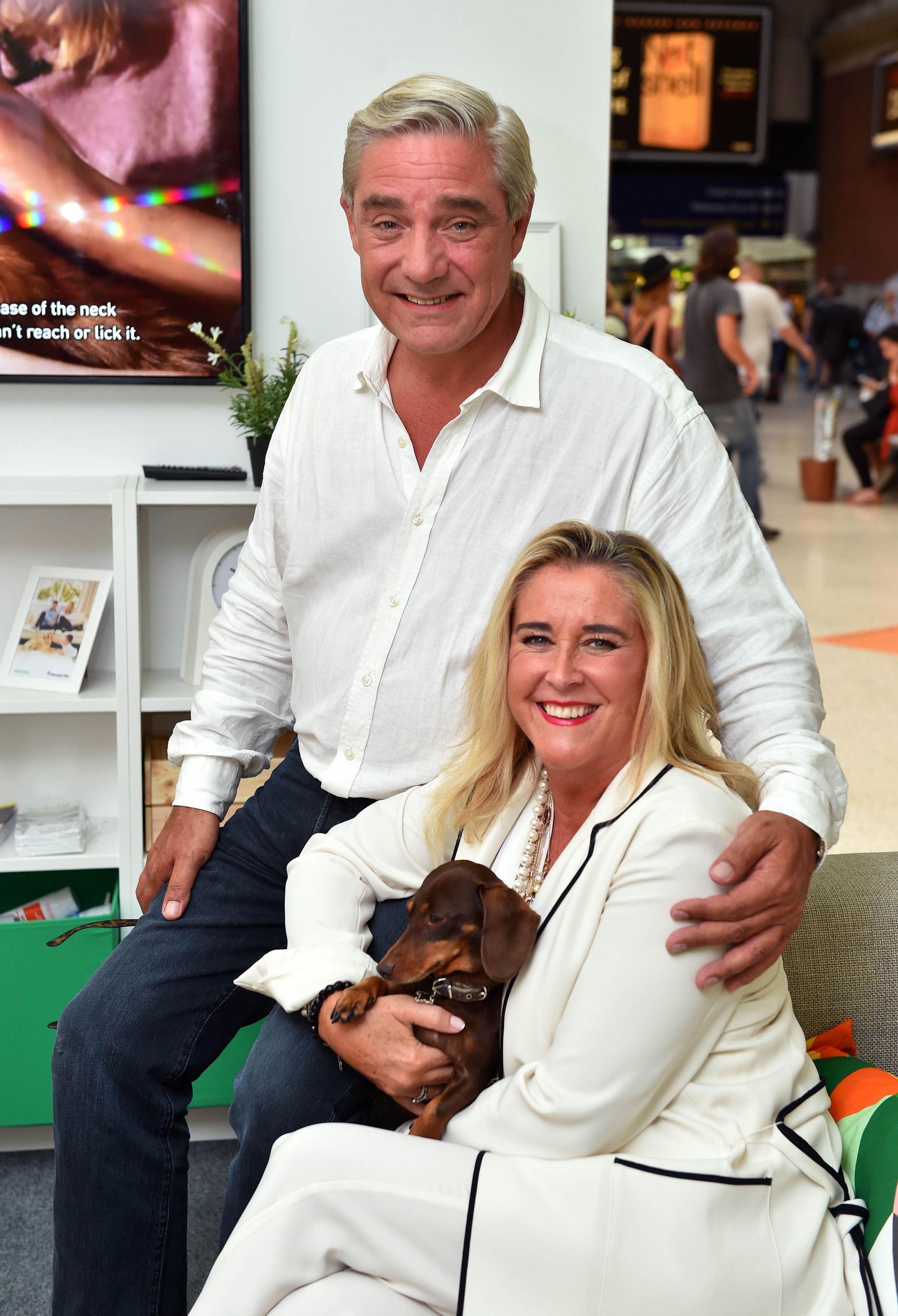 She describes reliving what they’ve gone through for the documentary as a “giant step”.

“It was very hard and moving, but we hoped that if we could use being well-known to go public with his story and move things forward, and help Max and all the other youngsters that suffer, it was worth it.”

She’s unstinting in her praise for her husband – her “rock”.

“Dom’s a very optimistic chap, I’m the more pessimistic one, but he’s had to keep positive for both of us. His attitude has helped stop it from being a maudlin, terribly sad thing to be living with.”

The couple – first spotted in 2013 on Channel 4’s Four In A Bed reality show about B&B owners – were a hit on Gogglebox, which launched their showbiz career. They now host a show on Talk Radio and filmed a new Channel 4 series on couples changing their lives to run country B&Bs.

That they are clearly and unashamedly devoted to one another is a huge part of their charm. “It was love at first sight for both of us when we met. Our love is the real deal,” agrees Parker.

“Our being together is not something we ever really question, it’s just a given. Where I finish, he starts. We are totally honest with each other. I think we have been lucky – there’s a statistic that only 23% of marriages succeed in a family with a disabled child. It either splits you or makes you an impenetrable team.”

Their partnership is also at the heart of her wellbeing. “Being with Dom and going through everything together, talking about our day, going through things with a fine-tooth comb so we totally understand what’s going on and what we both feel is crucial to my wellbeing and, of course, so is the family and friendship.”

She looks back on Gogglebox – the couple dubbed themselves ‘the Pd Posh Couple’ – with affection but doesn’t miss it.

“We’d said all we had to say and it was time to move on. It has to be kept fresh with different people.

“But that show changed the direction of our lives and it’s been whirlwind that’s never really stopped. You can’t buy this sort of experience at my age. It’s been absolutely bonkers.

“I don’t think of myself as a celebrity in any way, and I don’t think the public view us like that. I think they like us because we’re completely normal, just like everybody else, glass in hand wanting to have a good time, a laugh and make the best of everything and not be too judgemental.”

Parker adds with a smile: “When we’re not working, we still like to spend most of our time curled up in front of the telly with a large glass of red. Come to think of it, that would be my ideal exit from life – I’d like to close my eyes and go to sleep and not spill my red!”