Rowing machines have certainly come a long way since 1909.

For many of us, the ending of lockdown has meant we can get back to the gym and burn off some of those pandemic calories.

It’s nothing new of course; the notion of getting some exercise goes way back, but it was the 20th Century that really saw the emergence of the fitness industry as we know it today.

Before World War I, fitness centres were only frequented by the upper classes, but afterwards things changed, gradually becoming the big, mass-market business it is today. The Sixties saw the introduction of the UK’s first commercial health clubs, and over the decades, everything from gym machines and home workout equipment, to fitness magazines, DVDs and apps, have been constantly evolving to cope with our ever-growing desire to stay in shape.

Here, we delve into the archives to take a closer look at how fitness equipment and classes used to look… 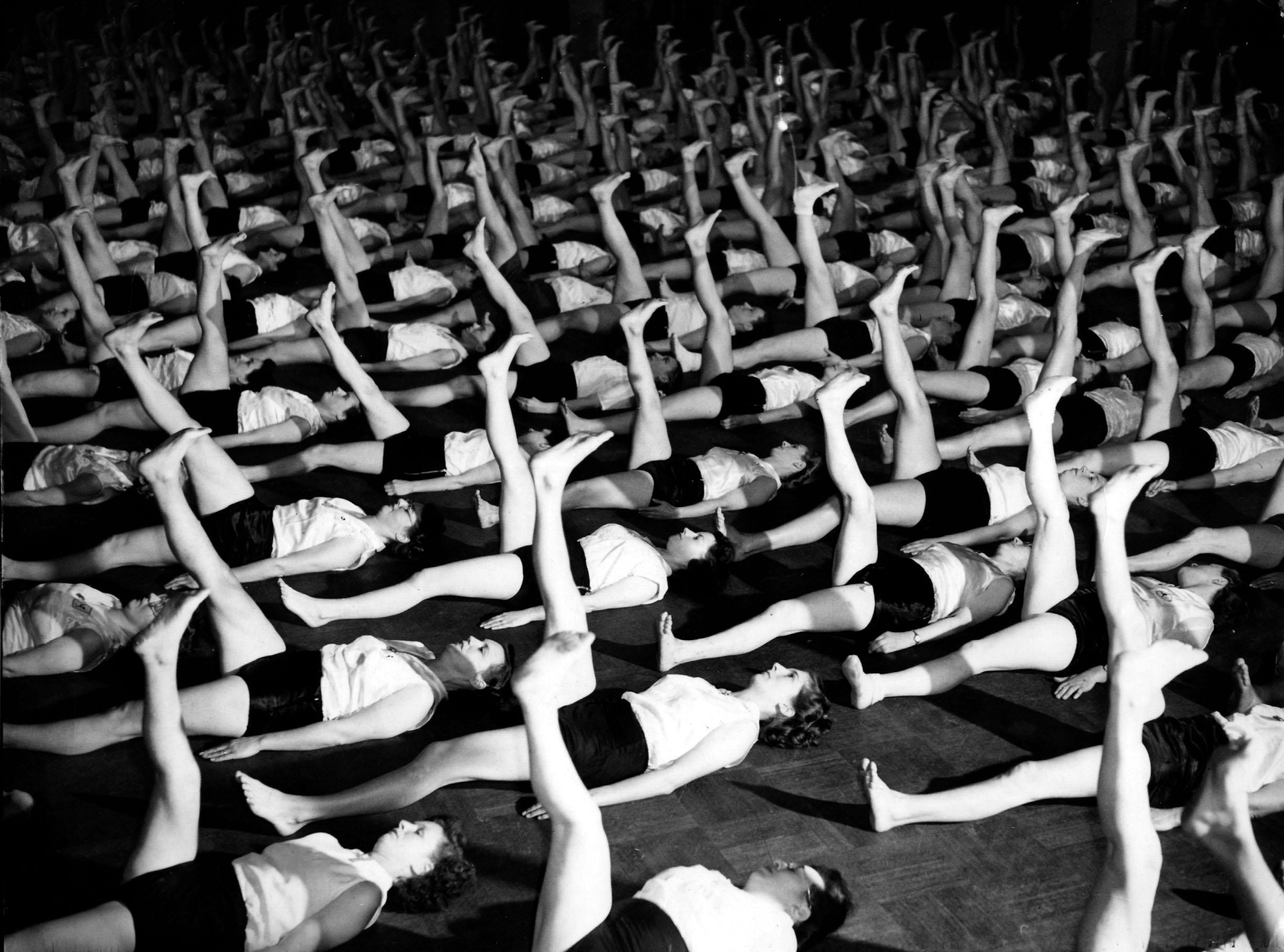 Just imagine if your Pilates class was as packed as this, and you all had wear matching uniforms!? The Women’s League of Health and Beauty was a mass fitness movement established in the 1930s, which gave women whose husbands and fathers had been killed in World War I the opportunity to get together and exercise. It spread all over the world with hundreds of thousands of members, and the enduring motto: ‘Movement is life’.

The premise is still the same – following an instructor and trying not to give up and leave half way through – but these days there’s far more choice, and far more equipment involved. 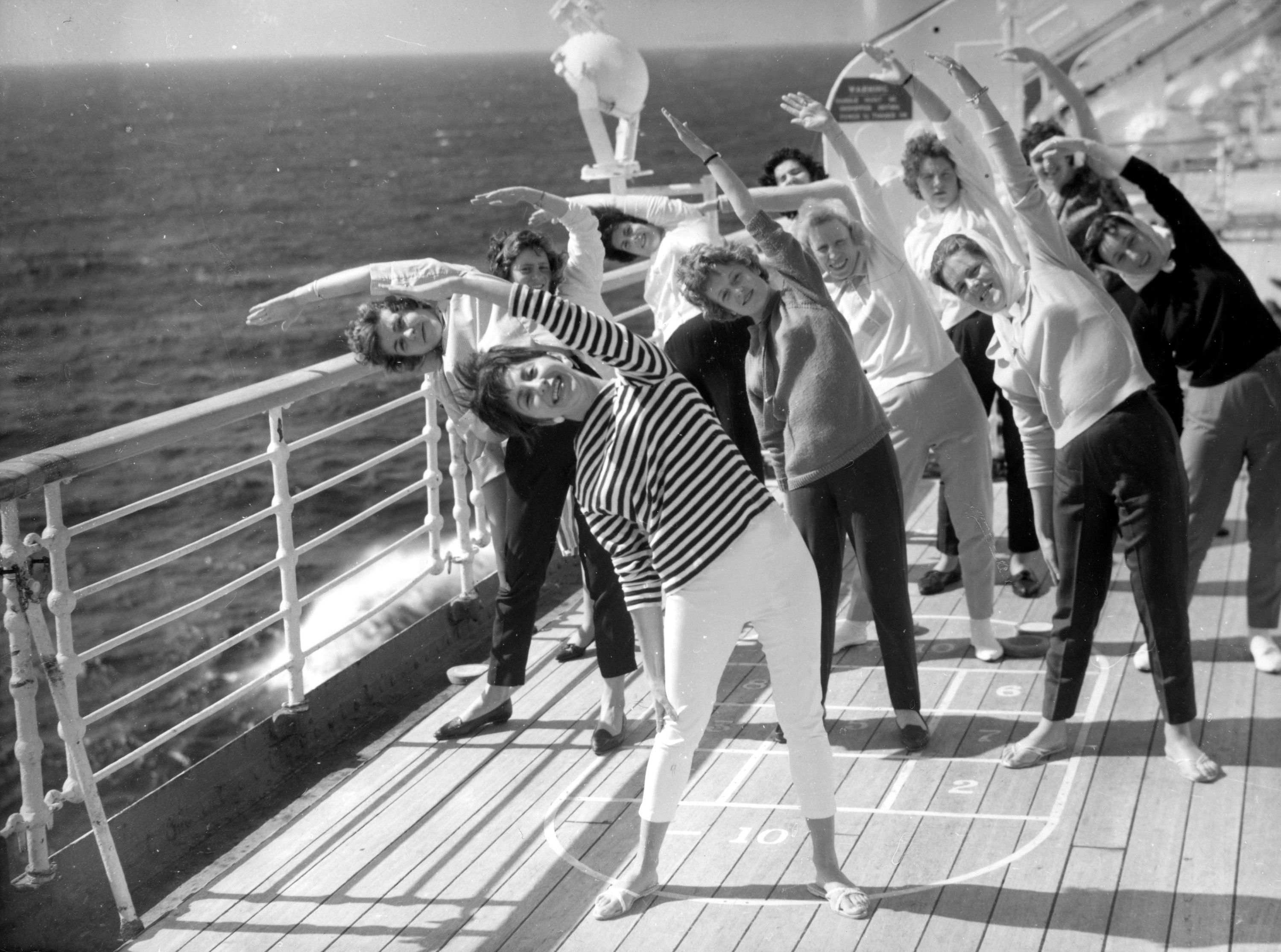 PT George Bradley, from Hall Personal Training, says: “Present day group exercise classes certainly bring more variation in comparison to that of previous generations. In stark contrast to previous group exercise, where no equipment would have been used, simply body weight and basic movements, additional equipment has increased 10-fold and become a necessary part of modern-day classes. In fact, equipment-less classes are among the few nowadays.” 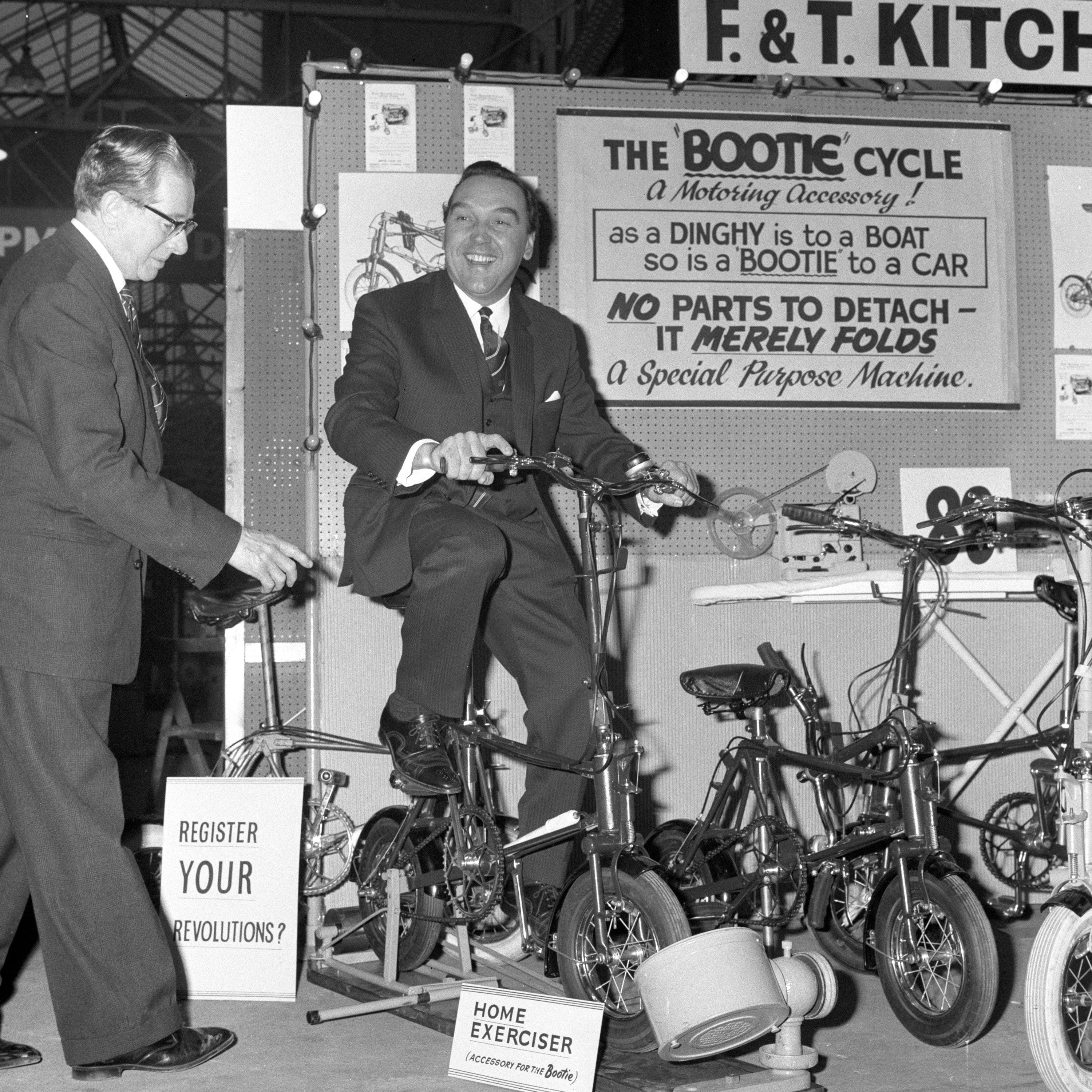 The Sixties saw the introduction of stationary bikes, and by the Eighties they were seriously popular. The low-impact, highly-effective cardiovascular workout meant people of all ages and fitness levels could use them, and in the comfort of their own living rooms. Now, of course, they’re a staple in every gym and spin classes are big business.

“The major difference seems to be in the level of seriousness that even amateurs take with their training nowadays, with regards to clothing and ‘readiness to train’,” says George. 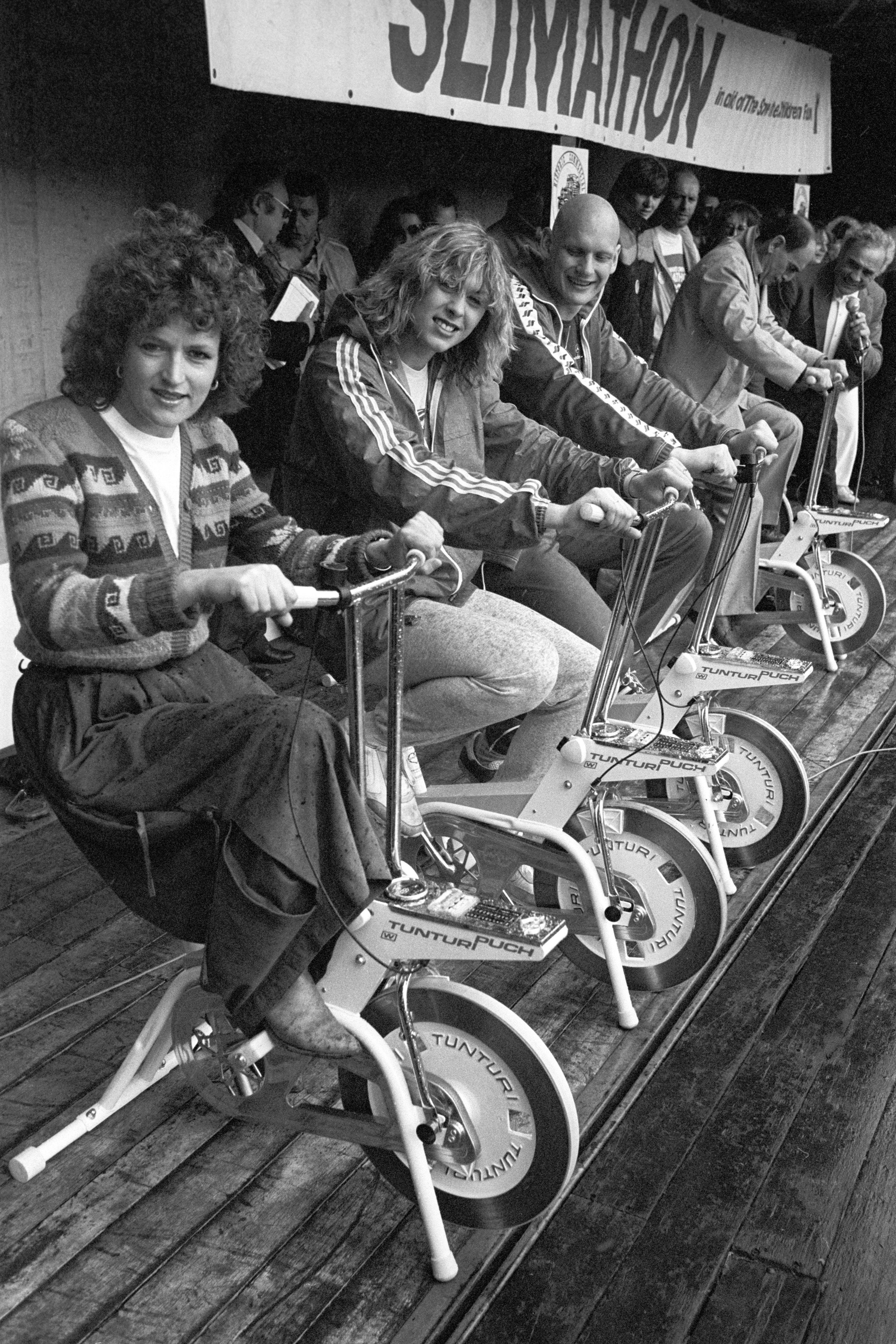 “Whereas exercise for the average individual seemed to be rather leisurely 30 years ago, recent improvements in equipment have bred a new wave of professionalism throughout the fitness industry. This development of equipment has transformed exercise bikes from flimsy ‘toys’ into something resembling that of the professional cyclist,” he adds. 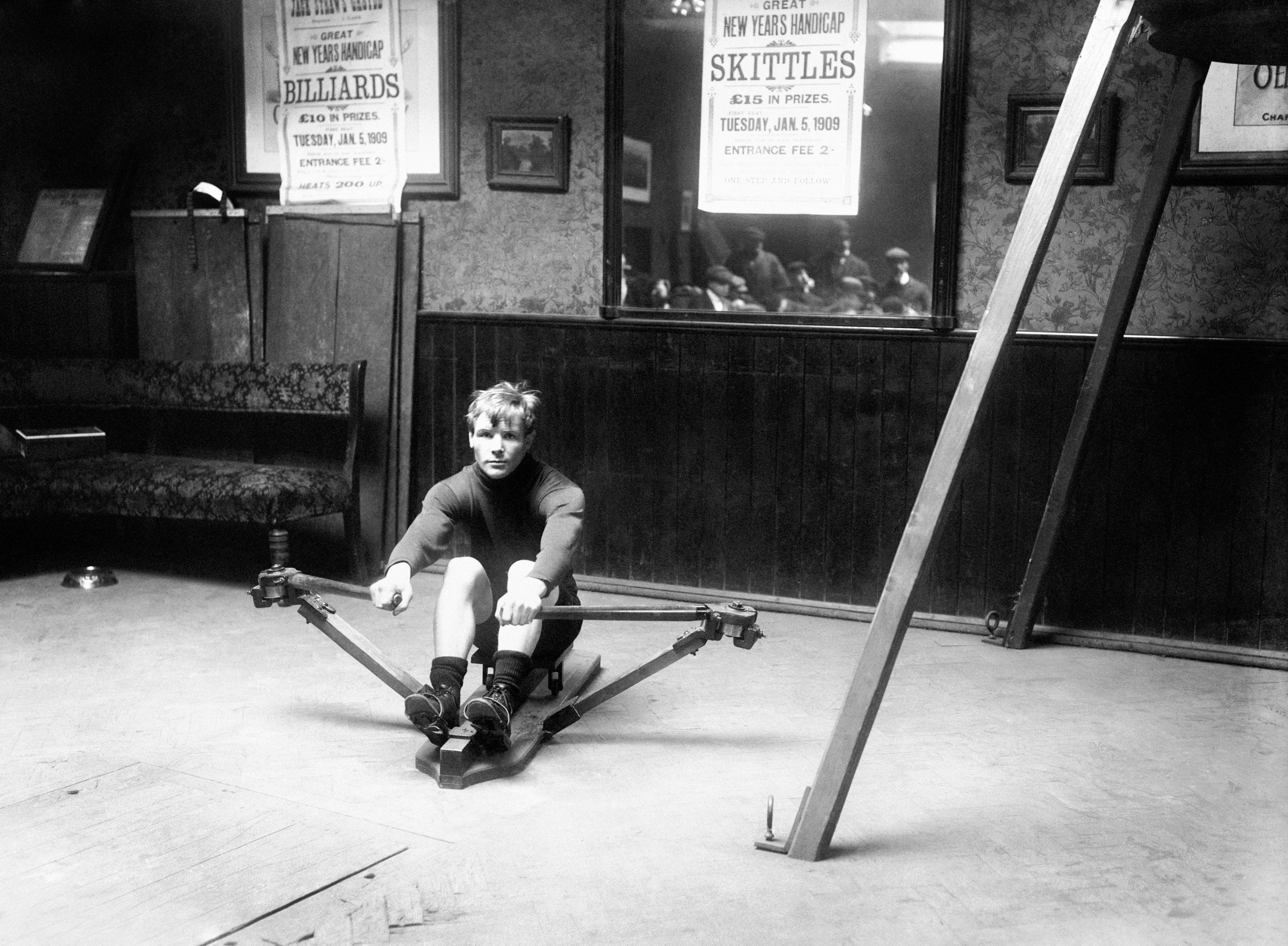 “A far cry from our much-loved Concept 2 rowing machines prevalent in the majority of current gyms, you can see we’ve come on leaps and bounds! The design of these older machines clearly resembles an actual rowing boat much more our modern machines,” George notes.

Boat racing goes way back in history and W.B. Curtis held the patent for the first indoor rowing machine, which was intended to help competitive rowers keep in shape off the water, but unlike today’s designs, it offered no way of measuring the energy output produced by the rower’s efforts. There were various different designs over the years, including ones with an iron wheel, and later, using weights to create friction breaking. It wasn’t until the Eighties that air-resistance rowing technology was introduced and changed everything.

George says: “Our present rowing machines definitely receive more widespread use, being used by any gym-goer for improvements in cardiac fitness right the way up to achieving gold standard status for rowing clubs.” 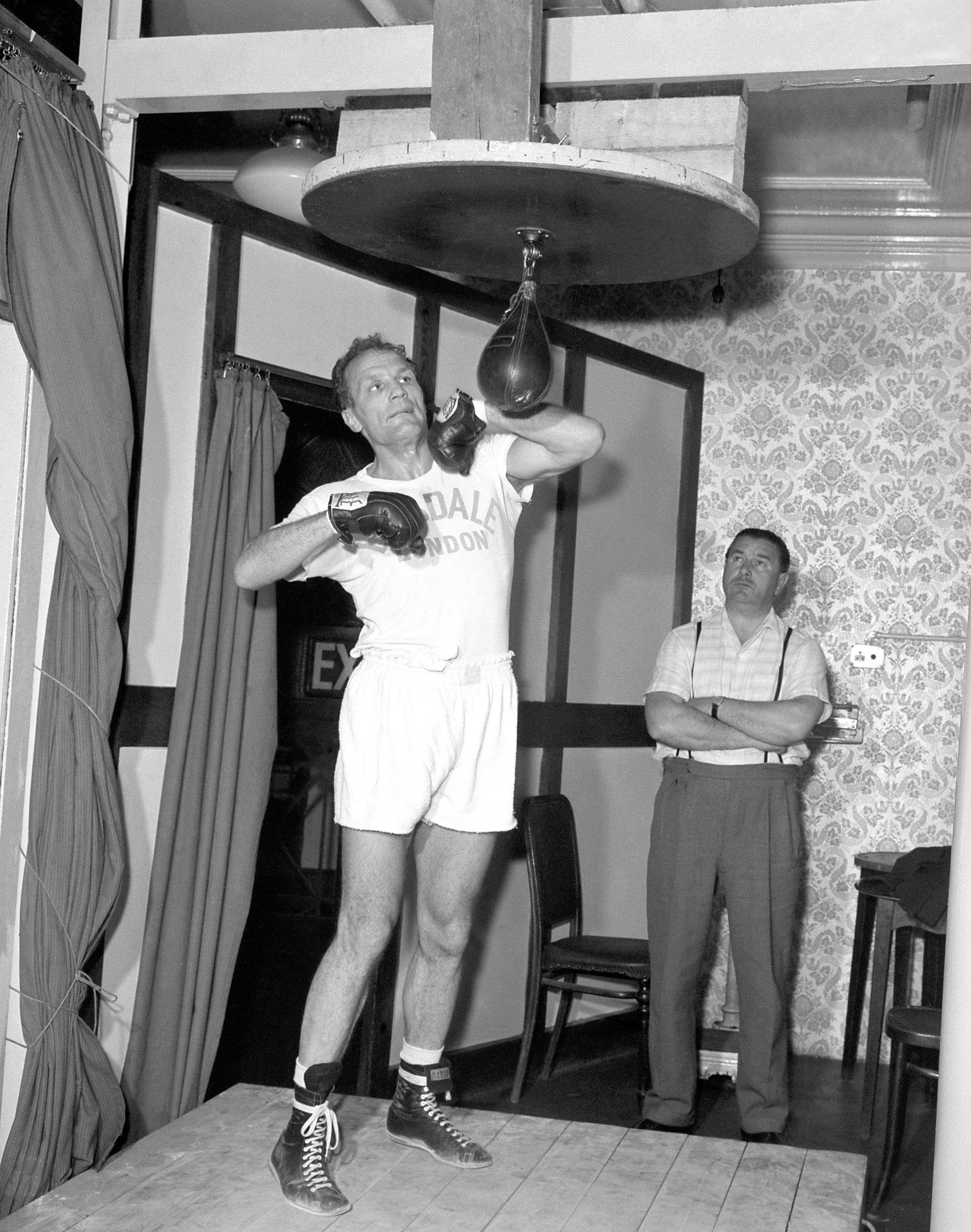 Boxing is an ancient sport and for a long time, anybody wanting to take part would have to go to a specific boxing gym to pound a punch bag or speedball. Boxing only became part of mainstream fitness 20 years ago, with the introduction of Boxercise classes.

“Boxing equipment has probably changed the least in the past 50 years, as we still have most of the same basic equipment we did all those years ago,” says George. “Although recent advances in technology have brought us electronic punch bags for tracking punch efficiency.

“Other than the obvious improvements in aesthetics regarding martial arts equipment in general, and a slight change in materials used, still to this day the mainstay in most boxing gyms is your traditional looking punch bag and speedballs.” 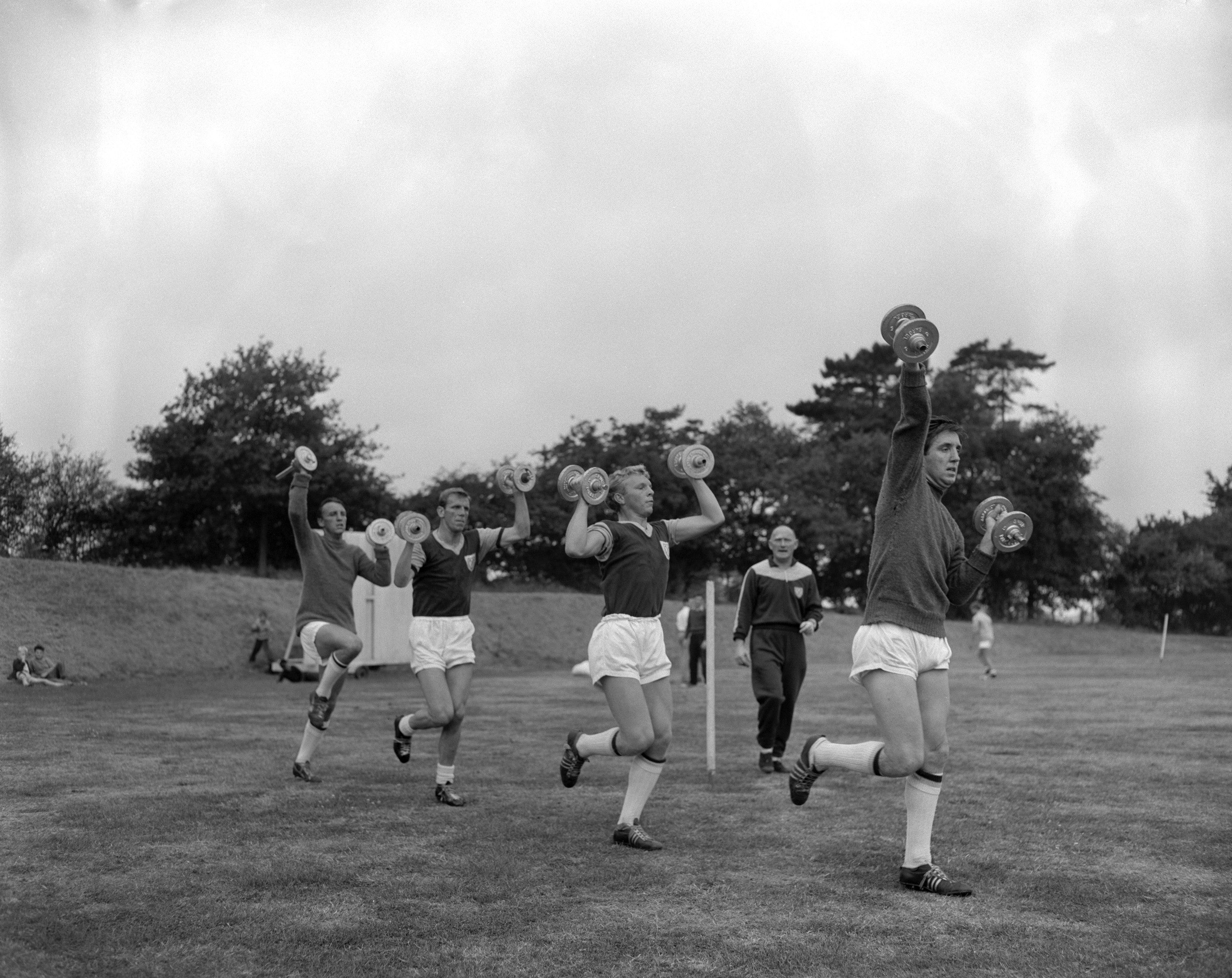 Pumping iron dates back to ancient Greece, when athletes would use things from nature to improve their strength, and the dumbbell was invented in the Tudor period to help novice church bell ringers develop their arm strength with a rope connected to a metal weight.

Weights became a staple in the first commercial gyms of the Sixties, and have remained that way ever since – and of course, weight training has become hugely popular in recent years.

“The vast array of weightlifting equipment has exploded since the Sixties,” says George. “The traditional barbell and plates are still a must in every gym and a staple in most training programmes. Although the way they look, and the concept, hasn’t changed drastically, materials and design quality definitely have.”