Want to cut down on sugar? Experts reveal how to be a Boldie and slash your intake in 6 simple steps

As boldies we all know too much sugar is bad for us – but quitting the habit is hard. TheBoldAge asks the experts for their top handy hints.

Easter might have, well and truly, come and gone, but many households across the UK will still be harbouring the remnants of chocolate eggs, foil-wrapped bunnies and other sweet treats.

If you’re diligently trying to avoid sugar after bingeing on goodies during the four-day weekend then kudos to you, as kicking the habit of a lifetime is easier said than done.

We all know that giving up refined sugar can be borderline impossible, even though it’s well-documented that too much of it is bad for us. Regularly consuming more than the NHS’ recommended limits – which is no more than 30g of ‘free sugars’ (that’s those added to foods, drinks and treats to sweeten them, plus some natural sugars such as those found in honey, syrup and fruit juice) in a day for adults – is associated with weight gain and an increased risk of serious health issues like heart disease and type 2 diabetes.

Summer is great time to think about scaling back – but it’s a good idea to be prepared with the right advice before you get started. After all, sometimes you need tips that go beyond purging your house of all temptations. 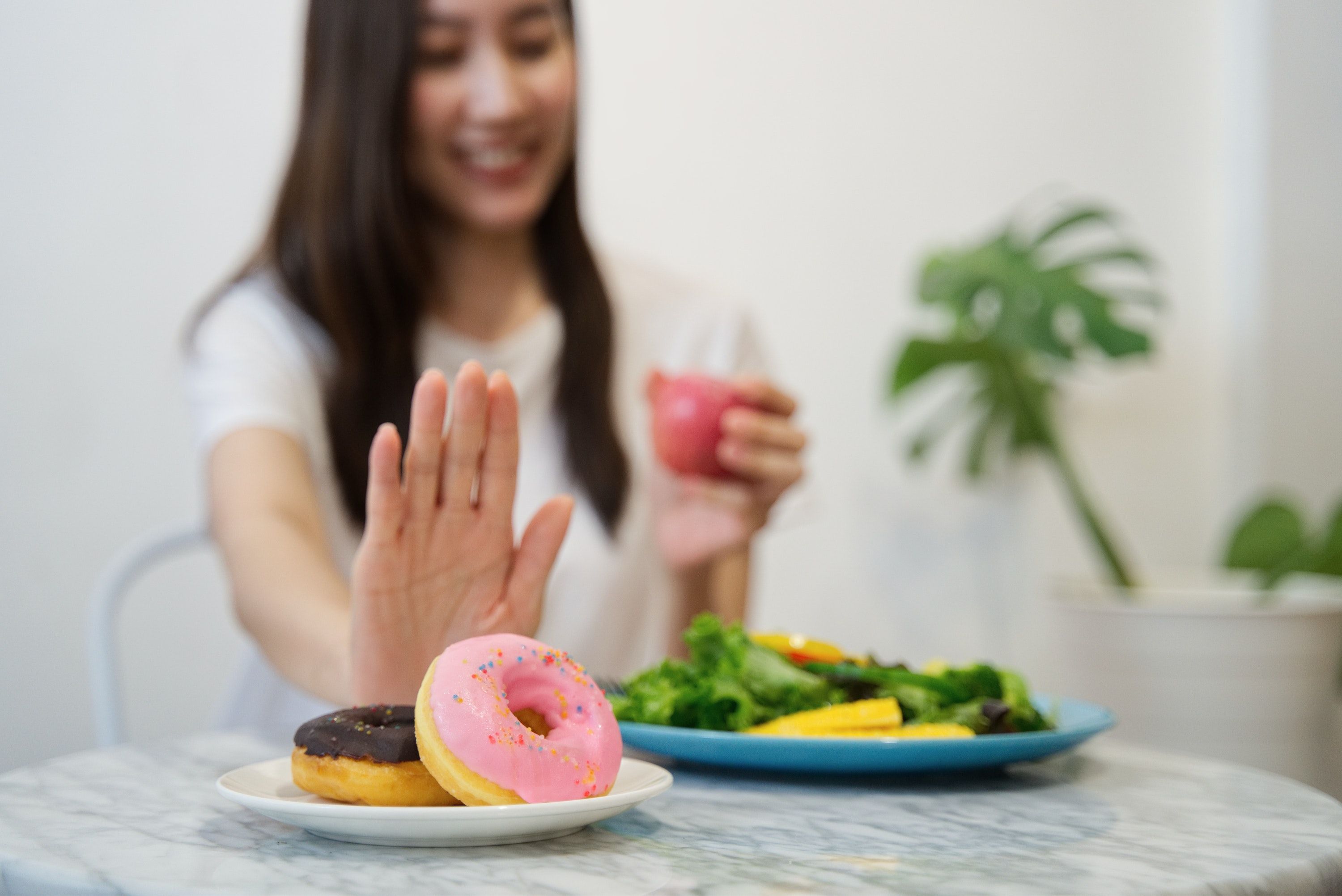 “Who says we need to quit all sugar?” says nutritionist Lily Soutter, speaking on behalf of cold pressed juice brand, Press (press-london.com). “Be savvy with what you give up instead.”

“While we need to be mindful of reducing our ‘free sugar’ intake, we don’t need to ditch all sugar. There is a lot of confusion as to whether we need to hold back on fruit consumption due to the sugar content, for instance,” she adds. “You may have heard rumours such as ‘bananas make you fat’, or that ‘fruit is high in sugar therefore unhealthy’. However, this is simply a myth.

“Fruit sugar is locked into a fibrous matrix, which can help to slow the release of sugar into the blood stream and keep us full. Fruit also comes with key vitamins, minerals and antioxidants which support health.”

Soutter explains that it’s ‘free sugars’ – which are mainly added by manufacturers to enhance flavour and have no nutritional value – that we should be weary of. “The current recommendations are that we cut back on free sugars to 30g per day. To put this into context, one tablespoon of honey comes with as much as 17g of free sugar – so that drizzle of honey you add to your porridge could be hitting your maximum intake of free sugar before 9am.”

“Be weary of ‘hidden sugars’ too,” adds Dr David Lewis, co-author of Fat Planet: The Obesity Trap And How We Can Escape It (askdrdavid.co.uk). “These are sugars that manufacturers introduce into a surprisingly wide range of foods under various guises. You might find them listed as: Sucrose, glucose, grape sugar, dextrose, maltose, ethyl maltol or fructose.” 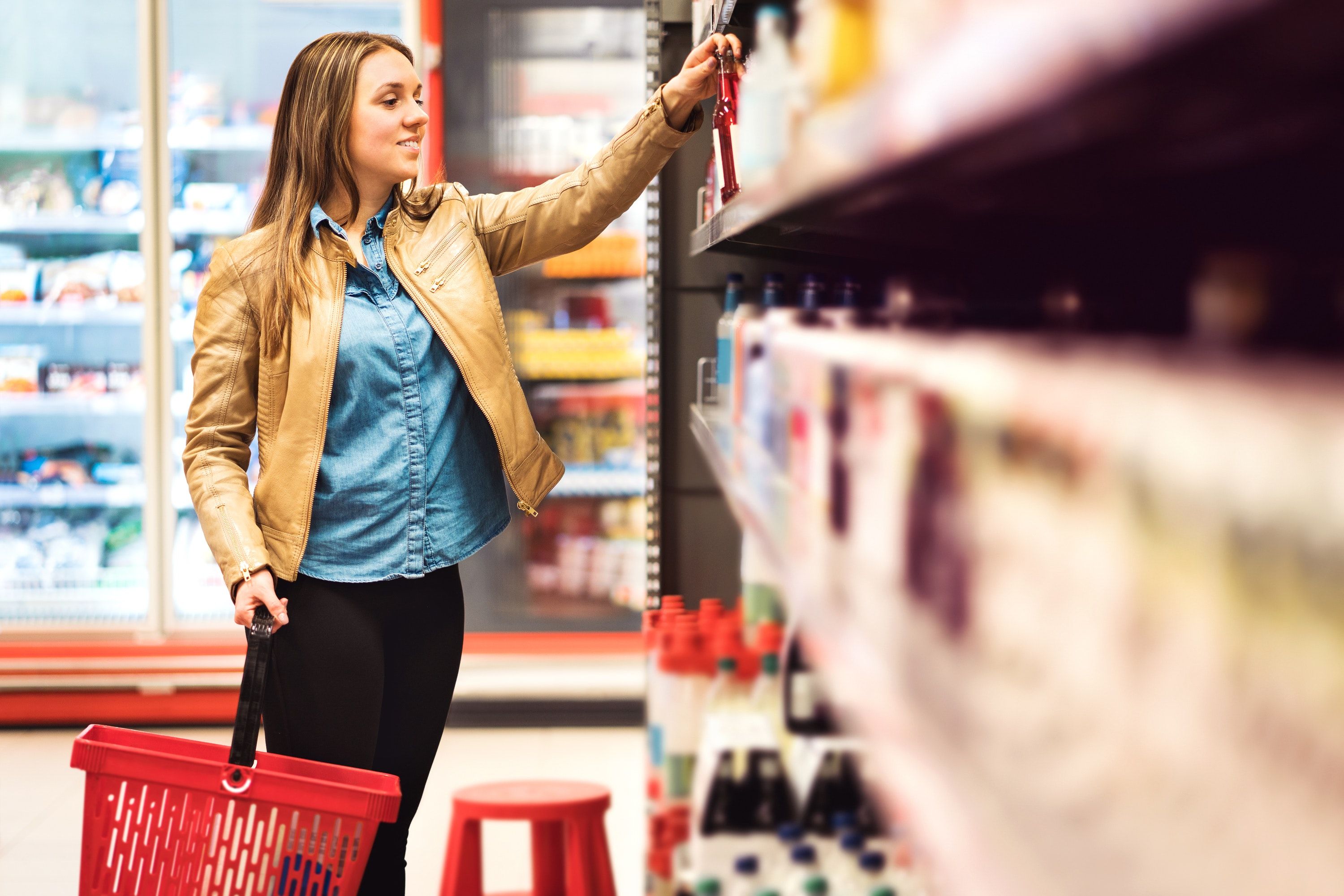 With this in mind, Lewis says it’s a good idea to get in the habit of reading food labels, so you can keep a record of how much you’re consuming.

According to Dr Will Breakey, founder of natural condiments brand Dr Wills , keeping a regular supply of water by your desk can help to ward off afternoon cravings for biscuits and sweets.

“Off-the-shelf bottles of fizzy drinks harbour lots of sugar and even the diet varieties contain potentially harmful sugar substitutes,” warns Breakey. “Buy yourself a BPA-free water bottle with a wide lid, so you can throw in natural flavourings like lemon wedges, orange segments, chopped strawberries and mint.

“Don’t forget to keep drinking in the evening, as studies have shown that staying well hydrated before bedtime can help to curb night-time sugar cravings.”

Keep a supply of frozen berries

If you’re looking to satiate your sweet tooth without cracking open a tub of Ben & Jerry’s, Dr Breakey says having a healthy supply of frozen berries in the freezer is a great combatant.

“Mixed with natural yoghurt, frozen raspberries and blueberries can give you a super quick ‘froyo’ dessert, which can stave off any post-dinner cravings for ice-cream.

“It’s a great food swap now that the warmer weather has arrived. If you let your berries thaw out a bit, you can also use them as a substitute for shop-bought jam too – just smash them on some wholegrain bread for a healthy breakfast hack.”

If you’re struggling to give up sugar at breakfast time, our experts suggest trying a spoonful of cinnamon instead of reaching for the honey pot.

“It might seem counter-intuitive – as cinnamon is usually associated with sweet treats – but adding a sprinkle of the spice to your porridge can help to ward off cravings for free sugars.”

The benefits of swapping in cinnamon don’t stop there either. “Cinnamon helps reduce blood-sugar levels because it slows stomach emptying and makes you feel full faster,” says Breakey. “You’ll only need a teaspoon daily – and you can sprinkle this into your coffee quite easily. The fresher the cinnamon the better, as its active ingredients begin to degrade over time.”

Get a good night’s sleep

“If you’ve ever found yourself munching your way through sugary quick-fix foods after a sleepless night, then science can explain why,” says Soutter. “Research has shown that sleep deprivation is associated with an increase in appetite, and a study published in the Journal of Clinical Endocrinology and Metabolism found that when sleep is restricted, our satiety hormone, leptin, decreases and our hunger hormone, ghrelin, increases.” 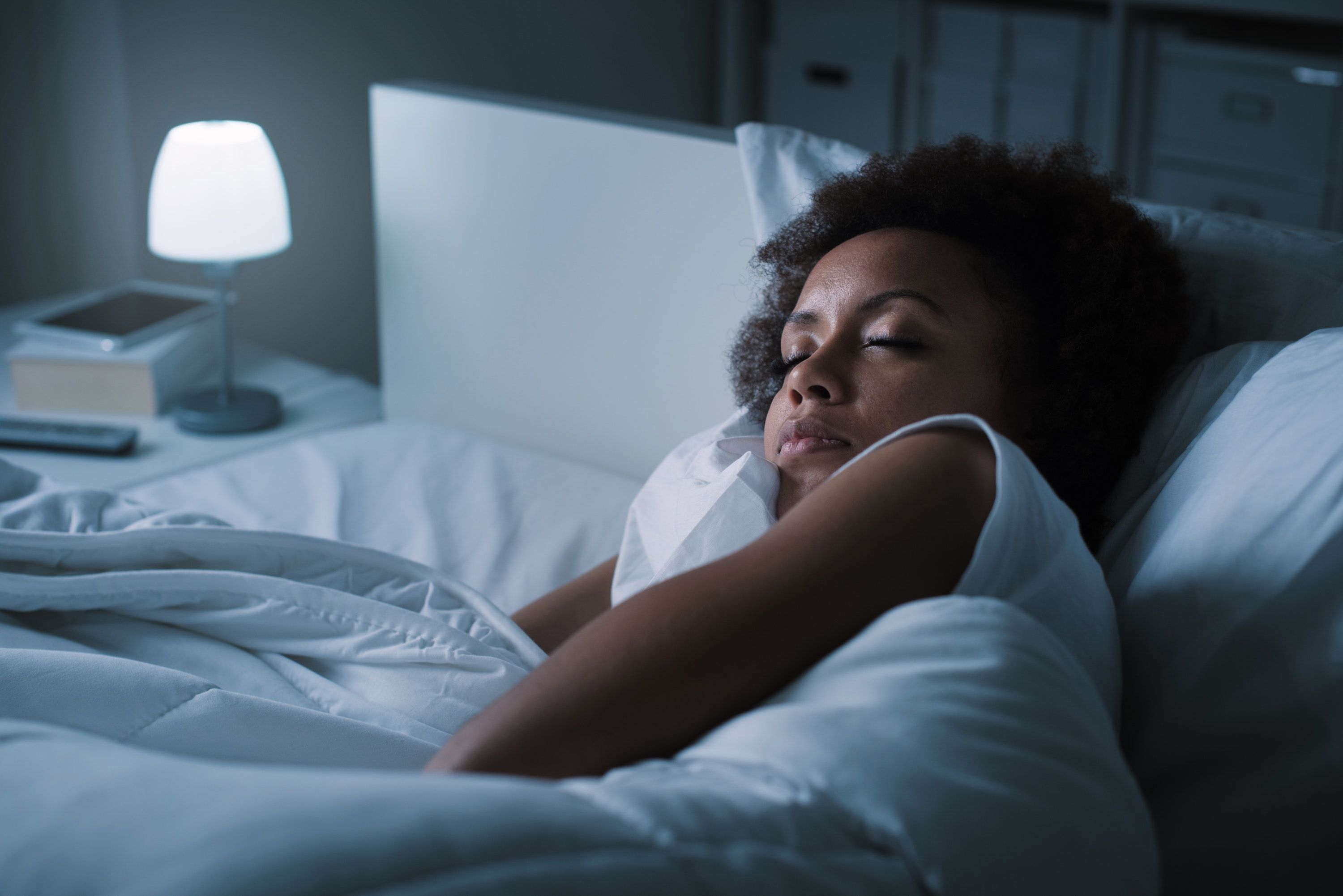 And lack of sleep may do more than just increase your appetite. “It’s also been shown to affect our food choices,” says Soutter. “Research from King’s College London found that sleep-deprived people on average consume 385 calories more per day than those who slept longer.”

Sleep deprivation can increase cravings for quick-fix foods such as sweets, salty snacks and high-calorie starchy foods, as the body looks for an instant boost of energy. So, if you’re often relying on a can of Coke to pull you through the afternoon, it might be signal to readdress your sleep schedule.

Be mindful of booze

The sugar content in beer or your favourite pre-mixed cocktail is something many people are surprised about, and your weekend tipple can easily send you well over the recommended daily-intake guidelines.

“Sure, alcohol isn’t great for us in general and lots of us are trying to cut down, but many of us still like a drink, so it pays to know the sugar content of each tipple,” says Dr Breakey.