Worried about getting older? How to embrace ageing positively

Could happier, healthy older age be all about mindset? TheBoldAge speaks to the author of a book aiming to transform our approach to ageing.

When it comes to getting older, we’re bombarded with negative messages daily – and we appear to have simply accepted them as truth.

The anti-ageing product market is huge (there’s big money in telling us wrinkles are something to halt and hate) and there are endless misconceptions and stereotypes, which can become a self-fulfilling prophecy for some in later life.

“You very seldom hear anyone talk with a positive sense around getting older,” says Guy Robertson, author of new book, The Ten Steps Of Positive Ageing, who is on a mission to change how we view older age, and help people embrace the later stages of life with a positivity, happiness and purpose.

The saying, ‘You look good for your age’, may be intended as a compliment, but really, says Robertson, “it all stems from the idea that getting older is something to be resisted at all costs”. 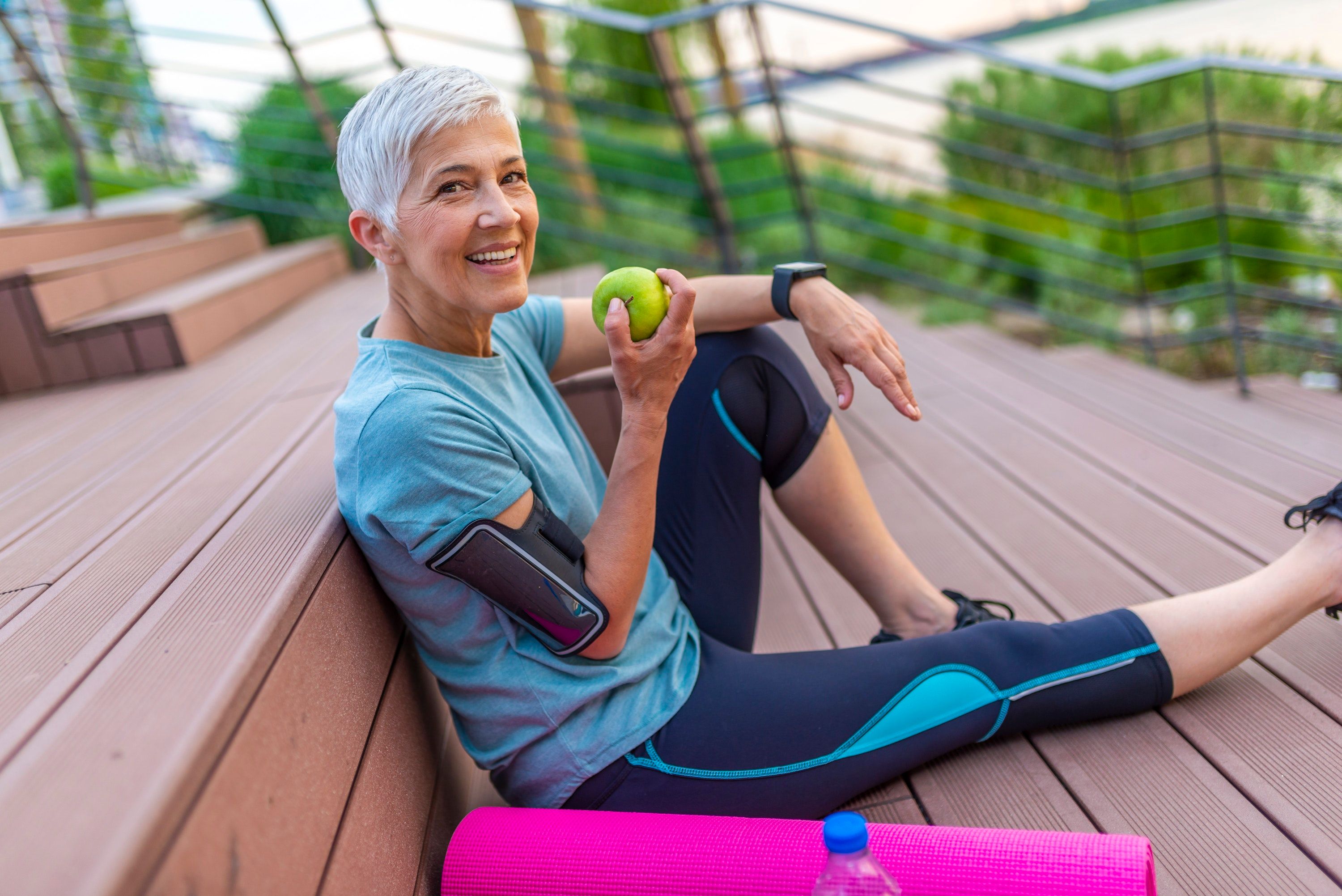 So how about instead of fearing old age and telling people they have to cling to their youth, we embrace the last 20-30 years of life with as much guts and gusto as we in our earlier years? What would happen if we started seeing ageing as a privilege, full of opportunity?

The impact on health

It would be naive to say ageing doesn’t have any negative impact on physical health, but Robertson’s book explores research showing that the way we think about ageing can further impact health and wellbeing – positively as well as negatively.

One study tested whether or not people felt positive about getting older and, 20 years later, cross referenced their answers with death records. “They found that people who had negative attitudes towards their own ageing died on average about seven-and-a-half years earlier than people who had more positive attitudes,” Robertson says.

Although there’s always more to the picture of course, he highlights there are links between this mindset and health outcomes – “people live less long, get ill more often, recover more slowly and don’t recover as fully. It’s that self-fulfilling prophecy that old age is going to be bad.”

So is it possible to turn this way of thinking on its head – and live healthier, happier lives as we get older? Robertson notes there’s an “overwhelming amount” of research to indicate that an optimistic outlook is good for us – that it improves longevity, physical health and emotional wellbeing.

A sense of perspective

It’s not easy to suddenly switch your mindset of course, and Robertson isn’t advocating a “rose-tinted spectacle view of ageing” – because of course ageing does have its downsides, including losing loved ones and a loss of some of our physical and mental functioning.

“But that’s not the only story,” he stresses. “People get wiser, they tend to be much happier, they have more emotional stability, they have more time to do things they might not have been able to do when they were younger.”

He says we also develop a better sense of self as we age and an ability to see the bigger picture more clearly. “As you get older, you realise you’ve got through other difficult things earlier on in your life, and get less debilitated by challenges.”

Robertson’s book explores 10 steps of positive ageing – including maintaining connections, adopting a mindful outlook, building resilience, and learning from your past – but he says a sense of purpose is “absolutely critical” for happy ageing. When retirement age hits, we’re frequently told to relax – it’s liberating! But what about after that?

“Of course, some think, ‘I can go on a cruise, put my feet up, play golf’. And yes, all these things are true and they do have value and will keep you happy for a while, but only for a while,” he says.”It can become very hollow, people can become quite anxious and depressed.”

So what is our place in society after retirement? “There’s generally no accepted view of what you do then, apart from have some fun and look after the grandchildren, but don’t use the NHS too much,” Robertson says. “It’s not a great sense of fulfilment.”

It’s also important to remember that people in later life can, and do, provide a huge contribution to society – from grandchild care and volunteering, to the income tax they still pay.

So, after you lose that daily sense of achievement that work may have provided for the last 40 or so years, Robertson suggests finding something that can help replace it: volunteer, keep learning new skills, find a way to contribute that helps you feel satisfied.

Besides, we’re living longer – retirement age can span 20 or 30 years. Of course, some people have long-term conditions and may have very serious declining health in older age, but thanks to medical advances, people with health problems are often living longer too.

We spend our youth looking towards the future, often forgetting to focus on the present, while in retirement age we might not want to look towards the future (although, ironically, you may be better at ‘living in the moment’). Robertson says it’s “really, really important” people don’t lose sight of the future though.

“The idea that the important time is age 20-50 is nonsensical. Every moment is really precious,” he says. “That 20 or 30 years will be better experience for us if we have a sense of where we want to go. What sort of place do you want to be living in? What sort of things do you want to have achieved in 20 years time? How do you want to look after your health?” The latter being arguably more important than its ever been.

Use mental pictures and visualise what your dream later life looks like. While it may not play out exactly as you imagine or hope, it can make a huge difference.

As Robertson notes: “If you’ve got a direction you’re going in, you’re more likely to end up with something you want.” 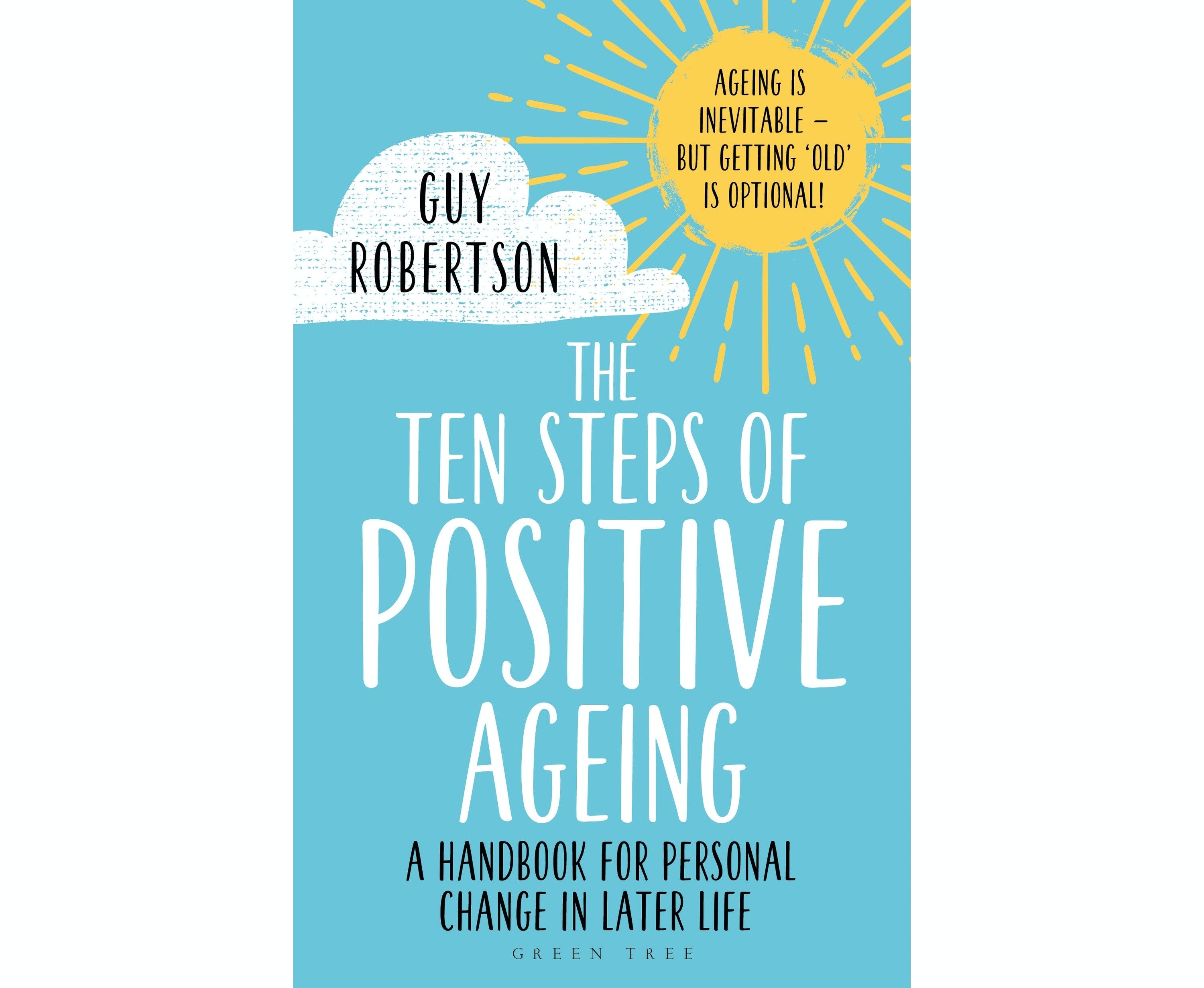 The Ten Steps Of Positive Ageing: A Handbook For Personal Change In Later Life by Guy Robertson, is published by Bloomsbury